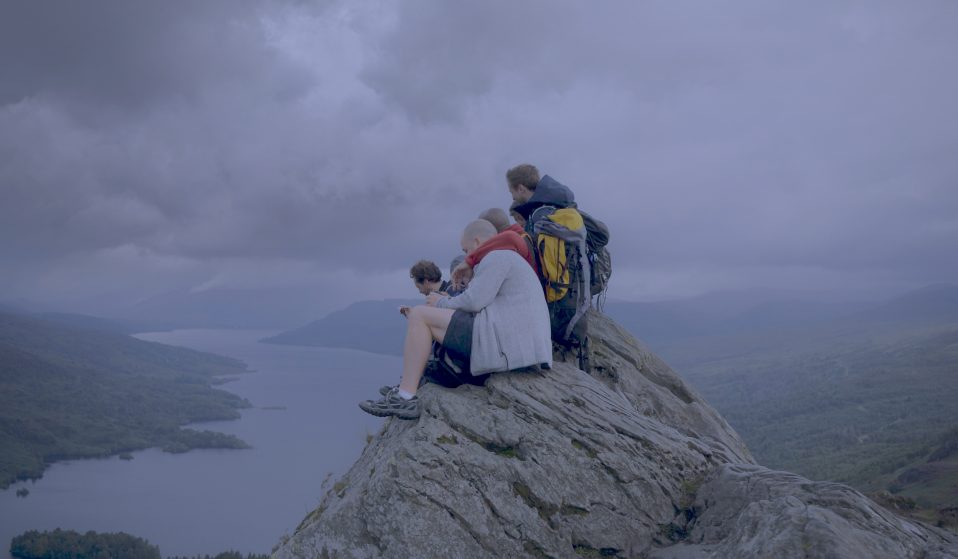 In Evelyn, a gut-wrenchingly personal new documentary, White Helmets director Orlando von Einsiedel tackles the subject of male suicide; telling the story of his brother’s death, and the effect it had on his friends and family.

In Evelyn, a gut-wrenchingly personal new documentary, White Helmets director Orlando von Einsiedel tackles the subject of male suicide; telling the story of his brother’s death, and the effect it had on his friends and family.

Anyone who grew up in London in the ‘90s will recognise parts of their own childhood from Evelyn’s home videos: the baggy jeans, awkward siblings caught on camera, dumb pranks and the trips to skate South Bank. Even though it’s someone else’s family, the grainy, hand-held footage is immediately relatable; conjuring up a nostalgic, near-distant past and awakening memories of familiar teenage years.

But for director Orlando von Einsiedel, watching this footage again was a harrowing experience. “Like a sucker punch,” he says. “It brought my brother back to life again. It was incredibly tough to watch, but it began to remind me who he really was throughout his life.”

Evelyn von Einsiedel took his own life 14 years ago. Since then, Orlando and the rest of his family have largely refused to discuss his brother and hidden those memories for over a decade. Finally, Orlando realised this was a deafening silence that could go on no longer. Reluctantly, he brought his family and friends together to address his brother’s suicide – and how it affected those left behind – over a series of memorial hikes through the British countryside, captured in documentary Evelyn.

“Men in my family struggle to articulate their emotions – we’re textbook, in that sense,” Orlando explains. “Two years ago, when Joanna [Natasegara, producer] suggested making a film about my family, I was completely floored by the question. Unbeknownst to her, it was actually the anniversary of my brother’s death. I got furious, ‘How dare you ask that?’ I hadn’t talked about Evelyn for years, let alone thought of making a film. The anger I felt then, eventually made me realise it was time to talk about the elephant in the room for my family.”

For the Oscar-winning director of Virunga and The White Helmets, experienced in shooting conflict zones like Afghanistan, Syria and the Democratic Republic of Congo, the biggest challenge with this project was not evading the M23 rebel militia or investigating illegal oil exploration, but turning the camera on himself. Through gritted teeth, Orlando painstakingly documented a gut-wrenchingly personal journey in search of catharsis.

“Naively, I thought this process would simply provide some closure,” Orlando explains. “As a filmmaker, you tend to think about things in neater realities, but real life is far more complicated. I thought me and my brother and sister all began with a level playing field, struggling with the same barriers. As things went on, it became really apparent it was me who struggled to talk. I wasn’t scared of appearing weak in front of anyone – but I just couldn’t drop the strong older brother armour with my brother and sister.”

Evelyn is, at times, an uncomfortably granular dissection of one family’s emotional struggle with loss; yet simultaneously a universal story about how families relate with each other; how they chat, bicker, laugh and cry together; but above all, how they discuss – or fail to discuss – uncomfortable truths. While making the film was a much-needed therapeutic process for his family, Orlando is committed to using it as a tool to kick-start a wider conversation about mental health and suicide; which remains the single biggest killer of young men in the UK.

“We love to walk as a family,” Orlando explains. “In memory of Evelyn, we chose to walk some of his favourite hiking routes around the UK. Walking together is a good opportunity to talk, but it can also take the pressure out of tough conversations – you can drop back and discussions can stop and start.” Walking together in the open countryside forms an almost protective space for the family. Compared to the usual stilted, talking head interviews, it works incredibly well as a documentary device, breaking open the body language for the viewer; with the radio mics often picking up things muttered under the breath, out of earshot of the others. 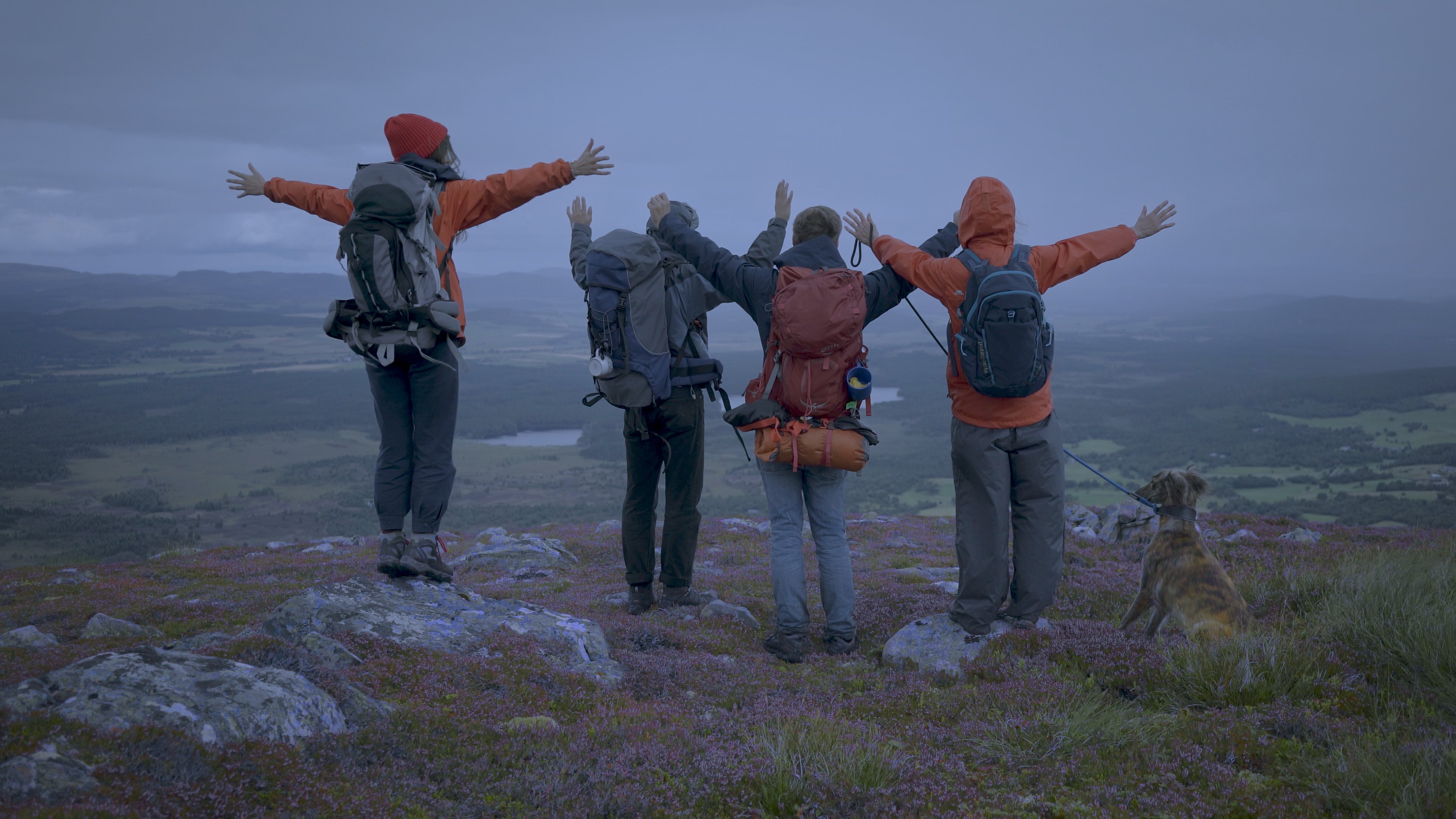 As the film goes on, it becomes increasingly clear that Orlando is using the filmmaking process as a wall to hide behind. “A director’s job is asking questions and I feel safe doing that,” he says. One of the most powerful moments in the film comes when Evelyn’s best friend Leon finally calls him out, physically takes the camera and turns it on Orlando. “You’re asking the questions so you don’t have to speak,” Leon says. “How can you tell other people’s stories, delve so deep into other people’s pain and not talk about your own issues? You opening up will help people.”

There are 5,000 suicides per year in the UK, and it’s estimated that each death affects around 120 people. With hundreds of thousands of people affected each year, the fact that society chooses not to discuss suicide speaks to the strength of the taboos that still persist. “Suicide is talked of as the most selfish act,” Orlando says. “But it’s an indication of how unwell people have become; they believe what they’re doing is a big favour for everyone else.”

With anyone who asks along the way, Orlando makes a point of being open; inspiring some incredibly frank and moving discussions with total strangers. “Normally you would have to know someone for a long time to talk about suicide,” Orlando explains. “But being vulnerable begets vulnerability. Providing people an opening allowed these extraordinary conversations to happen.” Simon, an ex-serviceman, relates how three of his friends have ended their lives after returning home from combat. While John, an ice cream man who lost his mother, articulates the issue so clearly and succinctly that his words have stayed with Orlando ever since: “It’s just an illness. Talking about it makes it better.”

“Making this film was incredibly hard. During the edit, I came out in red blotches all over my body – the stress had manifested itself across my skin,” Orlando explains. “People start watching my family, but I hope it becomes about their own families; their own relationships and the things they haven’t dealt with in their own lives. That’s when the film has power: when you start to reach out to someone else. But at the macro level, I hope it engages people around the world and opens up space to talk about suicide.”

As with each of Orlando’s previous films, he is collaborating with producer Joanna Natasegara to amplify the film’s message through action around the film. To force the issue up the agenda and support those affected personally, they’ve organised talks and walks after each screening of Evelyn with charity partners CALM and Samaritans.

Globally, an estimated 20 million families are affected by a suicide attempt each year, and 800,000 of those people die. Near the end of the film, after many tears, heated exchanges and group hugs, Orlando’s younger brother captures a truth that rings true for the whole family – but also for the world beyond, too. “I don’t think we’ve dealt with it yet,” Robin reflects. “This should be an ongoing conversation.” 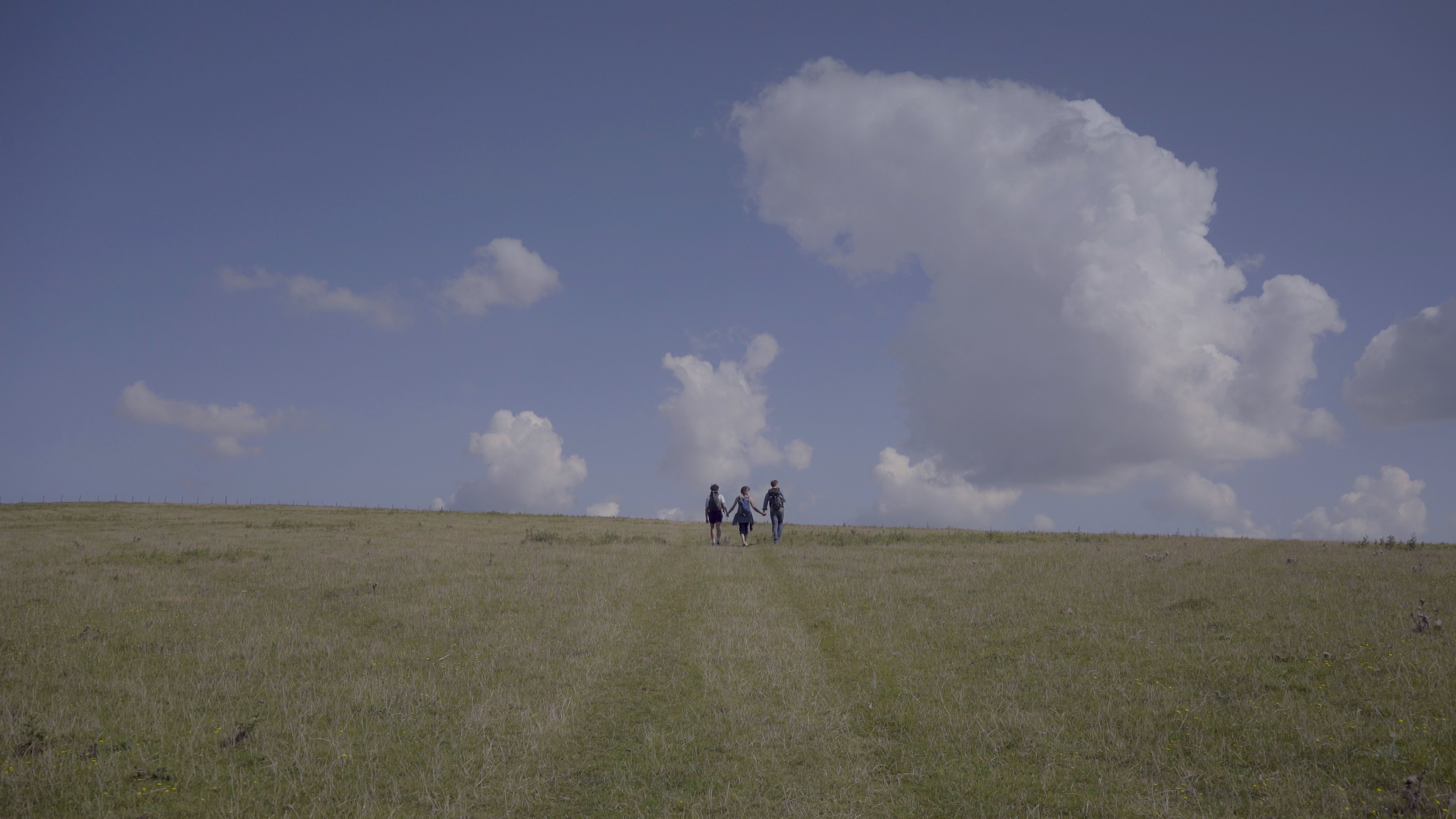 Learn more about Evelyn on the film’s official website.

Linkedin
RELATED ARTICLES
OTHER ARTICLES
The photographer reflects on building trust with his subjects and using the street as his studio.
Photographer Alice Mann reflects on capturing the camaraderie and discipline it takes to succeed in a highly-competitive sport.
Photographer Melanie Nissen recalls capturing the characters, fashions and rarefied chaos of a rapidly-expanding set of punk bands who helped to redefine the genre.
From Brooklyn gang members, to Welsh miners and the residents of East Harlem, Bruce Davidson used his camera to shine a light on the most marginalised.
In the UK, Hongkongers are continuing to stand in solidarity with the pro-democracy movement.
Those set to be impacted by the governments ’undemocratic’ bill explain why it risks silencing them.