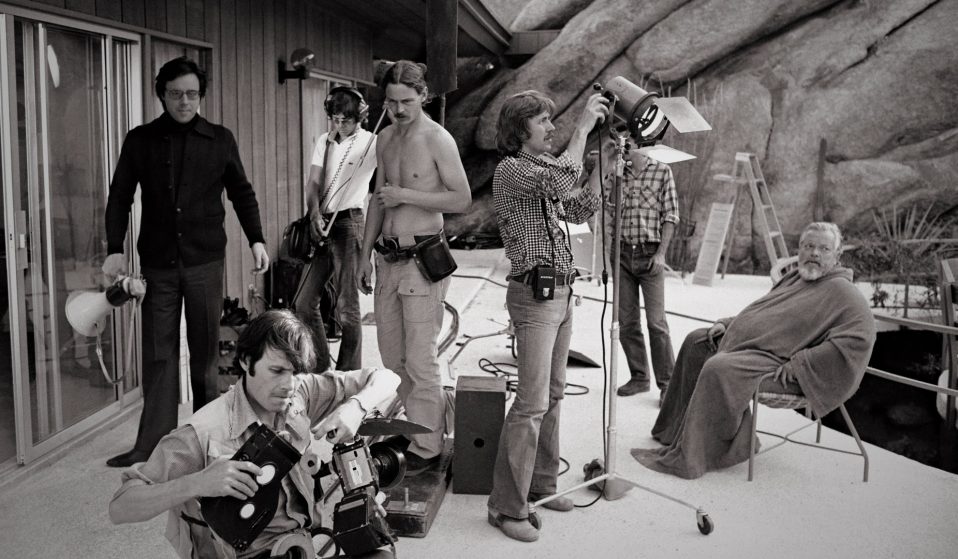 A documentary looks back on the decade leading up to Welles’ death, following him as he struggles to complete the film intended as his magnum opus.

As the world gears up for The Other Side of the Wind – Orson Welles’ unfinished film, released after 40 years – a new documentary looks back on the decade leading up to his death, as he struggled to complete his magnum opus.

Intended as the director’s magnum opus, Orson Welles’ The Other Side of the Wind is one of the most famous films never to be completed. Or, at least it was.

Thanks to the efforts of various parties over the years (and a hefty cash injection from Netflix to get the existing footage out of rights limbo), a full version of the film – which tells the story of an ageing director struggling to revive his career – has finally been finished. After a wait of more than 40 years, it will be available on the streaming service from 2 November.

In conjunction, Netflix are releasing a feature-length documentary on the very same day, which covers the decade prior to Welles’ death in 1985. Titled They’ll Love Me When I’m Dead, it follows the late filmmaker as he struggles to get The Other Side of the Wind made.

See, you’ll note that both Welles’ film and the subsequent doc are about the exact same thing: a Hollywood director emerging from semi-exile with plans to complete work on an experimental movie. Whereas the latter is explicitly about Welles, the former replaces him with a fictional surrogate, played by John Huston.

Morgan Neville, an Oscar-winner for 20 Feet from Stardom, directs the documentary. He’s also behind Won’t You Be My Neighbor?, a film about kindly American television personality Mister Rogers, which is now reaching UK cinemas after becoming one of the highest-grossing documentaries ever at the North American box office.

At this year’s BFI London Film Festival, where both films played, Huck spoke to Neville about his relationship with Welles, the trials of completing his own project and his thoughts on the future of documentary filmmaking.

What had been your own relationship to Orson Welles’ work prior to making They’ll Love Me When I’m Dead?
Orson was like a god in my house growing up. I grew up in a house of cineastes and my dad had a massive Betamax collection and most of Orson’s films. I’d seen most of his movies as a teenager and even gone to trace Orson’s footsteps on trips.

He was this towering figure and then he died on my 18th birthday, and I remember, vividly, my 18th birthday being sad because of that. So, I’d loved Orson, but I never thought I’d make a film about him. I’ve been reading books and watching documentaries on Orson forever, but I didn’t think there was a fresh story to tell.

But then, when I read Josh Karp’s book Orson Welles’s Last Movie, I thought if I could ever get my hands on this footage from 40 years ago, that there’s got to be an incredible documentary to be made. Orson was making a movie about a film director at the end of his life that can’t finish a movie. It’s told as a documentary around a movie. It just seemed like the most perfect meta-material to make a story.

What happened from there?
I reached out to Josh and we started working together – he hooked me up with Frank Marshall, who’d spent decades trying to get the footage out of Paris. Frank said, “The good news is I think we’re just about done closing the deal. We should have the footage in six weeks. You can make a documentary, we’ll finish the feature.”

I got prepared and the call didn’t come for three years. I got updates, but it was an incredibly difficult legal situation to get the footage – to free it. Part of that, I’m told, was that Orson for the last part of his life refused to ever sign any kind of legal paper. I guess if you’re Orson you can get away with never signing anything, but it leaves a certain legal dispute.

What it took was somebody to come along and write a really big cheque to pay off the stakeholders and be able to get the footage. Netflix showed up and said they’d do it. We weren’t even going to make the documentary at the same time as the feature. But Netflix said, “We want them both. Let’s do it all now.” Which was great, but it wasn’t until the footage was actually being shipped from Paris to Los Angeles that I believed it. 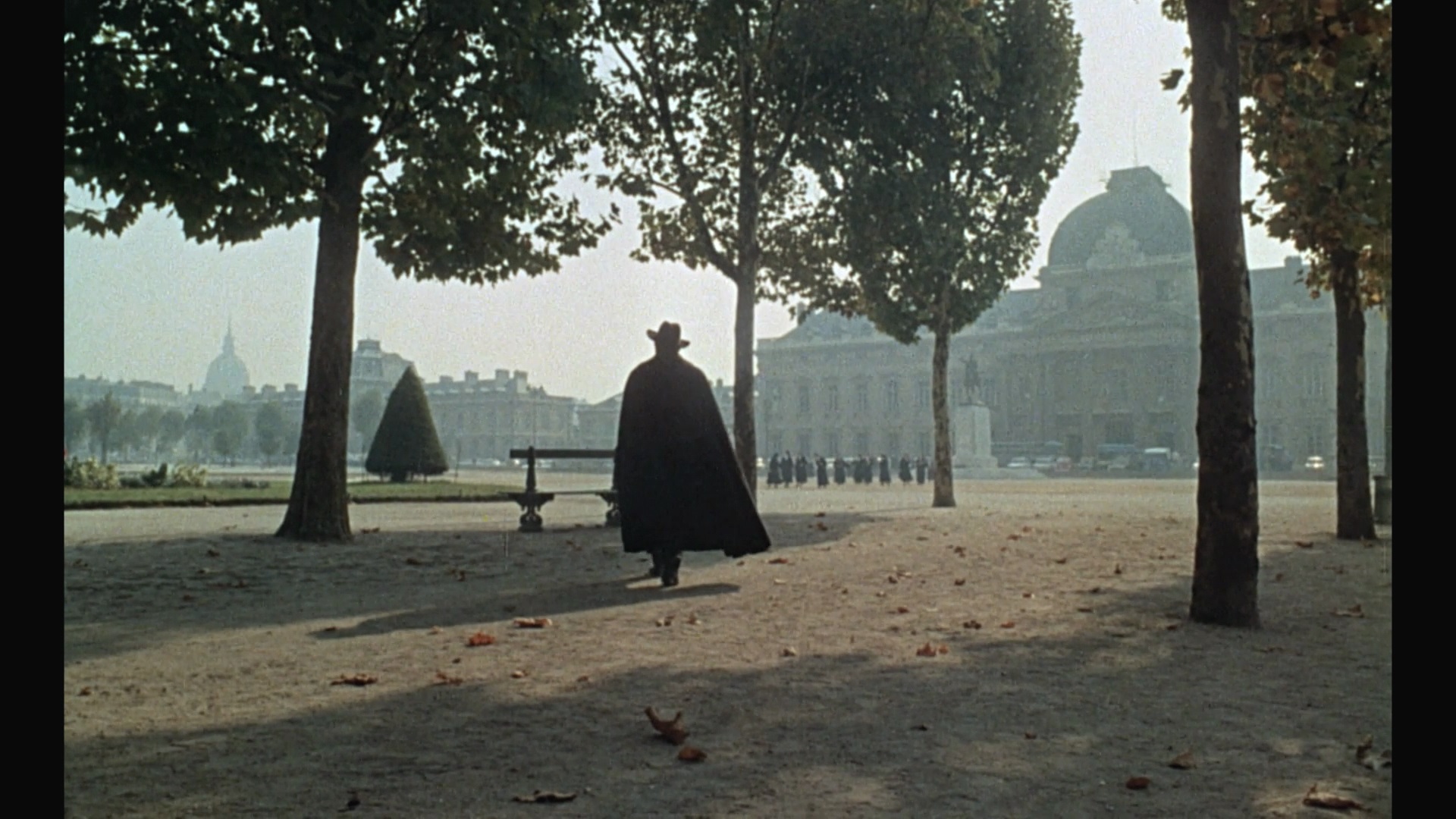 In the documentary, there’s this exploration of Citizen Kane as this giant thing always looming over all of Welles’ endeavours. Was it important for you to focus on his career’s ‘deep cuts’ for a fresh look?
Kane hung over Orson like the sword of Damocles – this thing that he would live in constant dread of. In fact, just yesterday, I met a woman who knew Orson – she told me a story that they were in a restaurant and they had this wonderful evening and Orson charmed everybody with stories all night. At the very end of the night, the waiter came over and said, “Mr Welles, I just have one question to ask you: what’s the significance of Rosebud?” She said Welles’ face just dropped. And that must have happened to him all the time.

It felt like he couldn’t escape this thing he had done as a young man and in many ways was trying to blow up later in life. Part of it for us is showing that he did make some other amazing films and, in whatever form it comes out in, The Other Side of the Wind was undeniably the most experimental thing Orson ever worked on in his life. How much of a guerrilla filmmaker Orson was at the end of his life is incredibly inspiring.

Orson Welles and Fred (Mister) Rogers don’t seem like figures who would necessarily have a lot in common. Do you think they share any qualities?
They’re both just figures who I found incredibly interesting, but I think they’re both people who could care less about what the popular conception of their medium was. They were both people who had incredible will and did what they wanted regardless of its popularity, or how it [would] fit into the narrative for what other people wanted.

My definition of a heroic artist is somebody who cares less about trends and audiences and just listens to their own inner voice. In that way, I find them similar characters, even though they’re drastically different in terms of their subject matter.

Do you feel there is any homogenisation in documentary filmmaking at the moment?
No, I think there’s far less homogenisation. I mean, 10 years ago when there were fewer outlets, whether in the UK or in America, there was more a case of certain needs of a biographical documentary. And if I just look at the documentaries coming out now, there’s some very interesting ones. Just this year alone, films like Hale County This Morning, This Evening; Shirkers; Minding the Gap; Bisbee ’17.

There are a lot of interesting things happening, so I don’t feel like it’s homogenising. I actually feel the opposite, that doc filmmaking is getting better and better. It’s a good time to be making documentaries. I’ve been doing it for 25 years and it’s never been this good. 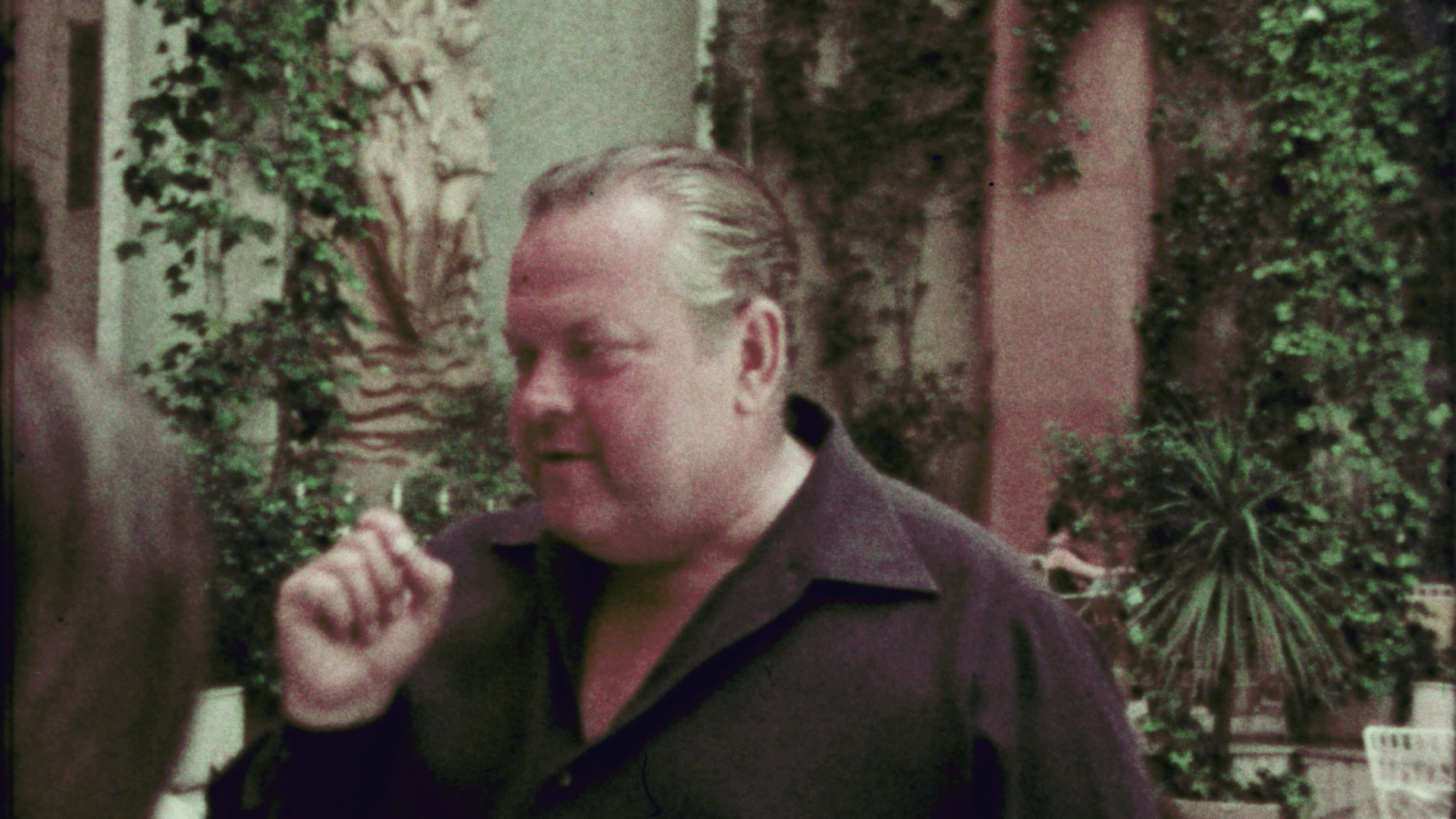 They’ll Love Me When I’m Dead and the finished version of The Other Side of the Wind are available on Netflix from 2 November, 2018.

Linkedin
RELATED ARTICLES
OTHER ARTICLES
From the Yakuza to a biker gang, Bruce Gilden recounts capturing Tokyo and Osaka in the ‘90s.
New legislation is set to make it more difficult to hold Israel accountable for its human rights abuses.
Members of the collective share some of their reasons to run as part of #UnitedBySummits, a campaign that looks to uncover transformative power of the outdoors.
The government is scrapping the Human Rights Act in a move that will hit marginalised people hardest.
Over the weekend, London locals came together to resist a pre-planned police raid targeting delivery drivers.
While protests over abortion rights rage in the US, access to abortion services is still almost nonexistent in parts of the UK.