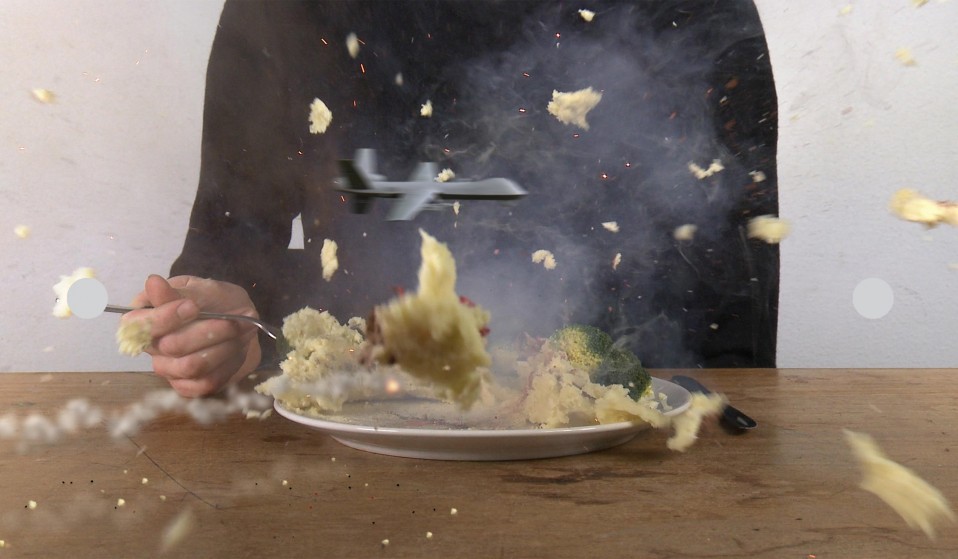 Every year Flatpack Film Festival turns Birmingham into a buzzing mecca for alternative cinephiles who scour the city’s bars, galleries, museums, pubs and other random makeshift spaces for weird and wonderful cinematic treats.

Flatpack’s definition of film stretches far beyond that used by traditional festivals and it serves up short films, animated treats, retro oddities, interactive cinema, live music and a lot of partying.

Before the Flatpack London warm up party at Hackney Picturehouse on Friday, March 6, we spoke to programmer Sam Groves for his pick of the best alternative music videos from this year’s festival.

“I always think of music videos in pretty broad terms (as you’ll see),” Sam says. “For me, it doesn’t necessarily have to be a promo for a musician or a band; it can be something much more innovative and interesting.

“This eclectic batch are taken from five different programmes, and include Japanese Animator Mirai Mizue’s brilliantly vibrant Poker, a French poem turned into a song from our family programme, a bizarre short about a pony’s daytime adventure, a choreographed dance film about Shia Labeouf, and a Grandmaster Flash music video handpicked from a Zbigniew Rybczynski retrospective.”

From one of our animation programmes, Beyond the Realm.

From one of our colour box (family) programmes, Shape Shifters.

Lesley the Pony has an A+ Day! (dir. Christian Larrave)

From a programme of shorts celebrating LGBT, camp, and queer culture, LOLGBT.

From a retrospective of the Polish filmmaker, Zbigniew Rybczynski: Media Pioneer.

Flatpack Film Festival runs 19-29 March in venues all over Birmingham. Catch the London warm up party at Hackney Picturehouse Friday, March 6 from 7.

Linkedin
RELATED ARTICLES
OTHER ARTICLES
Whether it's partygate, the climate crisis or the spiralling cost of living, the fightback begins on the picket lines writes Tommy Vickerstaff
The singer-songwriter discusses her intimate new project – and the advice she’s picked up across a career as one of rock’s leading voices.
A new edition of a seminal book brings together iconic images of the band onstage in their full glory and backstage in moments of unguarded camaraderie.
The past five years have seen a staggering increase in foodbank usage across the UK. Now, staff fear things are set to get much worse.
A new report has found that the majority of Britains approach trans issues with compassion. It’s about time this was reflected by our media landscape.
Over the years, a swimming hole in a city park has evolved into a magnetic meeting place for Philadelphians – a hideaway where people can connect with the natural landscape, and each other.