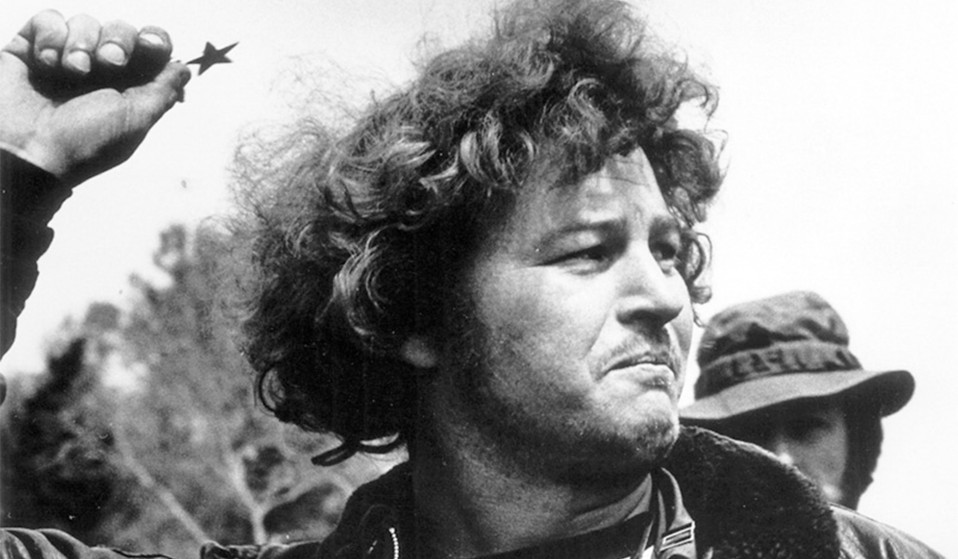 From Dogtown to the Moon via Sea World, Huck and our readers share the documentaries that changed how we see the world.

From Dogtown to the Moon via Sea World, Huck and our readers share the documentaries that changed how we see the world.

We’re great believers in the power of documentary to change how we see the world.

Since Huck was born almost a decade ago, we’ve championed storytellers who work with film, photography and journalism to shine a light on what’s happening around us and reveal a new perspective on our shared reality.

In partnership with the Dogwoof Weekender, a series of screenings at London’s ICA to celebrate the distributor’s ten years of supporting documentary filmmaking, this week we asked you to share the docs that changed how you see the world.

Here are Huck’s top perspective-shifting docs alongside your shout outs.

“Dogtown and Z Boys reminded me why I fell in love with skateboarding as a kid. After watching it I dug out my Dad’s 30 year old Gordon and Smith warptail board and went out and cruised the hills of my hometown. Nothing like it. It still gives me a buzz and gets a watch each winter.” – Jevon Downer

Banksy’s mysterious meta-documentary broke new ground in filmmaking and posed the question ‘Is street art just a load of bollocks?’

Composed mainly of public testimony from returning vets, Winter Soldier comes closest to exposing the true brutality of the Vietnam war and the destruction wreaked on South East Asia by the US military.

“I always felt odd about sealife parks, but felt somehow they must ‘know best’… impossible after watching Blackfish. Eye-opening and heart-breaking.” – Louise Stone

In a country where basic survival is a daily struggle for many, with no welfare or charitable support for the disabled, this story of a group of Congolese musicians is uniquely inspirational.

“Sound and Fury asks ‘if you could make your deaf child hear, would you?’ If you think you know the answer… you don’t. The film invites you to step inside deaf culture and overturns your preconceptions.” – Zach Sebastian

Errol Morris’ The Thin Blue Line revealed the corruption in the US justice system and got a wrongly convicted man’s life sentence dropped. The film also questioned the ‘truthfulness’ of documentary footage and introduced the idea of re-enactment ability to convey deeper truths.

Werner Herzog explores insanity, obsession and our relationship with animals through grizzly bear activist Timothy Treadwell’s footage of his life among the bears that eventually killed him and his partner Amie Huguenard.

Baraka steers away from traditional narrative techniques to create a thought-provoking, dialogue and plot free spectacle which speaks in an engrossing, purely visual language.

In The Shadow of the Moon

In the Shadow of the Moon brings together 10 of the 12 surviving astronauts from nine Apollo space missions to tell their own tale in their own words. It soars because it feels like a slice of granddad’s story-time.

Linkedin
RELATED ARTICLES
OTHER ARTICLES
Over the years, a swimming hole in a city park has evolved into a magnetic meeting place for Philadelphians – a hideaway where people can connect with the natural landscape, and each other.
Finland-born photographer Sirkka-Liisa Konttinen looks back on her decades-long documentation of life in Northern England.
With inflation now at a 40-year-high of 9 per cent, demonstrations organised by TUC took place to demand action from the government.
Freddie Miller’s new series of photographs investigates who today’s trainspotters are and what drives their unfettered enthusiasm.
Proposals to introduce a minimum GCSE threshold for student loans will disproportionately affect those from marginalised backgrounds.
A new edition of a seminal book brings together iconic images of the band onstage in their full glory and backstage in moments of unguarded camaraderie.