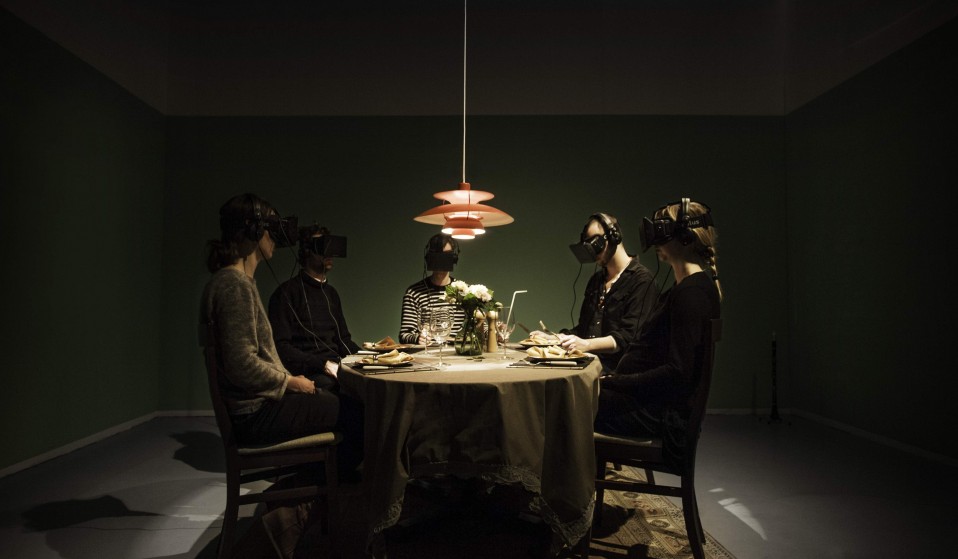 From Oculus Rift installations to internet cats, there really is no film festival out there quite like Flatpack. We spoke to programmer Sam Groves to uncover the method behind the madness.

From Oculus Rift installations to internet cats, there really is no film festival out there quite like Flatpack. We spoke to programmer Sam Groves to uncover the method behind the madness.

Flatpack Film Festival kicks off its 9th edition across Birmingham this weekend, running March 19-29. With over 120 events, from ‘knitted cinema’ to a human-scale zoetrope, across 30 different venues, it’s hard to think of a more innovative and exciting film fest in the UK. Huck caught up with programmer Sam Groves to find out how Flatpack is so different to anything else out there. 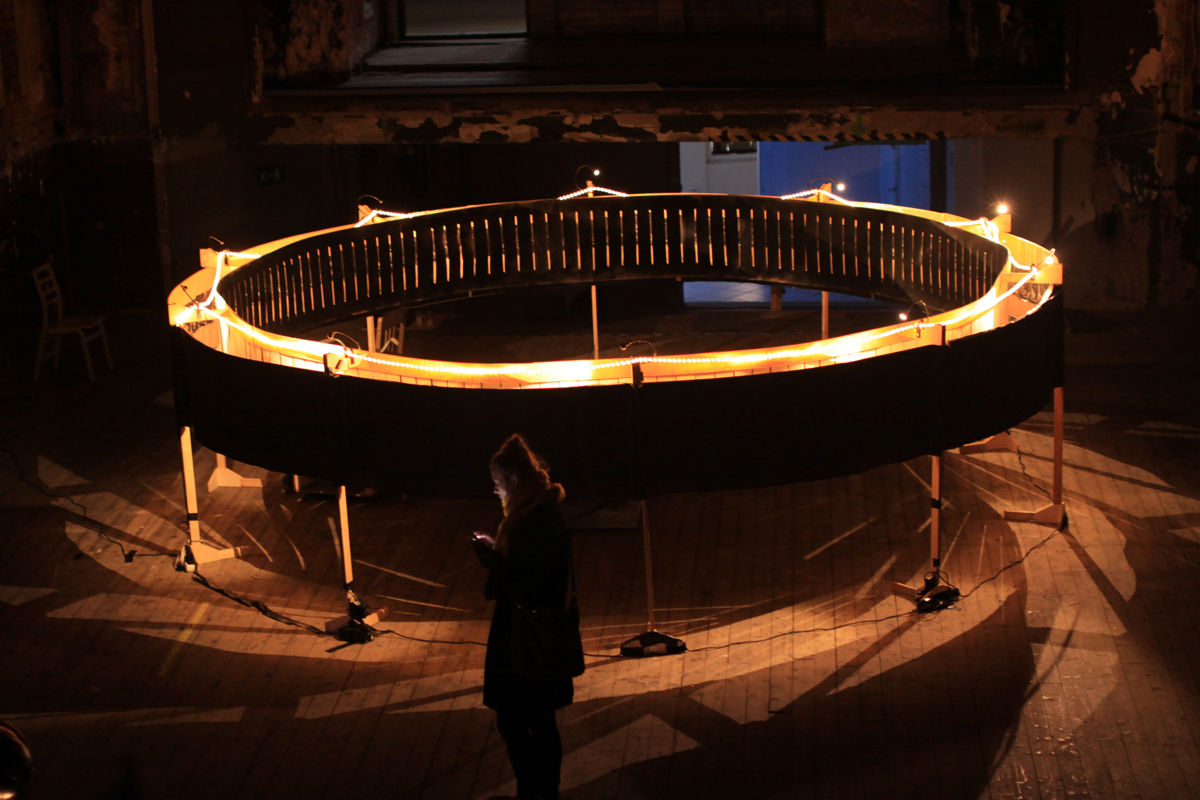 Flatpack is not your regular film festival. As Sam explains, the festival’s founders Pip McKnight and Ian Francis, “were very much interested in where film rubs up against other art forms, and where other art forms bleed into film. They saw that grey area as this fertile ground which wasn’t being explored that much at other film festivals, so they wanted to do something more interesting.” With installations (including immersive Oculus Rift installation, The Doghouse), walks, talks, archive pieces, live music, world-class shadow puppetry and a whole session devoted to internet cats, there will be something for everyone over the ten days of the festival. There are regular screenings as well, with Serbian Cannes favourite The Tribe and French gang-drama Girlhood catching our attention.

“The festival’s been growing every year since it began in 2006,” says Sam. “Every year it’s got bigger in terms of its budget, in terms of its reputation and in terms of the international guests who come over.” This year Flatpack’s international roster includes Swedish auteur Roy Andersson’s Living trilogy alongside some of his more formative works. Other global highlights include the UK premiere of Japanese duo Usaginingen, who combine film and live performance creating real-time visuals with a live soundtrack and the Sudanese-South African documentary Beats of the Antonov that explores the role of music as a survival strategy for victims of Sudan’s civil war. 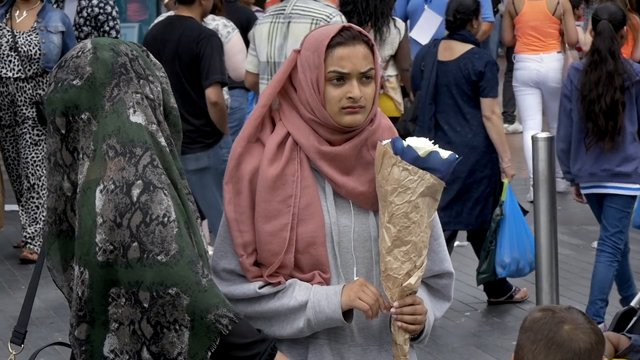 From Geoff Broadway’s Between Us: Birmingham Portraits.

It’s not all about international movies. Flatpack is Brummie through-and-through and builds on Birmingham’s rich cinematic history. As Sam explains, “One project that we’re kicking off this year is called Celluloid City, in which we’re looking at all of the old cinemas in Birmingham. During the 1940s the city boasted over 100 cinemas and so we’re trying to interview people who remember them from the silent era. We’re going to put together a website which is dedicated to people’s memories and hopefully go into some of the old buildings and put on screenings.” This year’s festival will also pay tribute to Philip Donnellan, the BBC documentarian who portrayed 1960s life in the Midlands with fierce yet poetic realism. The Birmingham of today is celebrated in Geoff Broadway’s street photography-inspired piece Between Us: Birmingham Portraits.

Breaking out of the cinema 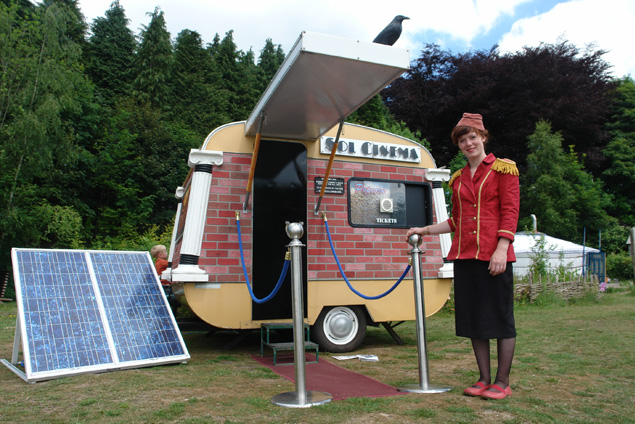 Screenings at venues in established cinemas like The Electric (the oldest working cinema in the country) get in the regular filmgoers. But Flatpack have broader horizons and by holding events in unorthodox spots like cafes and public squares they’re bringing the arts to the broader population of the city. “Having public interventions and installations in spaces all over the city is quite a good way of reaching new audiences,” says Sam. “We’re always trying to find new people so they can come and enjoy the things we put on. One of my favourite ever Flatpack events was in a Chinese old people’s home in the centre of Birmingham. We put on a screening there, had a bit of Chinese food and had loads of the normal festival punters mixing with these elderly Chinese people. It was such a cool event. There’s no way any of these elderly Chinese people would come to a Flatpack event, I’m pretty sure, and they may not have been to anything since, but there were there for that and it was great.”

Fostering the Next Generation of Filmmakers

A new collaboration with Birmingham City University means that young film enthusiasts can get involved with the festival and filmmaking. “I’ve worked with a group of students to co-curate a strand of the festival called Swipeside, which features an exhibition of nine works from Finnish animators,” Sam explains. Once the festival’s over, Flatpack will also be holding workshops for upcoming filmmakers. “We’re looking to help filmmakers who are trying to make the next step from a couple of shorts to a feature, or if they’re looking to get something submitted to Cannes,” he says. “We’re trying to enable them and give them the tools so they can get on up to the next step.”

Flatpack Film Festival runs at venues across Birmingham from March 19-29.

Linkedin
RELATED ARTICLES
OTHER ARTICLES
Wealth inequality and the rising cost of socialising is placing a strain on people’s relationships, reports Eve Upton-Clark.
The author discusses the all-consuming nature of heartbreak, and turning the experience into an incisive exploration of love and loss.
In her new book, the author explores the country’s housing crisis in human terms and calls for radical action to address a broken system.
In the wake of the decision by the supreme court to overturn Roe v Wade, thousands of protestors filled the streets to express their rage and anguish.
A new edition of a seminal book brings together iconic images of the band onstage in their full glory and backstage in moments of unguarded camaraderie.
Finland-born photographer Sirkka-Liisa Konttinen looks back on her decades-long documentation of life in Northern England.