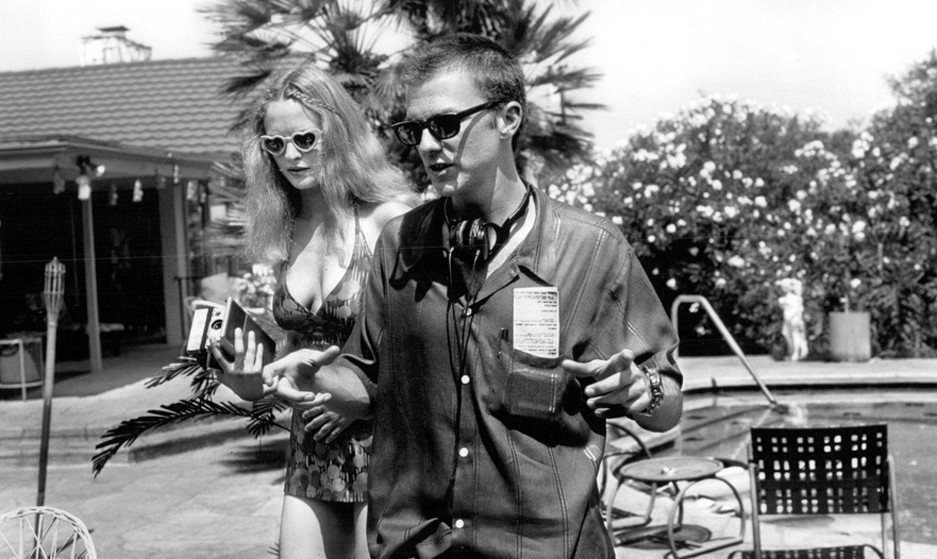 Ahead of the Paul Thomas Anderson weekender at the ICA presented by Little White Lies, we uncover some lesser-known facts about the enigmatic director.

Ahead of the Paul Thomas Anderson weekender at the ICA presented by Little White Lies, we uncover some lesser-known facts about the enigmatic director.

Film school dropout Paul Thomas Anderson is a reclusive filmmaker who shuns the PR circus and is fiercely protective of both his work and his privacy.

Huck’s sister publication, Little White Lies, have come closer than most in unpicking Anderson’s elusive genius – in two issues themed around The Master and Inherent Vice, and a rare interview with the man himself.

To celebrate The Anderson Tapes, a weekend of PTA films presented by Little White Lies and London’s ICA, 20-22 February, we found a little-known fact from each of the films being shown.

Not only was PTA’s first flick incubated in the illustrious Sundance filmmakers lab, it also featured a who’s who of future Hollywood heavy-hitters: John C. Reilly, Philip Seymour Hoffman, Gwyneth Paltrow and Samuel L. Jackson. Despite these votes of confidence in Anderson’s talent and vision, he faced huge battles with the distribution company during post-production.

While Rysher Entertainment was a successful TV distribution company, Keith Samples, a “money man” who started to direct, should have stuck to the cash flow. Hard Eight, originally called ‘Sydney’ (which Samples insisted on changing so people wouldn’t confuse the film with the country) was heavily cut by Rysher.

PTA put up a fight, submitting his own director’s version to Cannes – which was selected as an Un Certain Regarde official selection of the festival. Even so, the company insisted on putting out their cut of the film, a foreshadowing of the poor creative decisions that were to follow at Rysher’s film department. Paul Thomas Anderson went on to become an acclaimed director, while Rysher’s film division folded within two years. Shoulda stuck to the Benjamins, Samples! 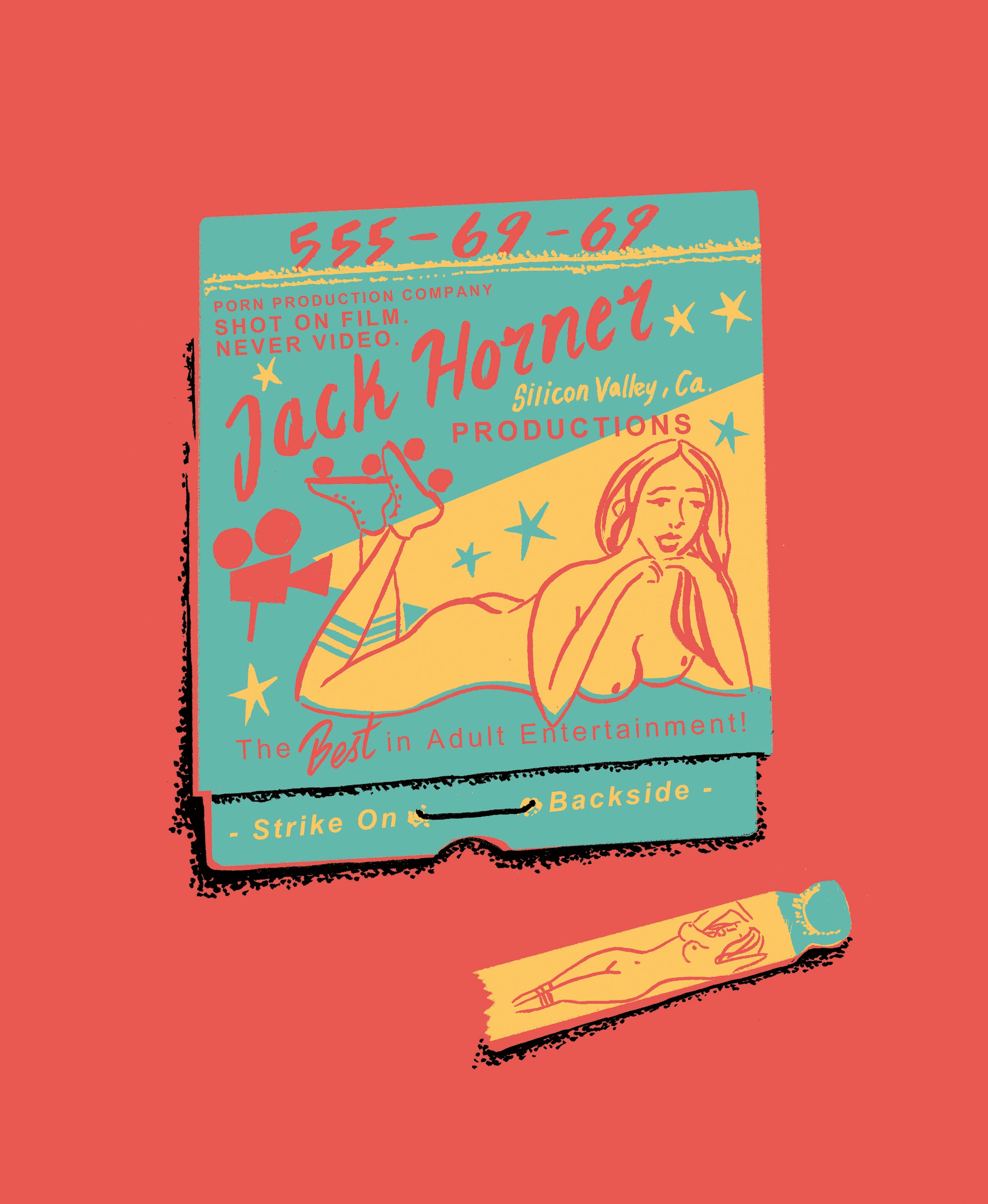 Heartaches endured during Hard Eight’s post-production caused PTA to have his fighting fists out from the get-go on Boogie Nights. The critically acclaimed feature, based on a short film Anderson shot when he was just 17 (!!) years-old, went on to become his opus, but it was not without drama. Between conflict with a different set of producers, and managing Mark Wahlberg’s infamous prosthetic penis, Anderson well and truly had his hands full. Grantland’s 16,000 word piece on the film, featuring interviews with Philip Seymour Hoffman, Mark Wahlberg, William H. Macy, Alfred Molina and others is a must-read.

As Hollywood studios sought to recreate ther own versions of the Miramax/Tarantino love story, self-described “control freak” Anderson was given virtually free reign by New Line following the success of Boogie Nights. ”Basically, New Line came to me and said, ‘Whatever you want to do next,”’Anderson recalls. ”I was in a position I will never ever be in again. For that moment, I was lucky and I could get the opportunity to make a movie like Magnolia. Truly, truly. I don’t want to sound egotistical, but my argument to them was, ‘You didn’t hire me to take your trailers and test them in Albuquerque. You hired me to be cool. You didn’t hire me to make money’ – New Line has Mike Myers and the Austin Powers movies to make them tons of money. If I make a good movie, it will help you get at that cool niche of the world.” The studio put 35 million dollars behind Anderson for the cause, and he produced the topsy turvy, frogs raining from the sky, Tom Cruise affair.

There Will Be Blood

Inspired by Upton Sinclair’s Oil!, the film marks PTA’s first screen-adaptation. It’s a far cry from Tom Cruise proclaiming, “Respect the cock!” in Magnolia, but perhaps a follow-up to the biblical, Egyptian plague style, amphibian showers. It’s a tale of prospector Daniel Plainview’s furious greed and rampant bloodshed along the way. The film earned actor Daniel Day Lewis a much deserved Oscar nod and allowed him to break free of a run of 70s tinged films to show another side of the West.

Parts of both There Will Be Blood and the Coen Brothers’ No Country for Old Men were shot on location in Marfa, Texas. When PTA and his crew tested the pyrotechnics for the derrick fire scene, the smoke was so intense that it caused the Coens’ neighbouring production to be shut down for a day until the dark cloud dissipated. Fatefully, both films would end up going head to head at the Oscars with eight nominations each, 18 months later.

The beginnings of a pseudo-science self-improvement cult that bears no resemblance to Scientology. None in the slightest…

PTA is well-known for remaining faithful to his actors, perhaps due to the fact that from his very first film he was working with future titans of the acting craft. The Master marks the late Phillip Seymour Hoffman’s fifth appearance in an Anderson film. The spell-binding product of their labours in this exploration of evangelism is a fitting tribute to Hoffman’s talent.

Linkedin
RELATED ARTICLES
OTHER ARTICLES
In 1984, Martin Shakeshaft set out to document the miner’s strike as it really happened, using his photography as a tool for activism.
Photographer Alice Mann reflects on capturing the camaraderie and discipline it takes to succeed in a highly-competitive sport.
Those set to be impacted by the governments ’undemocratic’ bill explain why it risks silencing them.
With abuse of call-centre staff on the rise, many are now speaking out about the hostility they’ve faced.
Leading art critic Robert Storr reflects on the photographers – from Seydou Keïta, to Malick Sidibé, to Carrie Mae Weems – who helped to transform and redefine the medium.
As the role of the nuclear family is increasingly called into question, people are finding new ways to exist outside heterosexist norms.