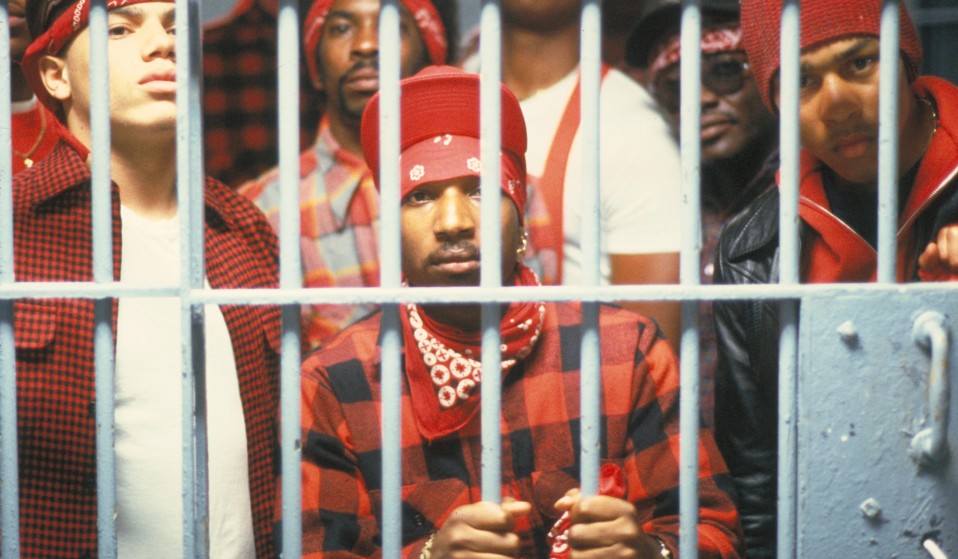 The best films on the City of Angels - featuring Get Shorty, Colors and more.

The best films on the City of Angels - featuring Get Shorty, Colors and more.

Everybody knows that Los Angeles is the home of Hollywood, but how many films really capture the essence of the City of Angels?

Yes, we could have chosen a classic like Billy Wilder’s Sunset Boulevard or Robert Altman’s The Player as examples of Hollywood’s enduring love affair with itself, but neither have Get Shorty’s exhilarating, heady, rhapsodic sense of just how much fun the movies – or more precisely, the idea of the movies – can be. When people say they want to be ‘in pictures’, this is what they mean. Not the art, not the craft, not schlep- ping around festivals looking for raw talent, but poolside meetings with cigar-chomping bigshots, lunch at Spago’s, nightly flashbulb premieres and Cristal-soaked sex with a parade of buff starlets. Everyone from John Travolta’s ubercool loanshark Chili Palmer to Delroy Lindo’s murderous drug-dealer wants in on the action. Most are outright deluded, but in LA delusions are called dreams and Hol- lywood wouldn’t exist without them.

There are a fair few films set in Los Angeles from Hollywood’s early days, but it was only after the advent of lighter portable camera equipment and the breakdown of the hierarchy of the studio system that freewheelin’ filmmakers were able to get out of the soundstages and hit the bricks. Nowhere is LA’s past and present brought into sharper relief than in Altman’s cynical, caustic update of Raymond Chandler’s already cynical, caustic 1953 novel. Elliott Gould’s slouchy, saggy, reassuringly old-fashioned PI Philip Mar- lowe follows a trail of psychedelic ’70s breadcrumbs that leads him to nudists, freaks, bodybuilding psy- chos (including a mute cameo from future California Governator Arnold Schwarzenegger) and crystal-gazing Laurel Canyon weirdos. As architect Frank Lloyd Wright once said, “Tip the world over on its side and every- thing loose will land in Los Angeles.” Anything left over washes up in The Long Goodbye.

‘The City of Angels is about to explode!’

Amoral, immoral, sulphurous, hyper- violent, bleached out, grimy, glam- orous, gas-guzzling, this cat-and- mouse cop/counterfeiter thriller is the kind of low-slung, pastel-hued smog-opera that Miami Vice could only dream of being. Here, LA is pre- sented as a city in love with death – this is the City of Angels, after all. William Petersen’s near-psychotic Secret Service agent is on the trail of Willem Defoe’s lizardy counterfeiter, but it becomes immediately clear he’s not really chasing anything but is rather running headlong toward his own destruction, and he’s going to take as many people down with him as necessary. The film’s poster depicts Petersen half in shadow, with a foggy orange sun about to set over his shoulder. He’s at the end of the line and he’s out of time, his future in the balance. 50/50? In LA, them ain’t good odds.

We’re all OGs now, of course, with our bling and our rims and our ‘Thug Life’ tattoos, but before the market- ing men parceled it up and slapped it on magazine covers, LA gangland was an extremely controversial sub- ject to make a big-budget film about. Originally set in Chicago, director Dennis Hopper made the genius move of relocating the action to LA, where gangs are a way of life. From the hepdaddy Zoot Suit Riots of the ’40s to the ’50s Mafia shenanigans so beloved of LA Confidential author James Ellroy to the Hells Angels, the riches promised by Los Angeles has always been a haven for rowdies, hot- heads and stone-hatchet mad killers. Colors – as in gang colours – tracks two white cops (Sean Penn and Rob- ert Duvall) pitched into the hip hop jungle of South Central LA. You could argue that it could have been set in Anytown USA, but as the Rodney King Riots of 1992 proved, Los An- geles was a powder keg just waiting for a spark.

Linkedin
RELATED ARTICLES
OTHER ARTICLES
Rhiannon Adam spent three months capturing an ageing society wracked by division, isolation, and the aftermath of scandal.
With skyrocketing rents, packed out viewings, bidding wars and more, renting in London has never been harder.
Ahead of the release of their first collaborative album, the producer and rapper talk psychedelics and the state of UK hip hop.
The two-day long event returned to London this year, showcasing a spectacular parade, steel bands and Caribbean food.
For over a decade, gamblers have won big by employing people to place live bets from the court. But does this dubious method still work?
By turning a real-life crisis into daytime television fodder, TV bosses have once again shown themselves to be completely out of touch with audiences.