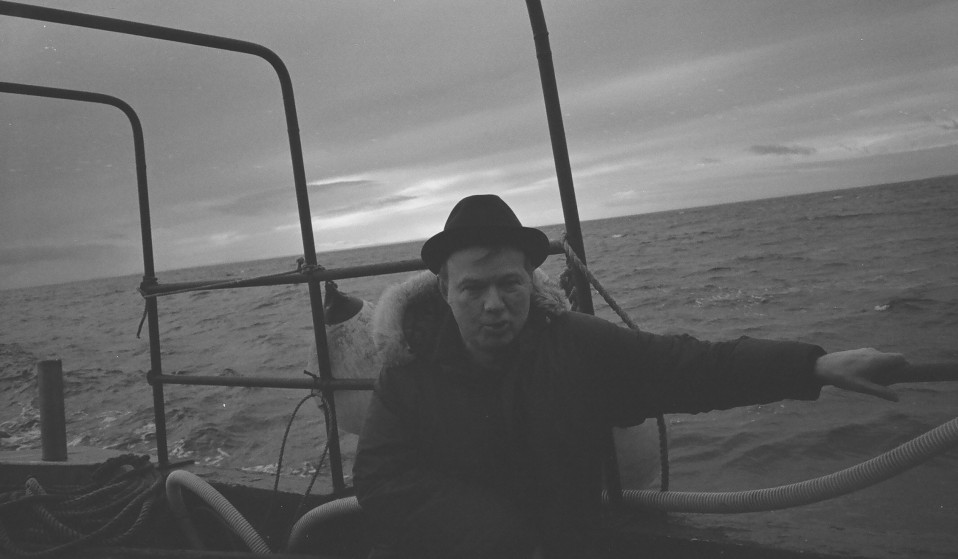 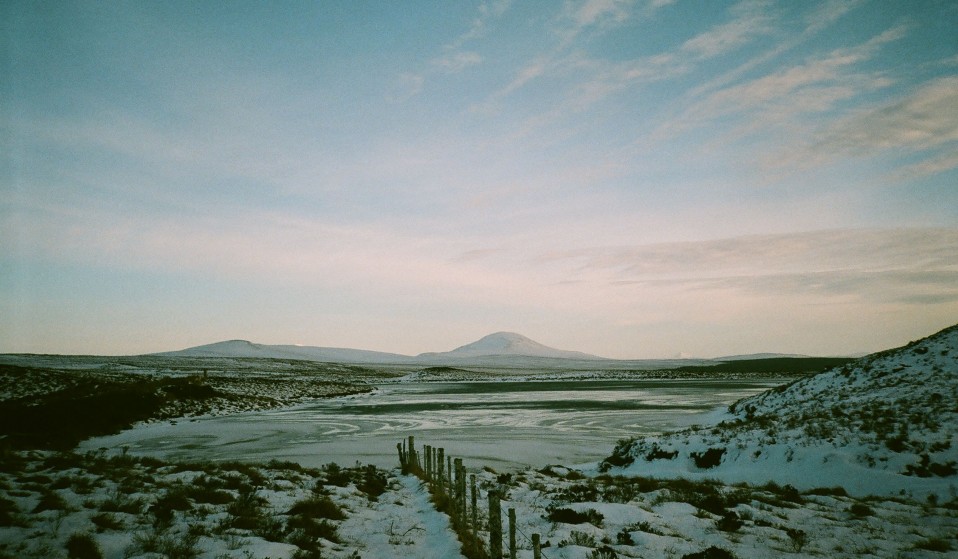 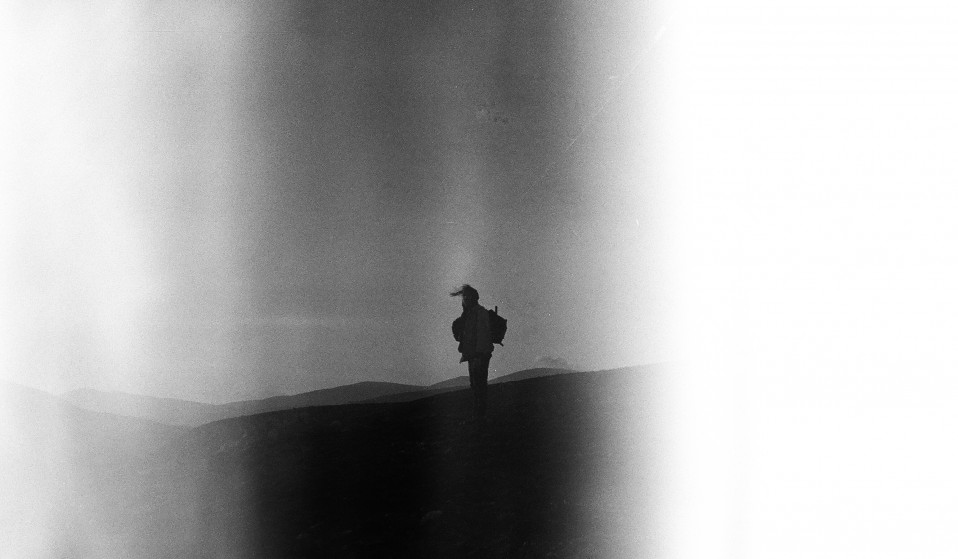 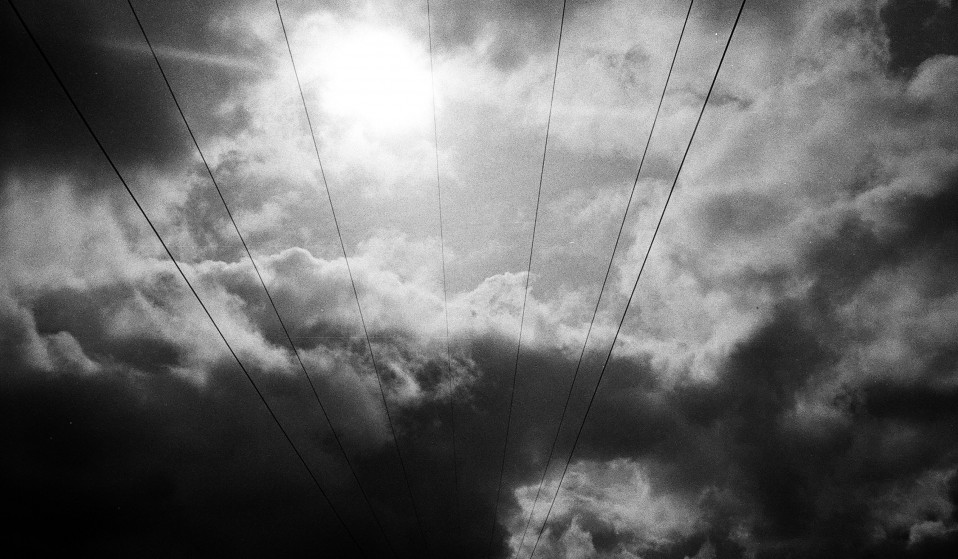 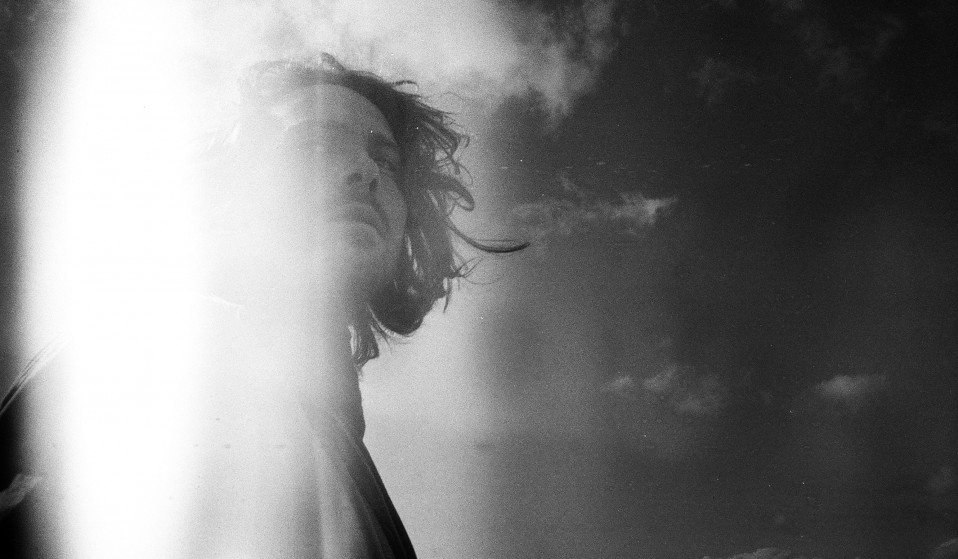 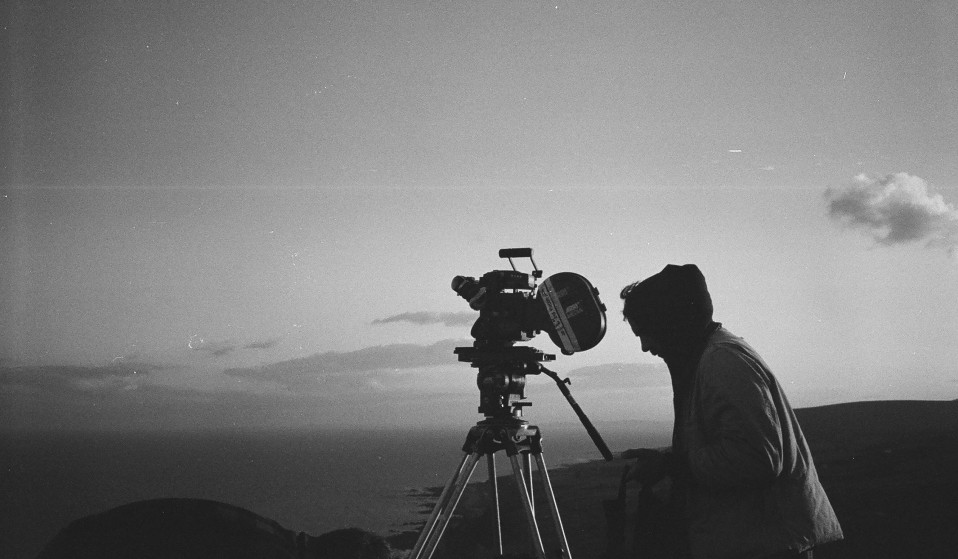 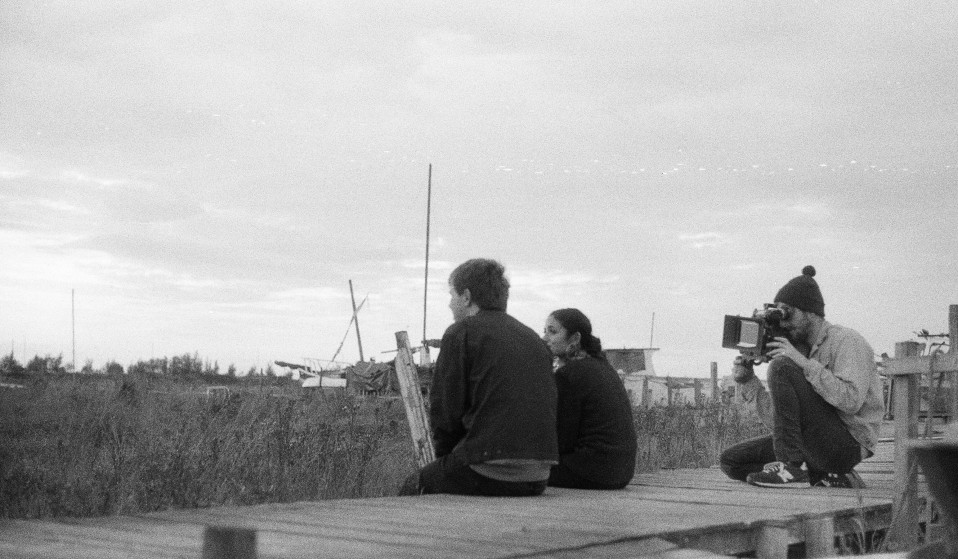 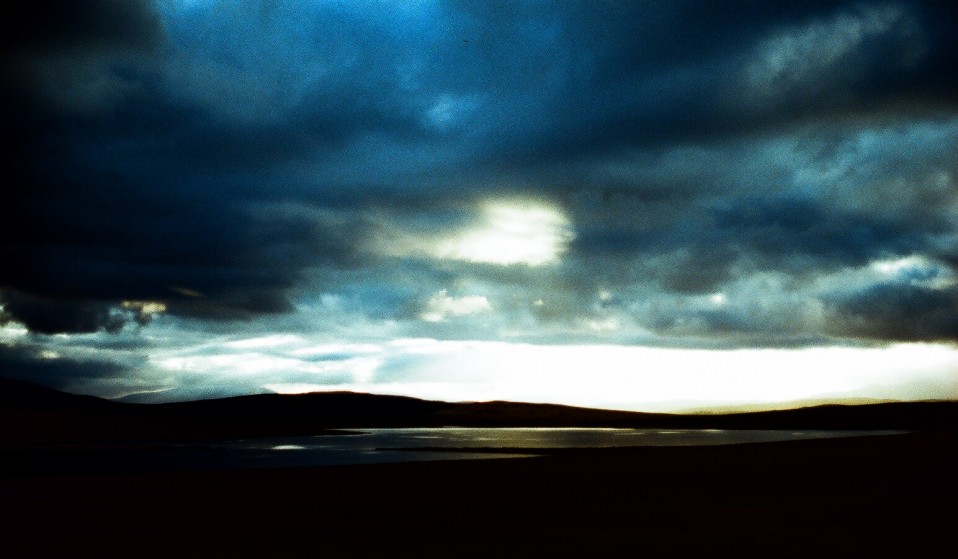 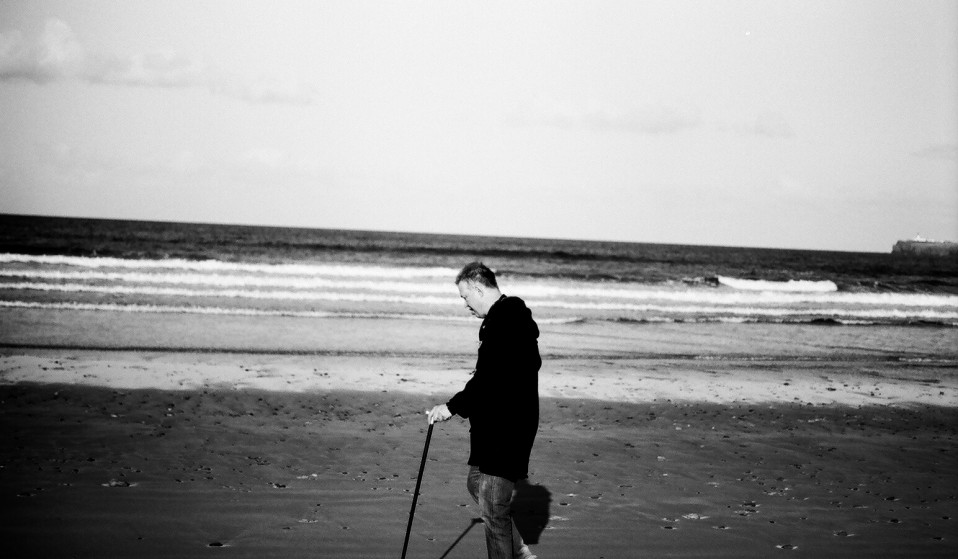 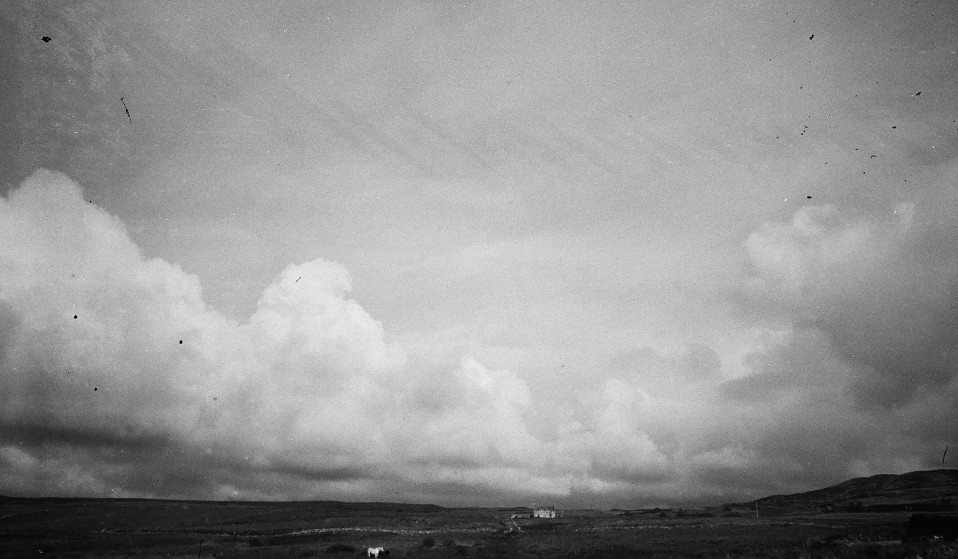 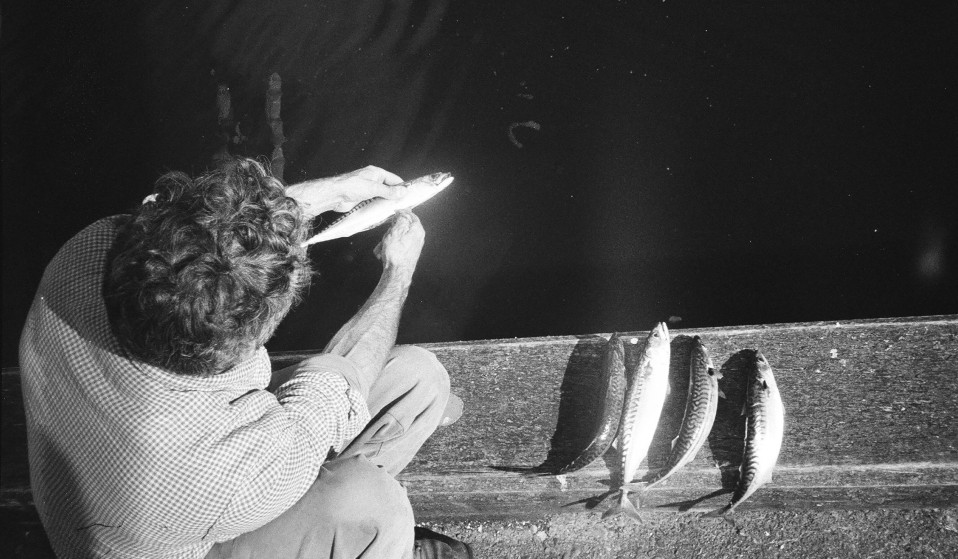 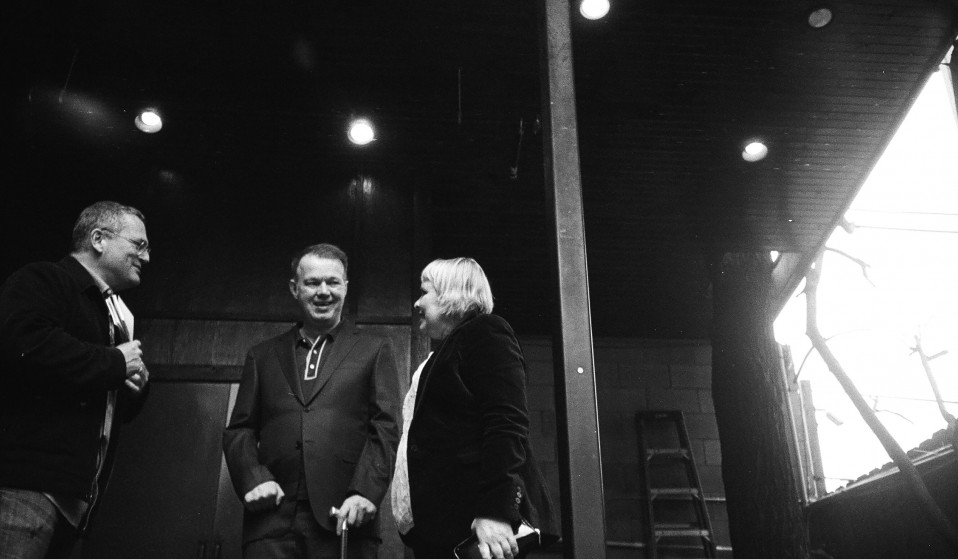 After surviving a major cerebral haemorrhage in 2005, musician Edwyn Collins could only say four phrases: “yes,” “no,” “Grace Maxwell” (his wife’s name) and “the possibilities are endless.”

Edwyn fought to regain the ability to express himself and his battle to recover his full power of speech is still ongoing, as it remains noticeably affected. His life is still complicated by the stroke, but he defied the odds to return to the studio and record Losing Sleep in 2010.

When filmmakers James Hall and Edward Lovelace heard the album, they were moved by how Edwyn’s lyrics had become simpler but developed a new otherworldly depth, and this inspired them to explore his story.

Their documentary The Possibilities Are Endless unfolds dreamlike, weaving Grace and Edwyn’s narration with stunning landscapes, archive footage and reenactment to chronicle the musician’s journey back to life.

Huck spoke to co-directors James and Edward – who shared exclusive behind the scenes photos (above) – to find out more about the film.

How were you introduced to Edwyn and what attracted you to his story?
We have always been fans of Edwyn’s but on hearing Losing Sleep, his first album after his illness, we were immediately struck by how direct Edwyn’s lyrics had become compared to previous albums. There was an otherworldliness and a profoundness to the songs that, although they were simpler than Edwyn’s earlier work, managed to project a powerful internal conflict that touched on identity and memory. The songs gave an impression of a man coming to terms with himself and we were immediately intrigued. What had happened to him? Was he still the same Edwyn? What was next in his story? These questions ignited our journey.

How did you arrive at the film’s distinctive look and feel?
We were watching a lot of ambient and meditative documentaries like Sleep Furiously and Modern Life where the landscape developed its own identity. You can totally lose yourself in those films, letting the images guide you at a tranquil yet compelling pace. Because of Edwyn’s love of nature, in particular in the North East of Scotland, we began imagining his brain as a ravaged landscape that over time became brighter, bolder, and full of life.

We interviewed Edwyn for three years in the build up to shooting. These interviews consisted of us and Edwyn sitting in his studio in West Hampstead with a microphone, just letting the conversation flow naturally from one point to another, or from one memory to the next. Edwyn has such an interesting and poetic way of looking at the world that we decided we would need to shoot in a specific way to convey the emotions and feelings he was evoking.

Did you feel a sense of responsibility to Edwyn?
Our single goal when setting out to make this film was to create something that Edwyn and Grace could be proud of. We felt a huge responsibility to make sure the film was led entirely by Edwyn and his sensibilities – always remaining true to him and our experience of him. Edwyn and Grace gave us complete freedom in making the film which was incredible, but meant that the first time they saw a cut, only two weeks before picture lock, we were pretty terrified about how they would react. Five minutes into the screening Edwyn called back to us cowering in the last row, “So far so good lads!” That was a big moment.

What were the challenges in presenting their story to a wider audience?
Edwyn and Grace’s story is such an inspirational one that we were always confident that people would relate to it. The challenges were finding a film language that could illustrate that story and bring to life something that most documentaries don’t have – that magic of fiction cinema where an audience can get lost in the spectacle of the film. It was never our intention to make a traditional biopic or music documentary, the ambition was greater than that. We wanted to throw the viewer into a discombobulated mindscape to give a sense of Edwyn’s experience.

The Possibilities Are Endless is on tour around the country until November 16, accompanied by acoustic performances and Q&A with Edwyn, Grace and the directors. The film goes on general release in the UK on November 7 and is available on iTunes now.

Linkedin
RELATED ARTICLES
OTHER ARTICLES
A recent High Court ruling against the right to wild camp in Dartmoor National Park sparked the largest land protest in history – and campaigners say their fight is not over yet.
Activists and campaigners are fighting back against new laws that would seriously undermine the ability to take industrial action, calling it an attack on fundamental workers' rights.
The action took place in response to the 200 asylum-seeking children who were placed in hotels run by the Home Office who have gone missing.
Theo McInnes’s photos of the annual event provide an intriguing snapshot of contemporary Britain.
Tristan O’Neill’s shots of dancers caught in moments of reverie at the height of rave’s golden age are a testament to the UK’s legendary club culture.
At his West Bank restaurant, Fadi Kattan established himself as the voice of modern Palestinian cuisine. Now, he’s bringing his innovative, bold flavours to the UK’s capital.