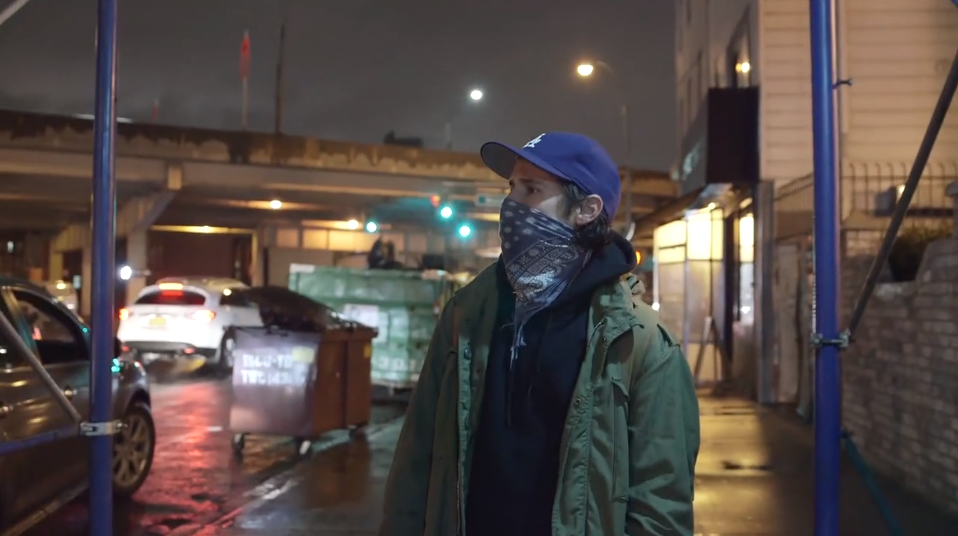 Following in the footsteps of Vimeo series High Maintenance, Brooklyn: For Real presents a riotous parody of Brooklyn’s creative inhabitants.

Following in the footsteps of Vimeo series High Maintenance, Brooklyn: For Real presents a riotous parody of Brooklyn’s creative inhabitants.

Self-defined as a “curated vérité glimpse into the non-linear lives of innovators and change makers,” the new Vimeo series creates hilariously recognisable caricatures of some typical inhabitants of NYC’s epicentre of hipsterdom.

“Calling yourself an artist is so pretentious. I prefer to say I’m a poet, whose primary medium of expression is crime,” says street artist Stick in the Artist episode. Proclaiming the city is his canvas, he adds, “Where a regular person might say: That’s not a canvas, that’s my garage… To that I say: Are you my fuckin’ dad?”

Check out the episodes below.

‘Artists, they move to Brooklyn and right away they wanna make their mark… But that’s insulting to the local scene that I’ve been a part of ever since I moved here, 14 months ago.”

“My mission is to raise awareness about what happens every day out there in the wild:  Animal on animal violence.”

“I attained enlightenment a few years ago and I believe it’s a process that every individual has to discover on their own. I teach a class on exactly how to do that.”

“I don’t believe in catering to your audience. Trying to get the crowd on your side is so hacky.”

Get the low down on Brooklyn: For Real.

Linkedin
OTHER ARTICLES
Curator Antoine de Beaupré discusses his immense record collection and what it tells us about the intersection of music, photography, art, and commerce.
With inflation now at a 40-year-high of 9 per cent, demonstrations organised by TUC took place to demand action from the government.
Whether it's partygate, the climate crisis or the spiralling cost of living, the fightback begins on the picket lines writes Tommy Vickerstaff
Yesterday queer activist group Lesbians and Gays support the Migrants staged a die-in at the Pride in London parade to protest the inclusion of police in the march reports Huck politics editor Ben Smoke.
In the wake of the decision by the supreme court to overturn Roe v Wade, thousands of protestors filled the streets to express their rage and anguish.
Photographer Arthur Grace recalls travelling through the Soviet Bloc and finding ways to evade the surveillance of his work.