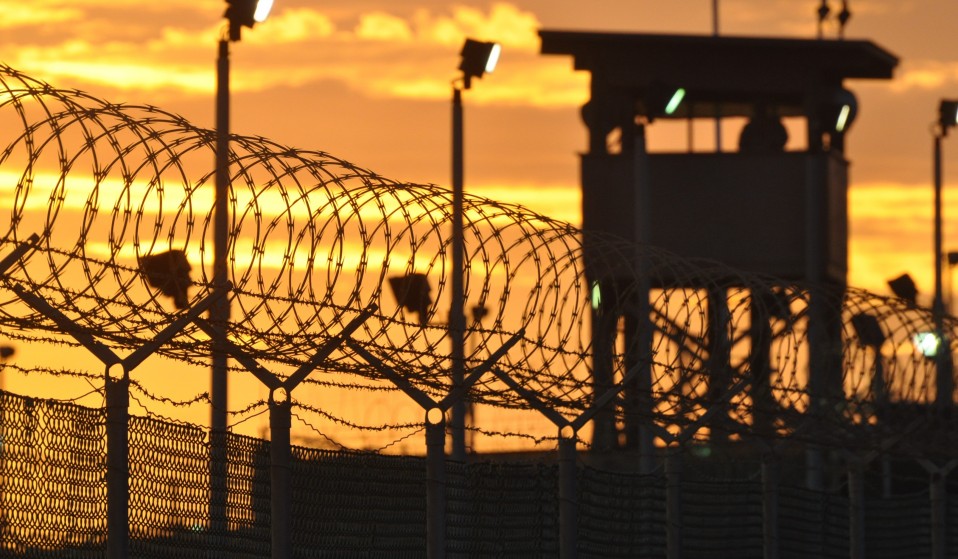 Director Patricio Henriquez shares the remarkable story behind his documentary Uyghurs, Prisoners of the Absurd.

Director Patricio Henriquez shares the remarkable story behind his documentary Uyghurs, Prisoners of the Absurd.

Imagine being forced to flee your homeland to escape government repression. You’re in a foreign country, unable to speak the local language when bombs begin to fall all around you. You flee for the border but are captured, sold to an invading army for just $5,000 before being tortured and shipped half-way around the world to a new, improvised prison. After months in solitary confinement, the authorities holding you finally accept your innocence and declare you fit for release. The nightmare is over. Or is it?

For 22 members of China’s Muslim Uyghur minority who had fled to Afghanistan to escape government persecution, being cleared for release from Guantánamo Bay in September 2002 was just the beginning. The group languished in the now infamous detention centre for years, with the first five released to Albania in May 2006 and the final three waiting until December 2013 to be released to Slovakia – countries none of them had ever stepped foot in before.

President Obama publicly declared the Uyghurs’ innocence, yet due to Republican refusal to accept any former Guantánamo inmates into the United States and other Western governments’ unwillingness to offend China, they languished in Cuba before eventually being scattered across the planet to Albania, Bermuda, Palau, Switzerland, El Salvador and Slovakia.

The Uyghur are an ancient people who arrived in North-West China from Turkey around a thousand years ago. Since their homeland was annexed by Mao during the communist revolution in 1949, support for Uyghur independence became a criminal offence and could be punishable by death. During the US’s negotiations to release the 22 detainees, the Chinese were the only government who wanted to take them – so they could be tried on terrorism charges.

Director Patricio Henriquez’s documentary Uyghurs, Prisoners of the Absurd pieces together this dark tale about the excesses of America’s War on Terror, lives it has destroyed and the failure of governments around the world to stand up for the rights of innocent people.

How did the 22 Uyghur people end up in Guantánamo?
A lot of Uyghur people leave China because of the repression. Ten of the countries on the Chinese border have extradition treaties and if sent back to China they will be tried and sometimes sentenced to death. Before 2001, the only country in the region that didn’t send them back was Afghanistan. The Taliban didn’t want to. So this group of Uyghurs were staying in a village in the Tora Bora mountains near Jalalabad. They were very isolated because they didn’t speak Dari or Pashtun – they didn’t have communication with the outside world. They heard the American bombing in October 2001 and tried to flee to Pakistan. Some made it Pakistan and were arrested, others were sold to the Americans who were offering bounties for fighters.

They spent two months in prison in Kandahar and were tortured very badly. In January 2002, they became some of the first detainees sent to Guantánamo, where they interrogated by interpreters. The Americans quickly understood these people weren’t their enemies. The Uyghurs love America because they’re anti-communist and they believed at the times the US were their natural allies who could support them in their struggle against communist power in China.

How did you hear about their story and what made you feel there was a film there?
In 2005/6 I was making another film on modern torture. Of course I was interested by everything related to Guantánamo and in 2006 I read a New York Times article about the release of the first five. It was surprising because at the time Dick Cheney and George W Bush were telling the world that they only put the worst of the worst in Guantánamo. It was actually the first time I heard the word ‘Uyghur’, and being released in Albania was strange, so I carried on reading and found out about their situation in China.

After Obama’s election in 2009, another group were released to Bermuda, which surprised me once again. Although Bermuda is a British territory, the Americans didn’t speak to London, they just made an agreement directly with Bermuda’s prime minister.

I knew the group had been sold to the Americans for between five and seven thousand dollars each in 2001, then sent to Guantánamo and by this point everyone knew they were innocent. The US intelligence services declared it, then the civilian courts and even Obama mentioned them in a public speech. They were innocent but still trapped in Guantánamo and I felt that was an amazing story so I developed a cinematic proposal.

What did making the film teach you about America’s War on Terror?
Many, many things. Maybe the most well-known part is that the Americans made so many mistakes. I could understand why they began the War on Terror, but I couldn’t understand that they were relying on torture and other things that don’t work. But then everybody who’s followed the story knows that.

What was interesting for me was to discover how open American society is and so rich in contradictions. I met lawyers like Sabin Willet, who features in the film. He worked for a big law firm in Boston representing big companies like Lehman Brothers. He had no human rights background but as a lawyer, he could never accept why Guantánamo was created, so he went there to defend the inmates. I found journalists and wonderful judges like Ricardo Robina, who said these guys are innocent and actually ordered the American government to bring them to the US – but he was ignored.

I learned a lot about the Western world. Western countries have a very pretty human rights discourse but when it comes to helping people that were innocent, well no-one wants to create a problem with China. They know the Uyghurs are innocent but every European country refused to take them because they don’t want to create a problem for themselves with the economic giant that is China.

Countries call themselves democratic and say the are participating in the War on Terror to defend the values of democracy, freedom and civil liberties, but when they are called to oppose China by doing something so small as accepting 22 guys, they don’t do it. So I’m very angry with this position, it’s kind of a lie, you know.

“What happened to them was decided by human beings, they were political decisions.”

What did you feel was so absurd about the story?
The working title for this project was ‘Kafka and the Uyghurs’ because their story made me think of Kafka. I know Kafka and his work very well. His books describe systems created by man but which have taken on a life of their own, like a robot, out of human control. But in the case of the Uyghurs that’s not true. It’s not a system out of the control of human will. What happened to them was decided by human beings, they were political decisions. When the US government tried to use them to convince them China to support the war against Iraq, someone made that choice.

The absurdity in the title refers to the Uyghurs’ point of view. They didn’t know why this was happening. They were being told they were innocent, you’ll be released, for years but for years they stayed in Guantánamo. They were submitted to interrogations with the Chinese secret police who went to Guantánamo. They were put in isolation, they were punished, but at the same time they were being told they were innocent and would be released. This is a kind of absurdity and nothing to do with the legal systems that work in Western democracies, but Guantánamo is a black hole where nothing works like you would think.

Uyghurs, Prisoners of the Absurd is showing at the Toronto Human Rights Film Festival on March 26.

Linkedin
RELATED ARTICLES
OTHER ARTICLES
Wim Wenders on Sebastião Salgado, Jon Stewart’s directorial debut and the animated adventures of the 18 cows Israel declared a threat to national security.
Who is filmmaker Laura Poitras? And why did Edward Snowden choose her to break the story of the century?
The murder of 12 people at French newspaper Charlie Hebdo on January 7 was not the act of a world-conquering empire. Beware the man - or woman - who tells you otherwise.