Huck presents Speed Sisters alongside a Q&A with Amber and Maysoon at Rich Mix, London, Wednesday March 9 from 6.30.

“When I race, I feel free. When you’re driving, your adrenaline is high. You feel like you’re flying. It’s like being reborn, because you feel you can run away from all the pressures of living under occupation,” Maysoon Jayyusi explains.

Maysoon is manager of the Palestinian Speed Sisters, the first all-female racing team in the Middle East, profiled in a new documentary by Amber Fares. Speed Sisters gets to know five young Palestinian women who overcome the challenges of living under Israeli military occupation to tear it up on the track. They push through the practical and cultural barriers to women in motor sport – not just in Palestine, but worldwide – to beat the boys at their own game and set out their own vision of empowered Palestinian women. 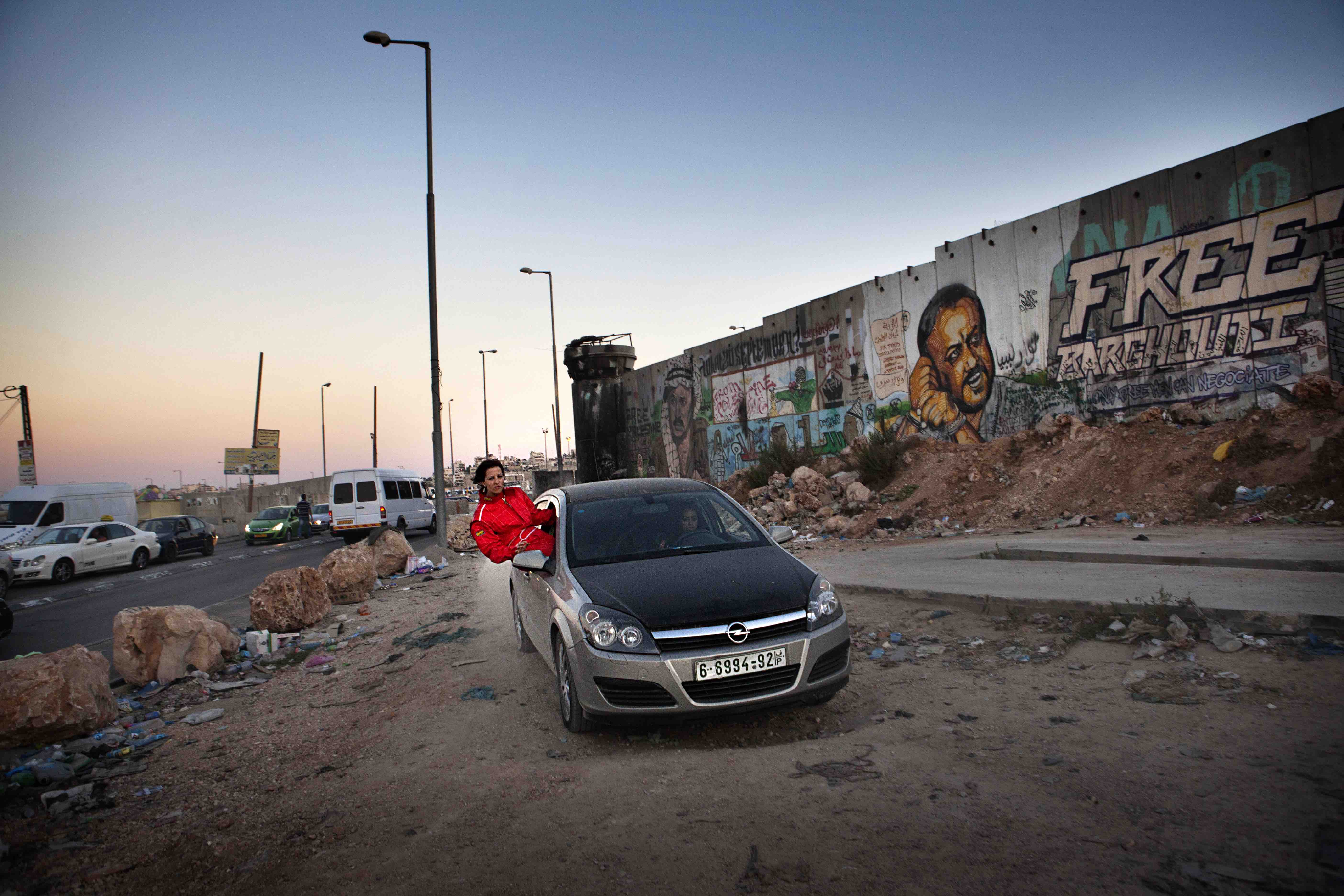 “After 9/11 there was a lot of push-back against Arabs and Muslim communities in Canada,” Amber explains, which encouraged her to rethink her identity and her own Lebanese heritage. The soul-searching prompted by so much negative media coverage eventually led her to Palestine. “I felt there was a need to tell stories that showed another side of Arab/Muslim society that we so rarely see,” she explains. “An entire region can’t be defined by a single narrative and I think it’s really important that we see different kinds of stories coming out of the Middle East that aren’t just about fanaticism, religion and war.”

On Yasser Arafat’s helipad at the top of a hill in the West Bank, Amber got her first taste of Palestine’s thriving street racing scene – and was immediately drawn to the women she saw throwing it down. “Seeing them driving so ferociously hooks people in,” Amber explains. “It’s a story that reveals our similarities more than our differences. It’s a great way to get into their lives and what it’s like living in Palestine.”

The friendship, rivalries and differing personalities that define the group could be the same for any five girls anywhere in the world. Mona Ali, 29, from Ramallah, was one of the first female racers in Palestine; Marah Zahalka, 23, from a less affluent family than the others has a burning desire to prove herself; Noor Dauod, 25, from Jerusalem, is dogged but sometimes lacks the focus to succeed, while Betty Saadeh, 35, comes from a wealthy family of racers in Bethlehem and seems destined for success. Team manager Maysoon from Jerusalem holds the group together and defuses the sparks that fly as they push it into the red. 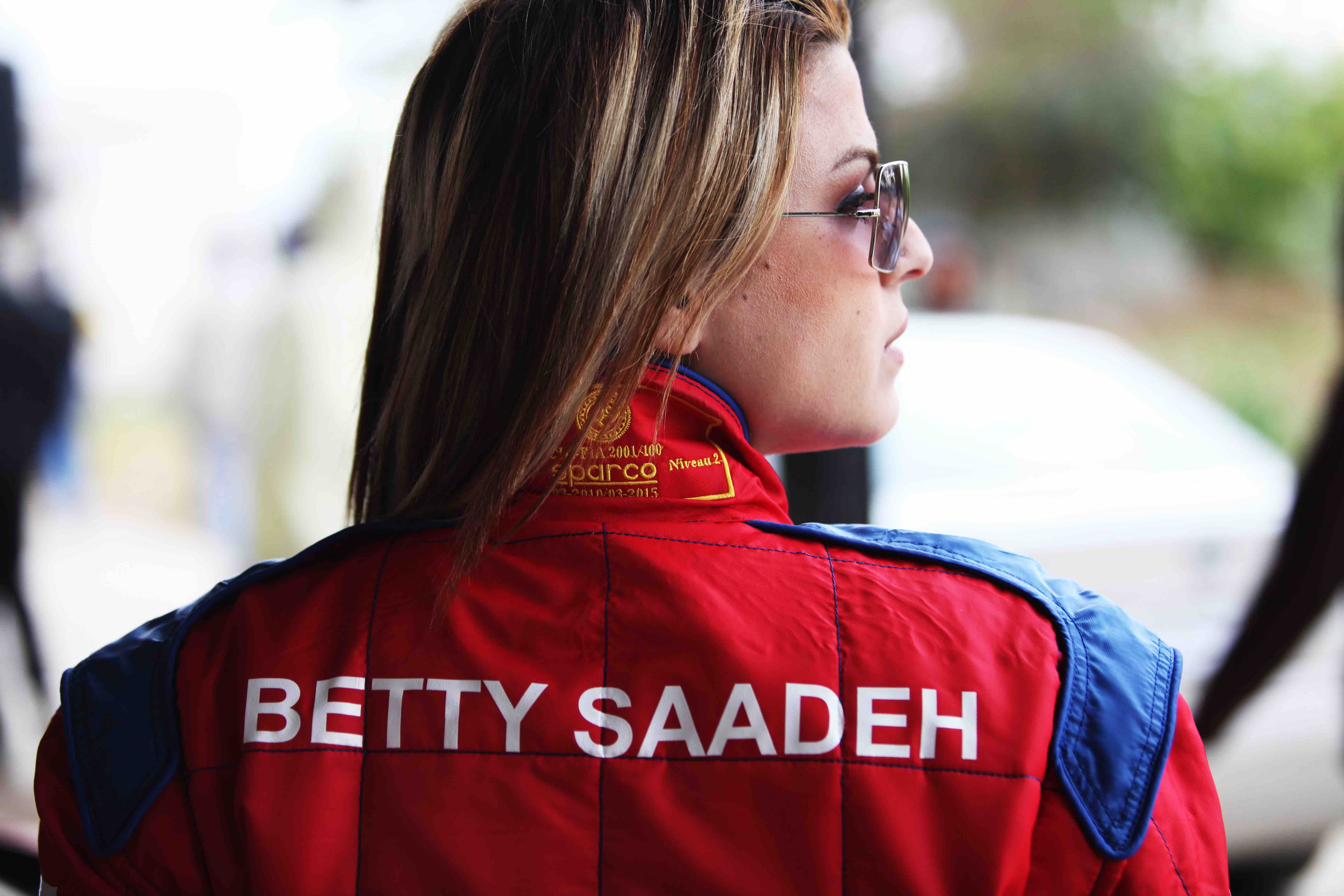 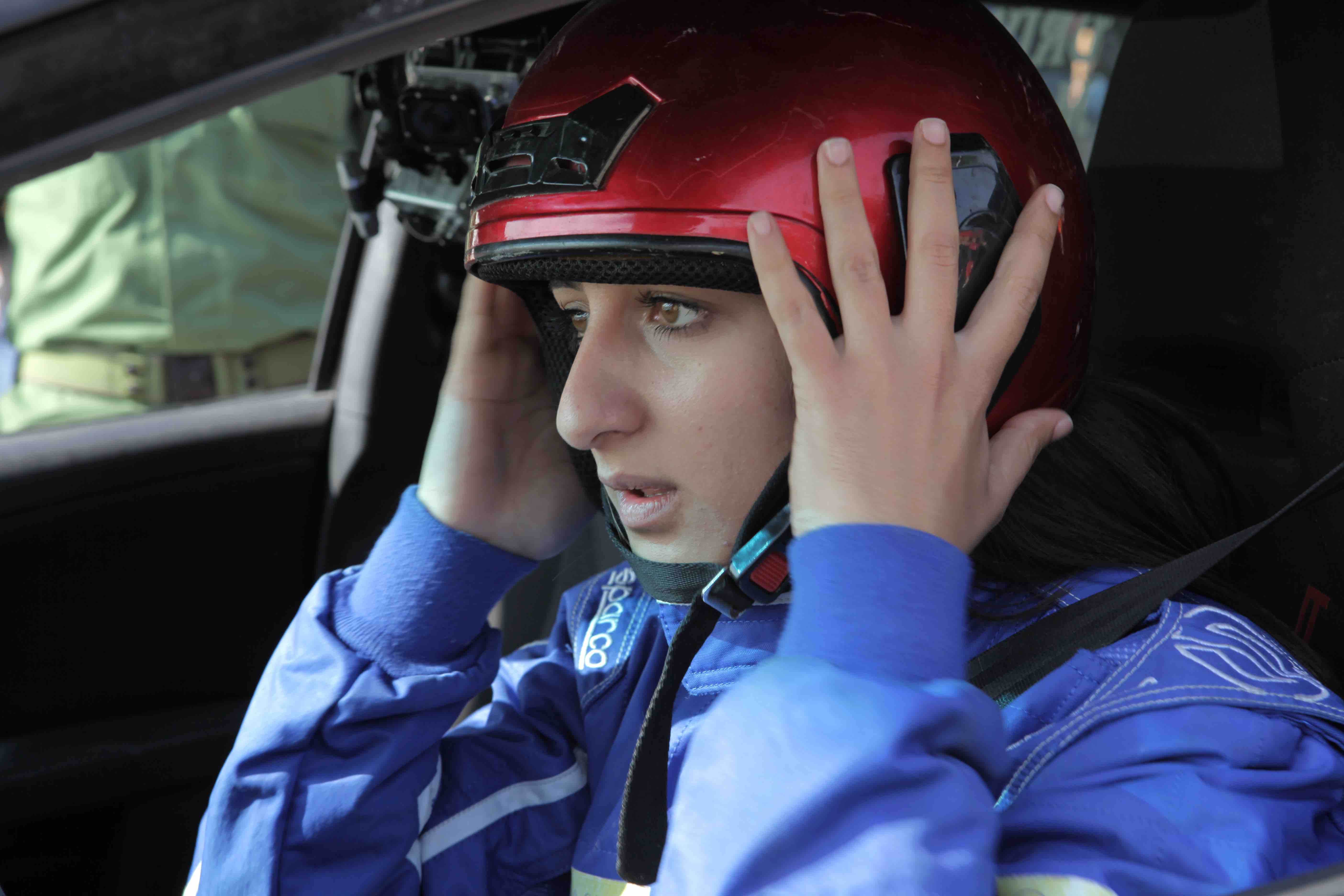 Their struggles to succeed as a team in the face of material and cultural obstacles, the disapproval of older members of their own families and the ire of more conservative members of society, is a universal story. But the situation in which they live is anything but.

The West Bank is more prosperous and peaceful than Gaza (which clouds most outsiders’ image of Palestine) but there’s a lack of space and restrictions on movement, with large parts under direct IDF control. “Living under occupation you spend so much time waiting around at checkpoints to get to work or anywhere,” Maysoon explains. “Sometimes we can stay for an hour, sometimes more – we never know. It’s a depressing situation. So once we’re allowed to cross, we drive super fast to catch up time and get where we need to go.” 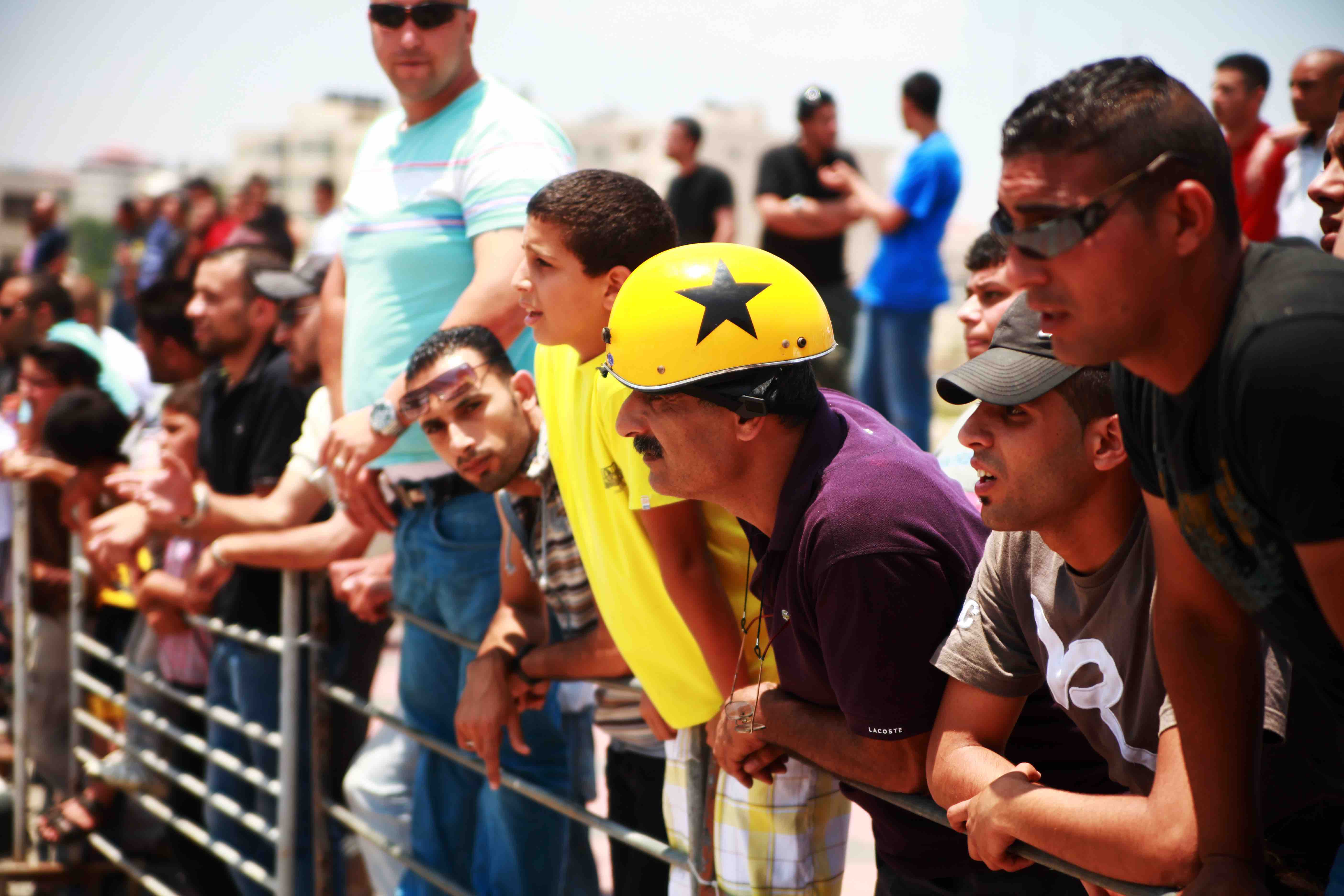 Illegal in Israel, cars and street racing have become an important part of Palestinian identity. The high-octane events provide a much-needed release from the daily pressure of occupation and the international attention attracted by the women’s growing profile at races in the region is a point of pride.

“We want to attract more girls to our team,” Maysoon explain. “Sport is an important part of a fulfilling life and we want to encourage more women to feel they can take part, but it’s about more than that: we want to create a new image for Palestinian women in the eyes of the world. We want everyone to know we’re strong women who want to live normal lives, just like women everywhere. We have the same aims, the same passions and above all the same desire to live in peace.”

Linkedin
RELATED ARTICLES
OTHER ARTICLES
In the latest instalment of Photographers in Conversation, the chronicler of raves, protests and beyond explains why he’s drawn to such specifically visceral environments.
With inflation now at a 40-year-high of 9 per cent, demonstrations organised by TUC took place to demand action from the government.
Photographer Matthew Brookes recalls following a group of young people in Venice Beach living in search of the perfect wave.
Proposals to introduce a minimum GCSE threshold for student loans will disproportionately affect those from marginalised backgrounds.
Photographer David Hoffman recalls documenting the extreme wealth inequality around Tower Hamlets and Hackney int the 1980s.
In the wake of the decision by the supreme court to overturn Roe v Wade, thousands of protestors filled the streets to express their rage and anguish.