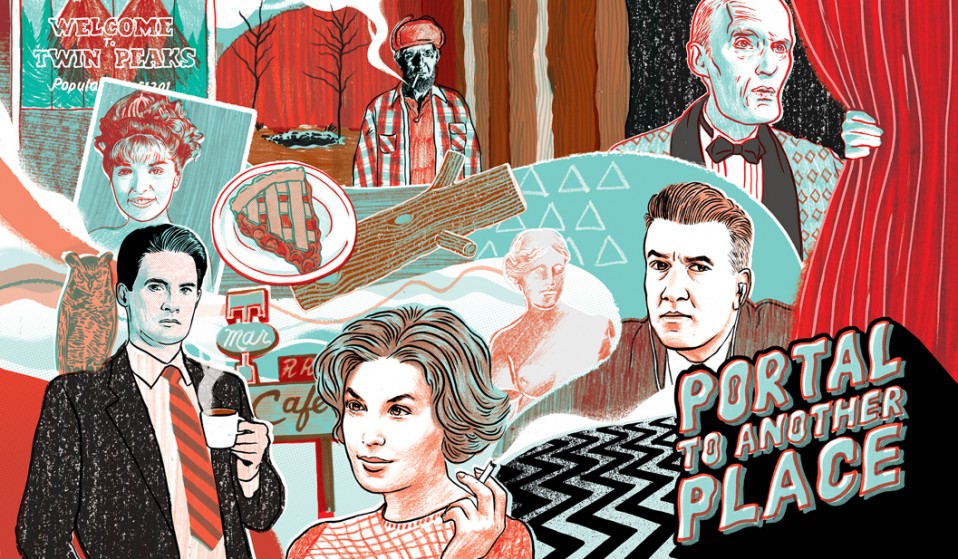 Twin Peaks' cancellation left fans in limbo for 25 years. Now that a long-awaited return has cemented its groundbreaking status, co-creator Mark Frost is finally ready to offer some closure.

Twin Peaks isn’t just a TV show; it’s a place you visit. Every time the opening sequence begins, it has a way of drawing you into a spellbinding world that feels far-off yet familiar.

Back in 1990, what began as a two-hour pilot about the murder of a homecoming queen blossomed into something so unconventional that it redefined television.

Over the course of two seasons, filmmaker David Lynch and writer-producer Mark Frost managed to dig beneath the wholesome facade of small-town America through a mix of postmodern soap-opera and supernatural mystery.

Although that alchemy pioneered the ‘water-cooler effect’, where people couldn’t resist discussing clues and theories after each episode, it wasn’t enough to stop Twin Peaks from its eventual cancellation in 1991.

But the show’s quirky characters and cryptic iconography – damn fine coffee and cherry pie, the log lady and the prophetic giant – continued to inspire Twin Peaks-themed festivals and parties around the world regardless.

So when the show made a long-awaited comeback in 2017, as Twin Peaks: The Return, fans were giddy but cautious. Could the magic be replicated? Would its legacy be tarnished?

Frost and Lynch, it turns out, had little interest in entertaining nostalgia. Instead they produced 18 hours of experimental cinema that challenged viewers like never before. Along the way, it became clear that there would be loose ends. Lynch doesn’t do closure but Frost felt compelled to address unfinished business.

To that end, he wrote two novels to bookend the new series: The Secret History of Twin Peaks and Twin Peaks: The Final Dossier. They take the form of FBI documents which expand the show’s universe, reveal the fate of its most-loved characters and provide context for the biggest mysteries in The Return. 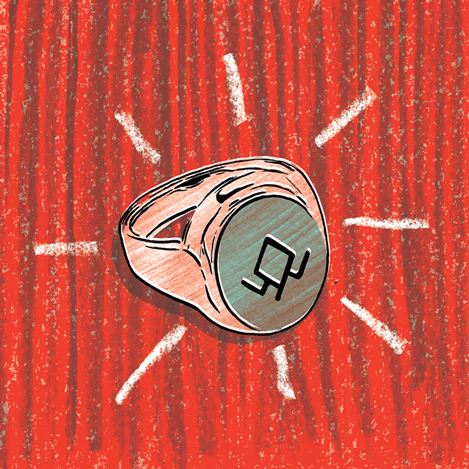 But when Frost picks up the phone at home in Ventura County, California, where he lives with his wife and son, the line is scrambled.

It sounds like a cyborg communicating from another dimension – jarring enough to feel positively Lynchian. But it’s just his headset acting up.

Once the 63-year-old settles into conversation, he speaks with the measured, scholarly air of a man who’s spent months graciously fielding fantastical theories about his work. But pan out to the bigger picture, where there’s no expectation to guide people by the hand, and he’s happy to revel in the show’s unique legacy.

Number four, you’ve got to create a feeling, especially on film, that is particular to the preceding three. That is a signature strength that David has; he creates mood on camera, through sound and vision, better than anybody I can think of. So I would say it’s those four things put in a blender.

Having created characters that people feel so attached to, does it require a certain resolve to tinker with their stories after so long?
Yes… but you do have to remember that the characters are not real people. [laughs] I know fans love to feel a sense of proprietary ownership but ultimately it’s the creators who have to decide what happens to them.

I don’t think we’ve ever felt an ounce of pressure about fan service, per se, but we’ve been lucky to have a community that’s willing to go on every ride we give them. You can’t please everybody, obviously, but if they trust you to do right by those characters, then I think they will stay with you.

Compared to how things were left after season two, do you feel a sense of completion now?
I certainly feel that we’re a lot closer to that. The way season two ended was pretty dreadful for all concerned, including the characters [laughs], so I think that shortcoming has been substantially addressed.

The Dossier was written long after the scripts were finished. If something didn’t make it into The Return, it was because we believed there wasn’t room for it in the narrative. So I then felt there were some spaces to be filled, some gaps to be closed and some strong narrative threads that needed to be tied up.

So if this is the end of Twin Peaks, would you be comfortable leaving the story as it currently stands?
Yes.

One difference from 27 years ago is the way that fan theories proliferate now. Do you think there’s value in the enterprise of poring over a fictional world and trying to piece things together?
If there is for you, then absolutely. Participatory narratives get to the heart of what storytelling is all about.

Going through that process for something that I’ve created is not something I necessarily want or need to participate in.

It’s a two-way street, in a sense – and I’ve already done my half of the work! But I think it’s a compliment that people want to devote that much time to digging deeper and deciphering what it is you’ve put out there.

One popular theory is that the pin on Cooper’s lapel is somehow significant, that its presence and absence reveal something important about the chronology of events. Was that an intentional device?
Not that I am aware of. That might be a question for David. I would say, rather than attribute it to something mysterious and sinister or fantastic and deeply hidden, it could also just be a continuity error. I’m not entirely sure.

I understand that Agent Cooper is partly based on you. But which aspects of your character?
Vocabulary, precision of language… I mean there are also some things that, oddly, David and Kyle [MacLachlan] and I all share, like a focus on good manners. I guess that has something to do with how we were all brought up.

I would also say Coop’s deductive ability is something I’ve always sort of prided myself on. Not that I’m a detective, but I like to figure things out in a way that combines intellectual rigour and heavy reliance on intuition. I guess it’s about using both halves of your brain.

You’re a big believer in the importance of narrative, whereas David is fond of ambiguity and the abstract. How does the push-and-pull of that dynamic work creatively?
I think that’s part of the synergy when we’re together. His particular set of talents sometimes benefit from narrative rigour and that’s part of what I bring to the equation.

But it’s a little reductive to say, ‘He does A, I do B, and that equals C.’ There’s also a particular chemistry that just comes from working with someone – in the same landscape with the same set of characters – for a long time.

That’s kind of unusual. I think it’s why this is the one thing we’ve done together that we keep coming back to.

As people, how do your worldviews compare?
A worldview is such a personal thing; it’s a constantly shifting kaleidoscope of all sorts of different thoughts, feelings and external stimuli.

But I think he views the world in fairly stark ways and – this is just a guess, not a criticism – sees things through a more dogmatic lens, given his immersion in Transcendental Meditation. Mine’s perhaps a little less structured or influenced by a single rigorous philosophy like that. 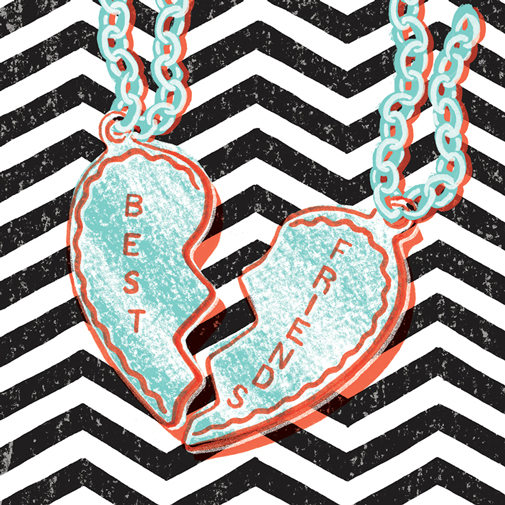 Several actors from the original series died before The Return aired, including your father, who plays Doc Hayward. What did it mean for you to see him in it?
It was great. We shot the scene about a month even before production began. We were at his place in upstate New York and I was there with my brother and my son, with David directing remotely from LA. So it was kind of a wonderful way to all be together and I think it was, in fact, the last opportunity before we lost him. So yeah, that scene meant a lot to me.

Did he have a fondness for where Twin Peaks sat within his career?
Oh, very much so. In fact the character was based largely on his own father-in-law – my mother’s father – who was a very good doctor in upstate New York. There was a lot of synchronicity all the way through the writing and casting of Twin Peaks and that’s just one example of that.

There’s thematic synergy too. You’ve got good versus evil, day versus night, light versus dark, picket-fence wholesomeness versus subterranean secrecy. What, for you, is the most interesting thing these motifs get at?
I think one of the things I was exploring in both books was the difference between secrets and mysteries – and the degree to which secrets can be, and usually are, corrosive to whatever group or community is protecting them.

As opposed to the embrace of mystery, which I think is a more liberating attitude to take towards the difficulties you encounter in life. But the way Twin Peaks used elements of metaphor and mythology to explore dark themes and other realms is something you can find throughout the ages of storytelling.

What books do you think have had the biggest impact on you?
As a reader I’m omnivorous, so I’m all over the map in terms of influences. I would say Catch-22 [by Joseph Heller]; George Orwell’s Homage to Catalonia; The Least Amount of Possession by A.S. Byatt was a book that profoundly affected me; Carl Jung’s autobiography [Memories, Dreams, Reflections]; Joseph Campbell’s notebooks and [Kurt Vonnegut’s] Slaughterhouse Five. That list feels incomplete because I have so many.

For any storyteller, there is a fine line between creating mystery with authority and the sense that you’re not fully in control of the material. What is the key to developing a narrative where the audience can instinctively tell that you know what you’re doing?
Boy, what a great question! I think part of it is just years of doing the job. It’s developing honed instincts for when to hit the throttle, when to take a side street, when to slow down. Those are things that only get refined over decades of use. That’s not to say people can’t write great narratives without experience.

But there’s something to be said for keeping at a craft for so long that you can achieve something like mastery. Having done this for 40-plus years at this point, I’d say that’s the biggest advantage I’ve got going for me.

Twin Peaks: The Final Dossier is published by Macmillan. Twin Peaks: A Limited Event Series is available on DVD & Blu-ray.

Linkedin
RELATED ARTICLES
OTHER ARTICLES
After building his reputation covering the US civil rights movement in the 1960s, the photographer went on to produce some of the most enduring images of the past century.
A new law change is enabling Britain’s donor-conceived children to know the truth about their origins – but campaigners say the fertility industry must do more to protect people.
Photographer Becky Tyrell went down to the fading banger and stock raceway to meet a community desperate to keep it alive.
Social prescribing connects people with non-medical support to improve their health and wellbeing – but some experts worry it’s just a stick plaster solution.
Filmmaker Laura Poitras discusses her new documentary which traces the remarkable life of the artist-activist and the impact of her battle against the US opioid crisis.
Tristan O’Neill’s shots of dancers caught in moments of reverie at the height of rave’s golden age are a testament to the UK’s legendary club culture.