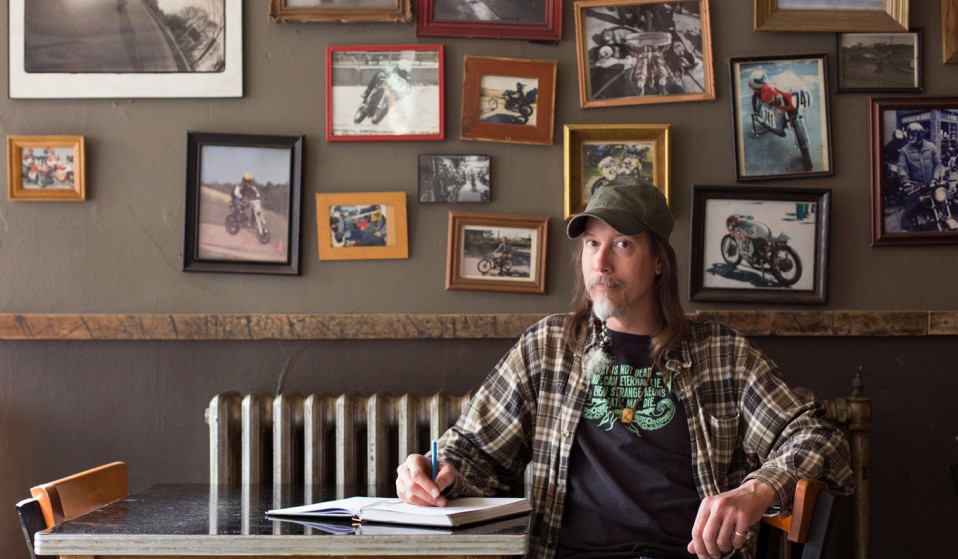 Portrayed as a struggling dreamer in cult film American Movie, director Mark Borchardt has made a madcap documentary of his own about UFO hunters.

Portrayed as a struggling dreamer in cult film American Movie, director Mark Borchardt has made a madcap documentary of his own about UFO hunters. But he's determined to not be mistaken for a fantasist.

Mark Borchardt is an independent filmmaker operating outside of convention. But if you’re at all familiar with his name, you might have the wrong idea about him.

The 50-year-old is best known as the subject of Chris Smith’s 1999 documentary, American Movie. On the surface, he appears unchanged: tall frame, long hair and a Wisconsin accent that mirrors the one from relatively nearby North Dakota (as heard in Fargo).

In reality, he’s a remarkably different figure. American Movie portrayed Mark as a young auteur struggling to make his debut film, Coven. It makes for an occasionally calamitous tale of a man from a small town with big dreams.

In one memorable scene, Mark stands in front of a torn-down building he’d planned to use as a filming location, voicing his frustration: “Last night I was so drunk, I was calling Morocco. Trying to get to the Hotel Hilton in Tangiers from Casablanca. That’s pathetic. Is that what you wanna do with your life? Suck down peppermint schnapps and try to call Morocco at two in the morning? That’s senseless.”

That may sound like the amusing aftermath of a drunken decision but, in another light, it offers a glimpse inside the mind of an ambitious filmmaker with profound self-belief. 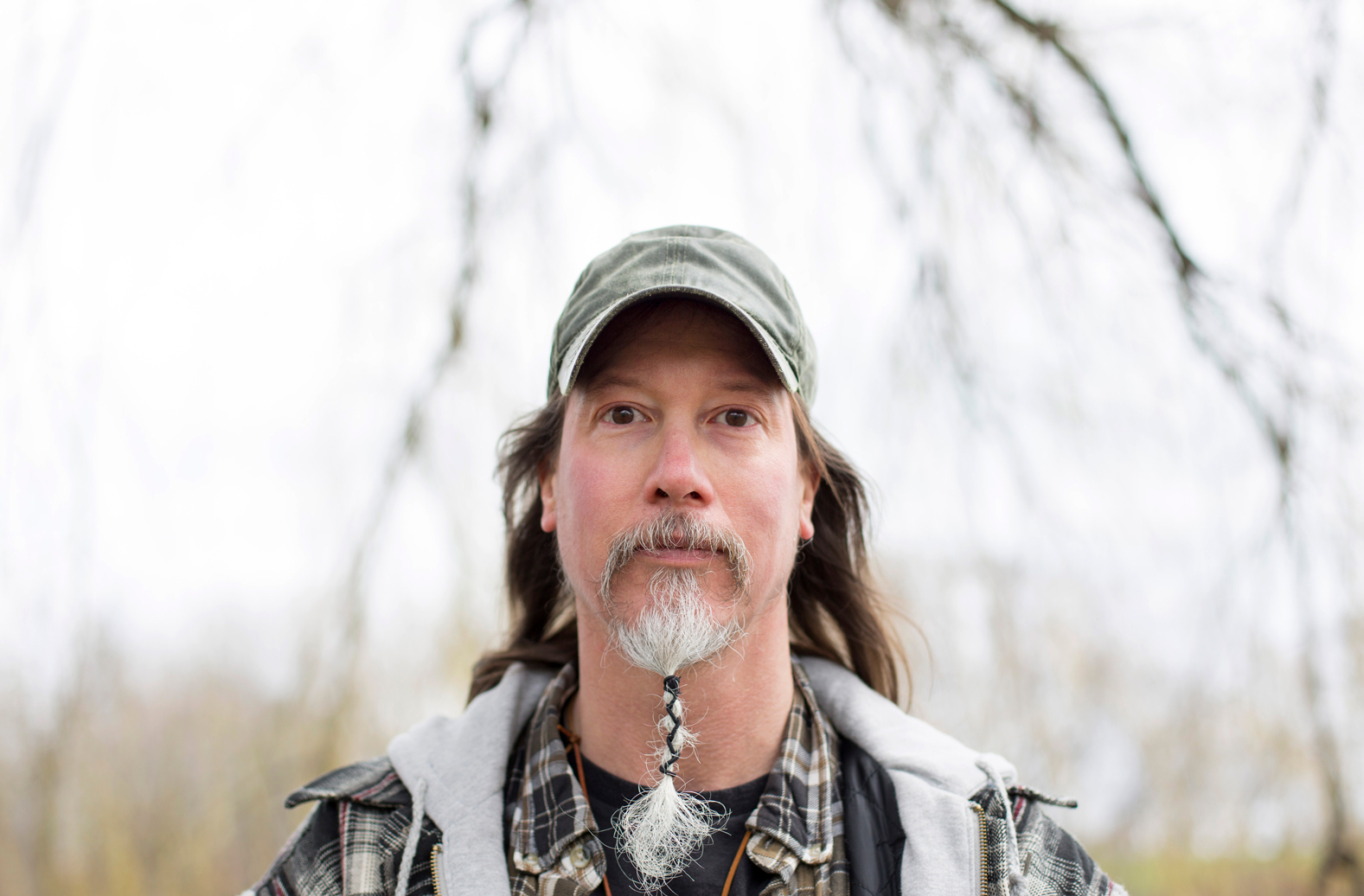 “I don’t drink [anymore], I don’t do drugs, I don’t watch TV and I write seven days a week,” says Mark, adding that he reads The New York Times every day.

He’s speaking from his home in Wisconsin and sounds keen to be taken seriously. Just mentioning American Movie is off-limits, suggesting that its caricature has been a burden to carry for nearly 20 years.

American Movie propelled Mark to stardom, leading to appearances in movies and late-night talk shows. But he wasn’t prepared to compromise his autonomy or resemble the goof-off people wanted him to be. 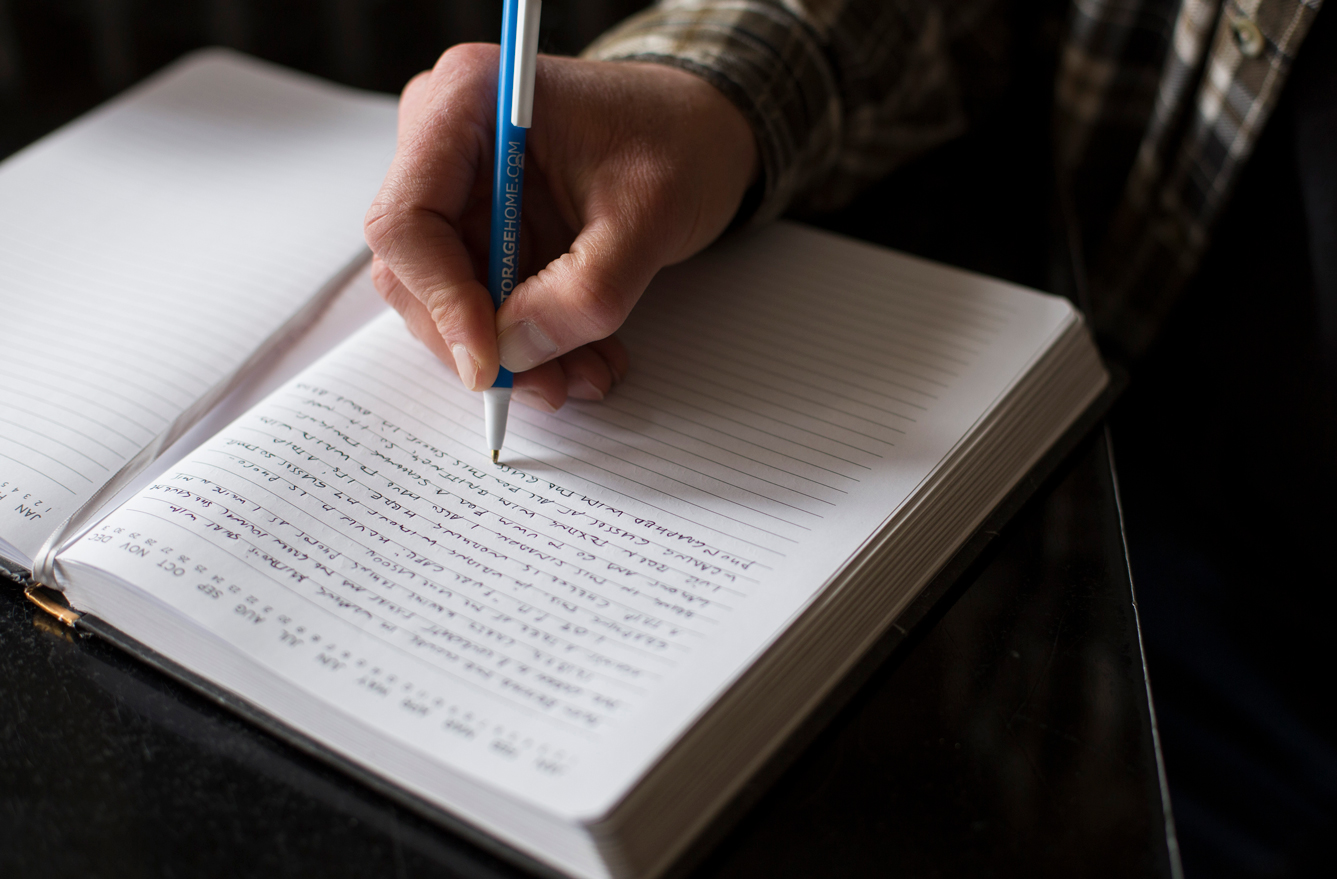 Instead he treats various projects as fields to be harvested gradually, on his own terms. Mark began working on his new film, The Dundee Project, after seeing an advert for a UFO festival in the nearby town of Dundee. It inspired him to take his camera along, year after year, until a madcap documentary of his own materialised.

“I first heard of UFO Daze while mindlessly drifting through the sad infinite wastelands of cable television, drawn into the spell that mercilessly disembowels one’s better instincts, all the while being mesmerised by the inanities of its offerings,” he narrates as droning electronics play over rolling landscapes.

“I didn’t have an idea for a film, I just film,” he says now. “I like being outside and I don’t like small talk, so at gatherings I’m not going to get involved in conversation because it doesn’t interest me.”

This is spoken with a directness that feels as much of a warning as a general statement. As he continues, it’s clear that Mark is a formidable cinephile – speaking passionately about the likes of Bergman, Welles and Fassbinder – but nothing has been a bigger influence than his own life.

“My filmmaking is a personal, exploratory art about the experience of life and the imagination; it has nothing to do with anyone else but me,” he says with a vaguely defiant air. “It all revolves around my experiences and my thinking.” 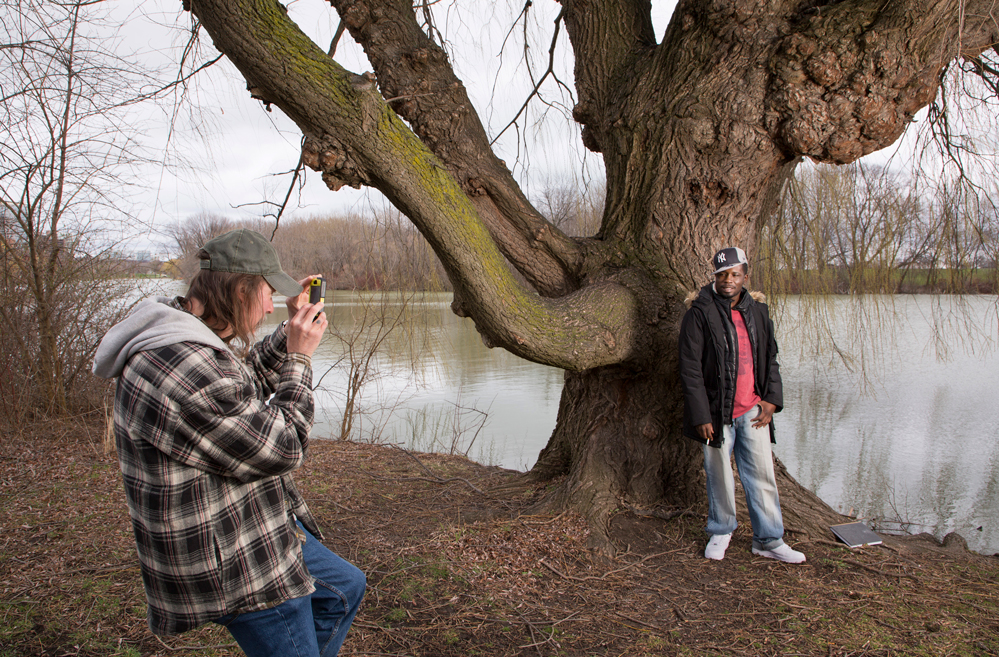 Mark first picked up a Super 8 camera in 1980, he explains, but invested his formative years studying film books more than cinema itself.

“I would look at the photographs – those dramatically posed black-and-white publicity stills from films – and I would become enchanted as to what the premise was.”

Was this a form of fantasy? “No, no, no, no,” he spits out firmly. “No fantasy. No. I was so engaged in real life that the last thing I wanted to do was sit in front of a screen.

“What film did simply was this: I was enamoured by composition and the camera’s possibilities. I thought, ‘What if you put real people with real dialogue, which film doesn’t do, in front of the screen but with cinematic compositions?”

It’s an approach applied to his latest film which, despite lasting only 17 minutes, has taken almost as many years to finalise. The focus of the documentary, UFO Daze, is a festival that involves as much paranoia as it does partying.

“They’re in good spirits because they’re full of spirits – they’ve been drinking all day!” says Mark.

Colourful characters include UFO Bob, who says he’s on good terms with an alien called Eve, and the wide-eyed Mike McKenna, clad in Hawaiian shirt and backwards baseball cap, who guarantees an unexplained sighting.

Asked if he can relate to these figures – people who openly recognise their fringe status and don’t give a damn – he reverts back to his outsider stance.

“I don’t relate to anyone. I’m completely removed from people. We’re friendly but I don’t sit around and think, ‘Do I relate to someone else?’ It just doesn’t enter my psyche.” 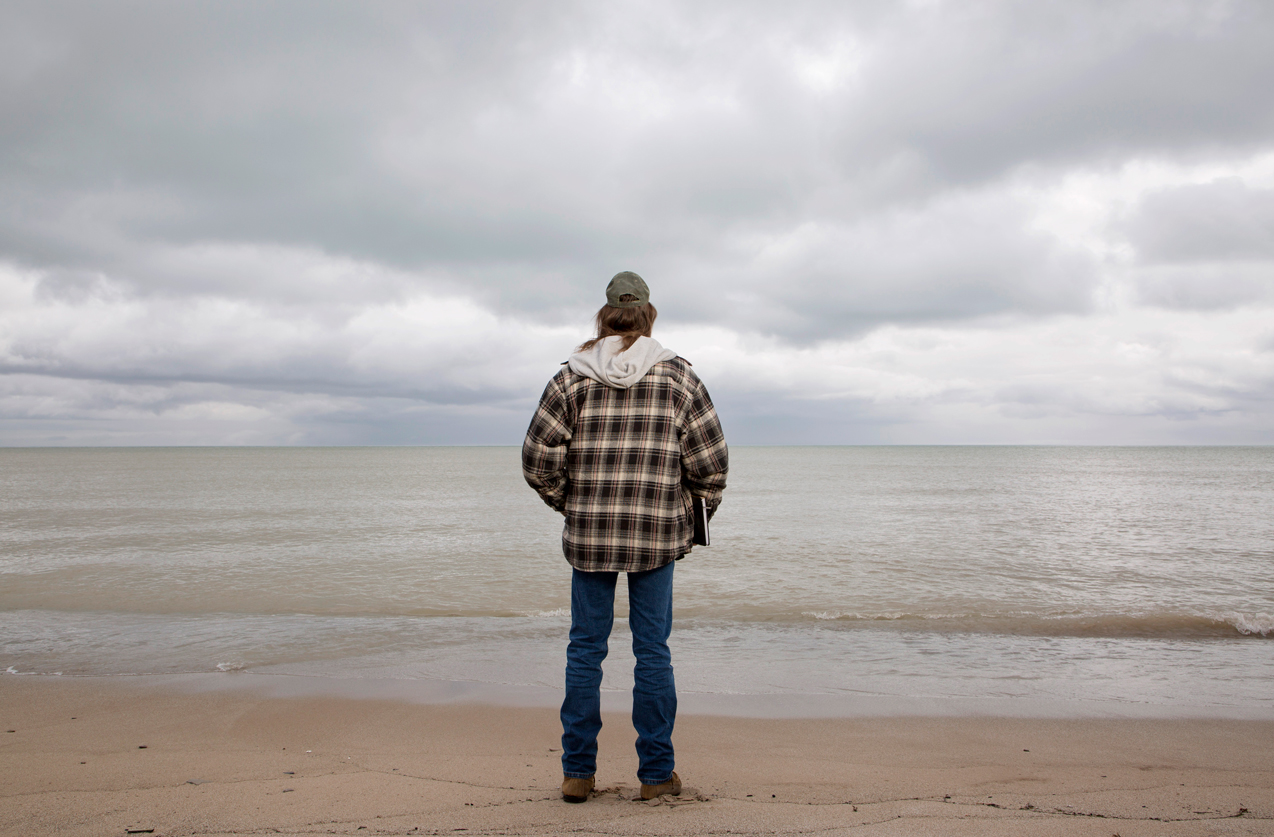 Still, something about the film’s mix of conspiracy theorists and dreamers feels like a perfect fit for him. There’s talk of a homemade time machine, aliens keeping track of the local football team and a nearby vortex for spaceships.

Tying it all together is an outlook that Mark has managed to find poetry in – a reminder that outsiders can be found everywhere.

“There’s a lot of alienation, wonderment – an alchemy of many things,” he says.

“To be exposed to such a gathering of mysterious, charismatic personalities, I realised that these pockets of dream worlds exist everywhere, even in your own backyard.”

Linkedin
RELATED ARTICLES
OTHER ARTICLES
Mass crustacean die-offs in the North East have led a community of fishermen to take action to save their seas.
Activists and campaigners are fighting back against new laws that would seriously undermine the ability to take industrial action, calling it an attack on fundamental workers' rights.
From snake handlers to mardi-gras revellers, Tom “TBow” Bowden’s photos provide a snapshot of the wonderful and weird people who make up America.
After a two-year hiatus and a new album, the Nigerian artist is riding high. Now, he wants to bring his alternative, genre-bending sound to the world.
The first-generation graffiti artist reflects on the tagging’s emergence as an art form and the players who pushed the medium forward.
Campaigners reflect on what the supreme court’s decision to allow buffer zones in NI means for the future of reproductive rights in the UK.