Enigmatic writer JT Leroy became a global literary sensation during the ‘90s, but the truth only emerged in 2005: he didn’t exist.

Enigmatic writer JT Leroy became a global literary sensation during the ‘90s, but the truth only emerged in 2005: he didn’t exist. Director Jeff Feuerzeig seeks to uncover the truth in his film, Author: The JT Leroy Story.

Who was JT Leroy?

The teenage writer’s novels created a storm across the globe during the 1990s and his dark history of abuse, prostitution, rape, exploitation and religious indoctrination translated into compelling stories on the page.

The mysterious, gender-fluid figure became a literary sensation, with celebrities such as Winona Ryder and Courtney Love singing his praises and Bono sending him backstage passes. He appeared to the public as an effeminate waif, sporting a red fedora, big sunglasses and a blond wig. 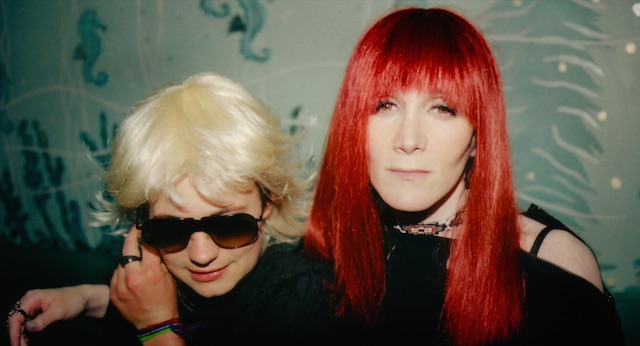 But in 2005, the true author of JT Leroy’s incendiary work was exposed as Laura Albert, a Brooklyn mother who had been abused as a child. The person who had impersonated JT in real life was unmasked as Savannah Knoop, Albert’s boyfriend’s half-sister.

Are you still following all this?

In retrospect, the story appears too surreal to believe, but there’s no doubt the JT Leroy myth ensnared those who came close. Director Asia Argento worked closely and tirelessly with JT to faithfully adapt his cult novel The Heart is Deceitful Above All Things, but even she was shocked when the truth broke.

So how did did Albert and Knoop manage to fool people so convincingly and for so long?

Documentary Author: The JT LeRoy Story retells the elaborate hoax with the aid of interviews with Albert herself and access to her extensive archive of audio correspondence as JT. Director Jeff Feuerzeig’s film is unapologetically subjective and allows Albert to tell the story in her own voice. We spoke to Feuerzeig about his motivations behind the film.

Why did you decide to make the film?
I’d heard about the story. I didn’t know about it when the story happened in 2006. A friend turned me around to it and said, ‘This seems like it might be up your alley’. So I read those articles that had come out and at the time it was being called the biggest scandal of our time. I was like, ‘I think there might be more to this story. I’d like to know what happened.’

I wanted to hear the person who hadn’t spoken to anyone yet. I reached out to Laura, the author, and I sent her my film The Devil and Daniel Johnson, which deals  vividly with madness and creativity. She really responded to the film and loved it. She said no to many other people who had approached her before me, but she saw my work and she said, ‘I’m going to go down this road with you because you’re a Jew and you come out of punk rock.’ Both of which are true. And then I read her books: Sarah first, then The Heart is Deceitful. I thought it was great writing. I love  southern gothic literature very much, because I was a Flannery O’Connor fan. 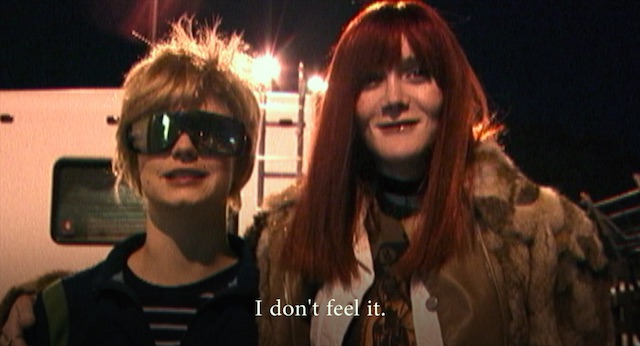 How did you react to the details of her story?
I think we’re all formed in our childhood. Her books were transgressive fiction that dealt vividly with physical and sexual abuse, so those are the themes she was writing as JT Leroy. I’m not sure that it was a total surprise to learn that Laura was physically and sexually abused and also institutionalised. She shared her life story with us.

In the film, you rarely cut to anyone else, was that intentional or more the result of people not wanting to talk about it?
Many people chose not to be interviewed and that was fine, because I love subjective storytelling. I don’t like all those talking-head films because that is very conventional. Two of my favourite films are The Kid Stays in the Picture, which is refreshing because it’s just one voice: Robert Evans; and Tyson, told only by the boxer Mike Tyson. So my film is largely Laura’s telling and I’m happy with that. It was a choice.

Did you ever ask Laura why she recorded all of her conversations with various people?
She documented her whole life. She gave me her whole archive. She took thousands of photos, videos and recordings. She was a writer and clearly knew that the journey she was on was not a normal journey. I don’t think she could have ever made this film herself. She needed someone like me to come along and she handed over everything. For a documentarian, it’s great to have that archive to make an immersive experience. 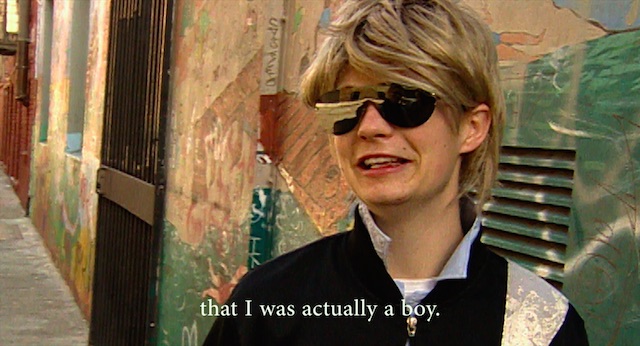 Do you think we’re more open to gender fluidity in writing or any other art form now?
This keeps coming up because it’s baked into the story and I think it’s fascinating. Right now there is this moment of openness of gender fluidity where people are now more comfortable being gender fluid and knowing people who are. Savannah (Albert’s sister-in-law) being androgynous clearly was playing with that, back then, as a celebrity. Young people coming up to me are very comfortable with that – it doesn’t rock their world.

In the film Laura talks about difficulties writing in a female voice…
I think she had different issues. She says that when she was young, because she was abused, she had so much self-hatred and body issues that she wanted to be a boy. She made endless calls; she had a telephone hotline addiction and called as boys – all those doodles were boy-girls that you see in the film.

Why is it important for you to tell these untold stories?
It’s a cliché, but truth is stranger than fiction. I find these stories to be infinitely fascinating. I like a good story like anyone. And I’ve never heard a wilder story than this. This happened to be a story about a story. I spent two years trying to make sense of it myself.

How has punk rock defined your direction?
When the Sex Pistols’ first single came out in ’76 or ’77, I was 13. In my suburban neighbourhood, reading about the Sex Pistols over here as a young boy – with safety pins in cheeks and music that everybody was saying was just noise – I ran towards to it. I wasn’t in New York City, which was only 40 minutes away, but I was reading all those magazines and fanzines and collecting records and immersing myself in that mythical world of, not only England, but also The Ramones. Ironically, the same thing happened to Laura Albert in the film. Punk was her salvation – it was many people’s salvation. It just happens to be a coincidence.

Did that salvation give you a creative opening?
What I learned being in the scene as I got older, doing college radio and occasionally contributing to fanzines, was that anybody can take part – so maybe you were in a band, or a photographer or a filmmaker or a journalist. I knew people who did all of the above and it empowered us. It was a DIY spirit where you don’t have to be just a fan in the stand. It closed that distance to this intimacy. Art people come to JT Leroy through that context of punk, salvation and liberation.

Author: The JT LeRoy Story is in UK cinemas from July 29.

Linkedin
RELATED ARTICLES
OTHER ARTICLES
A 37-year-old woman shares how her abortion led her to become a clinic worker, and the abuse she’s received in that role.
In his 2008 series, the photographer pictured himself as Angela Davis, Martin Luther King Jr., Malcolm X, and other prominent figures.
Financial turmoil is pushing people who work in the sex industry into more dangerous and desperate situations as a means of survival.
Yesterday thousands gathered outside Buckingham Palace after news of the Queen’s death broke.
For over a decade, gamblers have won big by employing people to place live bets from the court. But does this dubious method still work?
The two-day long event returned to London this year, showcasing a spectacular parade, steel bands and Caribbean food.