Brittany Parker always dreamt of being a surfer but there was one problem – she lived in Glenwood Springs, Colorado, 6,000 ft above the sea. Determined not to let that hold her back she discovered a surprising scene in the Rocky Mountains and has become one of its most fervent ambassadors.

Brittany Parker always dreamt of being a surfer but there was one problem – she lived in Glenwood Springs, Colorado, 6,000ft above the sea. Determined not to let that hold her back she discovered a surprising scene in the Rocky Mountains and has become one of its most fervent ambassadors.

“The first time I saw someone going down the river on a stand-up paddleboard I thought it was like the goofiest kookiest looking thing I’d ever seen,” laughs 25-year-old Brittany Parker. “But it looked like so much fun. So I got a board and I went down the river on it and I have been doing it almost every day since.”

Brittany is sitting in the garage of her best friend Claire Chappell, another rapids enthusiast, picking out some gear for today’s ride. We didn’t meet at Brittany’s house because she doesn’t have a house right now – she’s living out of her truck, instead, in between inland surf adventures across the US and beyond. But Brittany is happy wherever there are waves, and she has a vessel on which to ride them.

“Anywhere there’s a wave I’m going to try to surf on it. Whether it’s a lake, a river or an ocean,” says Brittany, who got into stand-up paddleboarding, also known as SUP, as a raft guide at Glenwood Adventure Company. Quickly, her passion for SUP on rapids evolved into what’s known as ‘river surfing’ – surfing on a river using standing waves caused by an obstruction in the water – and it became an obsession. “I always wanted to be a surfer but living in Colorado it’s not the easiest thing to get into,” she says. “I saw some people surfing down at the Glenwood wave, which is really close to my hometown and got a board and got on this wave. It took me about a year to get the hang of it. But I just wanted to surf and I think once you have that drive you’re going to find a way, no matter where you are.” 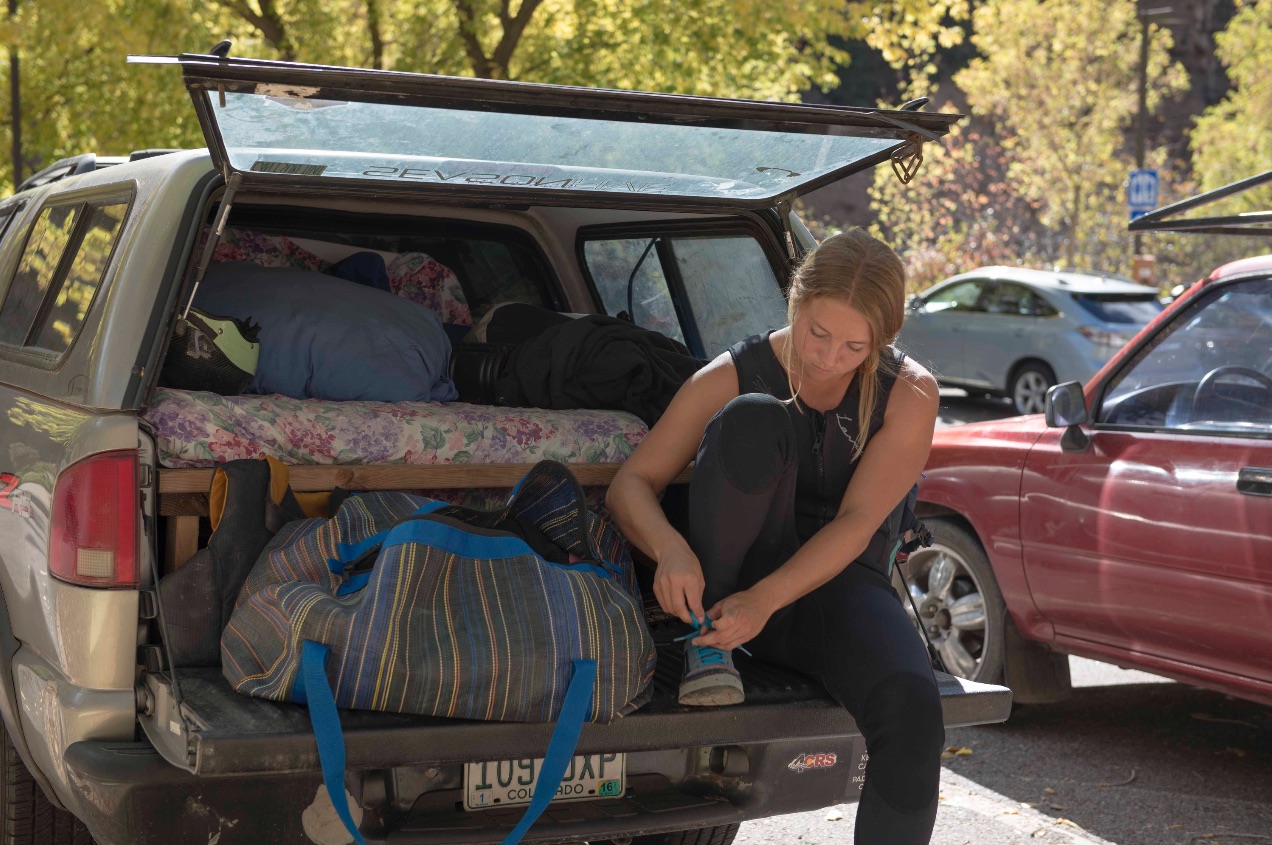 There are not many people in the world who do this niche sport, and even fewer women, but Brittany quickly found herself surrounded by open-minded paddlers, like Claire, who had the same drive as her. Together they built up confidence and encouraged others to do the same. “There’s not a lot of women doing this and I think it has a lot to do with the fear,” says Brittany, who recognises that it can be a dangerous sport with people losing their lives on the river every year. “But fear is healthy I think and I thrive off of it and use it as a tool to help me become stronger or to take a few steps back and make a smart decision… I’m working really hard to create roving river surfing clinics for women specifically and a film we just made Can I Surf That? is based around female river surfers – so I’m hoping that that will encourage more women to get out there and also give them the resources to get into it safely and in a more controlled environment.”

Can I Surf That?, directed, shot, and edited, by another Colorado powerhouse Heather Jackson, follows Brittany, Claire and another local surfer Nadia Almuti, for two years as they explore the world’s best non-ocean waves. It’s a roadtrip story of the challenges and achievements of these whitewaterwomen and a great insight into the scene as a whole. “We wanted to take that age-old concept of searching for the perfect wave, that you see in many mainstream surf films, and add a spin to it by bringing it inland. And so we travelled all around and we found lots of waves and we learned a lot and we met a lot of people. We didn’t meet a lot of women, but hopefully that’ll change.” 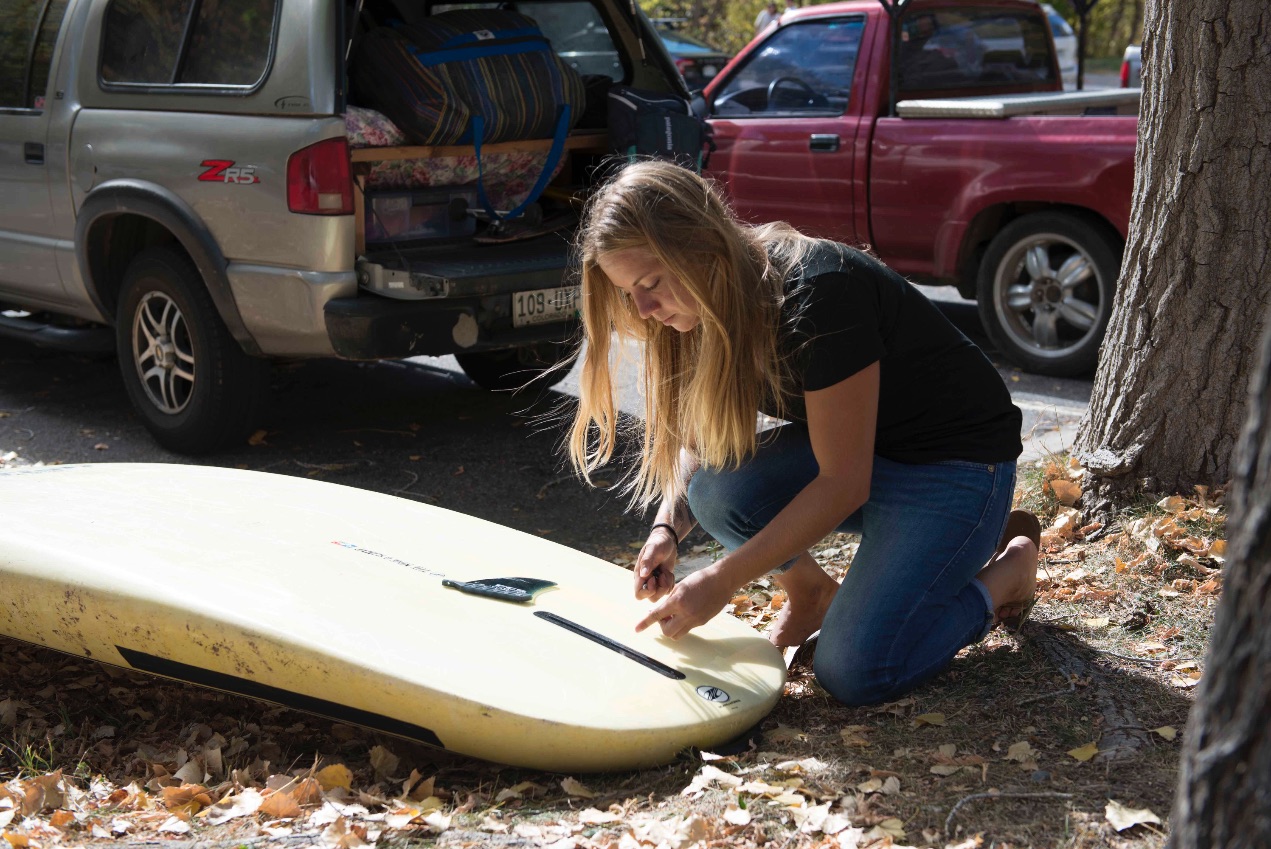 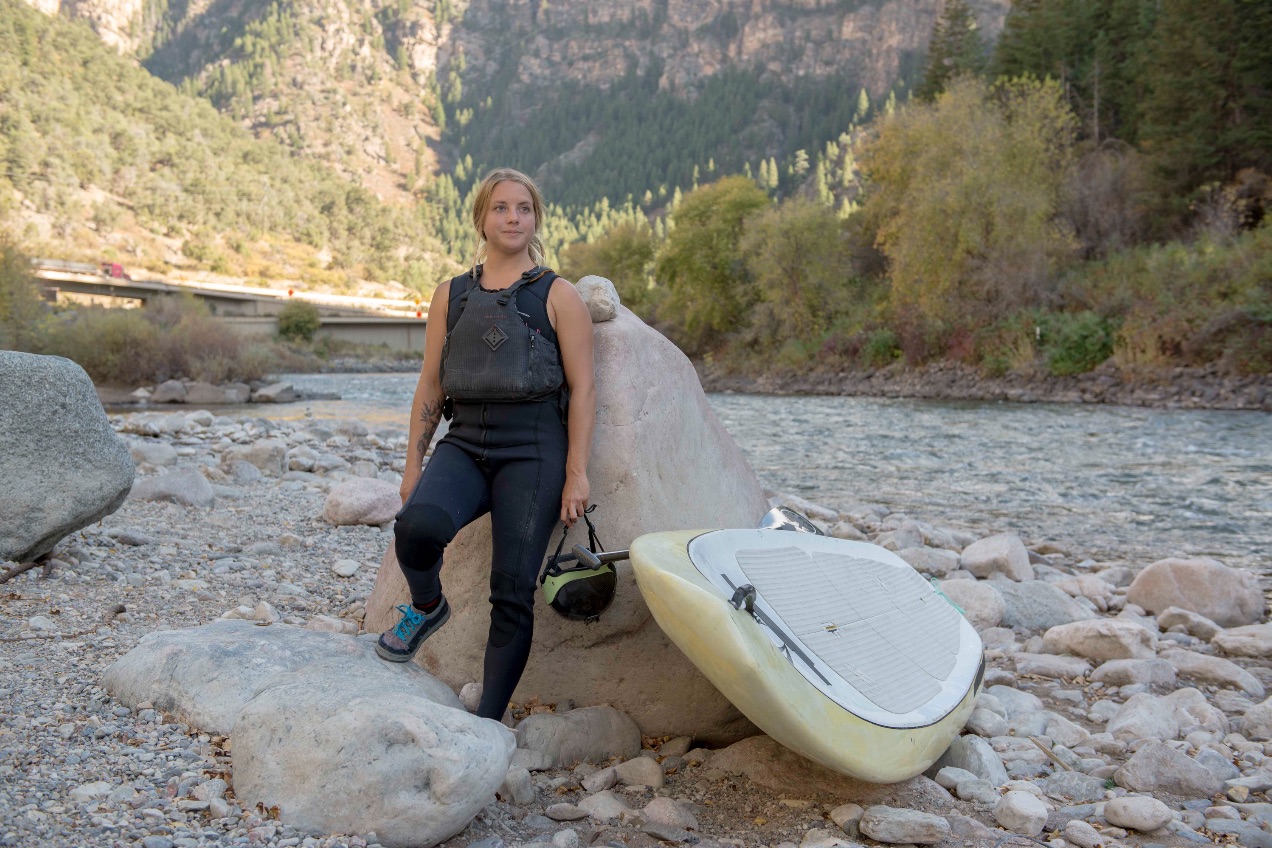 River surfing may not have the international interest and big-brand sponsorship of its beachside sister – although Brittany is in fact a pro athlete for SUP – but being an outsider helps the crew stick together. “River surfing is very unique, it differs a lot from ocean surfing because it has such a strong sense of community,” she says. “Everyone’s really close and looks out for each other. There’s no animosity, there’s no localism. You can be on a boogie board, a stand-up paddleboard, a kayak, an inflatable whale, it doesn’t matter. Everyone’s just so happy to be out there with all their buddies, watching their friends surf, and cheering for them if they just did a new trick. It’s a small community, but we’re all over the world.”

As awareness grows river surfing and stand-up paddleboarding are getting more and more popular for those without access to the beach. “Everyone’s looking for new ways to explore their local waterways and just to be more in touch with nature,” agrees Brittany. “So stand-up paddleboarding is huge and it’s growing quicker than any other sport. I think people want to try new things and get on the water, and it’s nice because anyone can do it do a certain level.” 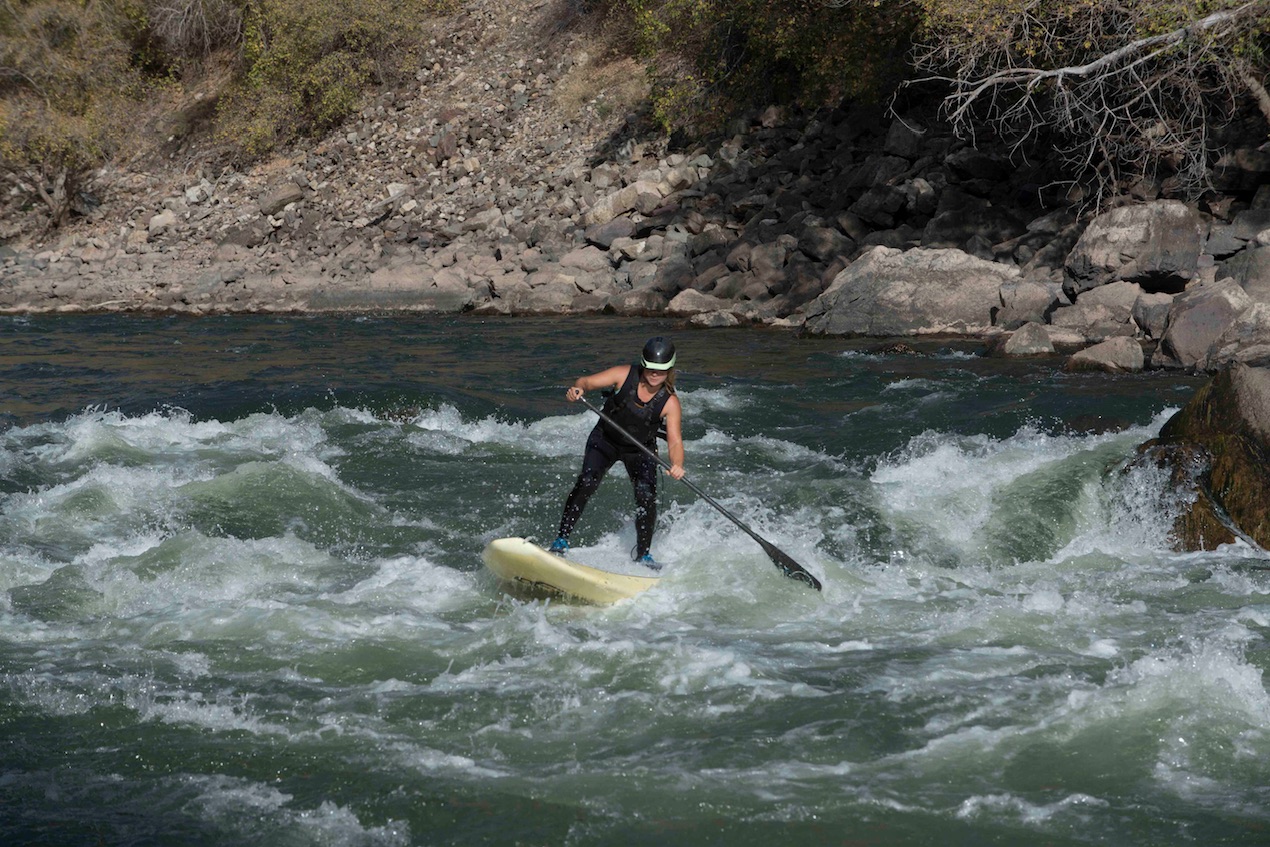 For Brittany it has become a way of life. And although not everyone can do it at her level – at one point she recounts a story where she was held under an ocean inlet wave that had whirlpools the size of buildings and was known to have sunk tug boats – she is positive about the transformative potential of the sport for many.

“I’m on the water four or five days a week, at least. If I’m away for it for any longer I go crazy,” she laughs. “The water is what calms me and brings me back to my centre and makes me feel a little bit more grounded. When I’m on the water I don’t have to think about my phone, my Instagram, my Facebook, all that stuff. It’s the only thing that allows me to be completely in the moment… Being on the water has changed my life in a way that I couldn’t ever have imagined. It’s taken me to so many places and it’s opened up this whole new world… It makes me feel more alive than anything else and I feel more connected to nature and to who I am really. When I’m on the water it strips away everything, all the bad, all the good, everything and I’m just me.”

This film was sponsored by Finlandia in support of 1% for the Planet. Special thanks to Brittany Parker and Heather Jackson, director of river surfing film Can I Surf That?.

Linkedin
RELATED ARTICLES
OTHER ARTICLES
No animal quite captures our imagination like sharks. In Journey From the Source: Episode III we visit Jupiter, Florida, to meet a shark diver who swims, cage-free, with the ocean's top predator every day. His advice? Never turn your back on a shark.
Just 15 miles outside Washington, DC, one of America’s most dramatic stretches of natural whitewater explodes into focus. Journey From The Source: Episode II tells the story of a man who has paddled it for 30 years. And the glory, and tragedy, that has accompanied him along the way.
He’s almost 50, he's got asthma, he’s about 235 pounds, and he's also a world-class athlete. Meet 'Kraken', the sea monster – a Finnish freediver who only realised he had the makings of a national champion in his late 30s.