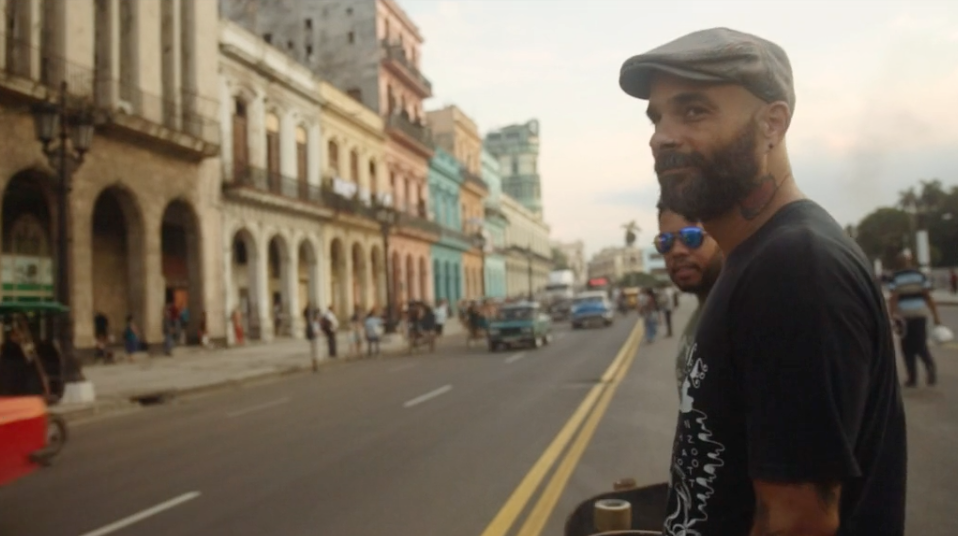 Meet the Cuban skateboarder struggling to accept his country's fate.

A free-market economy is transforming Cuba... but one skateboarder feels torn over his country's changing identity.

The Cuban government currently permits 201 types of private businesses – and tattoo parlours are not one of them.

So when State agents visit Che Alejandro’s studio to shut it down and confiscate equipment, he’s only able to avoid closure by paying a small ‘fine’.

Ché’s clandestine tattoo operation is the story behind The New Ché of Havana, a new documentary short by Bryan Chang and Alex Mallis.

“When we met him and walked into his shop, I was immediately enamoured,” says Alex. “He is such a warm and welcoming person and, as a skateboarder, I could identify with his attitude.

“In many ways Ché is on the forefront of a new generation of artists and entrepreneurs who are taking full advantage of the changing Cuban landscape.”

That transition is something Ché feels conflicted about. While he depends on the outside world for supplies, he wants his clientele to remain intimate and for his prices to stay affordable.

And while the country’s nascent free-market economy means that people finally have the opportunity to buy property, it also means the gap between rich and poor widening.

“There is also the fear that American-style capitalism will bring an end to a certain way of life for ordinary citizens,” says Bryan, “who up until recently have been sequestered from corporate advertising, economic land-grab mentality and the blatant materialism that highlights a separation between the haves and have-nots in the rest of the world.”

Ché sees a need for greater self-determination – things like freedom of speech are not currently protected, Alex points out – but he also doesn’t want to see Cuba’s strong sense of community eroded by large corporations hungry for profit.

In other words: keep the strong socialism, remove the dictatorship and make the country truly democratic.

“Ché seems to feel greatly ambivalent,” says Bryan, “and while he seemed to welcome the changes that would generally make material goods more accessible, he consistently professed a deep love for his island and his desire to hold onto the elements of Cuban society that make it a great place to live – its healthcare and education systems, the vibrancy of its culture and the closeness of its people.”

In the film, however, that frustration with uncertainty never bubbles over. Ché takes everything in his stride, his demeanour unperturbed. He simply describes himself as a ‘neo-hippie communist’ who wants to live on his own terms.

Check out La Noche Buena, another narrative short by Alex Mallis and Bryan Chang set in Cuba.
Read more stories about Cuba.
Enjoyed this article? Like Huck on Facebook or follow us on Twitter.

Linkedin
RELATED ARTICLES
OTHER ARTICLES
Those set to be impacted by the governments ’undemocratic’ bill explain why it risks silencing them.
The internet furore surrounding a certain NY-based furniture designer should make us question whether condemning people in the harshest possible terms harms more than it helps.
A new book traces the legislation’s tumultuous history and the lasting impact its had on LGBTQ+ activism today.
The novelist discusses his electrifying debut, which offers a deft examination of masculinity under late capitalism.
While the popular news aggregation service has been kicked off Twitter, its demise does not spell the end of digestible misinformation.
Ahead of the policing bill reaching its final stages in the Lords, protestors came together to rally against the legislation.