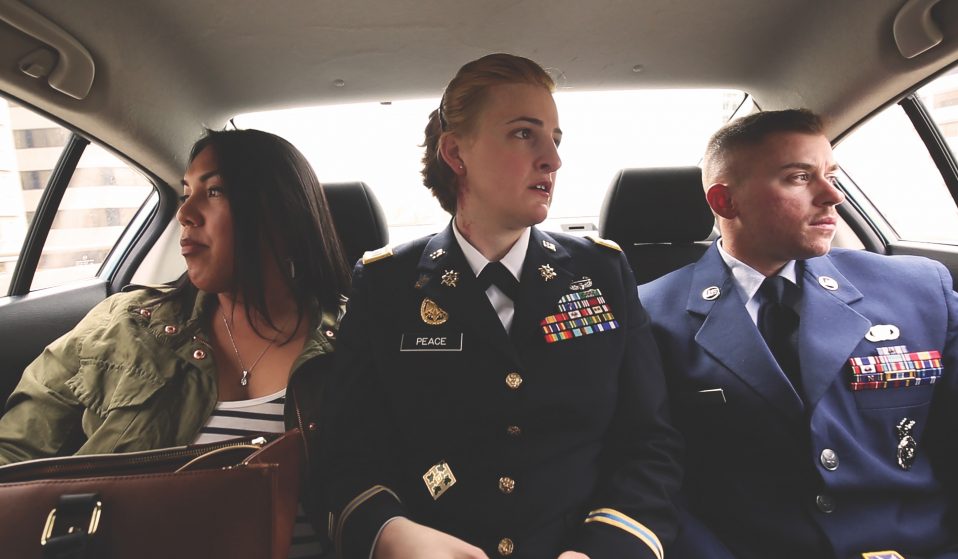 More than six years in the making, Transmilitary captures the highs and lows of a dedicated group of activists as they lobby for the recognition they deserve.

More than six years in the making, Transmilitary captures the highs and lows of a dedicated group of activists as they lobby for the recognition they deserve.

In the late ’90s, British filmmaker Fiona Dawson was volunteering in clinics in Bangladesh. In the evenings she’d shoot the breeze, drink Heineken and play pool with a US marine who was stationed nearby. The two fell in love, got married, and in 2000 Fiona relocated to Houston, Texas. Not long after the move, the marriage ended and Fiona came out as bisexual – but her connection to the military remained.

Volunteering for the Human Rights Campaign, one of America’s largest national LGBTQ advocacy organisations, Fiona was one of a collective of campaigners fighting to repeal the Clinton-era policy of “don’t ask, don’t tell.” They believed that, if you could reform the military, it’d make society as a whole more willing to accept the LGBTQ community. The military had allowed African Americans to serve well before the passing of the Civil Rights Act, and women were guaranteed equal pay to their male counterparts, so it seemed like as good a place as any to make their mark.

By 2011, after decades of campaigning, the repeal finally passed: lesbian, gay and bisexual military personnel would be allowed to serve their country openly. Transgender troops, however, were not included in the new legislation. With an estimated 15,000 transgender people working in the US military (making it the largest employer of trans folk in the US), and with transgender troops twice as likely to serve as cisgender citizens, Fiona decided to set about cataloguing the work of individuals within SPARTA (Service Members, Partners, Allies For Respect And Tolerance For All) as they fought for the rights of transgender service members.

The result – co-directed by Fiona Dawson and Gabriel Silverman, and produced by Jamie Coughlin – is TransMilitary, a documentary more than six years in the making which captures the highs and lows of a dedicated group of activists as they lobby for the recognition they deserve. It’s a rousing and necessary feature that’s grounded in the honesty, openness and courage of its four lead characters – Senior Airman Logan Ireland, Corporal Laila Villanueva, Captain Jennifer Peace and First Lieutenant El Cook. Hopeful and heartbreaking in equal measure, TransMilitary reminds us of the power of personal stories to affect political change. Ahead of the film’s screening at this year’s BFI Flare, we caught up with Fiona to find out more about the film’s origins and her hopes for the future.

Why is this such an important issue for you? What made you compelled to make a film about it?
I began by comparing and contrasting the US and UK – in the UK trans people could serve and transition in the military since 1999, even before lesbian, gay and bi people could serve. I found people who were similar demographic, similar age, rank, years of service, and started comparing their experiences. I wanted to demonstrate how in the UK, when people could serve as their known gender, and when they were supported in their transition, they performed and excelled. In the US, even though everything else was equal, they had to serve in silence.

I felt sick watching the film because it builds to such a happy climax, but all the while you know what’s coming…
So in May of 2017, we actually had the early stages of a rough cut and had just gotten picked up by the IFP Documentary Lab, here in New York. Then that summer, as we thought we were wrapping up the post-production I remember I was about to teach, I was starting a class at nine o’clock in the morning – and of course when you’re teaching you have to put your phone down – and Donald Trump tweeted [about his new Transgender Military-Service ban] 40 minutes before the start of my class. My phone just blew up.

How did those tweets change the film and what you’d been working on?
Trump tweeting raised this to a much higher issue of concern in mainstream media. All along it was hard to get media’s attention, to raise awareness of the problem, but it’s interesting to see how it’s become such a mainstream concern, especially for LGBTQ advocacy. The very real effect for our service members is that these people’s lives are in turmoil, up and down every single day. Luckily many of the people you see in our film are somewhat protected because they’re so far along in their transition, but there are a lot of younger members who are under serious threat from being discharged.

My hope is that TransMilitary will reach audiences that wouldn’t normally watch a film about trans people. 78 per cent of Americans think that being a military officer is a prestigious job, and so if they already have respect for military officers, surely they can see Captain Jennifer Peace as an officer first, someone who excels at her job, who just happens to be transgender. By trying to reach that part of America, we can show that trans people are not scary men, dressed as women that are going to attack your children in the bathroom. We’re trying to completely debunk that myth. We don’t want it to be too political, and in fact originally, we had no intention of putting Trump in the film, he just backed his way into it. 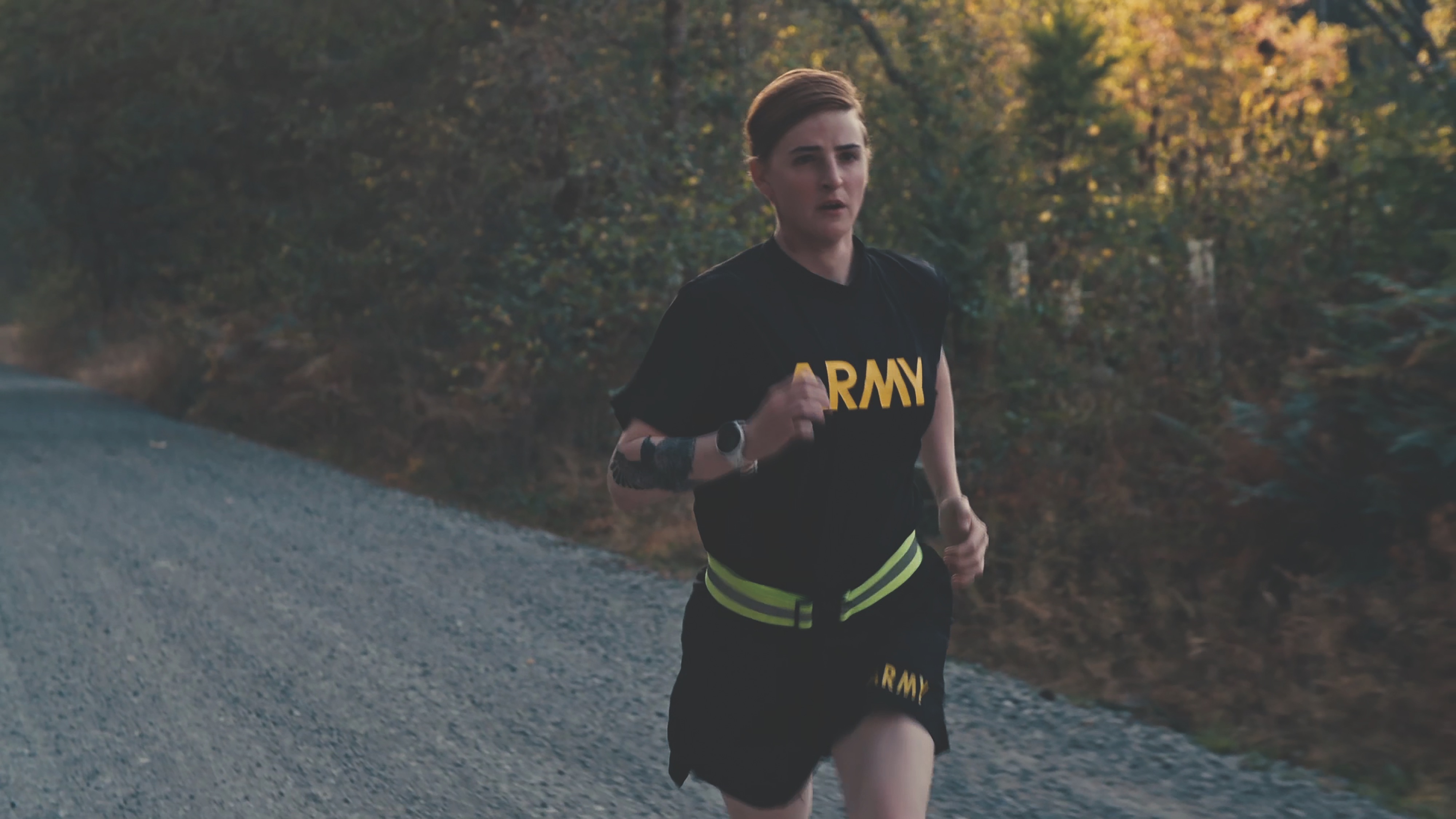 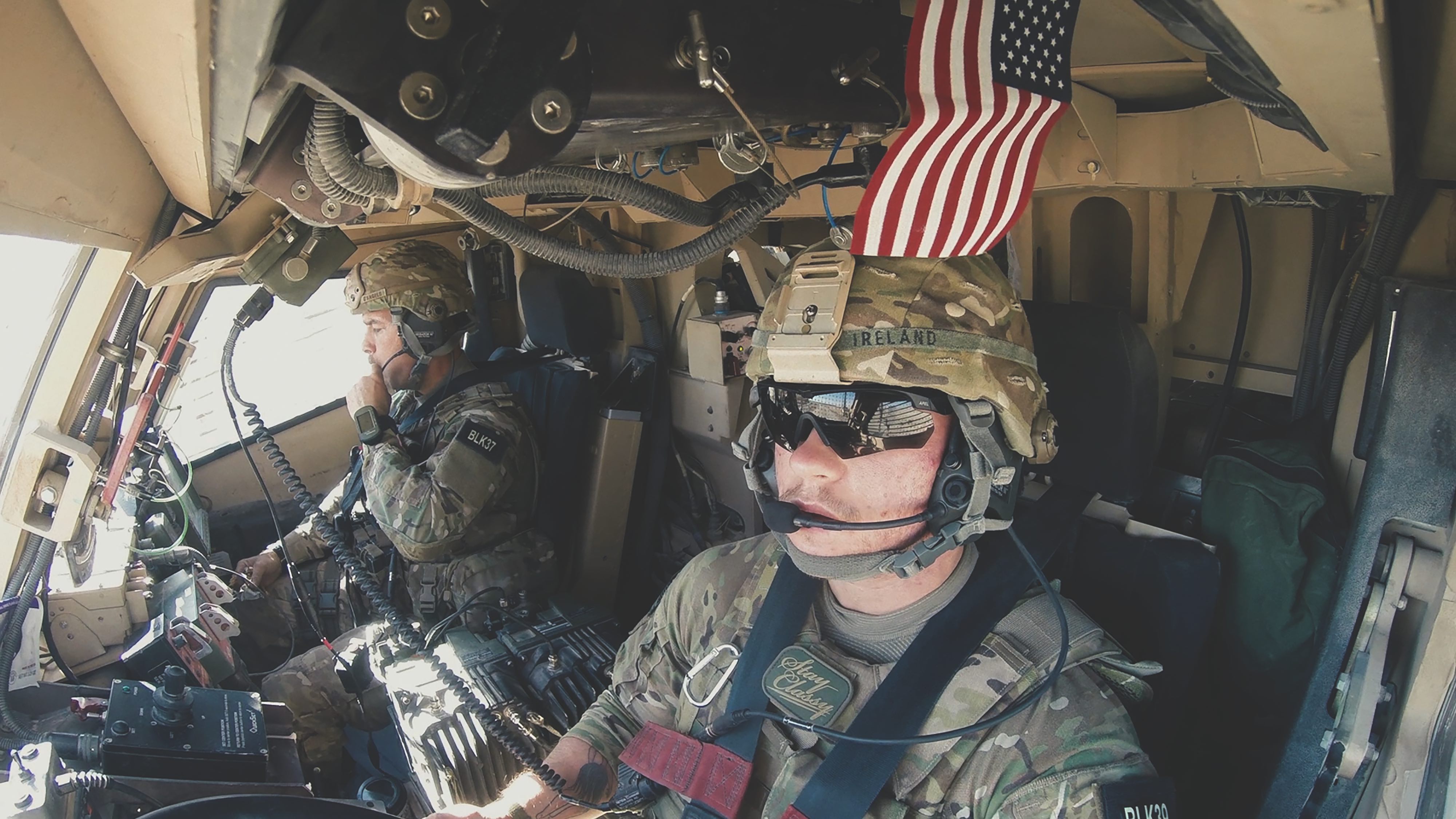 Working in an occupation that has such strict gender binaries, do you think it encourages trans service people to present their gender quite strictly?
As an advocate I understand that gender is not a binary, gender is a spectrum and we have so many different, beautiful stops along that spectrum. Using this film as a piece of advocacy, the original intention was to reach an audience that doesn’t understand gender in that way whatsoever. We specifically wanted to demonstrate that Laila is a woman, that Jenn is a woman and try to understand them. If we can get the audience to appreciate that, then hopefully in later years they can understand that gender is a spectrum. Of course, there are people who identify as gender neutral, genderqueer, somewhere in between. I understand gender is three things – who you know yourself to be, how you present yourself to the world and how the world sees you. Not everybody wants the world to see them as masculine as Logan, but that’s another story that needs to be told. Not everybody who joins the military and who identifies as trans does identify in such a gender binary, and that’s another issue that the US military needs to tackle. Once the ban has been lifted, the next thing we need to focus on will be recognition for gender neutral, genderqueer people.

Their families are so supportive, it was so heartening, but also forces you to acknowledge that even people with such a supportive environment are finding life difficult when they don’t get the recognition they deserve. I can only imagine what it’s like for those who don’t have such a supportive family network.
We wanted to move away from the tropes you usually see about trans people – here’s this lonely trans person who has no support and is treated like a pariah in society. That’s how trans people have been shown in film and television. We wanted to demonstrate that’s not the story that has to be told all the time, there are actually a lot of family and friends who do support them in their transition. We wanted to use these families as role models and inspiration, to show that, whilst you can acknowledge a struggle, it doesn’t have to be like that. Trans people aren’t just isolated in a corner where no one wants them. They’re thriving and living just as much as we are. That’s not everyone’s story, through SPARTA we know of a lot of people who do struggle, but that’s not the only story.

What do you hope this film will achieve?
I want everyone to access the film, regardless of who they are or how they identify. For the LGBTQ community, the people who get it, support it and understand it, I want them to get their friends and family to see it. One review said, this is the film to show your anti-LGBTQ uncle during the holidays. I want LGBTQ people to use TransMilitary as a way of educating and inspiring people that don’t get it. We want to raise awareness at the top levels of government in the US. I believe that our media partner GLAAD sent copies of the film to every member of the Supreme Court. The court could rule with or against us, so we’re trying to get them to watch the film. We’re really being very unabashed about how we use and promote TransMilitary to prevent the ban from going into place. Right now, it feels like the best tool we have.

TransMilitary screens at the BFI Flare this March.

Linkedin
RELATED ARTICLES
OTHER ARTICLES
A group of young Palestinians have found temporary freedom in the act of parkour, reimagining wreckage and ruins as a series of high-octane playgrounds.
Following the announcement of an 80% hike in the energy price cap from 1st October, crowds gathered outside the offices of energy regulator Ofgem to protest and declare their intention to undertake a payment strike.
Sean Maung’s photos are a love letter to the Black and brown communities that make up New York.
The idea that a younger generation is abandoning work has become a popular narrative online, but it doesn’t necessarily reflect reality.
Photographer David Corio’s archive offers a glimpse inside a revolutionary era of music and nightlife.
Cindy Campbell recounts how her brother ushered in a new era of musical culture at a party she held in the Bronx in ‘70s.