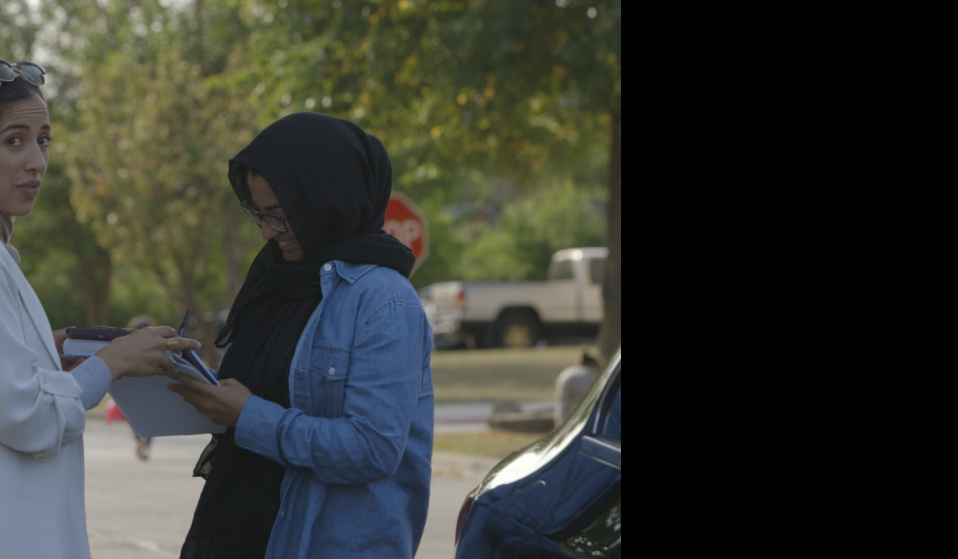 The feeling of being watched is disconcerting; it tingles up your spine, makes you overly self-conscious, and forces you to retreat back to where the watching eyes can’t see you. So imagine what it’s like being watched throughout your entire childhood – not just by the caring gaze of your parents, but by the FBI.

This was exactly the scenario in Bridgeview, Chicago, where the Muslim filmmaker Assia Boundaoui spent her childhood. Convinced that her community were up to something, the FBI launched Operation Vulgar Betrayal and produced 33,120 pages of an investigation. They found nothing but left the entire neighbourhood scarred by the unnerving sensation of having the authorities breathing down your neck, day in, day out.

It wasn’t until Boundaoui got to college that she realised there was something very odd about living in an area where the FBI patrolled and often questioned residents. Her aptly named documentary The Feeling of Being Watched seeks to get to the bottom of what the FBI was up to, and the far-reaching effects of spying on communities where their only “crime” was to follow a different religion. Boundaoui takes her camera to her neighbours’ houses, to her mother’s dining table, and to the streets she grew up on to tell a lesser known story of Muslims living in a country known for its “freedom”.

Ahead of a screening of The Feeling of Being Watched at the Human Rights Watch Film Festival in London, Boundaoui speaks to Huck over the phone about how to heal a community that has been disrupted so extensively by its own government.

Do you remember when you realised that this surveillance that was normalised in your community wasn’t actually normal at all?
I always remember knowing about it, but I don’t remember anyone ever telling me about it. It was just a feeling that I lived with. I didn’t really see it as a strange experience until I went to college and people were like “oh that’s a really strange way to grow up.” There were certain things I’d never say on the phone if I called home, like “terrorism” or “Osama Bin Laden”. There was a lot of censoring in the way that I lived even outside of Bridgeview. A lot of us grew up with it – always looking over your shoulder, always censoring yourself on the phone, being worried about saying certain things, but not thinking consciously about why. The film was both an investigative and personal dig into where this behaviour is coming from – why am I like this? Why are people in my community like this?

As the filming goes on it becomes harder for you – especially with FBI agent Robert Wright tracking you down. When you set out, did you ever expect your work to affect your life so much?
I didn’t ever expect that something like that would happen, and it was the scariest moment in the film when I realised that what I was doing could potentially – in a very material way – adversely affect my family and my mother. Robert Wright went to my mum’s house, he didn’t come directly to me, which was very upsetting. It felt like I was poking a sleeping giant and in that moment – and when my Gmail and Google Drive was hacked – it was like the giant woke up and I was aware of the gravity of what I was doing. I was digging into this very large secret government investigation that was unsuccessful but resulted in collectively traumatising an entire community. Telling a story like this comes with risks, and at this point, I realised I couldn’t do it alone and it was important to get support from the community. 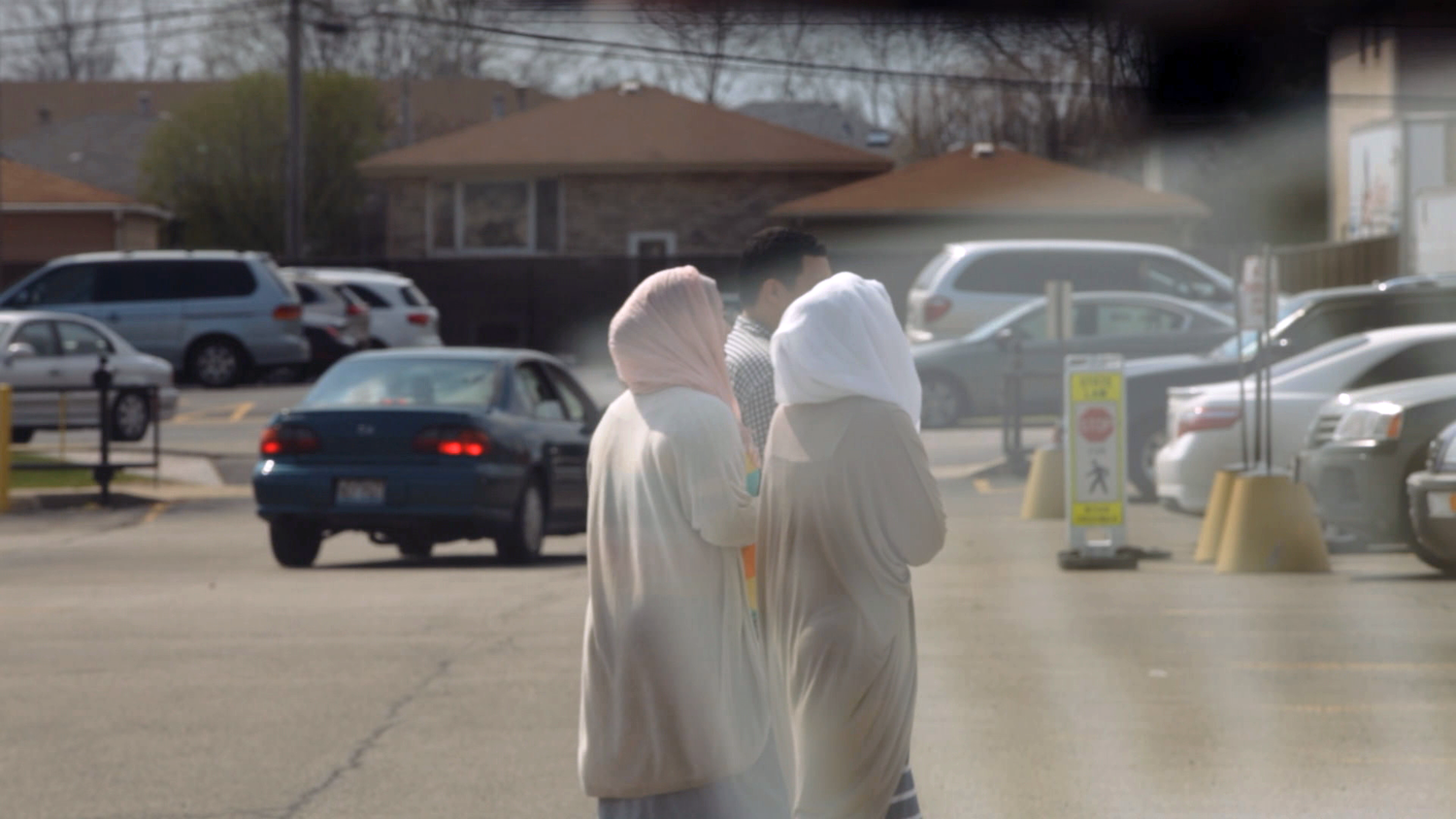 What do you think Robert Wright was doing? Do you think he was trying to unnerve you, so you’d stop filming?
I see it as an intimidation tactic. He was no longer working on any kind of investigation in Bridgeview but he still wanted to let me know he was aware of what I was working on. And, not only aware of where I live, but where my mother lives. It was clearly an act of intimidation and I felt like the best thing I could do was to film it and show that this too was part of our process. In those moments, it felt like the only power I had was that I had a camera and was able to document what was happening.

Can you explain where this idea came from that it was the FBI’s intention to make the community paranoid?
It came from reading a lot of historical documents. COINTELPRO was the FBI investigation into the Civil Rights and Black Power movement. It involved the surveillance of Martin Luther King and Malcolm X. After 40 years, a lot of redactions have expired, so in the COINTELPRO records, the FBI says very explicitly that the purpose of their investigation into the Civil Rights movement was to disrupt the activities of these organisations. Which is pretty wild, because then you realise it is not actually about crime, it is about certain communities of colour that the FBI sees as threatening and non-American. The FBI used very specific tactics with the Black Panthers where they made them paranoid so that the mainstream media perceived them as paranoid people. It is a tactic that the FBI has used historically against communities of colour in the United States. So, I am not even guessing that this paranoia exists – it is based on historical records.

It feels like the documentary had a dual purpose – one purpose was to hold the FBI to account and the second was to empower the community to speak out. Have you found people have been inclined to speak out more after seeing the documentary?
We did a free community screening a few months ago in Chicago where more than 500 people came and it was really amazing. A lot of the time, when we talk about surveillance in the Muslim community, we talk about it from a legal and a civil rights framework, but we rarely talk about trauma. At these gatherings, we’ve had healers facilitate the Q+As and mental health workers. The idea is to frame the event around the question: how has this traumatised us collectively and individually? And, what does healing look like? It has been really transformative for people to have a space where they can openly talk about this situation. It is like a dirty secret we kept for the FBI for a really long time, and surveillance gets its power from secrecy. Now we’re talking about it out loud, it is healing to realise you’re not the only one who went through it, and you don’t have to be alone in it. 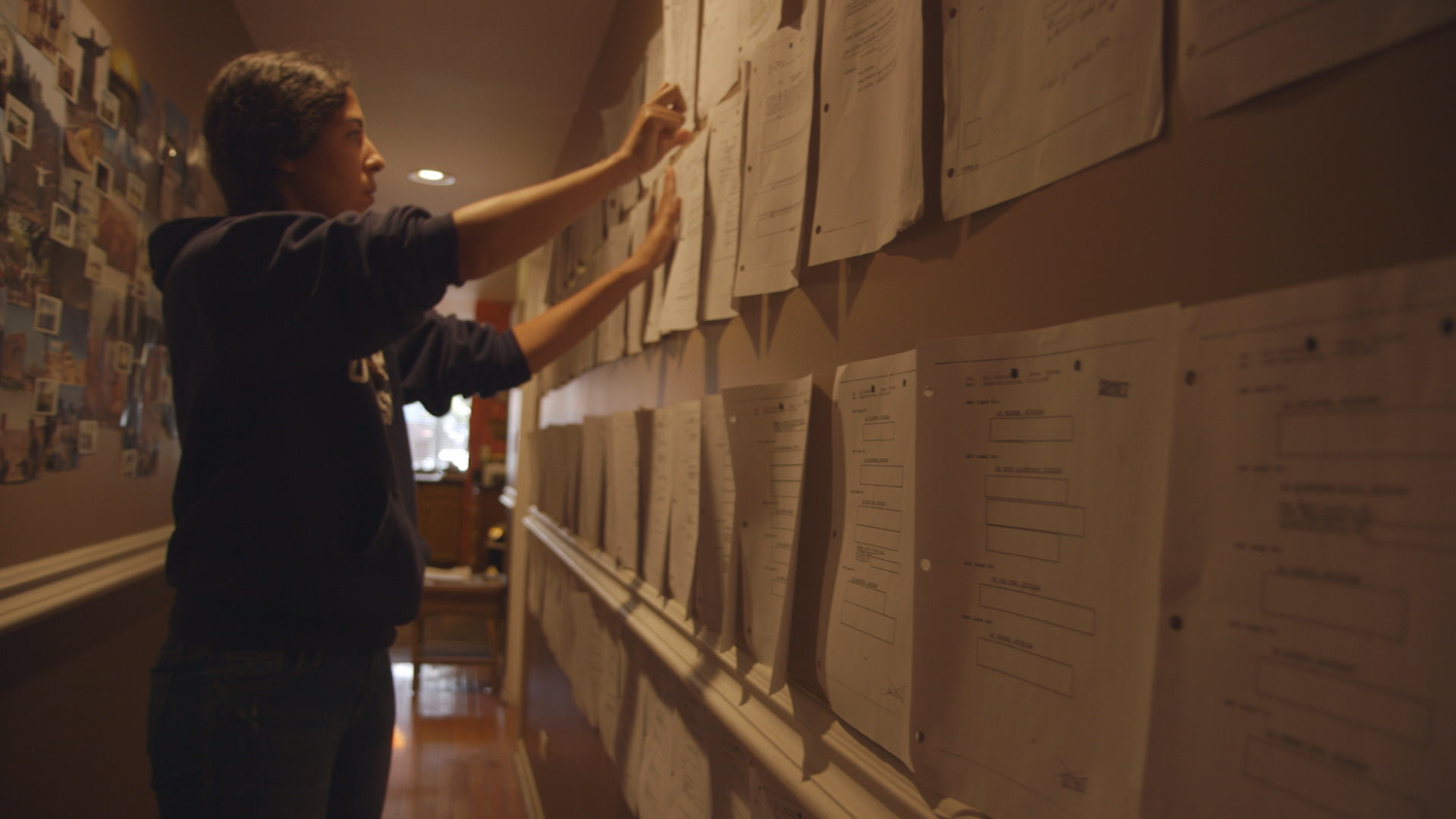 I enjoyed the phrase “no chai for the FBI” but under that statement is a very serious point about Islamic communities feeling they have to be polite and get Americans to like them. Is your generation less inclined to act in this way and therefore primed to instigate change?
Yes, I do think it is a generational difference. There is a sort of respectability politics that our immigrant parents stuck to for such a long time, which meant that if you could prove to mainstream society that you were a good American then you would get your rights. And I don’t think our generation abides by that – we are a lot more unapologetic about our identity and our insistence on our civil rights. I think that we feel a lot more entitled to our American identity and that we should be treated as equal American citizens.

Of course, you now have all these documents released from the FBI, but there is a lot more to do – what steps would you like to take once you have all 33,120 pages?
I went to court for transparency and I got the records but received them 70 per cent redacted, which is outrageous on so many levels because this is not actually transparency. So, the project I am working on at the MIT documentary lab is an artificial intelligence algorithm that will help guess what is behind the redactions.

After 40 years, redactions expire so we have hundreds of thousands of pages of records of surveillance of the black/ Japanese/ Latino community etc. So we are using them as our data set to help see what might be behind the redactions in our documents. It is a hybrid documentary project really, that asks how we can use technology to compel radical transparency in government records when the government is not giving us transparency. We are working on this machine learning algorithm that will eventually live on an online platform that people can see and play around with. It’ll help us to understand the patterns in how the FBI disrupts communities and give us some predictive answers about what might be behind these black holes.

Linkedin
RELATED ARTICLES
OTHER ARTICLES
Ahead of the policing bill reaching its final stages in the Lords, protestors came together to rally against the legislation.
In the UK, Hongkongers are continuing to stand in solidarity with the pro-democracy movement.
Leading art critic Robert Storr reflects on the photographers – from Seydou Keïta, to Malick Sidibé, to Carrie Mae Weems – who helped to transform and redefine the medium.
From the queues outside to the last ones standing, Francesco Mellina’s new photo book follows a night that has gone down in the Northern-Soul history books.
With abuse of call-centre staff on the rise, many are now speaking out about the hostility they’ve faced.
Hundreds gathered together to protest the policing bill by making as much of a racket as possible.