Art & Culture / Film / What Netflix did next: add fuel to the Fyre 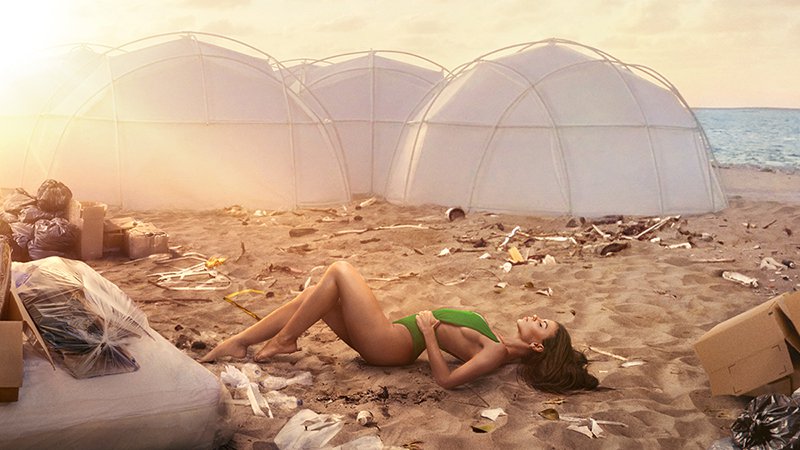 Writer Megan Nolan bravely ventures into the latest Netflix Original releases, in an attempt to figure out if anything is even worth our time anymore. This week, it’s a ludicrous, high octane account of Fyre Festival: The Greatest Party That Never Happened.

Writer Megan Nolan bravely ventures into the latest Netflix Original releases, in an attempt to figure out if anything is even worth our time anymore. This week, it’s a ludicrous, high octane account of Fyre Festival: The Greatest Party That Never Happened.

You’ll remember the rather rabid glee which echoed through the internet when Fyre Festival fell spectacularly on its arse in 2017. Billed as a sort of influencers paradise-vacation, the festival promised private jets, yachts, exclusive chefs, gyrating supermodels and a host of top-tier music acts like, uh, Blink 182 to customers paying between $4000 and $250,000 to be there. An aspirational promo video starring Hailee Baldwin, Bella Hadid and Emily Ratajkowski frolicking in crystalline waters and playing with some wild pigs on a white sand beach went viral and ensured the event sold out.

What took place instead was a staggering failure on every single level. No infrastructure or housing was available for most of the guests, let alone the kind of high-end, once in a lifetime luxury which could persuade someone to part with a quarter of a million dollars. A lack of food and water and other basic provisions quickly led to an absurd Lord of The Flies situation, with wealthy Instagrammers running around screaming, wielding pallets of toilet paper above their heads.

Fyre Festival: The Greatest Party That Never Happened tells the story of the event, and its sociopathic, compulsive liar boss Billy McFarland. Since the Fyre story broke I had always wondered how people with obvious access to seemingly limitless wealth were able to fail so spectacularly. Surely if money is no barrier you can buy your way out of anything? After watching this film it seems more incredible – unbelievable really – that they managed to wing it as far as they did.

What an incredible indictment this film is, of the man himself, of tech entrepreneur culture, and ultimately of the language and politics of wealth. Several times my jaw physically dropped at how brazen Billy’s demand was for more money, more help, more co-signers, in spite of his own overwhelming and ongoing failure. Just as shocking was the readiness of investors to give it to him. It can’t really get much more explicit that you’re being led on a merry dance than being told repeatedly that there are no toilets or accommodation for the 6000 people set to attend. But they believed in him, and seemingly kept on believing in him, until the day of the festival when it went to shit in front of their eyes.

Why? Well, Billy was so positive, so enthusiastic. When one of the many distressed employees who tried to warn him that disaster was impending advised that he needed to consider the toilet situation, he was told not to worry about it because “we’re not a problem-oriented business, we’re a solutions-oriented business.”

And what’s more, Billy was already rich. He behaved like a rich person, talked like a rich person, looked like a rich person; surely he could only become more so. In a detail that seems almost too on-the-nose given what was to come, he made his original fortune literally glamorising credit debt, launching an exclusive black metal credit card called Magnises. Surely someone so… rich couldn’t be pulling a scheme as tawdry as Fyre appeared to be.

He is also clearly entirely devoid of ordinary human compassion. In one of the film’s most astonishing revelations, Fyre event producer Andy King – a nice, wealthy-seeming guy with 30 years experience in the business – is called and asked to do one big favour for the festival to push them through the final days. Bahamian customs were holding multiple trucks full of bottled water which they need to get released, but they hadn’t got the cash. “You’re our wonderful gay leader,” Billy tells Andy. “I need you to take one for the team, and go down there and suck the guy’s dick.”

Andy went home in shock, showered, gargled with mouthwash and went back to customs, ready to do whatever it took, which, fortunately, transpired only to be promising more money which didn’t exist. Andy also recounts constantly bursting into tears after meetings with Billy, bullied by his crazed, relentless positivity in the face of all contrary evidence.

The absurdity of the Fyre disaster is what made it such an appealing media story. The influencers expecting penthouses and ending up fighting for cheese sandwiches in a rain-soaked tent city. The panicked staff still whirring out PR-speak even as they stood on chairs surrounded by angry mobs. Billy McFarland conceding, quite calmly, on a news camera that “version one has failed,” as though he would get to try a version two.

This stellar documentary is a comic illustration of the paper-thin illusion of influencer culture, and aspirational Instagramming in general. The failure of Fyre was funny because, to normal people, gaudy excess of that kind already feels completely impossible and surreal. To see some dopey rich people realise with horror that it’s cheese sandwiches and roll out mattresses all the way down was fun. If someone has 10k to go on vacation to see Blink 182, they’ll probably recover from a shitty weekend just fine. It felt fine to laugh at them.

But importantly, this film takes the time not just to highlight the absurdity of all the panicked rich white people, but also to account for the damage done to the Bahamian island of Great Exuma and its people. When Fyre collapsed, McFarland left over 200 local building contractors – who he had been working day and night – unpaid. They have never been paid. The owner of a local restaurant contracted by Fyre spent her $50,000 savings paying wages to her staff owed to them by Fyre, and appears in the film clearly traumatised and in tears.

The story isn’t just a joke, a rich boy’s failed caper. He cheated and scammed a lot of rich people, but the man stole from hundreds of Bahamian people too, while ravaging their island. So while this is a high octane, ludicrous story, the narrative of Fyre Festival: The Greatest Party That Never Happened rounds out the true nature of McFarland’s exploitative deceit in a way that feels vital.

WORTH A WATCH WHEN HUNGOVER/ DRUNK? I feel like I would love to watch this when I’m in a very particular self-righteous drunk mode, screaming “OH COME ON!” at all the dopey investors and customers.

Linkedin
RELATED ARTICLES
OTHER ARTICLES
Sean Maung’s photos are a love letter to the Black and brown communities that make up New York.
A group of young Palestinians have found temporary freedom in the act of parkour, reimagining wreckage and ruins as a series of high-octane playgrounds.
The workforce is now gearing up for industrial action after receiving a measly pay rise, reports Ella Glover.
In his 2008 series, the photographer pictured himself as Angela Davis, Martin Luther King Jr., Malcolm X, and other prominent figures.
The idea that a younger generation is abandoning work has become a popular narrative online, but it doesn’t necessarily reflect reality.
Financial turmoil is pushing people who work in the sex industry into more dangerous and desperate situations as a means of survival.