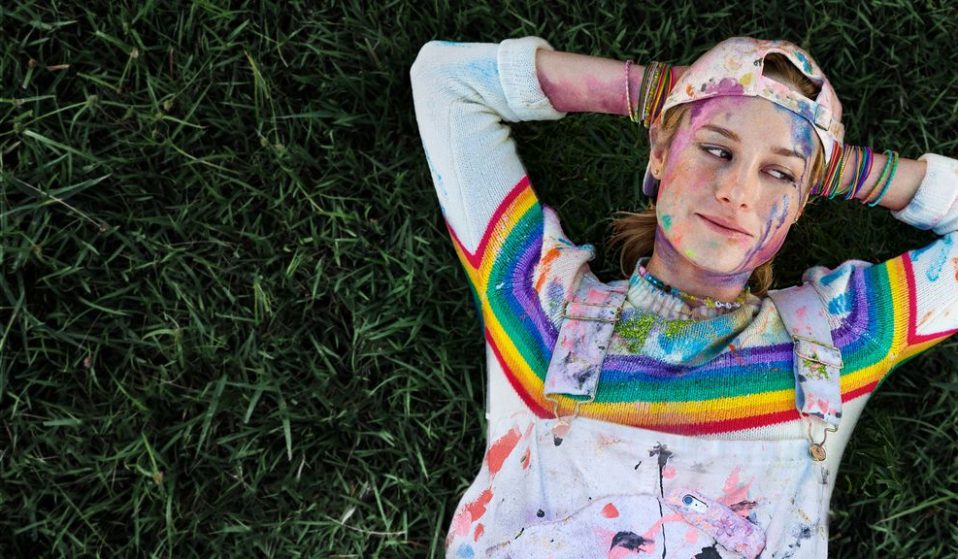 Writer Megan Nolan bravely ventures into Netflix’s new releases, in an attempt to figure out if anything is even worth our time anymore. This week is our worst yet, with the nauseatingly twee Unicorn Store and the uniquely awful (and popcorn-free) Blind.

Writer Megan Nolan bravely ventures into Netflix’s new releases, in an attempt to figure out if anything is even worth our time anymore. This week is our worst yet, with the nauseatingly twee Unicorn Store and the uniquely awful (and popcorn-free) Blind.

One of those unimprovable Netflix synopses here, the kind which compels me to add it to my hate-watch list immediately: “After failing out of art school and taking a humdrum office job, a whimsical painter gets a chance to fulfil her lifelong dream of adopting a unicorn”. Oh hell yes, hook that mild whimsy to my goddamn veins.

Impressively, the film itself is more annoying than the synopsis, I think largely because it visibly has designs on being akin to the likes of I Heart Huckabees – that is, a film which is chaotic and “quirky” but underpinned with intelligence and interesting ideas. If it were just an earnest piece of whimsical crap about glitter and unicorns I would respect it more, but its smug arched-eyebrow tone makes it impossible to warm to.

My friend Rachel, who kindly suffered through it with me, compared it to an inverse version of Sorry To Bother You – another surreal satire of the world of work, except in this one the surreality comes from the determined fantasising of a white woman that she is in fact special, is in fact destined to be shrouded in cotton candy clouds and glitter paint instead of having to work, a fantasy that the film confirms.

Brie Larson plays Kit, an art student who flunked out of school; we’re encouraged to perceive this to be because her free spirit can’t be contained by the suits of the art establishment, but seeing as her works are (literally) just smears of rainbow paint and glitter glue with the odd stick figure scrawled in, you have to question how she ever gained admittance in the first place. Trying to prove herself capable of being a grown up to her parents, she joins a temp agency and starts work at a grey downer of a PR firm. But as soon as she does, she begins to get mysterious letters inviting her to “the store”, which transpires to be a quasi-enchanted place where Samuel L. Jackson hangs out waiting for her to come so he can give her a unicorn.

Kit is a horrible character: demanding, infantile, and nauseatingly wed to the merits of all things sickly sweet. The film’s (extremely vague) messaging is that we shouldn’t consign the magic of childhood to the past and accept a life of drudgery, but anyone who spends a moment with Kit would say that she desperately needs to consign her awful artwork and disturbingly regressive fantasies of owning a magical pet who has to love her forever to the dustbin of history.

If you have ever thought to yourself “What I want is to see a film with all the whimsy of Michel Gondry but with none of the charm or wit,” this one’s for you.

WORTH A WATCH WHEN HUNGOVER/ DRUNK? No, I would become violent if watching this hungover tbh – it’s too smug and twee and glib.

I was drawn to this magnificently boring film by the combination of its promo image – Alec Baldwin as a blind man being jauntily led about by an adoring Demi Moore – and its title. Making a rubbish romance film about a blind man falling in love and – ironically! – teaching others to truly “see”? What else to call it but simply “Blind”! How many minutes were spent thinking about this film before it was made, one has to wonder? Certainly not enough. When you see the locations, the huge apartments and penthouses, the sojourn to Italy, the beautiful costumes, the big stars who command surely-massive salaries, you can’t help but feel an overwhelming sense of despair at the sheer waste of money and time.

Alec Baldwin plays Bill, a playfully curmudgeonly novelist, blinded in a car accident which killed his wife five years earlier. Demi Moore is Suzanne, the unhappily married wife of a powerful Manhattan executive. When her husband is arrested for financial skulduggery, Suzanne, who shared his bank accounts, is sentenced to community service. There she meets Bill, in need of a second pair of eyes to read the work of his students. Though the two clash at first, their respective sorrows draw them together – maybe, just maybe, they have both been “blind” in their own ways!

This is a truly unusually bad film. It is both humourless and completely unserious. Both lead actors appear as though they’ve recently been hit over the head and stumbled straight on camera: vaguely stoned, rather inhuman, thoroughly uncharming. All of the stupid things you might imagine an idiot would put in a dull bougie romance about a blind novelist and his lover are here. At one point, Suzanne ties a silk scarf around her own eyes to “see him as he sees her”, and then gropes his face saying he “feels fragile”. It’s meant to be sexy, one senses, but is instead one of the film’s only moments of solace, a rare excuse to laugh rather than cringe.

WORTH A WATCH WHEN HUNGOVER/ DRUNK? I defy you to watch the entirety of this film while drunk. I tried to and couldn’t follow it because it was so boring and thick, I had to turn it off and start again the next day.

(I’m sorry I have nothing to recommend this week – but there’s a new Noah Centineo vehicle out where he plays a kind of asexual teen gigolo which I have high hopes for next week.)

Linkedin
RELATED ARTICLES
OTHER ARTICLES
Danny Burrows discusses his new series of images documenting an pacifist anabaptist community who lead an alternative way of life.
A young woman recounts her experience of being harassed by anti-choice campaigners as she was seeking an abortion in Glasgow.
A new series of photos by Johny Pitts shines a light on communities and subcultures that have all too often been overlooked.
Tough fines and arrests for drug possession and supply is pushing festival-goers towards unsafe measures to consume or smuggle in their substances.
An abortion storyteller talks about the termination of her pregnancy and the harassment she’s received for sharing her story online.
Protestors gathered outside Downing Street following the latest atrocities committed by Israel against Palestinians living in the besieged strip.