Art & Culture / Film / What Netflix did next: brats, bodyguards & sociopaths 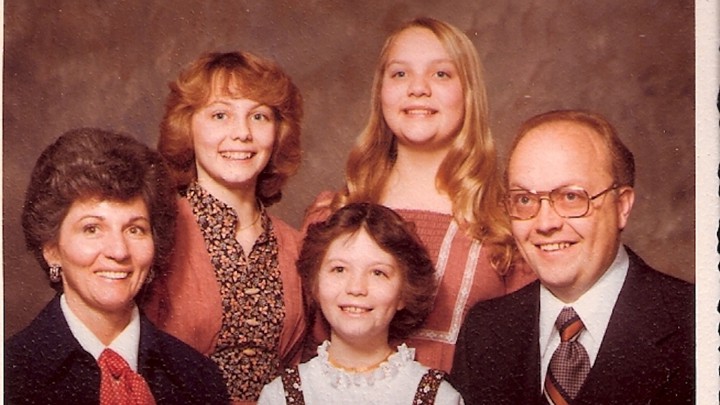 Writer Megan Nolan bravely ventures into the latest Netflix Original releases, in an attempt to figure out if anything is worth our time anymore. This week, it’s soulless action thriller Close and the mind-boggling true crime doc, Abducted In Plain Sight.

Writer Megan Nolan bravely ventures into the latest Netflix Original releases, in an attempt to figure out if anything is worth our time anymore. This week, it’s soulless action thriller Close and the mind-boggling true crime doc, Abducted In Plain Sight.

The first five minutes of this bang, and I maintained hope for it quite a long way in. But,no – I’m sorry to report that it’s a load of toot.

This is a boilerplate 90-minute action film centred around a bodyguard, but the twist is – gasp! – it’s only a bloody woman! That’s right folks, it’s that Flashdance opening sequence all over again: there’s a welder, welding away, being a man, as per usual, nothing to see here, until the welding mask comes off and – wait, what??? It can’t be… it is! It’s a WOMAN!

Spoiled poor little rich girl, Zoe (Sophie Nélisse) has just inherited her father’s phosphate mines and must hang out in a safe house in Morocco for a bit so she doesn’t ruin the company’s reputation at a crucial point with her grief-fuelled clubbing and shagging. Her bodyguard Sam (a brilliant and wasted Noomi Rapace) is hired to look after her on the basis that she won’t also shag her (as bodyguards of yore have done).

Everything kicks off when the house’s safety system is compromised and kidnappers attempt to take Zoe for ransom. She and Sam flee to Casablanca on the run from more or less everyone, including Zoe’s ambivalently evil stepmother who may or may not be in on the plan to kill her.

Apparently filmed in just 29 days, Close has potential and two really solid central performances, but feels resolutely thrown together. It’s one of those ones with a script which sounds comically obviously written by committee, where you keep thinking “oh God, give more or less any person who’s had a conversation before a few hours to edit this and it will be better” – most pertinently when Zoe keeps stopping to shoehorn in half-hearted poignant conversations about emotional unavailability at the exact moment they’re about to be killed. Shut up Zoe and let the emotionally unavailable bodyguard save your stupid life!

Noomi Rapace, who played Lisbeth in the original Girl With The Dragon Tattoo, is absolutely brilliant – even in this shite – and deserves something with far more panache.

WORTH A WATCH WHEN SOBER? No, sadly.

WORTH A WATCH WHEN HUNGOVER/ DRUNK? If it’s a choice between this and just listening to deafening white noise to drown out your hangover anguish, I’d choose this, but only by a hair.

True crime is primo entertainment now, dominating our Netflix queues, most-cherished podcasts and viral long reads. Many people, myself included, have made attempts to analyse why we’re so hung up on it as a genre, but I can’t get too far past the fact that we like it because unusual crimes, the sort we make productions out of, are weird and gross and interesting. You can take a hundred different nuanced side glances at how we consume and receive it but I can’t believe there’s much more subtle at play than our related need to gawk at a totalled car on a motorway.

Nor is it a new compulsion, unique to our generation of internet voyeur creeps. Outside Ted Bundy’s execution in 1986, hordes of drunk revellers gathered to witness the occasion in what was described as a carnivalesque atmosphere. People are curious and morbid, and understandably concerned with the unusual ways that there are to die in this hell world of ours, and probably always have been.

Abducted In Plain Sight is the latest buzzy Netflix true crime doc, and one of the most jaw-dropping I’ve ever seen. Some crimes are astonishing because of their unusual debauchery, or the number of people they affected. This one is incredible because of the beguilingly incomprehensible behaviour of almost every single person involved, and the gothic horror insanity of its narrative trajectory.

Jan Broberg was 12 the first time she was kidnapped by her neighbour Robert “B” Berchtold. Her parents had stood back, acquiescing, with only slight discomfort as Berchtold infiltrated Jan’s life. Though friends with the entire family, he took a clear liking to Jan, paying her special attention and compliments, taking her on outings, eventually even sleeping alongside her in bed with her parents’ knowledge. Berchtold’s slow manipulation of each of Jan’s parents is disturbing but also maddening to watch. It’s clear he must have been an exceptionally charming and charismatic sociopath – but even so, one’s sympathy begins to reach its limits when they continue to allow him to see their pre-adolescent daughter even after he’s kidnapped her once.

I don’t want to say too much more about the details, because part of what makes this film so striking is the rapidly mounting disbelief as it all unfolds. But what’s most notable is absolute cognitive dissonance when it comes to child abuse and sexual molestation. It wasn’t that the Brobergs knew that Jan was being abused and decided to do nothing, but it also wasn’t that Berchtold so successfully deceived them that they had no way of telling.

What he was doing was obvious – obscenely, distressingly so. But the level of naivety and denial meant that when Jan finally broke down and told them explicitly, years later, they were legitimately devastated and shocked. At one point her father says he doesn’t think he even would have known what the words “child molestation” meant. It’s a chillingly illustrative account of how paedophilia is simultaneously totally othered and totally, utterly pervasive, knit into the fabric of so many childhoods and cultures.

WORTH A WATCH WHEN SOBER? Yes – though a big trigger warning for child abuse and rape.

WORTH A WATCH WHEN HUNGOVER/ DRUNK? No. Your head will frankly explode.

Linkedin
RELATED ARTICLES
OTHER ARTICLES
Following the announcement of an 80% hike in the energy price cap from 1st October, crowds gathered outside the offices of energy regulator Ofgem to protest and declare their intention to undertake a payment strike.
Ahead of the release of their first collaborative album, the producer and rapper talk psychedelics and the state of UK hip hop.
In his 2008 series, the photographer pictured himself as Angela Davis, Martin Luther King Jr., Malcolm X, and other prominent figures.
By turning a real-life crisis into daytime television fodder, TV bosses have once again shown themselves to be completely out of touch with audiences.
Financial turmoil is pushing people who work in the sex industry into more dangerous and desperate situations as a means of survival.
With skyrocketing rents, packed out viewings, bidding wars and more, renting in London has never been harder.