Art & Culture / Film / What Netflix did next: Christmas trash edition 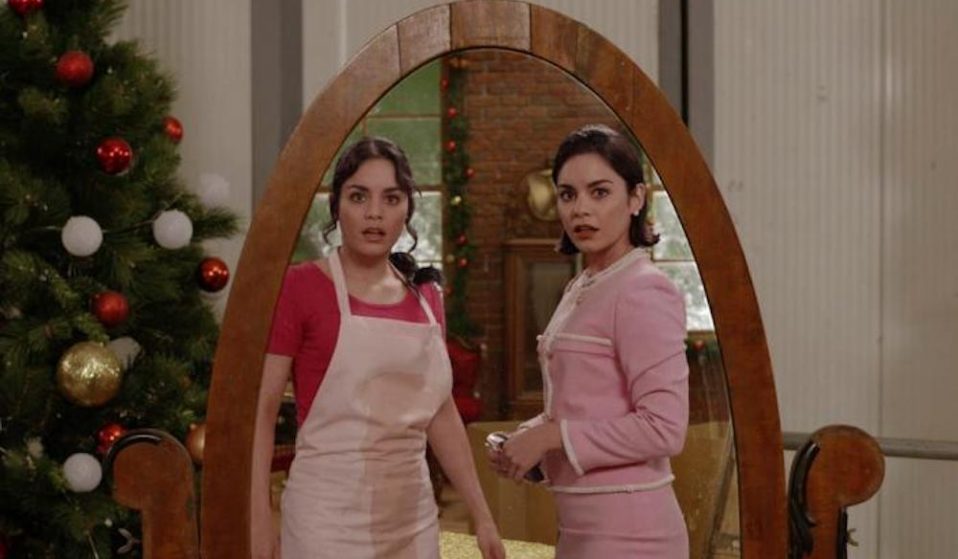 Writer Megan Nolan bravely ventures into the latest Netflix Original releases, in an attempt to figure out if anything is even worth our time anymore. This week, it’s TWO horrible royal wedding dramas: The Princess Switch and A Christmas Prince.

Writer Megan Nolan bravely ventures into the latest Netflix Original releases, in an attempt to figure out if anything is even worth our time anymore. This week, it’s TWO horrible royal wedding dramas: The Princess Switch and A Christmas Prince.

It’s December now so I’ve officially got free reign to watch all the Christmas bilge I want. And the amount I want is a LOT.

My boyfriend Simon is prescriptive of when you can start celebrating Christmas. He insists that he is not a Grinch, but rather that he really likes Christmas and feels that it gets devalued by spreading it out over weeks and weeks. Okay, Simon, fair enough. You’ve been brought up in England by protestants so I understand that you distrust pleasure and joy, but I’m of messy drunk Irish Catholic stock. I go hard, I don’t have a moderation setting, it’s feast or famine for me. I celebrate Christmas for a full six weeks – all of December and half of January – and then I live in stark depressive penury as punishment until it’s time for summer again.

So, as soon as December began, I went round to my best friend Doireann’s to watch some Christmas pap and get steaming on weird spiced booze. The Princess Switch has been tempting me since it arrived on Netflix in November. Christmas? Check. Fake vague European city setting? Check. Parent Trap-style switcheroo? Check. Vanessa Hudgens in both roles? Oh, mother MAY I!

So it is with sadness I have to concede that this is a load of absolute toot. The essential ingredients are all there for a so-bad-it’s-good romp, but it’s been cobbled together with such sensational laziness that it’s just not enough fun. I don’t believe that The Princess Switch team really believed in The Princess Switch, even as a lighthearted distraction romp. And that I simply cannot forgive.

The plot sees uptight forlorn baker Stacy (Hudgens) travel to Belgravia, a snowy picturesque place in a mysterious European location where everyone has English accents. In tow are her best friend and co-baker Kevin (Nick Sagar) and his annoyingly precocious daughter, Olivia. They’re there to compete in a big “Royal baking contest” (?) until something crazy happens (!). Lady Margaret, the Princess-in-waiting who is set to marry Prince Edward (Sam Palladio) bumps into Stacy, and it turns out they look literally identical. They swap places so Lady Margaret can get to know real life in Belgravia, and love blossoms for each doppelganger in some truly unexpected places (with the other lad).

So first off, they don’t seem to care or be interested at all in the fact they’re identical. It’s just like, “Oh, huh, so we have the same face, shrug.” It’s explained very hurriedly by someone saying “Ah yes your royal ancestor ran away to America three generations ago.” So?? That wouldn’t produce identical twins decades years later. What???

The whole film is riddled with things like this, things which make just little enough sense to be distracting and annoying. If they’d given me and Doireann 10 minutes with the script we would have fixed it, quite honestly.

WORTH A WATCH WHEN HUNGOVER/ DRUNK? It truly pains me to say this, but no.

A Christmas Prince: The Royal Wedding

Now this is what I’m talking about – some charming nonsense which makes you smile even as you’re rolling your eyes.

Don’t get me wrong, this is obviously a thoroughly stupid film which follows a formula. But the fact is, the formula works when it’s adhered to with some kind of affection and fun. The silliness is cute and comforting and I loved every dumb minute of it.

The Royal Wedding also has something that The Princess Switch didn’t do properly: a nefarious plot master-minded by a rude villain to be unfurled by our heroine.

Princess-in-waiting Amber (Rose McIver) is back in Aldovia a year after her engagement to the Prince, but things aren’t as rosy as she had hoped. Her “job” writing blogs (????) is at risk as royal protocol locks down and stops her self-expression (posting cute pictures of snow with titles like “Big event”). Her salt-of-the-earth New York dad whose personality is “owning a diner” has come with her, but the wedding planner isn’t letting him serve hot dogs and brisket at the Royal Wedding (which, I’m sorry, but duh).

Prince Richard (Ben Lamb) is distracted by political turmoil and isn’t sticking up for her. Something is afoot in Algravia; everyone is getting fired and is poor and hungry, despite a royal plan to inject a lot of money into the country by increasing funding for all of its services. Somebody has to solve the corruption mystery, and that person just happens to be the cutely snub-nosed royal-to-be Amber! She does this by going to one bar and talking to one guy who got fired, who says that all is not as it seems. She writes “Fishy” in her reporter’s notebook and before long the mystery is solved and all is as it should be, because of course it is.

This film washed over me warmly like a bucket of mulled wine, and I can not recommend it to the soft-headed among you strongly enough.

WORTH A WATCH WHEN HUNGOVER/ DRUNK? Hungover yes, drunk no. Honestly so cosy when hungover, you have to do it.

Linkedin
RELATED ARTICLES
OTHER ARTICLES
The Conservative leadership contest has exposed an obvious truth: whether our next prime minister is a woman, or a British-Asian man, they will continue to fan the flames of division.
From the chip shops, to the bingo parlors and burlesque dancers, photographer Mike Coles remembers capturing scenes of holidaymakers by the English coast.
With the UK now set to run out of vaccines, people working in the sex industry – particularly outside of major cities – have been left especially vulnerable, reports Brit Dawson.
Students are being left to languish in unsafe housing, in some cases leading to serious health complications.
The government’s brutal crackdown on NGOs has left victims of rape without anywhere to seek help. And now, as the country plays a key role is Russia’s war, things are only getting worse.
Last week, Tower Hamlets council removed its nudity-restricting licensing conditions in a huge win for London’s kink community.