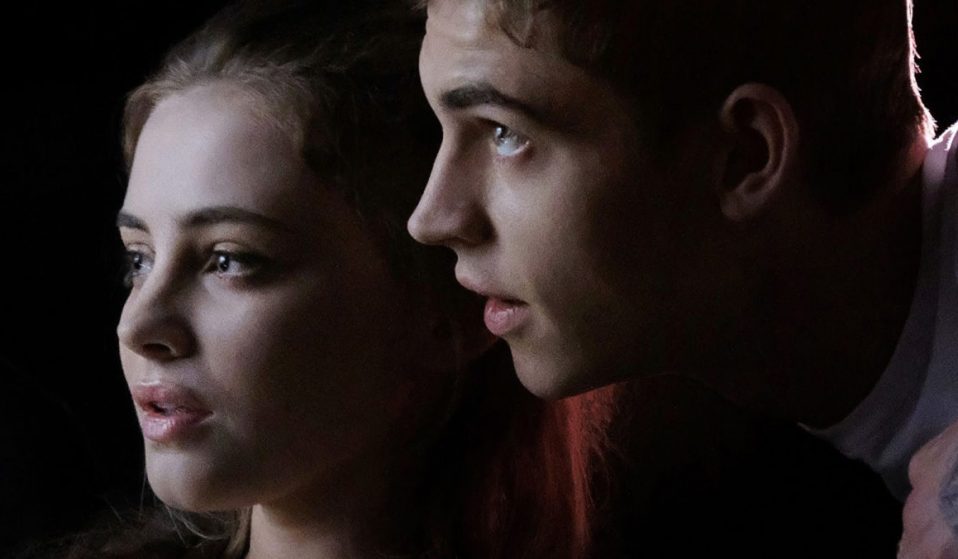 Writer Megan Nolan bravely ventures into the latest Netflix releases, in an attempt to figure out if anything is even worth our time anymore. This week, it’s After (middling, fine) and Secret Obsession (cheap, fun).

Writer Megan Nolan bravely ventures into the latest Netflix releases, in an attempt to figure out if anything is even worth our time anymore. This week, it’s After (middling, fine) and Secret Obsession (cheap, fun).

Change is afoot now that entertainment companies are wising up and buying back their big hitters from Netflix (The Office US and Friends are set to be gone next year). Disney and HBO are launching competing services which will show more actual films people might go to the cinema to see. Netflix has begun to lose subscribers for the first time, and in retaliation will probably be making even more new Originals. Good news for this column, possibly bad news for you if you’ve subscribed wanting quality fare rather than filler trash. I’m feeling positive about this direction, because as I’ve said before here, Netflix Originals are at their best when they admit what they are and wallow in their lack of artistry and originality. This week’s releases are, I think, a good indication of where they’re headed: two competently executed and acted bits of genre trash which do as they say on the tin.

Tessa (Josephine Langford) is a wholesome college freshman, dropped off to campus by her pushy helicopter mom and her dopey-but-nice high school boyfriend. When they arrive, her dorm has within it two threateningly sexual lesbians vaping weed and dripping with piercings, and Mom is naturally anxious they will corrupt her with their sapphic debauchery. Before long, Tessa has been drawn into their world of sneering attractive hipsters decked out in crop tops and Forever 21 pleather, where she meets Hardin. Hardin is a rude little shit. He tempts Tessa away from her cosy suburban safety and they begin an intense affair – but all is not what it seems!

Fiennes-Tiffin is convincingly sultry, constantly staring at Tessa with lethargic sex eyes. I can see this being a quiet erotic awakening for young teen girls, if any of them are still watching Netflix films. His tattoos are pretty, his hair styled just so, even his anger is staged judiciously (the most visceral glimpse we get of it is him elegantly smashing a bottle of Jack Daniels to the ground of the pool in his garden. Eeeek!). He is, like all classic objects of teen girl passion, a neutered version of actual danger and actual sex and actual men. The English accent does a lot of heavy lifting, as it often does for sexy bad boys in American films. What do Americans think men in London are like, exactly?

There are some backstories paid the bare minimum of lip service in an attempt to explain why he is such a rude little shit. They are introduced and done away with in comedically short stints. Hardin has a “secret place”, as all sensitive bad boys do, which is a forest with a lake where he presumably comes to think or read one of the novels he’s constantly banging on about reading. Peter Gallagher AKA Sandy Cohen from The OC plays his dad, who, Hardin reveals in a single aside, never to be mentioned again, once got into drunken trouble with some bad blokes in London who then brutally attacked his mother while Hardin watched. Whoa! Okay! That’s a big deal, but I guess let’s get back to another sequence of slow kissing in a lake. The context doesn’t much matter – this is a film with the feel of an extremely soft porn/ music video hybrid, all sun-kissed torsos and quivering bottom lips and cascading curls.

WORTH A WATCH WHEN SOBER? Probably sober teens only, unless you’re really starving for some romance (no judgement if so).

WORTH A WATCH WHEN HUNGOVER/ DRUNK? Solid middling hangover fare for those of us whose teenage tastes still live on inside our wilting adult bodies.

Secret Obsession has the plot and vibe of a Lifetime Movie of The Week, so if you have your expectations set to that then it’s absolutely fine. It looks cheap as hell and the performances are all quite meh, but it is pacey enough to be an engaging and fun ride.

Brenda Song plays Jennifer, a young newlywed who has suffered catastrophic head injuries in a mysterious car crash. When she wakes up she can’t remember much of anything, but not to worry, her overtly terrifying so-called husband Russell (Mike Vogel) is there in the waiting room to fill in the gaps and whisk her away to an isolated house in the mountains as soon as he can lift her out the door. Before long, Jennifer begins to remember flashes from the past and realises that she is anything but out of danger – the serial killer was calling from inside the husband! These aren’t spoilers as it’s all more or less outlined in the trailer, an admission that it’s predictable and the fun comes from Jennifer’s discovery, not from reveals for the audience.

At times it is annoyingly hacky. People are murdered without it being explained who they are or why they are being killed. The lead detective (Dennis Haysbert) is given a missing 10-year-old daughter who he buys birthday presents for every year. Now, I understand this is a standard trope, giving the police some personal background and connection to the crime at hand, but his daughter, who is never seen or heard from again after we witness him crying at her photo one time, has nothing to do with the main plot so it seems stupidly arbitrary. Most irritatingly, Russell is for some reason able to overpower everyone he comes near because of an apparently superhuman ability to leap on people from behind at great distance.

But, these quibbles aside, which did not really detract from my enjoyment anyway, this is a fun thriller with shades of much better films like Misery and Gerald’s Game and a grand way to spend a few hours.

WORTH A WATCH WHEN SOBER? No, but you could do worse ultimately if you want something silly to raise your heart rate.

WORTH A WATCH WHEN HUNGOVER/ DRUNK? Yes and yes.

Linkedin
RELATED ARTICLES
OTHER ARTICLES
Since 2007, Gideon Mendel has made 20 trips to document floods in 13 countries. The result is an alarming record of what has already been lost to the climate emergency.
At his West Bank restaurant, Fadi Kattan established himself as the voice of modern Palestinian cuisine. Now, he’s bringing his innovative, bold flavours to the UK’s capital.
As she gears up for the release of her first book, the 24-year-old climate activist talks standing up to authority and building a more inclusive movement.
Following the release of his debut single, Deyaz talks battling addiction, dealing with his struggles through music, and building a budding music career from his living room.
A recent High Court ruling against the right to wild camp in Dartmoor National Park sparked the largest land protest in history – and campaigners say their fight is not over yet.
A new podcast is opening up the conversation between trans women and trans amorous men in the hope of building coalitions.