Art & Culture / Film / What Netflix did next: duelling dads & nihilism 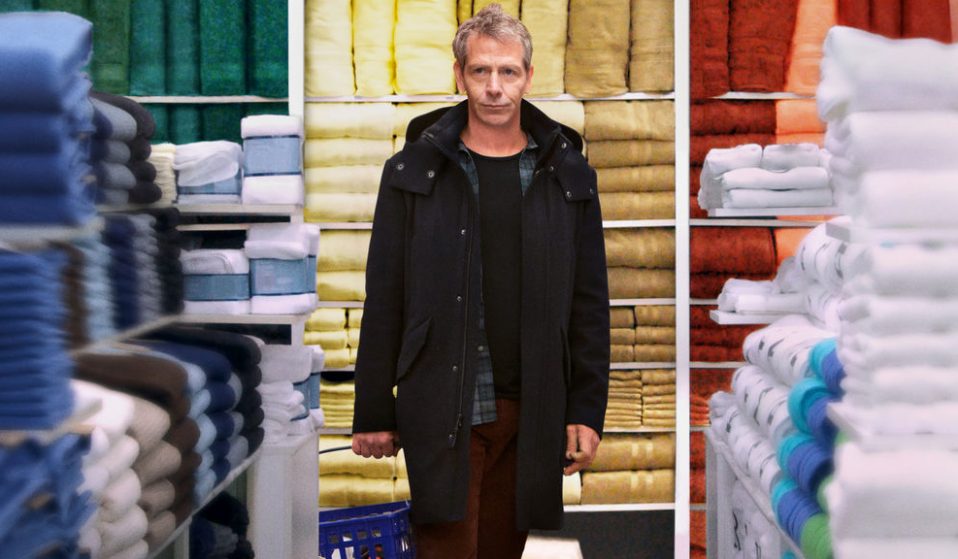 Writer Megan Nolan bravely ventures into the latest Netflix Original releases, in an attempt to figure out if anything is even worth our time anymore. This week, it’s Nicole Holofcener’s Land Of Steady Habits and empty family comedy, Father of the Year.

Writer Megan Nolan bravely ventures into the latest Netflix Original releases, in an attempt to figure out if anything is even worth our time anymore. This week, it’s Nicole Holofcener’s Land Of Steady Habits and empty family comedy, Father of the Year.

Father of the Year

When I was 20 living in Dublin, my ex, Oisín, and his housemate Cathal and I spent the majority of our evenings in their sitting room drinking five quid red wine, eating Chicago Town pizzas, and watching absolute tripe.

Like the acrid Merlot and the steadily growing tower of pizza boxes, what we watched was viscerally, measurably, bad for us and that made it feel good. Oisin and I had courted each other through crappy films. One of the first times we really flirted with each other was when we were back in our respective family homes for Christmas. The ludicrous Tom Cruise vehicle Cocktail was on telly and we live-texted it to each other. For the entire duration of our relationship, we would parrot Cocktail’s pivotal poem, shouted by Cruise standing on a bar, to each other:  “I am the last barman poet / I see America drinking the fabulous cocktails I make / Americans getting stinky on something I stir or shake!”

What we liked to watch wasn’t so much the camp bad stuff, the ones like Showgirls which were bad in a theatrical way which made everyone like them. What we liked best, instead, were tediously poor films; films which were lazy rather than OTT, where the absurdity came from the dispirited half-assedness of everyone involved. One of these was Joe Dirt, a film starring David Spade as the titular Mr Dirt on an epic quest to find his parents. David Spade plays Dirt as a white trash loser, a pathetic low life whose degradation is caused by and inextricably linked with his poverty and social class.

Father of The Year also stars Spade, and tells the story of a bright college kid, Ben (Joey Bragg) who is home for the summer with his best friend Larry (Matt Shively). During a drunken night out, Ben and Larry debate who would win in a fight between their fathers – Ben’s father Wayne (played by David Spade) is an unemployed crass idiot, and Larry’s father Mardy (a genuinely tremendous Nat Faxon) is a repressed nice-guy scientist. The rest of the film plays out loosely based on the resulting animosity.

Spade more or less directly reprises his Joe Dirt character, and indeed seems to be preternaturally suited to this schtick. His naturally defeated expression, his ratty little face. He looks sad behind the eyes, like he knows what he’s doing. He looks like Adam Sandler tends to nowadays; drained and done with it.

Father of the Year is precisely the sort of film Oisín and I would have watched together. It’s empty and dumb and doesn’t have many real jokes, or what you might traditionally call a plot. I want to watch a thousand more films like it before I die.

WORTH A WATCH WHEN SOBER? Oh God no.

WORTH A WATCH WHEN HUNGOVER/ DRUNK? Yes/ Yes. YES.

The Land of Steady Habits

Another story of a dissatisfactory father here, and a son who loves him anyway.

This is the sixth film from director Nicole Holofcener, and it has been largely ignored since its premiere at the Toronto Film Festival and appearance two days later on Netflix. It’s a pity, as this is a good example of the sadder, spikier parts of her oeuvre. Holofcener makes films which deal in relative minutiae a lot of the time – light on plot, and heavy on manners and conversation. This sounds like Apatow-territory, I know. But an Apatow film, no matter how irritable and rude the characters may be at times, tends to end with a Randy Newman song and a bunch of photogenic people having come to some kind of sunshiney resolve. Holofcener’s films tend to hurt more, finish with less benignity. Her focus on the subtleties of suburbia can belie how savage and precise she is.

The Land of Steady Habits is about a Connecticut dad, Anders, (Ben Mendelsohn) who divorces his wife Helene (Edie Falco) and leaves his job in finance, blowing up his life in one big moment of drama, and then finding there’s nothing terribly exciting on the other side. He goes to a party hosted by old friends, and finds that Helene is happily re-matched with an ex-colleague of his. He wanders off to get loaded with Charlie (played beautifully by Charles Tahan), the teenage drug dealer son of his former friends. His own son Preston (Thomas Mann) is 27, newly sober and unable to hold down a job or settle on a path; he sleeps in his car and half-heartedly gambles and doesn’t know what to do next. His dad isn’t much help.

I didn’t hugely want to watch this film from the sound of that plot; another grouchy middle-aged guy spewing his nihilism everywhere? Wasn’t Greenberg enough? But, actually, it’s very good. This is partially because Ben Mendelsohn is a madly watchable, charismatic actor who makes you actually give a shit about an angry useless old man being a prick to people around him. It’s also because of Holofcener’s light touch; when something truly devastating happens it’s all the more effective because of her careful attention to the mundane dailiness of those it will hurt.

WORTH A WATCH WHEN HUNGOVER/ DRUNK? Not drunk. Perhaps hungover if you’re in the mood to feel a bit moved and wretched.

Linkedin
RELATED ARTICLES
OTHER ARTICLES
Photographer Anne-Marie Michel captures the women who through determination and strength are forging their own way in a male-dominated industry.
Yesterday, rail workers came together to protest poor pay, working conditions and job cuts in their latest round of strikes.
As the Criminal Bar Association enters its fifth week of action, criminal barrister Russel Fraser explains why the legal professionals have walked out and how action is likely to escalate.
With the virus now a global health emergency, we must take steps to fight misinformation and demand a swift UK-wide vaccine roll out, writes Phil Samba.
Last week, Tower Hamlets council removed its nudity-restricting licensing conditions in a huge win for London’s kink community.
From the chip shops, to the bingo parlors and burlesque dancers, photographer Mike Coles remembers capturing scenes of holidaymakers by the English coast.