Art & Culture / Film / What Netflix did next: five icons & some bland AF teenagers 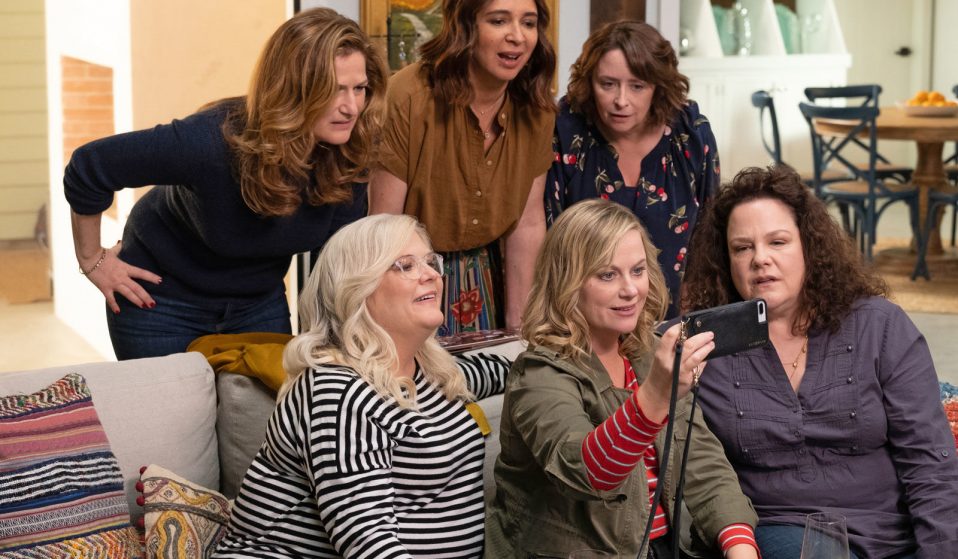 Writer Megan Nolan bravely ventures into Netflix’s new releases, in an attempt to figure out if anything is even worth our time anymore. This week, it’s Wine Country (fine) and The Last Summer (a disgrace).

Writer Megan Nolan bravely ventures into Netflix’s new releases, in an attempt to figure out if anything is even worth our time anymore. This week, it’s Wine Country (fine) and The Last Summer (a disgrace).

Such a coincidence, so weird, I can’t believe they cast all six of my moms in one film? This is a solidly “only okay” film elevated to “cosy and nice” by virtue of its cast. Rachel Dratch and Maya Rudolph are my stand-outs, but all of the leads are funny, intelligent, and a joy to watch even though they’re working with pretty dull material.

It’s Rebecca’s 50th birthday (Dratch) and her five oldest friends are reuniting for a trip to Napa to celebrate and catch up. Organised by anxious, controlling Abby (Amy Poehler), a strict itinerary is in place to maximise special moments and quality bonding time, but inevitably the gallons of cab sav loosen their tongues and niggle at old dynamics. Everyone hates Rebecca’s douchey husband Brian, who plays video games and misses her birthday. Catherine (Ana Gasteyer), a celebrity chef, is obnoxiously consumed by her work. Val (Paula Pell) chases younger women who inevitably break her heart and undermine her well-earned self-confidence. Jenny (Emily Spivey) is afraid of everything and never wants to leave her safe family cocoon. And Naomi (Rudolph) has taken a melodramatic turn because of some health news she’s ignoring and keeping secret from her friends.

Naturally, with six leads, some characters and stories are stronger than others. Jenny in particular feels badly fleshed out, and even Abby, whose narrative is the closest to central as we get, doesn’t have much too her. We know she’s divorced, needs to loosen up, and doesn’t have a lot going on in her life, which isn’t really enough to build a cohesive picture.

But honestly, there is something quite nice just seeing six women aged around 50 onscreen and represented as people who are still very much alive, individual, attractive and still becoming who they are. That feels like a rare enough experience that I enjoyed watching this even though there are largely just montages of screaming and drinking where the laughs should be. Tina Fey and Jason Schwartzman are both strangely wasted in peripheral roles. (Jason Schwartzman though, mother may I!)

WORTH A WATCH WHEN SOBER? Sure, solid Wednesday evening fare.

WORTH A WATCH WHEN HUNGOVER/ DRUNK? Absolutely fine for a hangover, too plotless and tame for drunk.

Do the people who make these filler teen movies for Netflix even watch teen movies? Or romance movies? What about movies in general? Do they like them at all? The more of them I watch, the more the evidence points to no. They so often feel written by a committee of marketing executives who’ve spent years conducting focus groups and have never actually watched a film. The Last Summer feels as though they all convened in a room one day and took turns throwing darts at a big board filled with buzzwords and landed on “TEEN” “SUMMER” “SEX” “LAKE TRIP” “4TH OF JULY” “CARS” “BASEBALL”.

It’s all well and good making some formulaic trash if it’s got something camp about it, like starring Lindsay Lohan or having people do Scottish accents. If you lean into it, it can be something basic and silly but still super fun and engaging for the viewer. But this is just an hour and 45 minutes of flat moderate snippets of ‘Teen Livez’ without a single character, situation, or relationship to care about.

Following the last summer before college for a bunch of teenagers in Chicago, The Last Summer stars a lot of really good looking young people and that is really about all it has going for it. The cast is populated by those blandly gorgeous kinds of actors who look destined to always play a teenager even though they are visibly 30. Everyone in it looks like they should be applying for their first mortgage instead of losing their virginities in cars, which is kind of good because two storylines are about grown-ass adults sleeping with the freshly graduated “teens”.  It massively over-eggs the multiple narrative pudding, with at least two storylines too many to keep our attention.

Perhaps least forgivable is the absurdly dated dialogue, so obviously written by an old man that it completely distracts you from several scenes. The cool young musician Griffin texts his love interest “Link up for old movie 2nite?”. She is a documentarian and we can tell she’s a deep artist from the baker boy cap and leather jacket she wears. When interviewing Griffin for her documentary about teenage life, he comes out with this gem: “We have such an opportunity in this really connected world to get to know each other… and what do we have to show for it? Snap-streaks.”

Oh my gosh yes you always hear teens bemoaning the prevalence of snap-streaks on the bus. Very real, good job.

WORTH A WATCH WHEN SOBER? Oh Lord no.

WORTH A WATCH WHEN HUNGOVER/ DRUNK? Shockingly I can’t even recommend for a hangover which from me is about as bad as it gets for a teen romance dramedy.

Linkedin
RELATED ARTICLES
OTHER ARTICLES
Cindy Campbell recounts how her brother ushered in a new era of musical culture at a party she held in the Bronx in ‘70s.
By turning a real-life crisis into daytime television fodder, TV bosses have once again shown themselves to be completely out of touch with audiences.
Thousands attended the annual event this year to wheelie through the city and call for ‘knives down, bikes up’.
The two-day long event returned to London this year, showcasing a spectacular parade, steel bands and Caribbean food.
Yesterday thousands gathered outside Buckingham Palace after news of the Queen’s death broke.
Following the announcement of an 80% hike in the energy price cap from 1st October, crowds gathered outside the offices of energy regulator Ofgem to protest and declare their intention to undertake a payment strike.