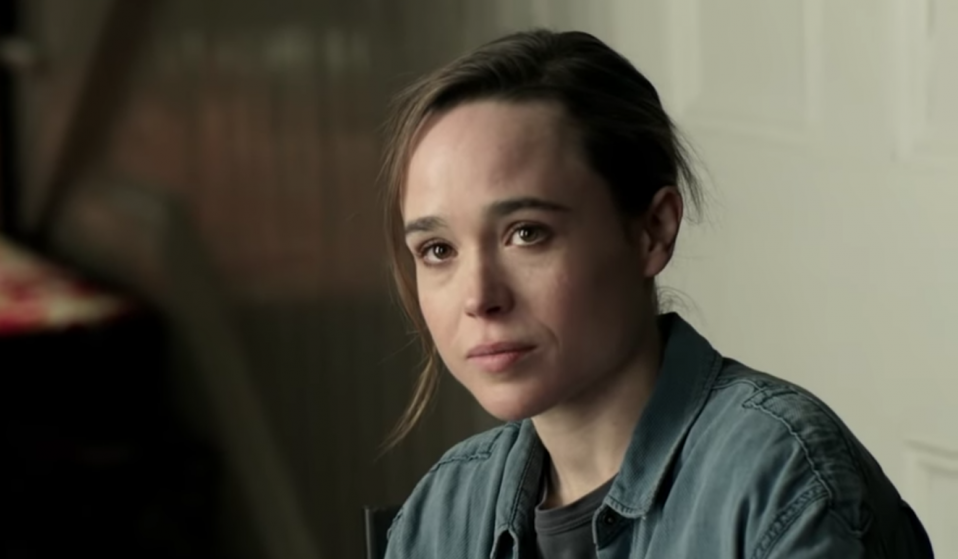 Writer Megan Nolan bravely ventures into the latest Netflix Original releases, in an attempt to figure out if anything is worth our time anymore. This week, it’s moody Irish zombie-reform drama The Cured, and Chevy Chase’s Last Laugh.

Writer Megan Nolan bravely ventures into the latest Netflix Original releases, in an attempt to figure out if anything is worth our time anymore. This week, it’s moody Irish zombie-reform drama The Cured, and Chevy Chase’s Last Laugh.

It’s difficult to convincingly fuck with the traditional zombie movie trajectory. Social metaphors can be layered in to give some intellectual spice, of course, and God knows they have been – climate change, queerness, debt, capitalism, and tribalism have all been cited as inspiration for classics of the undead genre. But if you adhere to the usual set up – zombies roam looking to eat, kill and infect, while non-infected humans must hide and/or defeat them – it can all start to feel a little samey, no matter how visually stunning or scary.

The Cured, an Irish film released today on Netflix, neatly avoids falling into hoary old brain-eating tropes by setting the action largely after a cure has already been discovered. A virus named Maze which turns sufferers into homicidal zombies has swept through Europe, but especially decimating Ireland. Five years after its outbreak, an antidote which recovers 75 per cent of those infected is dispersed.

But the cured remember everything they did while they were infected – every eye gouged, every throat bitten open – and so do the rest of the country. Senan (Sam Keeley) is haunted by the memory of killing his brother, and leaves quarantine to move in with his widowed sister-in-law Abbie (Ellen Page) and nephew Ciaran. His friend Conor (Tom Vaughan-Lawler), unrepentant for his actions while infected, is a former barrister and master of the universe, unable to cope with the dramatic change in social status he has suffered as one of The Cured.

The bulk of the film isn’t concerned with the original outbreak, but rather the psycho-social impact of reintegration, and the personal trauma of knowing one’s one capacity for violence. The most disturbing parts are more spiritually icky than viscerally gross-out gore; a scene involving a soldier attempting to rape one of the infected women sticks out especially.

Ultimately the moral question of how the cured can be reintroduced to society, if they even should, feels like an apt analogy for reform in general, and what we make of the concept of rehabilitation. For many affected personally by the violence they unleashed, the cured should have the decency to die or at least disappear, cordon themselves off in ghettos. But being mistreated by mainstream society only serves to strengthen the bonds between the cured, forged through communal violence, leading to further carnage.

The Cured is something stranger and smaller than many of its zombie peers and is well worth a watch, not least for the performances of Sam Keeley as tortured Senan and the great Tom Vaughan-Lawler as insidiously menacing Conor.

WORTH A WATCH WHEN HUNGOVER/ DRUNK? No, it’s a little too depressing and not silly-scary enough.

Netflix seems to have made a conscious choice at some point to become world leaders in the field of mild elderly-folk content provision. Our Souls At Night, a weepy/ cutie film about widow Robert Redford slowly working up the nerve to get it on with neighbour widow Jane Fonda, was a leader in the field. Frankie and Grace, a TV show about two polar opposite women, played by Jane Fonda and Lily Tomlin, united in confusion after their husbands elope, has just released its fifth season in less than four years.

And now we have The Last Laugh: a sweet film about an agent and an ex-comedian holed up in a retirement community who decide to go on one last tour. I’m not complaining, I’d like to stress. Bland, bloated TV and films about excessively privileged old people? Extremely my jam. Let that utterly meaningless, trivial crap wash right over me. The Last Laugh is a totally adequate addition to the genre.

The main thing it suffers from is Chevy Chase. Chase is a perfectly fine actor and actually pretty funny from time to time here, but he is also now known universally to be a total asshole. It’s weird, but of all the assholes there are in Hollywood, he’s one who I actively can’t really enjoy watching any more. His co-star Richard Dreyfus, on the other hand, is eminently likeable and has quite uncannily good comic timing. I could watch a whole stand up special of his character’s exquisitely mild comedy, utterly devoid of politics or anything related to anything which took place in the last 50 years.

After the recent Netflix series The Kominsky Method, a messy, tiresome show about an ageing actor and his ageing agent/ friend, and now The Last Laugh, you have to wonder a little about the cultural fetish for the comically frustrated old codger. Why are we so perpetually culturally consumed with the grumpy old man? Their narratives are always about lost dreams, disappointments – but they are always so rich! So successful!

Why do we want to see these stories? Are we so desperate to be reassured that even they are miserable? Money doesn’t buy happiness, but sometimes I think we’re a little too eager to remind ourselves of this because let’s face it, it sure doesn’t hurt either.

WORTH A WATCH WHEN SOBER? Not really but you could do worse on a Tuesday evening when you’re desperately trying to keep out of the pub.

WORTH A WATCH WHEN HUNGOVER/ DRUNK? Ideal Sunday hangover fodder, have it on in the background while you do your skincare/ clean your room a bit/ order food.

Linkedin
RELATED ARTICLES
OTHER ARTICLES
Finland-born photographer Sirkka-Liisa Konttinen looks back on her decades-long documentation of life in Northern England.
Whether it's partygate, the climate crisis or the spiralling cost of living, the fightback begins on the picket lines writes Tommy Vickerstaff
Thomas Hoepker‘s images taken during a road trip across America provide a searing social commentary about a divided country.
The last few years have seen an increase in LGBTQ-led initiatives to feed the hungry, with many finding ways to stay afloat despite the challenges.
Curator Antoine de Beaupré discusses his immense record collection and what it tells us about the intersection of music, photography, art, and commerce.
Wealth inequality and the rising cost of socialising is placing a strain on people’s relationships, reports Eve Upton-Clark.