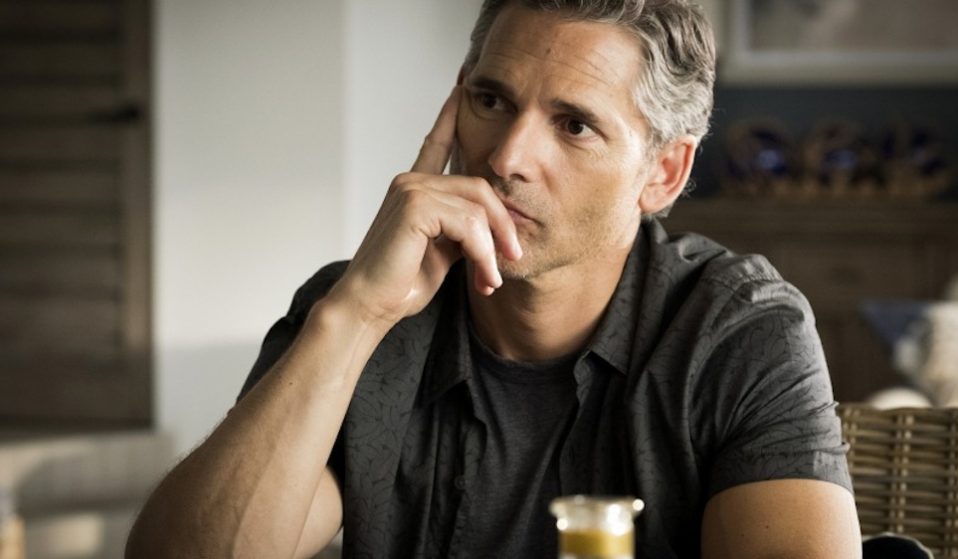 Writer Megan Nolan bravely ventures into the latest Netflix Original releases, in an attempt to figure out if anything is worth our time anymore. This week, it’s prison rehab drama Outside In, and the strange-but-true Dirty John.

Writer Megan Nolan bravely ventures into the latest Netflix Original releases, in an attempt to figure out if anything is worth our time anymore. This week, it’s prison rehab drama Outside In, and the strange-but-true Dirty John.

The reason that I usually review Netflix films rather than television series in this weekly column is that watching two films takes about four hours. It simply wouldn’t be realistic to expect me – a person with work to do, relationships to maintain and a house to keep clean – to watch a whole TV series in just a few days. Or would it?

This week, I watched Dirty John, a new Netflix series adaptation of a true story detailed in a series of LA Times articles, and later a podcast. John Meehan married Debra Newell in 2014 after an online meeting and a whirlwind courtship. From the beginning, her two daughters Terra and Jacqueline were wary of him, sensing there was just something off in the way the supposed doctor dressed and behaved. Given their mother had a tremendously successful interiors company, they suspected gold digging was afoot.

There was, but it got a whole lot more fucked up than that. Meehan was a version of the quintessential online dating nightmare, a man who lied about literally everything. As the truth began to come out, his terrifying true nature did too, dragging Debra and her daughters into a paranoid hell.

It’s a fascinating, bizarre story in all its forms, but in this (lightly fictionalised) version, I appreciated getting a little more John back story than was offered in the podcast. His childhood spent forced into complicity with his father’s low rent scams and hoodwinking, while not an excuse, provide a really interesting insight into his adult “kill or be killed” attitude.

Every actor in this is really superb, too – Connie Britton as the naive, affectionate Debra, Eric Bana as charming, cold John. Both daughters are just as excellent – Juno Dawson is hilariously bitchy as the hard-nosed but fiercely protective Veronica and Julia Garner, also great in the FX show The Americans, kind of broke my heart as fragile and resilient Terra.

WORTH A WATCH WHEN HUNGOVER/ DRUNK? I reckon it might give you the creeps in a not-fun way on a hangover, especially if you’ve any experience with abusive deceitful partners.

When I was a teenager I’d watch literally a dozen American lite-indie films a month. It was around the time of Little Miss Sunshine, a golden era for quirky, conversational, off-beat movies of extremely varying and often dire quality. Some of them I still have love for – Thumbsucker sticks out, starring Lou Taylor Pucci as the titular thumbsucker, Tilda Swinton as his mother, and a supremely odd, zen Keanu Reeves as his New Age orthodontist. And I retain a very soft spot for Noah Baumbach’s debut, the awkward emotional tale of right-on parenting gone wrong and self-regarding teenage boys, The Squid and the Whale.

But, really, looking back, I have to wonder what was so compelling. A lot of those films were either soulless and inane or actively horrendous. I think the spell was broken for me after I saw Lars and the Real Girl, the baffling Ryan Gosling film about a man suffering the delusion that his sex doll is a real woman, and his girlfriend. His entire town of kindly oddballs play along in increasingly preposterous scenarios, culminating in an absolutely demented funeral service. When I watched Lars and the Real Girl I had a kind of mental break – its tone, its style, its feel were all gently whimsical and cute like many of the other films I liked – but it was also… so god damn stupid.

Outside In kind of reminded me of those films of my youth; it’s lowkey and well acted and set in a suburban America which appears at once boring and beautiful. It’s definitely got a lot more to it than the likes of Lars, but it does suffer from some kind of slightness in its core.

Chris (Jay Duplass) is a 38-year-old man just released from a 20-year prison sentence after a teenage robbery went wrong and he took the fall for his brother and their friend. His then-teacher Carol (Edie Falco) visited him throughout his sentence and helped achieve his early release. When he returns to their community a free man, their intense, intimate relationship built up over decades is strained by the fact of her marriage, and, later, by the interest of Carol’s teenage daughter Hildy in the forlorn, vulnerable Chris.

The queasy dynamics of a man nearing 40 entering a home town he only knew as a teenager are rendered really well. Riding his old bike, wearing the baggy jeans and hoodies of his childhood, Chris can’t see how potentially sinister it looks for him to befriend a teenage girl and take her to a party to drink. I was grateful the film didn’t veer in the direction I feared it might – in fact, he has no romantic interest in Hildy. He is hung up on her mother.

Edie Falco is brilliant as ever as the conflicted Carol, struggling to stay loyal to a sexless, joyless marriage in the face of Chris’s apparent devotion and tactile desire.

One note: the film is sensitive and empathetic to the plight of being an ex-convict in America. I would love, generally, to see more art about the fall out of that country’s prison system and rehabilitation failures. But to my mind it was a cop-out of the narrative that we are hamfistedly forced to see that Chris was – essentially and morally if not legally – innocent of the crime he was imprisoned for. If we are interested in what becomes of the formerly imprisoned, it would be good for us to have empathy for those who did commit their crimes too.

WORTH A WATCH WHEN SOBER? It’s weirdly hard to answer this! I enjoyed it and the performances are quite lovely but it does still have the mild bang of landfill indie film. I reckon yes, especially if you’re an Edie Falco fan which, of course, you should be.

Linkedin
RELATED ARTICLES
OTHER ARTICLES
Following the release of his latest album, the rapper talks about finding a new approach to songwriting, attitudes to poverty, and why his music is more than a political statement.
A new series of photos by Johny Pitts shines a light on communities and subcultures that have all too often been overlooked.
Last week, Tower Hamlets council removed its nudity-restricting licensing conditions in a huge win for London’s kink community.
A young woman recounts her experience of being harassed by anti-choice campaigners as she was seeking an abortion in Glasgow.
One year on from the fall of Afghanistan to the Taliban, Tiara Ataii speaks to those who have been forced to make the treacherous journey to Europe for safety, and the barriers and horrors they have faced.
An abortion storyteller talks about the termination of her pregnancy and the harassment she’s received for sharing her story online.