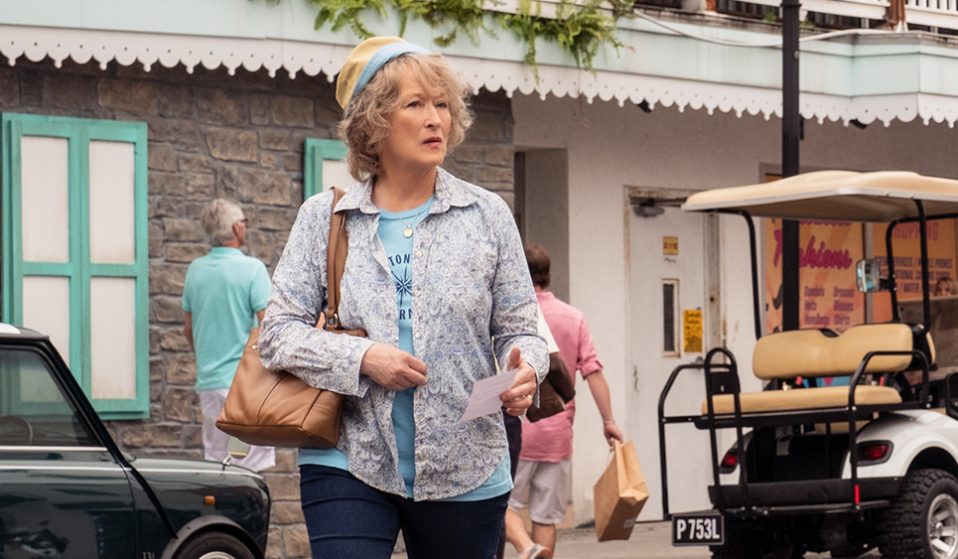 Writer Megan Nolan bravely ventures into the latest Netflix Original releases, in an attempt to figure out if anything is even worth our time anymore. This week, it’s Panama Papers drama The Laundromat, and Blaxploitation comedy Dolemite Is My Name.

Writer Megan Nolan bravely ventures into the latest Netflix Original releases, in an attempt to figure out if anything is even worth our time anymore. This week, it’s Panama Papers drama The Laundromat, and Blaxploitation comedy Dolemite Is My Name.

I am delighted to say we are in a very solid Netflix era now. Presumably as a result of the increasing streaming wars – which will ultimately make us all pay more and have less choice and look back on the last 10 years as an innocent heyday of entertainment we amiably squandered, looking at our phones while squinting at Cuaron masterworks in the background – Netflix has a bunch of really quite good original stuff. This is how it should always be, three to five genuinely good films and a limitless supply of cheap amiable crap to fill in the gaps.

The Laundromat is the latest Stephen Soderbergh and works very well as a Netflix Original, being absolutely entertaining, zippy and even quite clever, without being good enough that you wish you’d seen it in the cinema. It’s a fictionalised telling of the crooks at the centre of the Panama Papers scandal, and uses a handful of stories to illustrate the wide-reaching effects of the thousands of shell companies and non-existent insurance agreements. The film begins with Ellen Martin (Meryl Streep), whose husband along with dozens of their friends died in a freak boating accident on a group vacation. When Ellen looks into who exactly is financially culpable, she is distressed and ultimately intrigued to find that nobody at all seems to be, and sets off for Panama.

Streep is on her usual extremely fine form, drawing Ellen’s bewilderment and grief painfully well, and how it transfers onto her journey into the Kafkaesque nonsense of a non-existent insurance company. The other plots are just as compelling and are knit together inventively and joyfully, a great sense of play pervading the whole film even when it’s serious. Some devices work better than others – Gary Oldman and Antonio Banderas play Mossack and Fonseca, the real-life criminals at the heart of the scandal, and address us directly, explaining little bits and pieces of inscrutable financial technicality. Sometimes this works fine, wonderful relaxed actors as they both are, but sometimes it’s too blatantly exposition and gets tedious.

There is one device, however, at the film’s end, which despite its own fair share of clunkiness is also so bizarre and funny and life-affirming that it validates the whole thing.

WORTH A WATCH WHEN HUNGOVER/ DRUNK? Not so much, a little intricate for the blitzed mind.

Dolemite Is My Name

What a lovely treat to see Eddie Murphy on great, nuanced, electric form like this. I had almost entirely forgotten that he’s so good, associating him with Doctor Doolittle and the seemingly endless production of fat-suit reliant multiple role comedies which poisoned our cinemas during the 1990s and 2000s.

Here he is both funny and moving, in a way which is genuinely rare. He plays Dolemite, the raucous, filthy pimp persona of Rudy Ray Moore. Moore is an ageing all-round entertainer – the kind of which went out of fashion with the vaudeville – eager to be on stage and a little bit good at a lot of things, but brilliant at none. He works in a record store where he tries and fails to convince the resident DJ (an amusing Snoop Dogg) to play his tracks. After hearing a local hobo tell some jazzed-up versions of classic African American folklore stories, he wonders if he can make it to the top by cultivating a version of the fast-talking street guy he’s spent his life around, instead of pretending to be a glossy celebrity.

Along the way he joins up with other oddballs, like Lady Reed (Da’Vine Joy Randolph) the pissed off wife and mother who also happens to be a hilarious live wire entertainer, the aspirational playwright Jerry Jones (Keegan Michael Key) who he convinces to lower his brow, and D’urville Martin, a hilariously snobby auteur-wannabe played marvellously by Wesley Snipes. After Dolemite gains cult status in black communities from his live performance and comedy albums, he and his new colleagues try to make a film against all odds which will be the pinnacle of Dolemite’s journey.

Murphy is just the right amount of vulnerable as a man with total and unquenchable ambition but who nonetheless knows he isn’t particularly great at anything. There’s something beautifully earnest about the film’s last scene, where at the redemptively glitzy film premiere, he chooses to stride through the adoring crowd and continue his performance for them than to go in and enjoy his new celebrity. A total pleasure.

WORTH A WATCH WHEN SOBER? Yes, charming and amiable and finely acted enough to take seriously.

WORTH A WATCH WHEN HUNGOVER/ DRUNK? Yes, a nice easygoing feel-good hangover experience.

Linkedin
RELATED ARTICLES
OTHER ARTICLES
After blocking the Scottish government’s gender recognition reform bill, Westminster is now devising further changes to the law to make it harder for trans people to self-identify.
Following the release of his debut single, Deyaz talks battling addiction, dealing with his struggles through music, and building a budding music career from his living room.
Activists and campaigners are fighting back against new laws that would seriously undermine the ability to take industrial action, calling it an attack on fundamental workers' rights.
The action took place in response to the 200 asylum-seeking children who were placed in hotels run by the Home Office who have gone missing.
Filmmaker Laura Poitras discusses her new documentary which traces the remarkable life of the artist-activist and the impact of her battle against the US opioid crisis.
A new exhibitions brings together the work of photographers who documented the deep unrest of these pivotal decades.