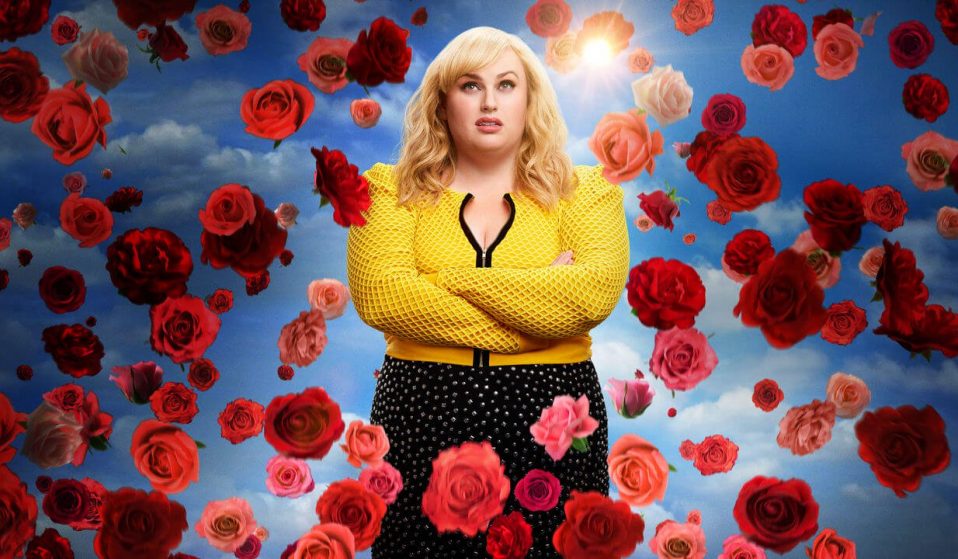 Writer Megan Nolan bravely ventures into the latest Netflix Original releases, in an attempt to figure out if anything is worth our time anymore. This week, it’s the actually quite good Polka King, and cliched rom-com Isn’t It Romantic?

Writer Megan Nolan bravely ventures into the latest Netflix Original releases, in an attempt to figure out if anything is worth our time anymore. This week, it’s the actually quite good Polka King, and cliched rom-com Isn’t It Romantic?

I have to be honest, the idea of a self-aware, meta-romantic comedy sounded boring and annoying to me, so I did not come to this Rebel Wilson vehicle with an open heart, and nor did I leave it a convert.

Wilson plays Natalie, a single architect living alone in a Hollywood-crappy (read: perfectly nice with some dirty windows) apartment with a disobedient dog. She has good friends at work, Whitney (a wasted Betty Gilpin), and Josh (Adam DeVine, the go-to Netflix guy for cute but not hot love interest), but no confidence professionally. She has a grudge against romcoms for giving girls like her – who aren’t anything special to look at – unreasonable expectations.

After a bump on the head, Natalie wakes up in a world whitewashed by romcom conventions: her dog can do tricks, her apartment is sprawling, a hot billionaire (a cute’n’fun Liam Hemsworth) has the hots for her, and New York smells like flowers instead of garbage. She has to play along with the classic plot in order to escape – but she just might learn a lesson or two along the way!

In its favour: there aren’t any fat jokes, which I’d feared. The Hemsworth is a cutie. The actor playing Natalie’s cliche gay BFF, Brandon Scott Jones, is really funny.

The problem is, there’s just not very much to Isn’t It Romantic. It makes fun of conventions it then fails to subvert or even render convincingly. The ending is a total and utter car crash. So many films like this fall down spectacularly at the last hurdle, seemingly always in a boardroom making some argument about a business deal which is actually a metaphor for emotions, or something. Here, Natalie makes a triumphant speech about her design for parking garages in a hotel, which are like her because they’re boring but actually, if you look at them, they’re pretty useful and good to have. Ok!!

WORTH A WATCH WHEN HUNGOVER/ DRUNK? If you have watched literally every other romantic comedy in existence, then yes.

There comes a time in every woman’s life where she must decide, with a steady gaze and a firm hand, who she really is. A time to put away childish things and reckon with the realities of the life she has built for herself.  “Am I the kind of woman who would like to have children?” she might wonder, for example. “Am I one who enjoys sleeping with many people, or just a few? Do I prefer to live with others or by myself?”

The Polka King is a weirdly almost-sick film, despite the sometimes irritating lead performance by Jack Black. I know, I know, the very idea – Jack Black doing an impersonation of a Polish man for 90 minutes is at times annoying?!

I think Jack Black might be my least favourite actor. He was perfectly serviceable in High Fidelity and School of Rock when he played that one character he can play, but anything else he’s turned his hand to has been skin-crawlingly cringe to me. When he tries to play a normal person he just inverts his eyebrows and allows his face to fade into an eerily vacant nice-guy stare and an ingratiating smirk. Have you ever seen him try to play a romantic lead? In The Holiday or Shallow Hal? Chilling! Genuinely chilling!

It’s almost impressive he manages to be rubbish in The Polka King, because the character he’s playing is a real person with an amazing story and bags of charisma. Based pretty closely on true events, The Polka King sees Jan Lewan (Black), an immigrant whose passion is his polka band, descend ever further into absurd fraud in order to maintain his empire.

He convinces swathes of his devoted elderly fans to invest in him at unfeasibly attractive rates until he’s running a full-on Ponzi scheme. As the years go by, his empire does indeed expand spectacularly, and so too do his batty schemes, from conning a bus tour of elderly Pennsylvanians into thinking he can introduce them to the Pope, to rigging a beauty pageant so his devoted but bored wife Marla (a brilliant Jenny Stevens) wins. It’s only a matter of time before his charm and good luck runs out.

Despite the fact that he swindled a lot of people out of their savings (almost five million USD according to the info at the end), it’s hard not to like Jan. He really did believe that it was only a matter of time before one of his enterprises paid off big time and he could catch up with himself. He was a chancer who thought he could make good on his chancing if he just got the right break, that one big payday to turn it all around. And, hell, the man was nominated for a Grammy – I’ve deluded myself with much less to back it up.

This is a good film despite the lead performance and not because of it, sadly, but it does make up for it in almost every other actor. Jenny Stevens is hilarious as Jan’s wife, Polka Queen Marla, slowly growing resentful that she’s accorded so little limelight. Jacki Weaver is a gloriously shrewish presence as Marla’s mother, never convinced by her son-in-law’s grand claims. JB Smoove as the officer who takes him down, and Jason Schwartzman as his bandmate, are also excellent.

Do watch this, but then look up the real Jan Lewan. Two minutes of watching him perform will illustrate why people loved him – and why he loved polka – better than a film’s worth of Jack Black. Oompah, ponzi style!

WORTH A WATCH WHEN SOBER? Yes! The Polka King is a legend quite frankly.

WORTH A WATCH WHEN HUNGOVER/ DRUNK? Better to watch footage of the real Polka King when three sheets to the wind. Try to defy his manic cheer – I dare you!

Linkedin
RELATED ARTICLES
OTHER ARTICLES
As the Criminal Bar Association enters its fifth week of action, criminal barrister Russel Fraser explains why the legal professionals have walked out and how action is likely to escalate.
A sharp increase in officers armed with the electrical weapon is resulting in serious injuries and deaths.
Photojournalist Fiora Garenzi spoke with people still living in Eastern Ukraine, an area which seen some of the heaviest fighting since the war began.
From the chip shops, to the bingo parlors and burlesque dancers, photographer Mike Coles remembers capturing scenes of holidaymakers by the English coast.
The Conservative leadership contest has exposed an obvious truth: whether our next prime minister is a woman, or a British-Asian man, they will continue to fan the flames of division.
Students are being left to languish in unsafe housing, in some cases leading to serious health complications.