Art & Culture / Film / What Netflix did next: middle-class malaise & massacres 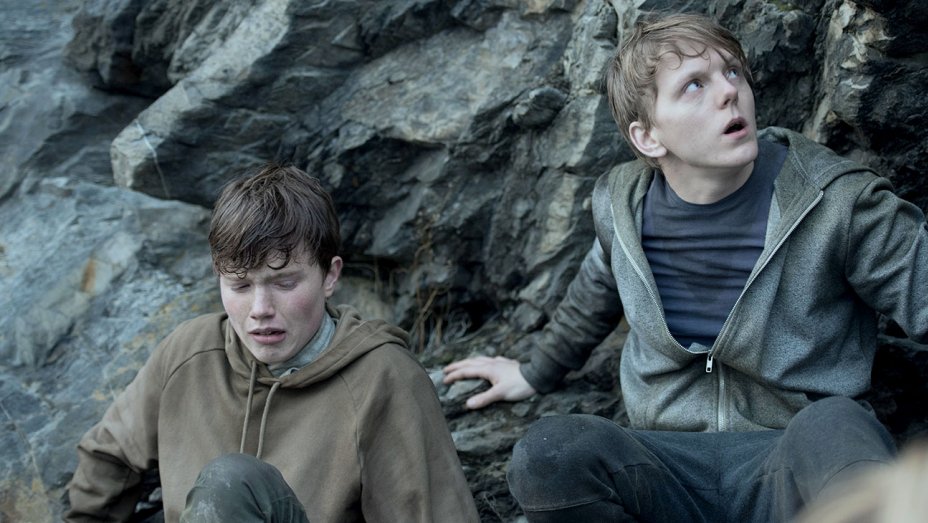 Writer Megan Nolan bravely ventures into the latest Netflix Original releases, in an attempt to figure out if anything is even worth our time anymore. This week, it’s US comedy Private Life and a ‘repellent’ dramatisation of Norway’s 2011 terror attacks.

Writer Megan Nolan bravely ventures into the latest Netflix Original releases, in an attempt to figure out if anything is even worth our time anymore. This week, it’s US comedy Private Life and a ‘repellent’ dramatisation of Norway’s 2011 terror attacks.

I’ll watch and enjoy a lot of objectively lousy films and I won’t say sorry for it either. Will I watch Disney Channel films specifically designed to appeal to 11-year-olds? Sure, proudly. Will I pay good money to see whatever gross-out comedy Jennifer Aniston is being wasted in this year? Certainly. And will I watch misogynist horror films which I strongly sense have detracted from the net worth of human goodness? Oh heavens, yes, yes, yes.

I do not usually subscribe to the idea of “guilty pleasures”, but there is one genre of cinema which I am ashamed of adoring. It’s the one of Judd Apatow and Nancy Meyers and Noah Baumbach and all their less successful imitators, the one of mysteriously, fabulously wealthy people in heavily filtered suburbs or sanitised cities, dealing with mid-life malaise. They work in record companies and documentary production and chintzy little boutiques where nobody ever buys anything. Their kitchens are rustic and vast, their therapists weary, their pores nigh-on invisible.

I’ll pretty much watch any shit like this; the one exception being the fascinatingly flabby This Is 40, a film I have tried and failed to finish watching approximately a dozen times now.

I love these films. They soothe me. Imagine having such a blessed and dignified life that your unhappiness wasn’t caused primarily by agonising about how to pay rent, or how to drag yourself out of your depression-bed to go to a minimum wage job you hate. Imagine having the sheer luxury to be upset by abstract notions of ageing, or what kind of marriage you want, or whether to have kids.

This is all to say, I’m the prime audience for Private Life, a comic drama about a middle-class creative couple struggling to find a way to have a baby, having waited until their 40s to try. I would have lapped it up even if it was boring and bad, but it’s not – it’s lovely, funny, and beautifully acted. Rachel and Richard, played by Kathryn Hahn and Paul Giamatti, are ambivalently trying IVF, trying to adopt, and trying to figure out if they really want a child at all. Enter their 25-year-old niece Sadie (Kayli Carter), whose delightfully ripe young eggs may help them to conceive. As usual, Kathryn Hahn steals the show. She’ll carry you through the less compelling parts which risk getting a little ponderous, but for the most part, this is a genuinely likeable, funny, and touching watch.

WORTH A WATCH WHEN SOBER? Yes, a solid weekday evening choice.

WORTH A WATCH WHEN HUNGOVER/ DRUNK? Practically made for a very mildly hungover Sunday, unless discussion of fertility issues is a triggering one for you.

There was a moment early on in this film where I felt myself moved by something which I simultaneously, immediately perceived to be stupid and trite.

A teenage boy, Viljar (Jonas Strand Gravli), is speaking onstage at a Labour youth conference on the island of Utøya, the same island where Anders Breivik (Anders Danielsen Lie) will shortly arrive and murder 69 people, most of them children. “Where I come from, everyone is welcome,” Viljar says, promoting a vague, cheerful vision of multicultural Norway. At the same time as we are seeing him outline his faith in the boundaries of tolerance and inclusion, we are seeing Breivik make preparations for the massacre he has been planning for months.

It’s sentimental, on-the-nose. And yet, dreading the thought of what was coming, my heart wavered a little at the saccharine portrayal of hopeful youth, their tentative imagining of hypothetical futures, all to be extinguished senselessly in a few moments time.

But that’s the thing about tragedies of this scale, and about the narrative neatness of this one in particular. It’s too easy to distress the viewer by having us watch children being picked off, the base shock of watching their small bodies rendered as physically and materially neutral as falling rocks.

22 July assumes an unearned moral piety, asks the wrong questions, and rewards those questions with a made up and silly redemptive solution. Lie tries gamely to convey the chilling calm of Breivik, but the natural charisma of an actor shines through and can not be expected to come close to reality. The real Breivik is an unutterably strange looking person, striking in his absolute blandness. He resembles a rudimentarily created video game character, complete with the total vacancy of such an assembly.

On one hand, Breivik is part of a coherent trend, the rise of extreme, physically violent white nationalism. His ideology, fragmented and disjointed as it may be, sits within this. He is a product of Norway, of his family, of the internet. He is not an alien.

But, too, he is an aberration. The story of his crimes is a singular one in terms of who, where and why he killed. Though he professed to be a leading part of a grand resistance organisation, there really was no such thing. Though his political beliefs were not in the least unique, he acted alone. As the Norwegian author Karl Ove Knausgaard wrote in an essay about One of Us: The Story of a Massacre in Norway — and Its Aftermath by Åsne Seierstad, which 22 July is based upon: “All norms and rules were annulled in him, a war culture had arisen in him, and he was completely indifferent to human life, and absolutely ruthless.”

And so, when the story of his atrocity is crammed into a readymade cinematic arc, replete with fabricated redemption and moral assurances, it becomes something repellent.

WORTH A WATCH WHEN HUNGOVER/ DRUNK? No.

Linkedin
RELATED ARTICLES
OTHER ARTICLES
With the virus now a global health emergency, we must take steps to fight misinformation and demand a swift UK-wide vaccine roll out, writes Phil Samba.
With the Women’s Euros in full swing, last week saw glorious, sweaty celebrations take place in a dedicated, safe space for female and non-binary fans.
As the Criminal Bar Association enters its fifth week of action, criminal barrister Russel Fraser explains why the legal professionals have walked out and how action is likely to escalate.
After rewriting the indie rulebook with her devastating songs about romantic longing, the singer-songwriter is now imagining a future in which the artist is no longer a product.
Photojournalist Fiora Garenzi spoke with people still living in Eastern Ukraine, an area which seen some of the heaviest fighting since the war began.
The government’s brutal crackdown on NGOs has left victims of rape without anywhere to seek help. And now, as the country plays a key role is Russia’s war, things are only getting worse.