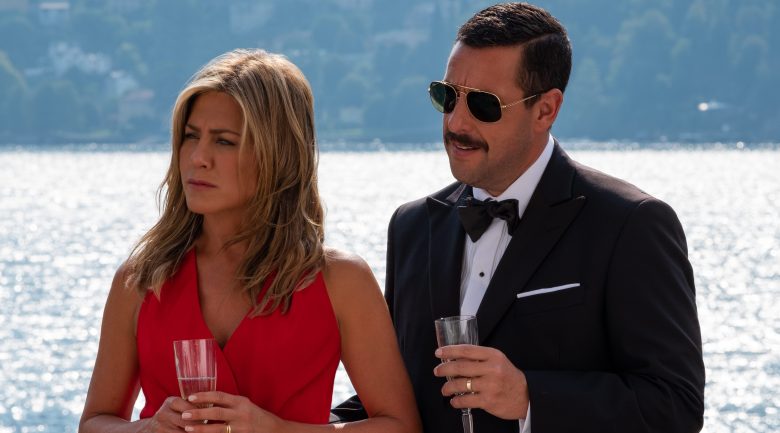 Writer Megan Nolan bravely ventures into Netflix’s new releases, in an attempt to figure out if anything is even worth our time anymore. This week, it’s solid sci-fi I Am Mother and Adam Sandler’s Murder Mystery.

Writer Megan Nolan bravely ventures into Netflix’s new releases, in an attempt to figure out if anything is even worth our time anymore. This week, it’s solid sci-fi I Am Mother and Adam Sandler’s Murder Mystery.

In the 1930s, the behavioural psychologist Harry Harlow did a series of landmark experiments on rhesus macaque monkeys about mothering. The infant monkeys were made to undergo different conditions of parenthood – sometimes they had a soft stand-in mother made of cloth who provided them with milk from automated teats. These mothers made them happy, gave them a figure to cuddle and attach affection to. Others had instead a cruel, nakedly mechanical mother – no soft swaddling material to disguise the sharp edges, simply a milk dispenser. Some had what the psychologists nicknamed “Evil Mother”, who would provide the monkeys with milk but also hit and injure them with no reason, and at unpredictable intervals.

The monkeys, somewhat predictably, had wildly varying levels of anxiety, happiness and security depending on what scenario they were in. But more surprising was the fact that they loved all the mothers, and wanted all the mothers to love them. Even the mechanical mother, even the Evil Mother. The experiment showed childrens’ limitless need for attachment, that their capacity to love is monstrously strong.

There are several moments in I Am Mother, the new Netflix dystopian sci-fi, which reminded me of Harlow’s experiments; of those infant macaques cuddling up to sharp edges. You would be surprised how much emotional mileage can be wrung from a shot of a beautiful baby pressing its ruddy cheek against a robot, nudging for an affectionate response, which appears in the film’s opening sequence.

The action is set after an extinction event has wiped out every human on earth, except a girl known as Daughter (X), created from an embryo by a robot known as Mother (voiced by Rose Byrne). Mother is the only point of contact Daughter has ever had – not only has she parented her but has also provided her entire world view. A rigorous education in ethics has ensured Daughter is an intelligent and moral young woman. Daughter believes the outside world to be contaminated by the toxin which caused the extinction, and also that she is the only human in the world. Both come into question when a woman (Hilary Swank) knocks on the door. The outside isn’t toxic, she tells Daughter – but it is filled with robots who have killed all the humans.

This is a satisfying, intelligent ideas-led sci-fi film which questions mothering, humanity and love in the same vein as Moon or Ex Machina. It lacks the darkness and edge of those films, but it does have a great performance from newcomer Clara Rugaard, and it’s strange and tense enough to keep you engaged for the slightly flabby two-hour running time.

WORTH A WATCH WHEN SOBER? Yes. It’s not reinventing the wheel but it doesn’t need to – a solid, decent addition to the genre.

WORTH A WATCH WHEN HUNGOVER/ DRUNK? No, it’s too slow and tense for that.

At last I return to my beloved bête noir, Adam Sandler. My hated friend, my most treasured enemy.

Sandler is like Netflix itself in many ways, capable of delivering three different kinds of entertainment:

I’m a Sandler stan, admittedly – and not just in the middlebrow-film-critic-approved Noah Baumbach (The Meyerowitz Stories) and Paul Thomas Anderson (Punch-Drunk Love) stuff. I have seen The Waterboy upwards of a dozen times, I have genuinely enjoyed rewatching Billy Madison as an adult in her late 20s, and I have cried laughing at offensive Anger Management jokes.

But I felt a grim sort of inevitability at the announcement several years ago of his eight-film Netflix deal. Mainly it’s the knowledge that he can and will make a film – hell, five films if he can – a year for the rest of his life, completely regardless of whether he has any desire to do so. Just have a break Sandler my man; life is short and you are already wealthy beyond imagining.

For these reasons, I was not overly hyped to watch this film. For one thing, the concept – a real-life murder mystery plays out when a couple go on vacation – just sounded wonky. A film plot based on a party game? It reminds me of my total mental dislocation upon hearing that Pirates of the Caribbean was based on a theme-park ride. A film? Based on a rollercoaster? What?

Secondly, Sandler is paired here with Jennifer Aniston, and the last time they teamed up for 2011’s Just Go With It I was driven nearly to tears by the sheer dispiriting waste of it all, the howling void where a joke or even a moment of benign good feeling should have been.

So I am delighted to say that this is absolutely FINE. The film itself is perfectly serviceable, and Sandler and Aniston are both alive behind the eyes and seem to be having a lark. They even make some actual jokes which made actual, audible noises of amusement come out of my mouth. Sandler is a New York cop taking his wife, Audrey (Aniston), on a long overdue European trip, when they become embroiled in a series of mysterious murders and must exonerate themselves from being framed. All the Cluedo-esque characters are here, straight out of central casting, and they’re all pretty funny too. A watchable caper, which in a post-Sandy Wexler world, is a big relief for the Sandler fans amongst us.

WORTH A WATCH WHEN SOBER? Sure.

WORTH A WATCH WHEN HUNGOVER/ DRUNK? Yes, ideal fodder for a mild Sunday hangover with an only-okay pizza you immediately regret ordering.

Linkedin
RELATED ARTICLES
OTHER ARTICLES
Meg Handler’s photos capture diverse groups of New Yorkers coming together for the collective cause of civil rights.
The photographer describes taking inspiration from Magnum photographers to craft an intimate and revealing portrait of the city.
Photographer Nico Froehlich’s series documents South London’s diverse communities, while also reflecting on their fragility amid rapid gentrification.
As the cost of living crisis bites, letting go of treats to keep us going is proving difficult – but we should’t just blame ourselves for our financial worries.
A new documentary tells the story of an unassuming cul-de-sac of 13 timber framed houses built by Fusions Jameen – London's first Black housing co-op.
A new exhibition is marking the photographer’s 100th birthday with a look back at his extraordinary career.