Art & Culture / Film / What Netflix did next: Noah Centineo vs. Lakeith Stanfield 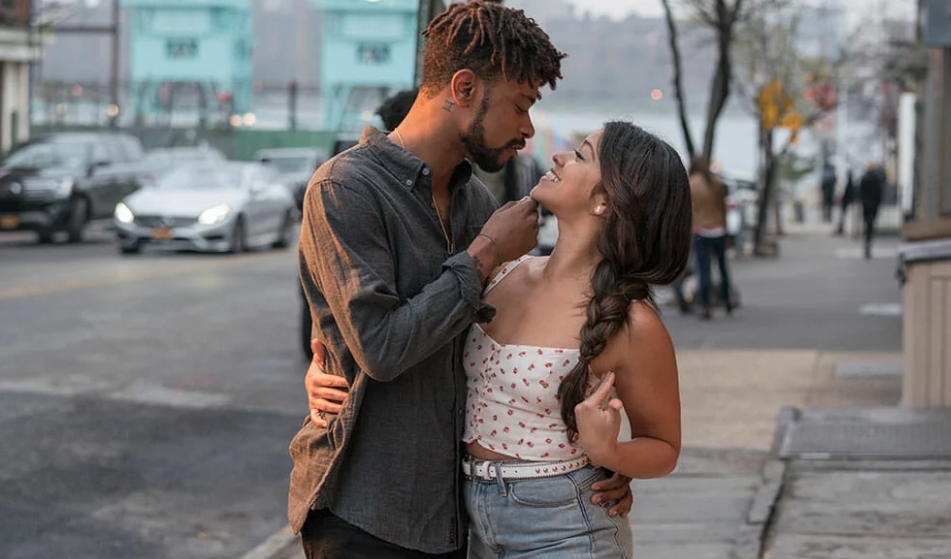 Writer Megan Nolan bravely ventures into the latest Netflix Original releases, in an attempt to figure out if anything is even worth our time anymore. This week, it’s two romcoms: The Perfect Date (bad) and Someone Great (good!).

Writer Megan Nolan bravely ventures into the latest Netflix Original releases, in an attempt to figure out if anything is even worth our time anymore. This week, it’s two romcoms: The Perfect Date (bad) and Someone Great (good!).

After a recent run of Netflix films which ran the gamut from tedious to unwatchable, I had been quietly pinning a lot of hope on this. After all, it stars Noah Centineo – he of 2018 sweet-hearted hit To All The Boys I’ve Ever Loved, and broad-shouldered boyfriend of the internet. Honestly, I was a bit less enthused by that film than many of my romcom compadres were, finding it a bit too sweet and without much to root for, but like everyone else I giggled and blushed at the screen every time Noah appeared.

He didn’t help matters by immediately assuming the public persona of a cartoonishly soppy boyfriend, tweeting things like “What is the definition of “smitten”? Me, right now, in this airport, dreaming about a stranger.” Noah, be real, was the stranger actually me? I felt a little gross for having this crush on what appeared to be a literal teenager, but was relieved to find he was actually 21, therefore conforming EXACTLY to the “half your age plus seven” rule that gross men use to justify dating undergraduates. But I’m a woman so when I do it it’s empowering, actually.

The next Netflix vehicle he starred in was the depressing Sierra Burgess Is a Loser, the less said about which the better, but I assumed The Perfect Date would be fun and cute. Reader, how wrong I was! It’s marginally better than Sierra Burgess, but what it lacks in actively disturbing plotlines, it makes up for in sheer mind-numbing boredom.

Noah plays the farcically titled “Brooks Rattigan”, a lower-middle-class hottie working in a sandwich shop and dreaming of ways to afford Yale. He stumbles on a way to make serious cash and reach his bougie aspirational dreams with an app, which rents him out as stand-in date or boyfriend to anyone who can afford it. He’s an escort, literally, without the sex.

The squeaky clean sexless vibe is hamfistedly established by his best friend and app developer Murph (played by Odiseas Georgiadis, and unfortunately another sidekick character who is a pointlessly, tokenistically gay person of colour – we see you Netflix!) calling him a hooker and Brooks responding “I AM NOT SLEEPING WITH THEM”. This is perhaps the only believable part of the whole movie. Oh, honey, nobody is having sex in, near, or around this film. Nobody on the set, cast nor crew, had sex for the entirety of the shoot. Genitals shrivelled up and smoothed over into Barbie and Ken doll mounds just because this film was made. It’s the most neutral, dull, chemistry-free thing I’ve ever seen.

The female love interest Celia (Laura Marano) is an absolutely generic “troubled rich girl” type whose fathomless depths are expressed exclusively through her mildly dyed hair and Forever 21 leather jacket. She’s not like all the other girls: in what way she differs, the film neglects to communicate… but she’s not, okay?

There is some gesture, finally, towards discouraging superficial aspiration towards wealth. Brooks realises dating all the rich glossy girls who had hired him through the app was never going to make him happy. But the useless love interest he ends up with is rich too, so who cares? It ends with Brooks deciding to go to a local college where he has a full scholarship instead of trying to make it to Yale. What? You’ve had a full scholarship this whole time anyway? What were you whining about then you entitled freak?

WORTH A WATCH WHEN HUNGOVER/ DRUNK? Just about passable as hangover Sunday fodder to fall asleep to – I watched on a horrific comedown and it was alright for that.

And now, I am so pleased to present to you an actually good Netflix Original film, which it feels I have not done in so long! Someone Great is a genuinely enjoyable, moving romcom/ anti-romcom, with a lovely cast that made me smile and cry, and it even has a banging soundtrack. The debut of writer and director Jennifer Kaytin Robinson, it’s loosely based on her own experiences as a music writer in New York City.

Gina Rodriguez of Jane The Virgin plays Jenny, a music journo nearing 30 who’s just been offered her dream job at Rolling Stone. The catch is, it means moving to San Francisco and ending her nine-year relationship with Nate (Lakeith Stanfield), the boyfriend she met in college and spent her 20s with. The day after he dumps her, she corrals her two best friends, Erin (DeWanda Wise) and Blair (Brittany Snow) into one last night out in the city which has been her home and the setting of her great love affairs with music, Nate, and with the both of them. Erin and Blair are on the brink of their own romantic transitions, Erin dithering over whether to commit to her girlfriend and accept that she is an actual adult, Blair trying to find the impetus to move past the irritating long-term boyfriend she can barely stand.

Lakeith Stanfield as Nate has a small part in some ways, appearing on screen in fleeting glimpses of the past which haunt Jenny as she makes her way, heartbroken, around the city. But, damn, he is so beautiful, so expressive, so convincingly That Boyfriend who obsesses you and is actually worth it for once. He is a joy to watch; Noah Centineo could never.

There is no great plot here: it feels not unlike the minutiae-driven pleasure of Broad City, and owes a debt to that show for its portrayal of close, gross, funny female friendship in flux. There’s a lot to laugh at, but it also does a seriously good job showing the reality of a long term relationship breaking up; all the regrets, the incomplete futures you had planned which will never come to fruition now, the unbearable dual knowledge of how good it once was, and that it nevertheless can’t continue. It really made me sad – but as Jenny says, “it’s a good sad.”

WORTH A WATCH WHEN HUNGOVER/ DRUNK? I put off watching this for a few days when I was hungover cause I knew it would make me HOWL, so depends on whether you’re down for that or not. I opted for a neutral sober Tuesday evening in the end and still had a good old sob.

Linkedin
RELATED ARTICLES
OTHER ARTICLES
With the UK now set to run out of vaccines, people working in the sex industry – particularly outside of major cities – have been left especially vulnerable, reports Brit Dawson.
Protestors gathered outside Downing Street following the latest atrocities committed by Israel against Palestinians living in the besieged strip.
To mark the premiere of his new documentary on surfing giant Gerry Lopez, the filmmaker and former pro skateboarder sits down to share his unique brand of wisdom.
One year on from the fall of Afghanistan to the Taliban, Tiara Ataii speaks to those who have been forced to make the treacherous journey to Europe for safety, and the barriers and horrors they have faced.
Photographer Bud Glick recounts documenting everyday life in the area, and what it taught him about the Chinese immigrant experience.
Students are being left to languish in unsafe housing, in some cases leading to serious health complications.