Art & Culture / Film / What Netflix did next: puke, maggots & amputation 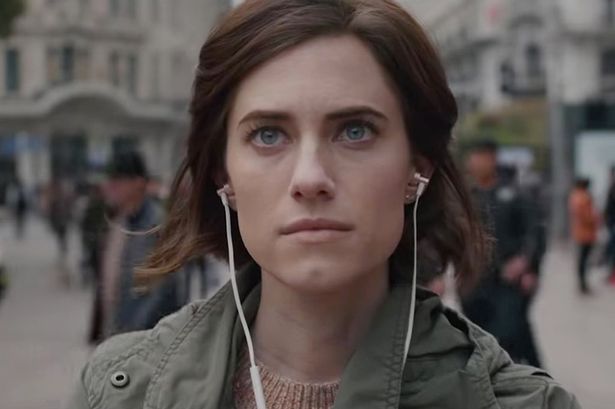 Writer Megan Nolan bravely ventures into Netflix’s new releases, in an attempt to figure out if anything is even worth our time anymore. This week it’s rape-revenge body horror The Perfection, and the undeniably vapid Good Sam.

Writer Megan Nolan bravely ventures into Netflix’s new releases, in an attempt to figure out if anything is even worth our time anymore. This week it’s rape-revenge body horror The Perfection, and the undeniably vapid Good Sam.

(Spoilers and CN for sexual violence)

When the trailer for The Perfection was aired, showing Alison Williams psychologically torturing a young woman on the side of a deserted road, I saw several people on Twitter remarking that the actress had found herself a rather particular post-Girls career niche: playing the role of evil white girl who torments black people. Williams, of course, played Rose in Jordan Peele’s brilliant horror/ psychological thriller Get Out, with an eerie blank white smile, a glass of milk in one hand and a rifle in the other. The Perfection is another film, like Get Out, which takes a real, pervasive social ill and makes an operatic horror out of it, but it does so far less successfully. It’s a big brash ridiculous thing, full of cheap thrills and nonsensical twists and joke-shop gross-out moments, projectile puke and maggots and amputations.

Some reviewers have found it really offensive; its absurd, flippant tone jarring with the subject matter it deals with. For me, it was so blatantly B-movie that I couldn’t be mad at it for this. It has no nuance, sure, but I don’t think it has any pretensions to either. Getting upset at a film like this for not being credibly feminist is a bit like getting upset at romcoms for being heteronormative; sure, yeah, but what did you expect? With The Perfection, you can take it for what it is – a silly, coarse and entertaining rape-revenge fantasy – or you can leave it, most understandably.

Williams plays Charlotte, a teenage prodigy cellist whose mother falls ill, forcing her to quit an exclusive music conservatory, run by the aloof, authoritative Anton (Steven Weber). Having lost 10 years of her life to being a carer, when her mother finally passes away she seeks out Anton and her old life, all too painfully aware of the potential she was forced to squander. A new, younger master cellist, Lizzie (Logan Browning) took her place when she left and went on to achieve all the renown that was rightfully Charlotte’s. The first part of the film shows us Charlotte and Lizzie’s first encounters, a hasty (unconvincing) erotic connection charged with jealousy, followed quickly by a sickening freefall into visceral body horror. After this come the twists and turns which make this watchable despite being pretty stupid.

Is it problematic? Naturally. You can easily tell this is made by men. It’s impossible for a crass film like this to avoid making the violence in question part of what titillates the viewer – although to be fair, there are no explicit representations. It’s 90 minutes of gotchas and creepy soundtrack strings and, latterly, a risible flood of extreme violence perpetrated by two beautiful queer women against their abusers. So, yeah, even though it’s no good, it’s still pretty enjoyable.

WORTH A WATCH WHEN SOBER? Yes, with the caveat that it should be avoided if you can’t stand sexual violence plotlines or body horror.

WORTH A WATCH WHEN HUNGOVER/ DRUNK? The gross-out stuff would be too much for me with a hangover.

This completely bad, thick, syrupy film is exactly what Netflix needs to be making more of and I am not being sarcastic when I say that. It occurred to me this week, watching two undeniably vapid bits of shit which I nonetheless enjoyed, that the very nature of what Netflix is means that they should be focusing on pumping out tasteless, by-the-numbers films like this one. I don’t actually want to watch a good film in the way I consume Netflix films. I go to the cinema to see good films, or if at home, make an effort to watch it in reasonable conditions on a screen bigger than a laptop. Netflix, bathe me in the light of this exact kind of disposable tosh targeted at dumbasses more often, I beg you.

Good Sam is basically exactly like one of Netflix’s famously amazing/ terrible holiday films, except there’s no holiday. It has a love story, a tragic death, a mystery, a quasi-villain and an unquenchable belief in the goodness of humanity. Kate (Tiya Sircar) is an ambitious young reporter who generally covers disasters and tragedies, assigned unexpectedly to a good news story about money being left anonymously on the doorsteps of random people in New York by a mystery figure who comes to be known as Good Sam. The money always seems to arrive at just the right moment, and the recipients are so touched by their good fortune that they too spread it around. Kate becomes obsessed with the story of Good Sam, challenging as it does her previously held belief that all human beings are basically selfish and bad.

Some other stuff happens, she tries to find the mystery benefactor, there’s a story about a tragic boat accident, there’s a really hot firefighter with a glint in his eye and a tragic past. I honestly barely remember what happens in the film even three days after watching it but I do remember the immense sense of mindless cosiness which enveloped me while watching it. Good job.

WORTH A WATCH WHEN SOBER? If you have children aged around 11, yes. Otherwise no.

WORTH A WATCH WHEN HUNGOVER/ DRUNK? Ideal hangover crap. I watched while crippled in bed from a double whammy of a massacre of a period and a hangover which left me feeling like my brain was bouncing, brittle and withered as an old bone, around my skull. Really worked.

Linkedin
RELATED ARTICLES
OTHER ARTICLES
Photographer David Hoffman recalls documenting the extreme wealth inequality around Tower Hamlets and Hackney int the 1980s.
The author discusses the all-consuming nature of heartbreak, and turning the experience into an incisive exploration of love and loss.
For decades, an area of East London has served as a community hub for Vietnamese people looking for a taste of home.
The past five years have seen a staggering increase in foodbank usage across the UK. Now, staff fear things are set to get much worse.
Proposals to introduce a minimum GCSE threshold for student loans will disproportionately affect those from marginalised backgrounds.
In the latest instalment of Photographers in Conversation, the chronicler of raves, protests and beyond explains why he’s drawn to such specifically visceral environments.