Art & Culture / Film / What Netflix did next: Scottish revenge & a severed penis 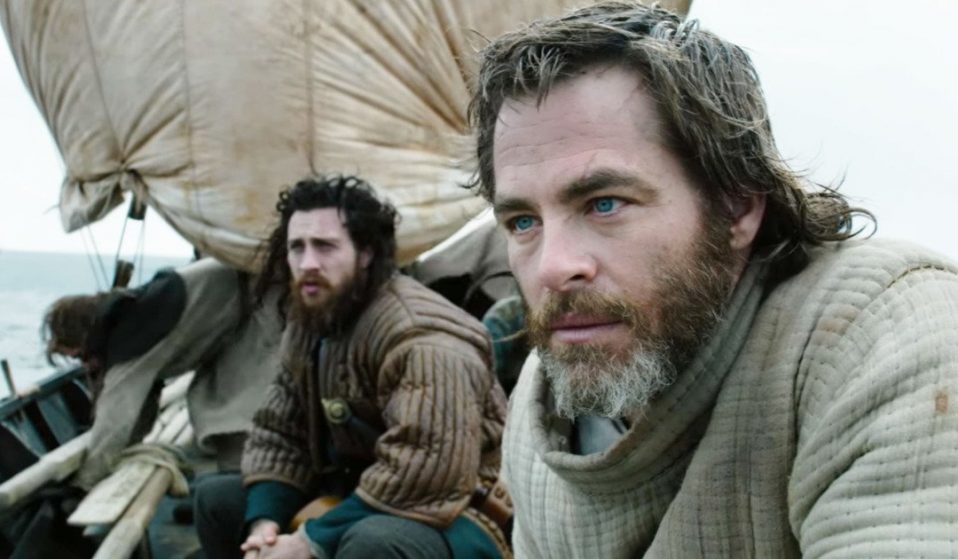 Writer Megan Nolan bravely ventures into the latest Netflix Original releases, in an attempt to figure out if anything is even worth our time anymore. This week, it’s historical drama Outlaw King and gross-out teen romp The Package.

Writer Megan Nolan bravely ventures into the latest Netflix Original releases, in an attempt to figure out if anything is even worth our time anymore. This week, it’s historical drama Outlaw King and gross-out teen romp The Package.

I don’t really get on with old stuff, no matter how bastardised for popular consumption. Can’t watch Downton; laughed at Lincoln; don’t get me started on Gladiator. I’ll try and give it a fair go but as soon as I hear someone wittering on about their lord or their tithe or whatever I compulsively roll my eyes.

I’m not bragging about this. While there are plenty of genuinely dreadful simpering Merchant Ivory-lite historical shit-shows, I don’t think my resistance is really about quality or critical consideration. I suppose it’s a fundamental failure of imagination on my part, an inability to really believe that people who lived hundreds and hundreds of years ago were basically the same as people about now. I can’t see how it relates to me, the protagonist of reality, and therefore I don’t find it very engaging.

I actively despise fantasy for much the same reason. When I revealed I had never watched Game of Thrones to a mate a few years ago, he tried to sell it to me.

“Isn’t it like…wizards and made up stuff?” I asked sceptically.

That was it for me; my brain was going. “But there ISN’T a dragon is there. There aren’t any. Someone’s just made that up out of nowhere.”

And I settled back down for a churlish, narrow-minded lifetime of kitchen sink dramas and romantic comedies.

Anyway, for these reasons, I wasn’t looking forward to Outlaw King. “Ugh,” I thought as it began, “look at these stupid haircuts. As if. Stupid-looking king saying stuff about covenants and that. I don’t careeeee.”

Outlaw King is about Scottish warrior Robert The Bruce (Chris Pine) in the 14th Century, leading a guerilla-style rebellion against the English pricks who’ve occupied his country. Things eventually get gory, and a David and Goliath struggle ensues. When his wife Elizabeth (a distractingly luminous Florence Pugh) and daughter Marjorie are captured, things amp up. Brucie means business, baby!

I reckon it’s a laugh, for people who like this sort of thing. It’s gleefully violent in quite an entertaining way. It’s funny seeing the wet Prince of Wales squirming around in the dirt. Chris Pine and Aaron Johnson are both fit as hell, and convincingly filled with righteous fury.

The scene where Robert and Elizabeth have sex using a thistle as a titillating prop is genuinely quite sexy for a minute, if you can suspend your disbelief long enough to accept that a man in 14th century Scotland can bring a virginal woman to orgasm through seven seconds of missionary penetrative sex. However, I want to clear something important up: There’s been quite a lot of chatter about seeing Chris Pine’s dick for a moment, and I can report back that you can barely see it even zoomed in all the way. You’re welcome.

WORTH A WATCH WHEN SOBER? Seems ideal fodder for a lazy afternoon over the Christmas hols with your Dad.

From a camera-shy dick, to one all too terribly visible.

The Package is a gross-out teen romp. You know the kind: the spawn of American Pie and Not Another Teen Movie and Eurotrip and so on. The premise is a group of friends who are on a camping trip when one – Jeremy (Eduardo Franco) – accidentally chops his dick off. After he’s hospitalised, the others have 12 hours to retrieve the severed organ and return it before it’s too late for reattachment surgery. As you can imagine, scrapes and shenanigans are to follow!

I don’t really understand what the point of these films are, but then I assume they’re not made for me. Are they for teenage boys? Do teenage boys still sit around and watch a film together? Do they …like this kind of thing? Why?

I know people say similar things about horror – why would you want to make yourself feel an unpleasant feeling? – but being terrified in a safe context can make me feel alive in a thrilling way. Feeling physically nauseated, on the other hand, doesn’t.

The severed penis is rarely off-screen. It appears in dozens of grotesque contexts, withered and dying and disturbingly realistic. As you can imagine, a crass film about a boy having his dick cut off has more homophobic and transphobic nastiness than you can keep track of. There’s not a heart of some kind, as there was in American Pie, and it isn’t funny, so the only reason for watching it is if you enjoy being viscerally disgusted.

And I suppose by that measure it does succeed: one image of the penis covered in lurid yellow vomit with an enormous centipede crawling over it is now as indelibly burned into my brain as the eyeball being sliced in Un Chien Andalou.

WORTH A WATCH WHEN SOBER? Under no circumstances.

WORTH A WATCH WHEN HUNGOVER/ DRUNK? Maybe? If you’re a teenage boy? Idk I haven’t spoken to one in ten years.

Linkedin
RELATED ARTICLES
OTHER ARTICLES
The author discusses her new memoir, which offers a sobering reflection on the racism and otherness she’s experienced along with a joyful celebration of her culinary heritage.
Yesterday, rail workers came together to protest poor pay, working conditions and job cuts in their latest round of strikes.
With the Women’s Euros in full swing, last week saw glorious, sweaty celebrations take place in a dedicated, safe space for female and non-binary fans.
The Conservative leadership contest has exposed an obvious truth: whether our next prime minister is a woman, or a British-Asian man, they will continue to fan the flames of division.
Photographer Anne-Marie Michel captures the women who through determination and strength are forging their own way in a male-dominated industry.
After rewriting the indie rulebook with her devastating songs about romantic longing, the singer-songwriter is now imagining a future in which the artist is no longer a product.