Art & Culture / Film / What Netflix did next: Mötley Crüe and a lot of cocaine 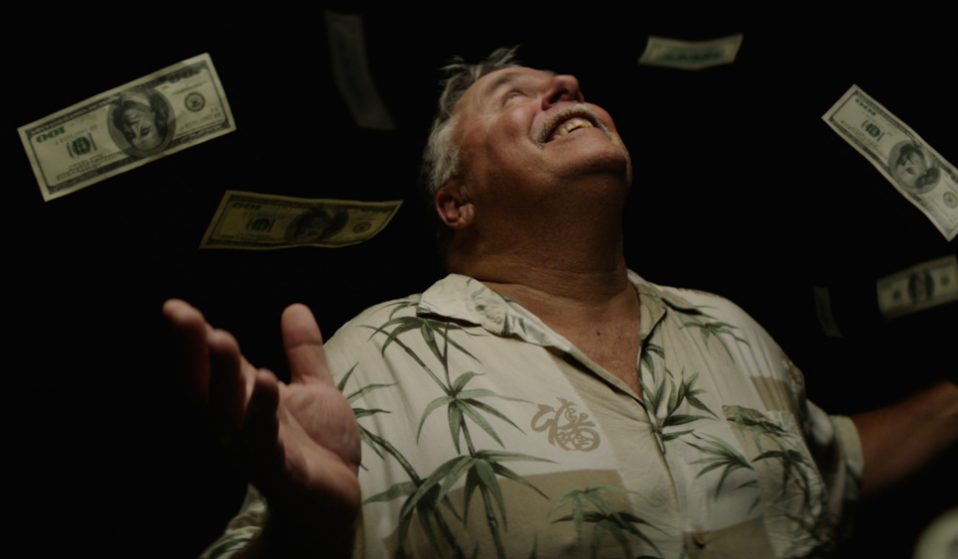 Writer Megan Nolan bravely ventures into Netflix’s Original releases, in an attempt to figure out if anything is even worth our time anymore.

Writer Megan Nolan bravely ventures into Netflix’s Original releases, in an attempt to figure out if anything is even worth our time anymore. This week, it’s ridiculous rock biopic The Dirt and drug odyssey doc The Legend Of Cocaine Island.

I couldn’t name or even hum a single Mötley Crüe song, but they did have a stark and harrowing impact on my sexual awakening as a child. I was reading one of those glossy Dad Rock magazines like Q or Mojo when I was 12 or so, and it quoted an excerpt from The Dirt, the famously excessive tell-all autobiography recounting all the band’s kerr-a-zy antics. The passage in question involved Tommy Lee taking two women out to dinner and then penetrating them under the table with an empty wine bottle, a detail too profoundly reality-shattering for my pubescent brain to comprehend or, evidently, ever forget. “Is… is that what sex is like?” I wondered frantically. “Indeed, is that what… fancy restaurants are like?”

Anyway, this adaptation of the book is winning all manner of scathing reviews, for being irrelevant and archaic and just plain trashy. To which I say: I agree, and it’s epic. Don’t get me wrong, it’s a bad and stupid film and doing almost literally anything else would be better for you than watching it, but at the same time, is it so stupid that it made me laugh quite a few times? Frankly yes!

It’s madly atonal, edging towards Spinal Tap-esque self awareness at times but never quite committing, then careening back to the weirdly po-faced angsty drama, rendered so poorly that no matter what atrocity is taking place you can’t help but smirk at it. Genuinely even the part where a child dies of cancer is so overwrought and mad that you can’t take it seriously or be sad.

In its favour, Douglas Booth as Nikki Sixx could certainly, and is far more attractive than any of the actual band members. What’s mind-boggling is looking back at that time, the way they looked and dressed and acted, and thinking, “This? This is what made thousands of women want to shag you? You’re wearing a large top hat emblazoned with “ROCK” spelled out in diamonte studs.” However, Douglas Booth does also have the smooth and perfectly structured, exquisitely maintained face of what he is – which is an English boy with a dad who was the director of Deutsche Bank. He looks posh, basically, and not like someone who snorts heroin off a stripper’s nether regions in a toilet.

Booth as Sixx has the film’s best moment, a moment so utterly pure and stunning that I rewound to play it four times over. Vince Neil’s just been in a car crash in which English drummer Razzle was killed, and Sixx is explaining why he hasn’t been around to support him. “I’d fallen head over heels in love,” a ponderous voiceover whispers, as he sits in a dimly lit club booth with a naked woman swaying in front of him. “And she was the sweetest thing I’d ever known. She made me feel all the warmth and happiness I never knew as a child. Her name…….was heroin.”

That’s just good stuff, I’m sorry! You thought it was the woman with the bare arse, but it was the tray of heroin she was holding!

WORTH A WATCH WHEN SOBER? Absolutely not, but yes at the same time

WORTH A WATCH WHEN HUNGOVER/ DRUNK? Yes, it’s so bad that it will make you feel  nothing at all, so good hangover fodder

The Legend of Cocaine Island

This is an over-produced but funny and inventive documentary. It unfortunately relies on far too much reconstruction, but it’s a good story with enough bizarre turns and characters that it’s worth a watch. Rodney Hyden was one of the many who lost everything after the 2008 recession. Formerly a thriving housing contractor with a fancy house and a boat and all that good stuff, he and his wife and daughter moved to a double-wide on a dirt road in Florida when it all came crashing down. There he made the acquaintance of various local oddballs, one of whom had an incredible story.

Julian, a simple-living old hippy, was vacationing in Puerto Rico when a waterproof bag filled with cocaine surfaced. Not knowing what to do with it, he buried it and went back home to Florida. For fifteen years, the story was a local legend, but nobody made any attempt to retrieve it, until Rodney, driven to the end of his tether by financial desperation, hatched a plan.

I think I liked this film despite its flaws because Rodney is such a compelling, empathetic person, and also such a big idiot. When he makes connections with local drug dealers, he is openly awed by the aesthetic trappings of being a gangster – the clothes, the booze, the smooth talk. He starts manically parroting Scarface quotes at one point in excitement. He is no natural criminal, just someone who stumbled upon a once-in-a-lifetime chance for a payday. Despite imagining that we might slip smoothly into an Ocean’s Eleven-style groove were we thrust into such a position, the reality is that we would all be like Rodney – making a tit of ourselves by asking for a go in the druglord’s private jet.

WORTH A WATCH WHEN HUNGOVER/ DRUNK? Yes tbh! We stan an entrepreneurial but bumbling would-be criminal.

Linkedin
RELATED ARTICLES
OTHER ARTICLES
The author discusses her new memoir, which offers a sobering reflection on the racism and otherness she’s experienced along with a joyful celebration of her culinary heritage.
The government’s brutal crackdown on NGOs has left victims of rape without anywhere to seek help. And now, as the country plays a key role is Russia’s war, things are only getting worse.
Students are being left to languish in unsafe housing, in some cases leading to serious health complications.
Photographer Bud Glick recounts documenting everyday life in the area, and what it taught him about the Chinese immigrant experience.
With the UK now set to run out of vaccines, people working in the sex industry – particularly outside of major cities – have been left especially vulnerable, reports Brit Dawson.
Ahead of the release of his new album, the producer reflects on his battle with drug use, getting into painting and what Madonna taught him.