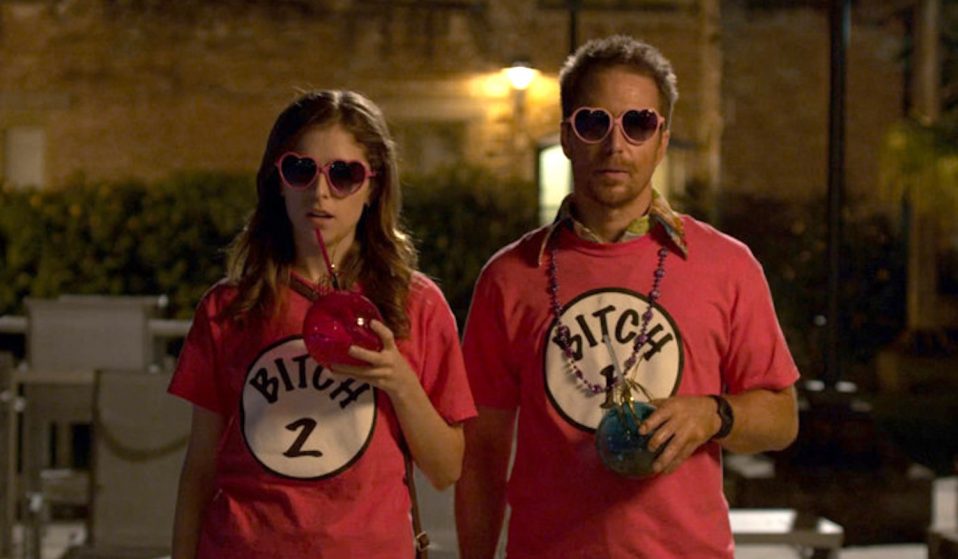 Writer Megan Nolan bravely ventures into Netflix’s new releases, in an attempt to figure out if anything is even worth our time anymore. This week, it’s In The Shadow of the Moon (bloated, muddled) and Mr Right (Sam Rockwell, hot).

Writer Megan Nolan bravely ventures into Netflix’s new releases, in an attempt to figure out if anything is even worth our time anymore. This week, it’s In The Shadow of the Moon (bloated, muddled) and Mr Right (Sam Rockwell, hot).

In The Shadow of the Moon

This film, I predict, will be largely cast adrift among the coming wave of prestige Netflix Autumn releases which have dominated their advertising and press space. There is to come, for instance, The Irishman; a three and a half hour Scorsese movie following Frank “The Irishman” Sheeran and his alleged career as a mafia-adjacent hitman, starring Robert De Niro and Al Pacino. There is, too, The King, fuzzily based on Shakespeare’s Henriad trilogy and starring Timothée Chalamet as a newly crowned Monarch, a film I foresee being little more than an epic generator of beautiful gifs (Timothy angling an exquisite cheekbone in rebellion, sneering gracefully at the kingdom’s enemies).

These are films which will be reviewed seriously and watched widely, so it’s no shock perhaps that In The Shadow of the Moon, which will not, suffered a fairly indifferent reception and no publicity campaign to speak of. It is a fair turn of events, all told; a bloated, muddled film, with no major stars and not much sense. And yet! I am here to argue its case.

If it’s a silly film, it’s also pleasingly ambitious in its narrative aims even when it utterly fails to execute them. If it includes three or more disparate genres in one two-hour film, it also seems to really like those genres in a way which, in turn, makes me like it. Perhaps most notably for a Netflix original, it has an aesthetic sense of itself and does not share the browbeaten flatness and dull palette of most films from the platform.

So, to the silliness: it feels like a serial killer film to start with, an edgy sub-Se7en noir type of affair, with Boyd Holbrook as Tom Lockhart, a young cop angling to make detective to more comfortably support his heavily pregnant wife. One night he and his partner become embroiled in a bizarre case: across Philadelphia, three people have died within moments of each other with identical MOs. All reveal puncture wounds and have – not to put too fine a point on it – have had their brains leak out of their orifices. Chasing the young, shaven-headed woman responsible, Lockhart accidentally kills her.

Or has he?? Course he hasn’t. Or he has in a way, but not in another, because time travel. Yes, time travel! This is where it begins to go a bit loopy and to get more interesting. Every nine years, the same crimes take place, the suspect identical, mystifying police and sending Lockhart mad. There’s more to it, a lot more, but I think the less you know going in the more fun it will be.

Don’t get me wrong, there’s plenty that doesn’t work here (chiefly, that there just isn’t time to give a major subplot about supremacist violence the attention it deserves. More minorly, why does every Badass Woman from the future have to have a shaved head?). But, in its defence, it appears to be actually trying for something aside from the most prosaic possible completion of a financial project, unlike so many Netflix films.

WORTH A WATCH WHEN SOBER? Yeah!

WORTH A WATCH WHEN HUNGOVER/ DRUNK? Might make your brain fizz a bit but ultimately, yes.

Released in 2015 and newly acquired by Netflix, Mr Right had until now flown entirely under my radar, which is both surprising and a pity as I badly fancy Sam Rockwell and have often wished his louche charms and appealingly sleazy smile were better utilised by the romantic comedy industrial complex.

This film makes nice use of Rockwell, and okay use of his co-star Anna Kendrick. Kendrick is a likeable sparky actor who I have been quite-liking but not-loving in things for 10 years now. I admired her, for instance, in the 2009 George Clooney movie Up In The Air, and expected to see and like much more of her but have never quite been bowled over by any of her appearances.

Here, she plays recently heartbroken Martha, let down by lothario exes, feeling stuck and safe in her little world. Still in the middle of her break up haze, she collides in a supermarket with Francis, an eccentric spontaneous weirdo who she kindles a life-reviving whirlwind romance with. What she doesn’t know is that Francis is a sort-of-reformed hitman; he’s got sick of his horrible clients and begun killing them instead of their targets. In an amusing recurring gag, he never conceals this from Martha, telling her he’s “…just going outside to kill a guy” for instance, but she receives these as ironic jokes instead of the literal truths they are.

As a rom-com, it’s sweet and well balanced, and the two leads have an enjoyably easy chemistry which is a pleasure to watch. It’s on slightly dodgier ground when it transitions fully into action sequences and it all gets a bit smugly Mr and Mrs Smith for my tastes. There is, too, something intangibly irritating about Kendrick’s performance, a reflexive ironic bounce to each sentence in a recognisably Quirky Girl mannered style.

WORTH A WATCH WHEN SOBER? Not quite.

WORTH A WATCH WHEN HUNGOVER/ DRUNK? Quite ideal for a hangover, I think, between the cutesy romance and the brain-enlivening interspersions of stylised fight scenes.

Linkedin
RELATED ARTICLES
OTHER ARTICLES
Photographer Sean Maung reflects on documenting a small town in Pennsylvania afflicted by high levels of unemployment, poverty, violence, crime, and addiction.
The pro skateboarder withdrew from the 2020 Olympic Games so he could come out as trans. Now, he’s hoping to encourage others to live as their authentic selves – within the sport and beyond.
Zsófia Sivák’s ongoing project documents the country’s tavern culture, preserving a once defining part of rural life.
A new law change is enabling Britain’s donor-conceived children to know the truth about their origins – but campaigners say the fertility industry must do more to protect people.
Campaigners reflect on what the supreme court’s decision to allow buffer zones in NI means for the future of reproductive rights in the UK.
Taking us through one of the most dynamic years in recent history, Laylah Amatullah Barrayn new photo book contains tender yet confrontational portraits.