Art & Culture / Film / What Netflix did next: turkey, dumplings & stuffing 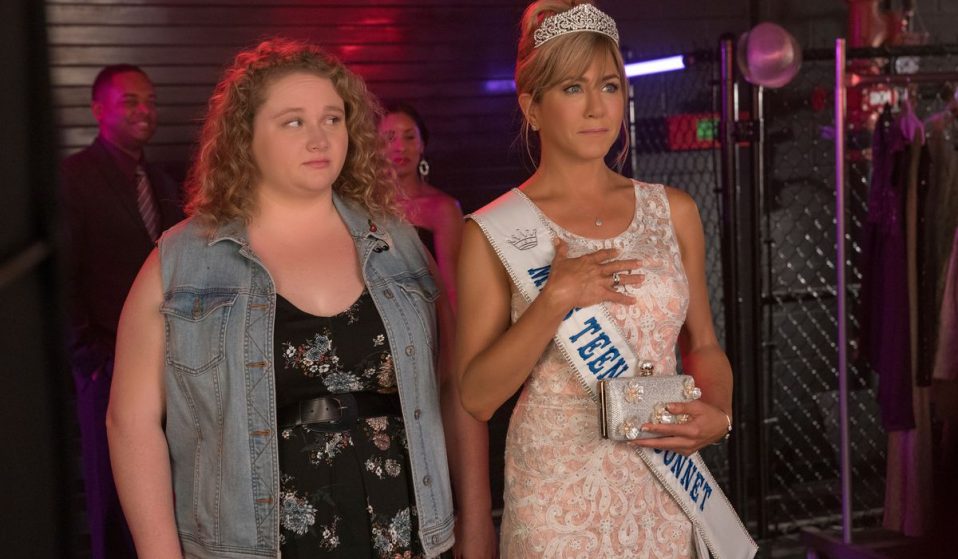 Writer Megan Nolan bravely ventures into the latest Netflix Original releases, in an attempt to figure out if anything is even worth our time anymore. This week, it’s body positivity drama Dumplin’ and wholesome Christmas yarn The Holiday Calendar.

Writer Megan Nolan bravely ventures into the latest Netflix Original releases, in an attempt to figure out if anything is even worth our time anymore. This week, it’s body positivity drama Dumplin’ and wholesome Christmas yarn The Holiday Calendar.

Christmas is a very important time of year to me. It’s the only time I see my family for more than a day or two at a time, the only time in which I have the luxury to settle back into my hometown in a substantial way. I retrace routes from old houses now unlived in, up past the gates of my school, where I stand with a bittersweet longing to go back in and close my eyes in the chalky smell of the art room or hide in the cemetery smoking as I did back then.

It’s not just nostalgia for home which makes me prize this period above all others; it’s also that it acts as an effective pause button. From the time I left home, I gathered chaos, accumulated tedious, grinding troubles either too self-inflicted or too terrible to talk about. And at Christmas, I feel suddenly that there is no need to talk about them or to think about them at all. When I come home for Christmas, a truce is called between the warring sides of myself, an amnesty announced on sadness and financial worries and responsibilities and health crises.

I have the ability to switch it all off for these few weeks. I know, of course, that it’s all waiting there for me on the other side, ready to strike twice as cruelly as before to make up for me ignoring it. I know it can’t last, but there’s a kind of magic in the suspension, in my ability to create a blank space free of reality, nuance, or forward-thinking. When I’m home for Christmas it’s a white-noise sensory deprivation chamber, I’m safe and warm and nurtured at last – barely a thought in my head, immediate as an infant, and not even the knowledge of its brevity can detract from how real and how powerful that is.

The Holiday Calendar is a cute nice film which will wash over you, white-noise-like, for its duration. Everyone in it is cute and nice, even the unsuitable love interest. Kat Graham plays Abby, a thoroughly adorable small town girl who hasn’t yet spread her wings and made the most of her talent for photography. When Abby’s cute and nice (and hot) best friend Josh (Quincy Brown) comes back into town, awash on the buzz generated from his travel blog (relatable career feels I think we can all agree), it serves to remind her her life isn’t moving in the direction she wants it to.

Her Gramps (Ron Cephas Jones, who plays Randall’s biological father in tearjerker television masterpiece This Is Us and is a, shall we say, GILF) gives her a gift of an advent calendar which used to belong to her grandmother. But the calendar is not all it seems… it’s haunted or something! But in a nice way! Each little charm that gets revealed every day ends up corresponding to an event in Abby’s life, leading her on a merry dance to Christmas cheer and self-actualisation.

It’s obvious from the first two minutes that Abby and Josh will end up together. But along the way, there’s a doomed romance with the most boring man in the world, Ty (Ethan Peck). In another film, this unworthy suitor would be conniving or greedy or otherwise villainous, but in this pleasant soup of mildness he’s just not quite right for her. They even have a conciliatory conversation making sure they’re both okay before the film ends. Nice, cute. Cute and nice.

Park your thoughts firmly at the door, let this fuzz insulate your brain for a few hours and be at peace.

WORTH A WATCH WHEN SOBER? Yes, cosy, cute’n’fun.

WORTH A WATCH WHEN HUNGOVER/ DRUNK? Yes 🙂

I’d never heard of the book which Dumplin’ is based on before Netflix announced its release of this adaptation, but having watched it I’ve since ordered a copy and so wish that I’d had one growing up.

A synopsis of “beauty pageant, fat teenage heroine, Dolly Parton soundtrack, Jennifer Aniston” was enough to make me pretty sure I was going to love this – and I was not wrong. In many ways, it’s a conventional corny teen film, but the breaking of convention which underlies its narrative structure make it moving and – for many fat people – thrilling to watch.

Danielle MacDonald plays Willowdean – Dumplin’ to her mother – a good-hearted girl with an alluring line in sarky insolence growing up in Clover City, Texas. She’s recently been bereaved of the beloved aunt, a fat woman too, who introduced her to the magic of Dolly Parton and self-acceptance. Willowdean is a little at sea.

Her mother is Rosie (Jennifer Aniston), a former beauty queen who takes pride in coordinating the yearly high school pageant and fundamentally doesn’t get what the hell Willowdean is about. Her best friend Ellen (Odeya Rush) is marvellous and a kind, considerate friend, but is also a standard and slim hottie who doesn’t quite comprehend some of the particularities of Willowdean’s situation as a fat girl in a world which rewards the thin. When Willowdean discovers that her aunt had once started an application to compete in the pageant but never completed it because of insecurity about her weight; Willowdean decides to compete in her honour as a protest against the restrictive norms of the contest and in the process transforms her relationship with her mother and herself.

I think the most striking thing about Dumplin’ is that Willowdean’s fatness isn’t presented as an obstacle, or a tragedy, or even a point of discussion, really: it simply is. She isn’t fat because of some trauma, or because she’s addicted to eating, she’s fat because that’s the way her body is and she doesn’t hate herself enough to torture it into submission.

The film doesn’t pretend that being fat is meaningless or easy, though, which would be insulting. It recognises that it’s difficult to be fat in our society but it doesn’t make this Willowdean’s problem. She isn’t inherently upset by her body, she’s just aware that the rest of the world might be. This dynamic is part of what makes her such a brilliant character, and played so beautifully by Danielle MacDonald, this mix of bad-ass-ness and vulnerability.

There are plenty of hokey parts to the film – a magical queer Drag Queen godmother trope the most notable – but its good nature more than makes up for them. Just lovely.

WORTH A WATCH WHEN HUNGOVER/ DRUNK? Yes, will make you cry if hungover.

Linkedin
RELATED ARTICLES
OTHER ARTICLES
The Conservative leadership contest has exposed an obvious truth: whether our next prime minister is a woman, or a British-Asian man, they will continue to fan the flames of division.
Photographer Bud Glick recounts documenting everyday life in the area, and what it taught him about the Chinese immigrant experience.
A sharp increase in officers armed with the electrical weapon is resulting in serious injuries and deaths.
A new series of photos by Johny Pitts shines a light on communities and subcultures that have all too often been overlooked.
As the Criminal Bar Association enters its fifth week of action, criminal barrister Russel Fraser explains why the legal professionals have walked out and how action is likely to escalate.
Last week, Tower Hamlets council removed its nudity-restricting licensing conditions in a huge win for London’s kink community.