Art & Culture / Film / What Netflix did next: cults & a regressive romcom 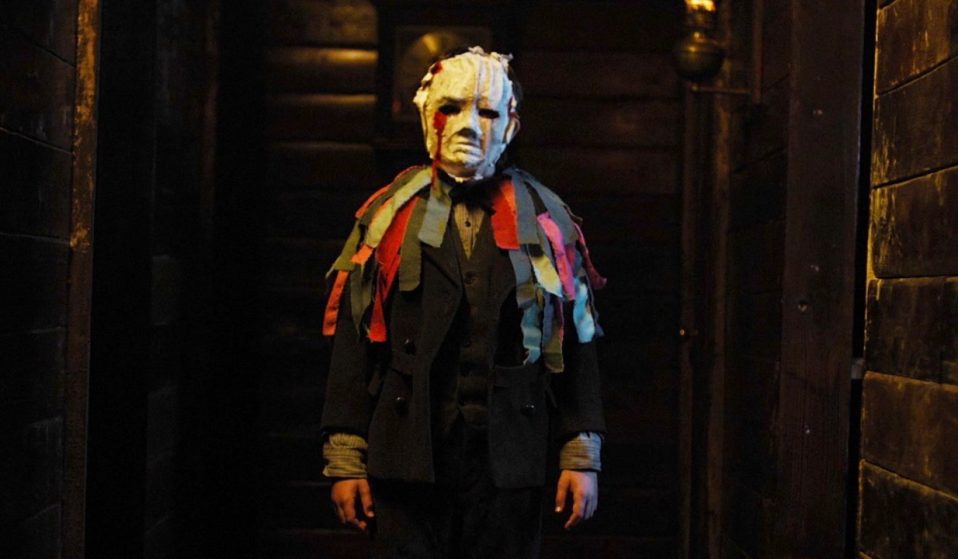 Writer Megan Nolan bravely ventures into the latest Netflix Original releases, in an attempt to figure out if anything is even worth our time anymore. This week, it’s Wickerman-esque horror Apostle and nonsensical teen comedy The Kissing Booth.

Writer Megan Nolan bravely ventures into the latest Netflix Original releases, in an attempt to figure out if anything is even worth our time anymore. This week, it’s Wickerman-esque horror Apostle and nonsensical teen comedy The Kissing Booth.

What is the point of making anything?

It’s a question which occupies my thoughts pretty frequently these days, along with whether it’s remotely possible to justify having children. Part of my tedious doom and gloom comes from my natural apocalyptically-minded disposition, one that’s always been with me, but now there’s the actual climate apocalypse approaching to justify it all too.

I started to believe in art as a sort of alternative to God, when I was a moody Camus-reading teenager and a recently lapsed Catholic. My mind was struggling to comprehend something so final and devastating as the non-existence of an afterlife. Tears of outrage prickled in my eyes when I let myself briefly consider that my father would die, and that I wouldn’t see him again when he did.

I needed some sort of consolation, and so I cobbled together an arrogant thesis about art, and believed that if I could write a good book – just one – that touched other people, then it would justify my life, and it would go on justifying it after my death. Back then, the world after my death seemed a vast, unimaginable, endless horizon. No longer.

I’ve been writing a book for the last two years, am finally nearing its end now, and every day spent working on it was hindered by a prevailing sense that it absolutely did not matter. That there was really no point in making anything. That it was incredible that anybody nowadays could bother to make anything at all, even the greatest of art.

And so it is with a kind of respectful awe we must regard a film like Apostle, a film which confronts you at every turn with the unanswerable question: Why? Why did you make this?

It’s set in 1905, following Thomas (Dan Stevens) onto the island of Erisden presided over by a religious cult led by Prophet Malcolm (Michael Sheen). As you can imagine, all is not quite above board with the spooky cult on the spooky island, and after a fairly prosaic first hour, things start going enjoyably bonkers.

Like much of Netflix’ output, it has the slight feeling of existing just to take up space. It’s not that it’s a bad film, it’s just that it feels and looks so like other, better films that you keep wondering why they bothered. I get that it’s hard to make a horror film about a secretive sinister society on a British island without it smelling of The Wickerman, but this really does smell too much like The Wickerman.

WORTH A WATCH WHEN SOBER? As filler it’s fine, if you’re not expecting anything amazing.

WORTH A WATCH WHEN HUNGOVER/ DRUNK? Nah. Takes a bit long to get going to be any kind of camp rollick.

And then there are films like this one, films which are not – as Apostle is – beautiful to look at and well-acted and merely a bit generic, but instead are actively terrible. The Kissing Booth is terrible. It looks ugly, like an overexposed MTV show from the 2000s. Everybody in it is annoying, as actors as well as characters. And, most notably, it has some of the most regressive sexual and romantic politics imaginable, while simultaneously positioning itself as kinda sassy and woke-lite.

But, but, the hell of it all, the kick-you-in-the-balls sheer unfairness of this world we live in, is that sometimes terrible films like The Kissing Booth are many times more enjoyable to watch than the passably good kind like Apostle.

The Kissing Booth is about a teenage girl, Elle (Joey King) and her best friend Lee (Joel Courtney), who have a long list of rules to help maintain their friendship. Lee has an older brother, Noah, who is, like, totally hot, and also seems to have some quite disturbingly serious anger issues. But, in a hot way?

However, rule number 9 of the best friend code decrees that Elle and Lee aren’t allowed to date each other’s relatives (a rule clearly applicable only to Elle, given that her sole sibling is a silent little boy who appears arbitrarily once or twice for no particular reason. Hey little guy!)

Possibly the only good thing going for this film is that the male best friend isn’t secretly in love with Elle as we might expect him to be. But that then makes his insane demands to control her love life and body even more inexplicable and fucked up? Idk.

Honestly, it’s a nightmare. The hot brother is mad she has a date with some other idiot (whose name is for some reason “Tuppen”. TUPPEN). The best friend is mad because she kissed the hot brother. She veers back and forth trying to adhere to their respective wishes. The hot brother keeps violently beating men who come near her or annoy him. None of their parents seem to mind this, or the parties they keep throwing in their insane mega-mansion.

The Kissing Booth is a largely irrelevant plot device which serves its purpose 40 minutes in and is only revived by people reminiscing “Hey, remember that crazy kissing booth?” every so often. The film literally ends with Elle driving away on a motorcycle saying “And all because of a little kissing booth”. Get over the kissing booth already! It shouldn’t be called The Kissing Booth, it should be called Which Brother Owns My Vagina Today?

I watched this with my best friend Doireann while drinking wine and we enjoyed it, especially screaming WHAAAAT when the guy said things like, “The only thing that I had that he didn’t was you. And now he has that too.” He HAS her? Excuse me?

WORTH A WATCH WHEN SOBER? Uhhh maybe when you’re like only one glass in but you’re going to be drunk pretty soon.

WORTH A WATCH WHEN HUNGOVER/ DRUNK? Yes/ Yes. I’m sorry but it’s true.

Linkedin
RELATED ARTICLES
OTHER ARTICLES
Photographer Alice Mann reflects on capturing the camaraderie and discipline it takes to succeed in a highly-competitive sport.
Jermain Cikic reflects on his experience of visiting the island of Samos, Greece, in the summer of 2021.
In Sheffield, food delivery drivers are fighting back against one of the giants of the gig economy.
In Glasgow, life expectancy is reduced by 15 per cent. In a new project, photographer Kirsty Mackay reflects on the lives cut short.
While the popular news aggregation service has been kicked off Twitter, its demise does not spell the end of digestible misinformation.
With a new bill seeking to further criminalise asylum seekers, the work of a group of volunteers monitoring small boats in the English Channel is all the more vital.