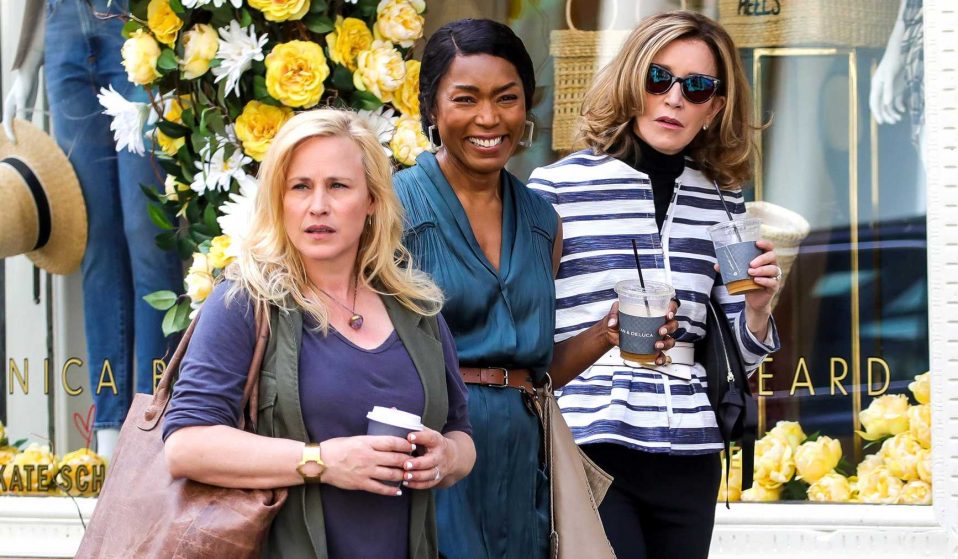 Writer Megan Nolan bravely ventures into Netflix’s new releases, in an attempt to figure out if anything is even worth our time anymore. This week, it’s Otherhood (bored mothers) and American Hangman (creepy tech whizzes).

Writer Megan Nolan bravely ventures into Netflix’s new releases, in an attempt to figure out if anything is even worth our time anymore. This week, it’s Otherhood (bored mothers) and American Hangman (creepy tech whizzes).

A mild, boring film about bourgeois women in their early middle age finding themselves, you say? Simply catnip to me. Otherhood even has a genuinely decent trio of actors in its lead parts, so I approached this with tentative hopes of a First Wives Club-style smash hit, but sadly it’s a load of cheaply produced and poorly written rubbish, AGAIN! Come on Netflix, you’ve got five major new streaming services breathing down your neck! You might want to get a little more pressed about making films which are, you know, fun to watch? I honestly don’t think it can be that hard to make a good film. How can it be this hard? Hire six to 10 attractive charismatic people, make them have fights and romances and say funny things to one another. 90 minutes. Done.

Carol (Angela Bassett), Gillian (Patricia Arquette) and Helen (Felicity Huffman) are three mothers in Poughkeepsie who’ve been close since their sons were little kids in school together. Now the sons are in Manhattan, too busy to call their moms on Mother’s Day. Those damn punks!

The three moms get wine-drunk and hype each other up to go into the city and confront their ungrateful spawn and maybe – just maybe – have a little fun of their own. The three sons are all bizarrely unlikeable in their own ways. Carol’s son Matt (Sinqua Walker) is an art director for a soft porn mag who brings underage girls back to his place and has lost his soul to aesthetics. Helen’s son Paul (Jake Lacy) is a window dresser with an egregious little ponytail (he’s gay but never came out to his mother, leading to an interminable, airless dinner scene in which nothing happens because she already knows he’s gay and doesn’t care, so why have you included the scene in the film, Netflix? Why? It was 10 minutes long and nothing happened). Gillian’s son Daniel is a failed would-be novelist who is bitter and hurt after a breakup, and you just know he gets drunk and goes on the red pill MRA Reddit.

The moms go about trying to busybody the son’s lives, and inevitably go out and get rowdy in a club one time, and the very idea of women above 30 going out and drinking evidently amuses the makers of this film to no end!

WORTH A WATCH WHEN SOBER? No, but it will do at a push.

WORTH A WATCH WHEN HUNGOVER/ DRUNK? Marginally okay enough to keep you sated on a Sunday evening comedown.

Poor old Vincent Kartheiser. Who, you may be asking? Well, exactly. Because he’s not Vincent Kartheiser, the actor. He is Pete from Mad Men. He will always be Pete from Mad Men, until he dies. It’s not his fault. I don’t think you have to be a bad actor to be pigeonholed for the rest of your career. It’s just that Pete was so particular: such a vivid, gross, moving performance, and unfortunately Vincent shares the same characteristics as Pete, his snub nose, his clipped Waspy accent, his snooty gaze. He does fine here in this B-movie psychological thriller, but you never quite stop thinking: “Pete, what are you doing? Don’s gonna bollock you for this.”

American Hangman was released in theatres in January and has lately been acquired by Netflix US, which is a much more fitting home for it than a cinema because it’s Just Fine. It’s a little like a long and not very clever Black Mirror episode, but a bit better than that sounds. It really isn’t as smart as it thinks it is which gets a bit tiresome when the social commentary turns heavyhanded, but it has Donald Sutherland in and it zips along at a merry pace.

Retired Judge Straight (Sutherland) is kidnapped by a creepy tech whizz (Kartheiser) who is livestreaming the whole thing. Creepy tech whizz is putting on a sinister public mock trial to prove that Judge Straight sentenced an innocent man to death. The viewers will decide whether the judge is guilty or not guilty, and if so he will pay with his life. The innocent man who has been put to death was accused of killing a teenage girl, and was tried by media because of having all the hallmarks of the weirdo (strange hobbies, a sexual assault charge, odd appearance).

The film attempts to turn a critical eye on all the different factions of society which caused the miscarriage of justice – the flimsy police force, the cynical newscaster, the gaping, idiotic public – and also to investigate the sort of “What if Pop Idol but for murder?” viewer voting concept. It should really have just stayed in the room with the Judge and his obsessive prosecutor, that’s where all the fun and tension is. Still, it’s a slick enough production which doesn’t out-stay its welcome. Its main draw is the elegant, leonine presence of Sutherland, who really seems incapable of being less than astonishingly good. He is so good, in fact, in this relatively nothing film, that I remembered how good he was in the 1973 Nic Roeg movie Don’t Look Now. Then I Googled it, and it’s showing in a theatre down the road from my house next week, so I bought a ticket. Don’t say Netflix doesn’t inspire a love of cinema.

WORTH A WATCH WHEN SOBER? Not particularly, but you won’t regret it either.

Linkedin
RELATED ARTICLES
OTHER ARTICLES
At his West Bank restaurant, Fadi Kattan established himself as the voice of modern Palestinian cuisine. Now, he’s bringing his innovative, bold flavours to the UK’s capital.
Photographer Becky Tyrell went down to the fading banger and stock raceway to meet a community desperate to keep it alive.
A new podcast is opening up the conversation between trans women and trans amorous men in the hope of building coalitions.
The action took place in response to the 200 asylum-seeking children who were placed in hotels run by the Home Office who have gone missing.
A new law change is enabling Britain’s donor-conceived children to know the truth about their origins – but campaigners say the fertility industry must do more to protect people.
AI companies that develop image-generators using copyrighted artwork from the internet are coming under fire from artists who say that it amounts to theft.