Art & Culture / Film / What Netflix did next: Zac Efron takes on Ted Bundy 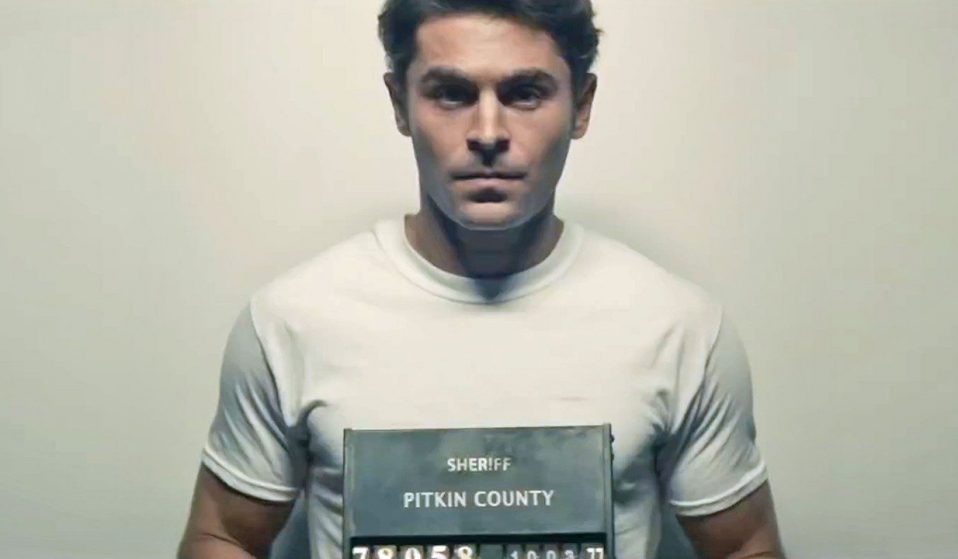 Writer Megan Nolan bravely ventures into Netflix’s new releases, in an attempt to figure out if anything is even worth our time anymore. This week, it’s millennial dating drama In A Relationship, and Ted Bundy biopic Extremely Wicked, Shockingly Evil and Vile.

Writer Megan Nolan bravely ventures into Netflix’s new releases, in an attempt to figure out if anything is even worth our time anymore. This week, it’s millennial dating drama In A Relationship, and Ted Bundy biopic Extremely Wicked, Shockingly Evil and Vile.

I’m not one of the people who find it inherently immoral to be interested in the likes of Ted Bundy and his life. For sure, I sympathise with the argument that we focus too much on him and not enough on his victims, but it is flatly true that an individual like Bundy is vastly more unusual a human specimen than his victims. This is not a compliment, but a simple fact. It’s not surprising, or wrong in my opinion, to be curious about the ins and outs of a man’s life who not only had those levels of staggering sadism driving him, but who was able to so successfully live a double life for years, convincing people close to him and many others of his innocence, right up until his execution.

Which is to say, I was slightly more disposed to watch Extremely Wicked, Shockingly Evil and Vile than others have been. I was especially interested that its perspective was supposed to have been that of Elizabeth Kloepfer, the long term girlfriend of Bundy, who lived with him for a period in which he committed a number of his murders. She was devoted to him and dependent on his love for her, but she was also one of the several people who reported Bundy’s name to the police when a photofit seemed to resemble him.

Here, she is played by Lily James, who, despite a fine performance, appeared to me badly cast and disturbingly child-like, especially in one moment where Bundy (played by Zac Efron) stands over her as she lies on their bed in pink lingerie looking like a doll. Despite providing the framing structure for the film, Elizabeth is often relegated to an image, a device through which to look at Bundy himself. This is a great pity, because what is most interesting to me about Ted Bundy, what I’ve never really read much about, is how the people in his life were able to live with their two clearly defined and very real positions which existed within them simultaneously: that they knew, somewhere inside, that Bundy was evil; and also that they loved, admired, and wanted to protect him. His mother, perhaps, we can understand – maternal unconditional love. But how did Elizabeth, who had a young daughter, continue to live with a man for six years who she suspected of serial murder at least enough to report him to the police? And how did the judge who tried Bundy’s case tell him: “I have no animosity towards you, I want you to know that”?

The judge, Edward Cowert, played here by John Malkovich, made other shocking statements in his sentencing, most memorably: “You’re a bright young man. You’d have made a good lawyer and I would have loved to have you practice in front of me, but you went another way, partner.”

“You went another way” seems like a grotesquely inadequate way to refer to the actions of a man who brutally murdered dozens of young women for his own pleasure. How was Bundy able to wield such power over even those who acknowledged his guilt? It’s maddening to think that he did succeed, to some degree, in being well liked by those in authority and those he respected, which is what seemed to be most important of all to him. Up to his death, he was surrounded by women who loved him, respectful journalists and pastors and helpful lawyers.

The best parts of Extremely Wicked, Shockingly Evil and Vile are where Efron shows us with potent intensity those moments where Bundy lost control of his surroundings, lost that respect that he craved so needily, saw that he would not get away with it all yet again. Efron earns his accolades in those scenes, when Elizabeth stops returning his calls and he realises his manipulation had not succeeded indefinitely, when the guilty verdict is read out in court. If he wasn’t such a heinous person, those scenes – and the real footage of the trial – would be something akin to moving. It’s a bizarre sight to see a person whose fantasies have been performed with such conviction for so long have them unravel.

I don’t quite agree that this film glorifies Bundy, though I do find the aesthetic of its promotional materials, with the flashy font and bombastic soundtrack, tacky and weird. I think Efron does a good job of showing how ultimately unreal the image of an attractive, personable man really was. We see the rage and madness eke out in his eyes. But I found myself wanting Elizabeth’s story to be genuinely centred – for in the end, an aberration like Ted Bundy is less interesting than the ordinary people who live with them and love them.

WORTH A WATCH WHEN SOBER? It’s a yes for me, mainly for Zac Efron who really is quite good.

WORTH A WATCH WHEN HUNGOVER/ DRUNK? I wouldn’t.

This limp dating comedy has one idea, which is that millennials have confused love lives and don’t communicate perfectly to each other all the time. “I wouldn’t say we’re dating. We’re hanging out,” Dree Hemingway’s character Willa says at one point of her puppyish hookup Matt (Patrick Gibson). This is about as deep as things go.

Staying on the surface would be fine if there were any actual jokes rather than dry, muted observations on the complications of modern love which are not a surprise to anyone, millennial or otherwise. Willa has moved to LA, where her cousin Hallie (Emma Roberts) is entering into a difficult period with her boyfriend of three years Owen (Michael Angarano). He’s resistant to them moving in together and generally dithering about commitment to Hallie. Willa, meanwhile, is a free spirit sex bomb whose lackadaisical approach to monogamy is not a good match for her new love interest Matt, who is totally obsessed (Patrick Gibson does a good job of making this obsession seem adorable rather than overbearing). The film follows the two pairs as they gravitate toward and away from each other over a few months.

The big problem is that they are all either horrifically annoying or just plain stupid, so you don’t actually want to see things work out between them. Hallie and Owen mope about, snapping at each other nastily, orbiting each other’s new lives with their horrid co-dependent proprietary love. Willa’s free spirit turns out to be little more than pathological selfishness. Matt is a sweetie but you want to scream at him for being around any of these people in the first place, and for allowing Willa to cheat on him. Michael Angarano is laughably unsuited to playing the libidinous fuckboy he does here; I can stretch my imagination enough to accept that a basically schlubby, mean, rude, average looking man could bag someone who looks like Emma Roberts, but frankly not a whole succession of standard-issue Hollywood-hot babes.

Minute by minute this is a perfectly okay watching experience. But as a whole – lacking as it does any emotional stakes, and being populated by girls who look like the Coachella Instagram hashtag – it is reminiscent of an Abercrombie & Fitch/ American Apparel advert collaboration stretched over 90 minutes.

WORTH A WATCH WHEN SOBER? Nah.

WORTH A WATCH WHEN HUNGOVER/ DRUNK? With all the emotional impact of watching a damp dishrag dry, this is quite simply peak bland hangover fare.

Extremely Wicked, Shockingly Evil and Vile is currently streaming on Netflix US, and in UK cinemas.

Linkedin
RELATED ARTICLES
OTHER ARTICLES
Whether it's partygate, the climate crisis or the spiralling cost of living, the fightback begins on the picket lines writes Tommy Vickerstaff
In her new book, the author explores the country’s housing crisis in human terms and calls for radical action to address a broken system.
In the wake of the decision by the supreme court to overturn Roe v Wade, thousands of protestors filled the streets to express their rage and anguish.
LGBTQ+ students are keeping the spirit of the original Pride alive by fighting for liberation for everyone, not just their community.
Wealth inequality and the rising cost of socialising is placing a strain on people’s relationships, reports Eve Upton-Clark.
50 years since its inception, and the campaign calling for recognition that capitalism depends on domestic labour is as pertinent as ever.