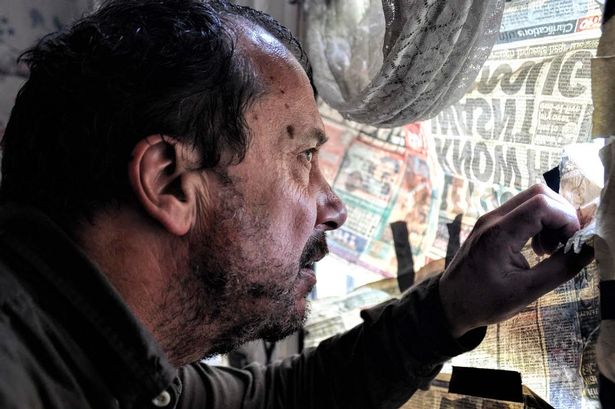 Lift-Off Film Festival is a response to Hollywood’s ever more conservative, sequel-obsessed and money-oriented approach that prevents the industry from taking risks, challenging its audience with new ideas and perspectives, and cultivating new talent.

The free festival began in 2010 as a non-profit with a mission to support great storytelling and encourage new voices to bring fresh ideas to the screen. It now has chapters in London, Amsterdam, Los Angeles, Tokyo, Las Vegas and Liverpool – where the second edition runs March 12-14 at venues around the city.

We spoke to festival co-director James Bradley about why Merseyside is the place to find real indie filmmaking.

What is Lift-Off Liverpool all about?
It’s an opportunity for people from all walks of life, class or creed, to come together and watch real independent cinema, by real indie filmmakers.

Indie film over the years has morphed into this bizarre Hollywood cloaked business. To us, an indie film like Mud, or Little Miss Sunshine isn’t particularly independent. Both had million dollar budgets and household names in the cast; they aren’t indie films. Fox Searchlight, and other similar production companies are associated to Hollywood. The major film festivals with the red carpets and huge sponsors aren’t going to celebrate the fourth film by a filmmaker from Anfield and send it round the world – but we will.

Liverpool Lift-Off like all the Lift-Offs is about launching the professional lives of the filmmakers we showcase.

How does the Lift-Off’s international structure work and what’s unique about the Liverpool edition?
If a film wins at any Lift-Off they are then literally launched around the world. All proceeding Lift-Offs will show that film. We have two winners that do a full circuit at each fest. And then five special mentions who each get an official selection at a carefully selected proceeding Lift-Off city. All of our festivals are free to attend and we are slowly becoming an exciting distribution avenue for our grassroots indie filmmakers.

Liverpool is unique for so many reasons. For me it’s the audience and the filmmaking community – they just make it. We always pack out our screenings and the filmmakers who attend are brilliantly talented and wonderfully friendly people.

With regards to expansion. We have always moved to where we feel we’re needed. It’s a logic approach based on ratios from submission count to screening selections. If a particular country or city is producing our kind of work and it’s acceptance into our other festivals are over 70%, we put that area on the radar as a place to hold another Lift-Off.

We currently have an expansion plan to get two or possibly three more cities into the festival network by 2017. We will pick those cities based on the same formula that has worked so well with Vegas and Liverpool. Once we have all of our cities in place we can truly start, really build the understanding as to what we are, and give our winning filmmakers a truly global distribution experience that involves live screenings and audience interaction.

What are you most excited about at this year’s festival?
It’s all about the filmmaking community spirit at Liverpool Lift-Off. We have more Liverpool filmmakers on the programme this year now than ever before, which is great for the city. The film which won best narrative at last year’s London Lift-Off was a Merseyside-based short by HartHunter Productions, it’s screening at this years festival, so as we build the awareness we are awarding more and more locally based talent – not just here in Liverpool but around the world too!

Lift-Off Liverpool is completely free and runs at venues around the city, March 12-14.

Linkedin
RELATED ARTICLES
OTHER ARTICLES
In the UK, Hongkongers are continuing to stand in solidarity with the pro-democracy movement.
Hundreds gathered together to protest the policing bill by making as much of a racket as possible.
The internet furore surrounding a certain NY-based furniture designer should make us question whether condemning people in the harshest possible terms harms more than it helps.
From the queues outside to the last ones standing, Francesco Mellina’s new photo book follows a night that has gone down in the Northern-Soul history books.
While the popular news aggregation service has been kicked off Twitter, its demise does not spell the end of digestible misinformation.
A new book traces the legislation’s tumultuous history and the lasting impact its had on LGBTQ+ activism today.