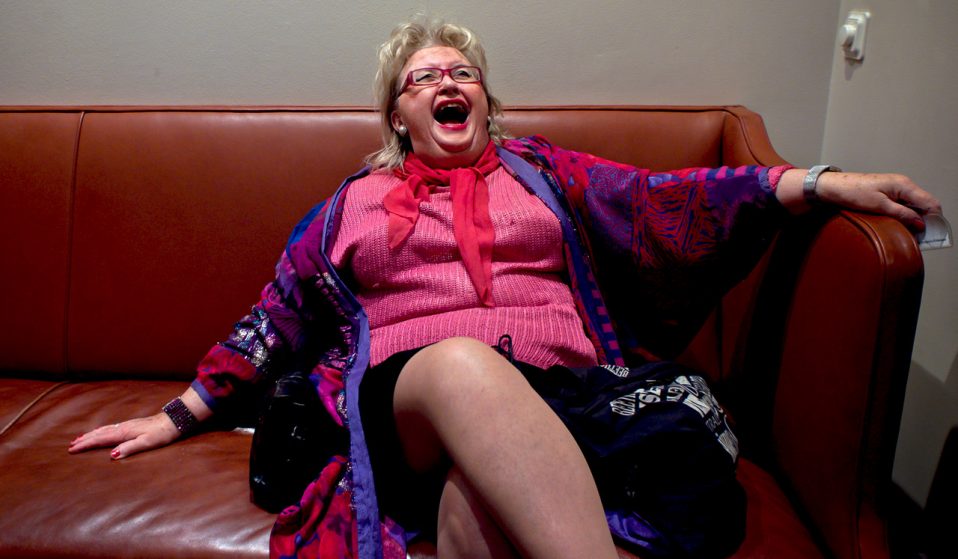 Siv Wennberg was applauded for her spectacular vocals – but her outspoken nature clashed with the ‘highbrow’ ideals of the industry, and she was shunned. Now a new film is finally spotlighting her story.

Siv Wennberg was applauded for her spectacular vocals – but her outspoken nature clashed with the ‘highbrow’ ideals of the industry, and she was shunned. Now a new film is finally spotlighting her story.

Decades before Beyoncé proclaimed that girls run the world, a single-minded Swedish opera singer was fighting for her place in an industry that cast her out for being a “diva”. Siv Wennberg was initially applauded for her spectacular vocal acrobatics that saw her catapulted to fame in her 20s, singing all over Europe in major roles. But her penchant for decadent outfits, her strong-willed character and her outspoken nature clashed with the “highbrow” ideals of the opera world. Eventually, Siv found herself neglected by even her closest supporters, all turning their backs until she was all alone with only her God-given gift to comfort her.

But that wasn’t the end, and Gustav Ahlgren and Emelie Jönsson’s documentary The Revenge of the Diva finds Siv in her 70s still relentlessly fighting for the career that was so unjustly snatched away from her. Shot in four acts, the film reveals how Siv refused to silence her spectacular voice and fade away as the opera industry would have liked her too. Instead, she publishes a book, releases an album, continues to perform and stars as the central character in Ahlgren and Jönsson’s documentary.

Clips of male TV presenters calling Siv “Opera’s Miss Piggy” and scolding her for “trying to scare people away from classical music” contrast with scenes of the elderly woman singing at her piano and sitting alone in her bedroom surrounded by old promotional posters. The real-life impact of the sexism and classicism that ran her off the stage are detailed here. However, The Revenge of the Diva is not a film about failure – rather a celebration of a woman refusing to let society dictate who she should be and where she should exist.

Ahead of the documentary’s UK premiere at Sheffield Doc/Fest, Ahlgren speaks to Huck about Siv’s reclamation of “diva”.

First of all, how did you find this story and why did you want to follow Siv’s revenge?
A few years ago, I was looking for someone who was living outside the norms in a small universe or a confined cultural area. I met Siv because one of my friends was renting a room in her apartment, and if you ever meet Siv you never forget her! I wrote her a letter explaining I wanted to make a film about opera, but as soon as I met her she started talking about being an outcast, and that was it.

You refer to Siv as a diva in the title of the doc – what do you think a diva is?
Siv actually herself calls herself a diva – her nickname for herself is “Sivadiva” which is “Siv the Diva” in Swedish. I think a lot of female artists have been called a diva because it is the only way to express themselves. They get this stamp that they are difficult, demanding and taking up too much space. Whereas, male artists who behave in exactly the same way or even worse just get called eccentric.

I think “diva” can be both a good and bad word. It is good when Siv uses it because she has claimed it for herself and she uses this diva persona to do what she wants. She knows that if she behaves like a diva people will let her be and she can be the sort of artist she wants to be. But, when people are using “diva” as a slur, that is a different story.

Siv does have a very strong personality, but why do you think she was branded a diva? Was it snobbery from the Opera community? Or sexism?
Both. First of all, Siv is incredibly talented. When she was young, she was aimed for great things and I think that pissed a lot of people off because they felt threatened by her. She is a woman, she is really stubborn, she is really good at what she does and she’s not afraid to say so either. In Sweden, it really stood out that as a woman she wasn’t depending on anyone else. I think she was an easy target because she is so strong, so people thought it was OK to pick on her.

I don’t think it helps that the opera world is a traditional space with its own rules and it is really easy to get on the wrong side of people. Siv sticks out in every way; she has a poor upbringing, she doesn’t know how to behave in those kinds of circles, and she doesn’t want to. She likes to be who she is, eat whatever she likes and behave however she wants in a world where you are meant to be a bit more “classy”. Siv is very down to earth and very genuine. She is a girl from a small rural town in Sweden and she has always been like that, which I think also pisses people off – that she can be that girl and still sing on big stages around Europe.

Siv has total conviction in her ability even after decades of struggle. Do you think she is disillusioned or just really resilient?
A bit of both. She has been living alone in her bubble for a long, long time, and if you’re always claiming that you have this incredible voice then you end up believing it. The only thing she has left is the conviction that she is still an artist, still a singer, and still one of the best. But then she does also have an amazing voice, even though she is 75 now. She is the most dedicated artist I have ever met; she practices for hours every day. And there is always music in her apartment, there is at least one opera playing in one room and something else playing in another room. I honestly think that it was a big tragedy not letting her continue her career because I think we missed out on a really good artist.

Siv still seems very angry about her ejection from the opera industry, even now – has this anger affected her life?
A lot – and she is still really angry. In almost every Q+A when this question comes up, she still gets super mad. I like that because this is her life’s struggle and she feels really betrayed. I don’t think she should let it go. I think it is especially good to see an angry woman and to see that her anger was actually good because it gave her so much energy to not give up and to keep on going. I think that is really crucial.

What do you think her revenge is?
I think her revenge is partly all the things she does in the film, and partly the film itself. I don’t think she realised that the times have changed and people are really interested in strong, stubborn, angry women now in a way that they weren’t before. She always knew she had a talent and that people liked her music, but she had been used to people disliking her or hating her personality even. Now it is kind of the opposite – people don’t care that much about the music but they like her, and she has never been used to that. At the screenings, a lot of women – especially young women – come up to her and tell her she is a role model and they are really inspired by her, and this is completely new for her. I think that is her genuine revenge. You can feel it in her psyche that she is letting her guard down and listening to them and taking it in, in a way that I hadn’t seen her do before.

The Revenge of the Diva screens at Sheffield Doc/Fest on Saturday 8 June and Tuesday 11 June.

Linkedin
RELATED ARTICLES
OTHER ARTICLES
The two-day long event returned to London this year, showcasing a spectacular parade, steel bands and Caribbean food.
Birdy Chu reflects on documenting the historic moment in which the territory was formally passed back from the UK to China.
For over a decade, gamblers have won big by employing people to place live bets from the court. But does this dubious method still work?
The idea that a younger generation is abandoning work has become a popular narrative online, but it doesn’t necessarily reflect reality.
The workforce is now gearing up for industrial action after receiving a measly pay rise, reports Ella Glover.
Following the announcement of an 80% hike in the energy price cap from 1st October, crowds gathered outside the offices of energy regulator Ofgem to protest and declare their intention to undertake a payment strike.