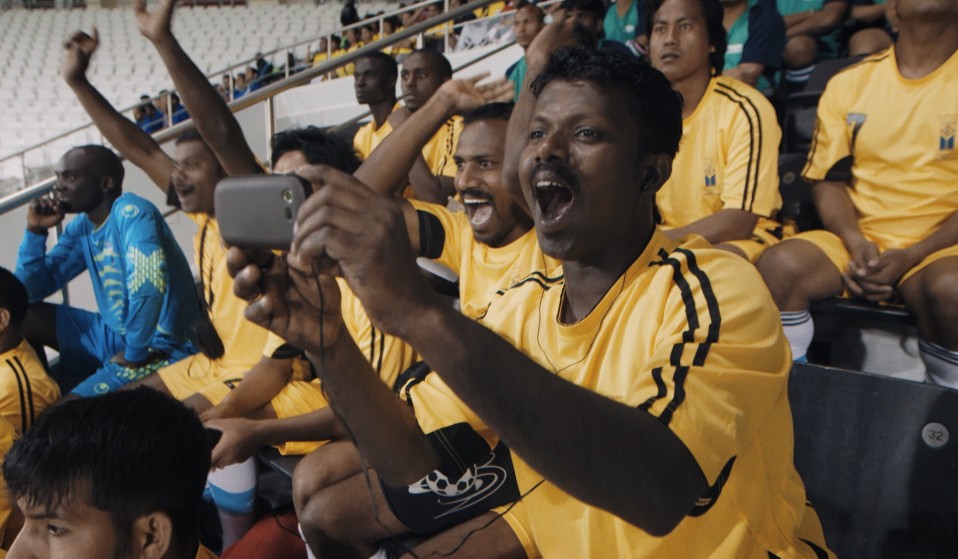 Every year, Qatar's migrant workers get to play in a football tournament of their own. For some, it's a much-needed form of escape. For others, it's a chance to be discovered. Acclaimed documentary The Workers Cup offers a glimpse into the shocking reality behind sport's greatest stage.

In 2022, Qatar will host the biggest sporting event on the planet. Over 1.6m migrant workers are currently constructing eight stadiums, several high-rise hotels, multiple roads and everything else required to make the FIFA World Cup possible.

The labourers – who make up 60 per cent of Qatar’s population – come from Nepal, India, the Philippines, Ghana and Kenya to work shifts of up to 16 hours, six days a week, for as little as $200 per month – all in an effort to provide better lives for their families back home.

But some have also been attracted by the Workers Cup, a football tournament that allows these migrants workers – outsiders in the world’s richest country – to compete for glory in the same stadiums they’re building for the world’s biggest sporting stage.

Up close, however, the story is a far more complex one than big contractor firms fielding sports teams as a philanthropic gesture. So when filmmaker Adam Sobel and his co-producers were able to embed themselves with the GCC (Gulf Construction Company) crew, they gained unprecedented access to an underclass that normally remains voiceless – an extraordinary cast of multinationals linked by their love of football.

There’s Kenneth, a 21-year-old who left Ghana after a recruiting agent told him he’d be joining a professional football club in Qatar. There’s Umesh, a diehard Manchester United fan separated from his wife and two children (named Rooney and Robin) back in India until he’s earned enough to build a home. And there’s Samuel, a goalkeeper who struggled to make a living in Ghana’s first division and, out of pride, told his father he was emigrating to play professional football. 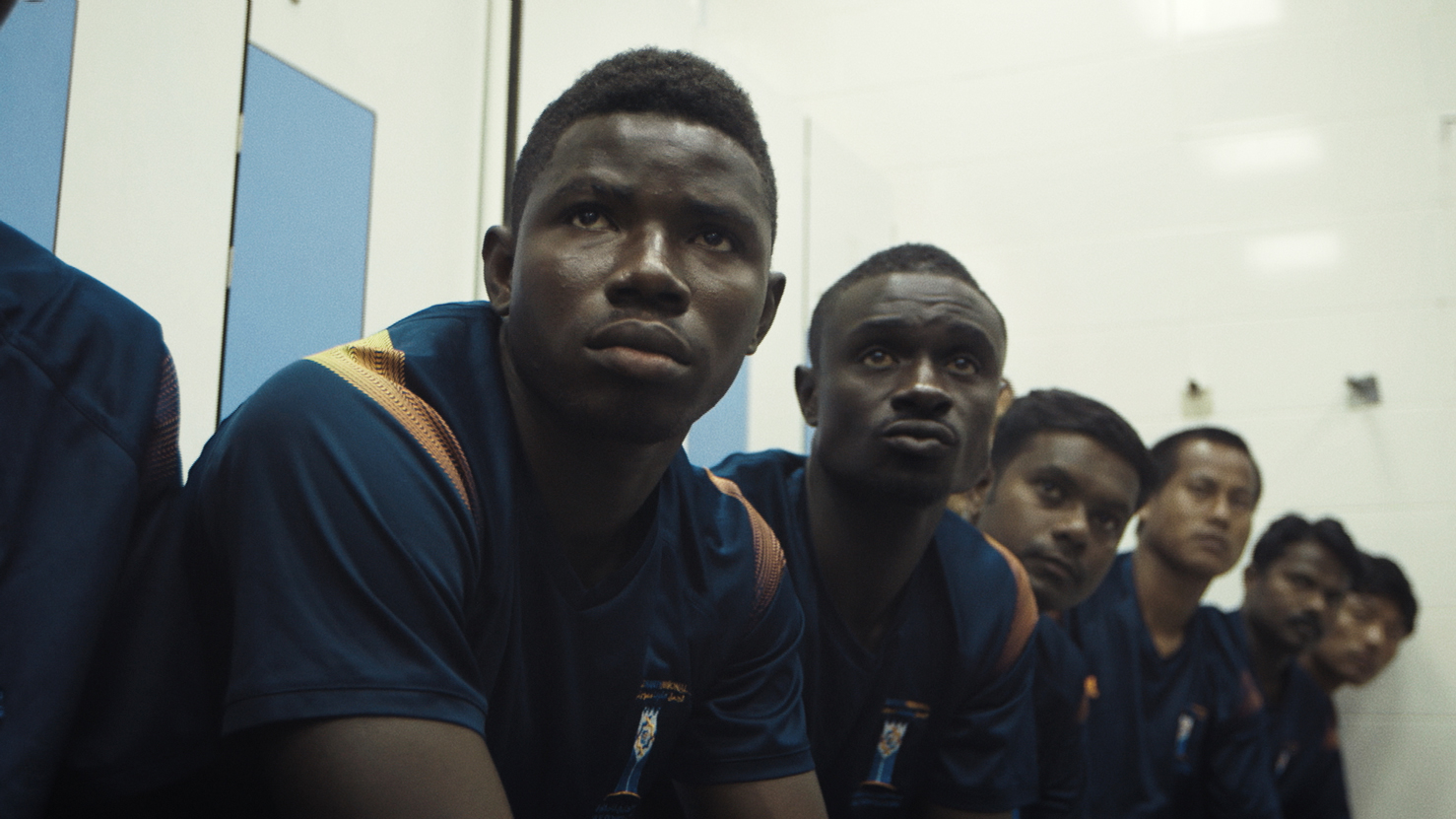 The GCC team in their changing room before a big match. Left to right: Kenneth, David, Binumon, Purna, Umesh, Padam.

In The Workers Cup, Sobel avoids portraying them as one-dimensional victims of circumstance. There’s no attempt to pity, patronise or intervene. Instead the film simply illuminates the lives of those caught in a system of modern day slavery. Ahead of two screenings at London’s Human Rights Watch Film Festival, the director explained why this is a story worth sharing.

How did this film come about?
Adam Sobel: I moved to Qatar [from Northwestern University] in 2011, shortly after the country won its bid to host the World Cup, and started working with a production company which included Rosie Garthwaite and Ramzy Haddad, who ended up producing The Workers Cup. The three of us worked in news journalism around the region and were often hired by international news outlets for stories about migrant workers preparing the World Cup.

But because media restrictions in Qatar are so significant, we usually had to hide people’s identities or work undercover. I think that approach probably ended up losing the human touch.

We thought, ‘We’re really just scratching the surface here. What can you learn about someone’s life in a few minutes?’ Next to nothing, really. All you can do is stick a camera in their face and ask them things like, ‘Has the company taken your passport? How many roommates do you have? What are the living conditions like?’ Then you’d have to leave because the authorities would show up.

So we wanted to approach the story on the workers’ terms rather than those of the international news media. We also knew there was a PR angle that the World Cup organisers were interested in promoting through this tournament. Fortunately we knew enough people who trusted us as journalists and gave us their blessing.

How did your vision for the film contrast between the outset and its completion?
I think we went into the film expecting it to be a lot more about the big headlines you find around this issue. But that changed pretty quickly, for two reasons. One is that the restrictions were a real benefit for us in some ways. When we were first arrived at the camp, minders from the company were always around us.

But as we kept showing up, day after day, they kind of got bored with us. They’d go have a cigarette and eventually stopped following us around entirely. The characters themselves, meanwhile, initially thought we might be spies for the company. They were understandably sceptical, which required us to avoid the things a journalist would want to talk about with migrant workers.

So what did we do instead? Talk about football. We ended up creating this personal bond with them and, by the time the minders got bored of us, the content naturally skewed towards the psychological duress these people were working under and the isolation they experienced.

We had no idea that some of the characters taking part in this tournament would see it a chance to attract the eye of a professional scout and escape their circumstances by that means. We always imagined the tournament itself as a metaphorical escape.

What can you tell me about the complexity of their lives, as you observed them?
When we’ve shown the film, people have reacted with great surprise to the revelations these characters make. ‘Wow, I had no idea that some of these guys are actually well-educated; they’re actually very savvy about the situation.’ I mean they know what’s going on. They’re not naive.

Perhaps they got themselves into a situation because they didn’t know enough, but that doesn’t mean they’re not aware of their status or how much better things can be for them. So when you actually empower them and give them a voice, they’re going to express that.

What about the reaction from the company who granted you access? I imagine it wasn’t the PR event they may have envisioned…
First and foremost, we never set out to make an exposé. That’s not what the film is. We’d done that before with other media and that led to some ‘insights’, but really not much understanding. Our goal was to make something the workers themselves would be proud of.

To the credit of GCC, the company that gave us access, they just said, ‘Tell the story.’ When we showed them the film, I think they were surprised at the amount of access we actually had and what we were able to do with it.

In the end, all we had to do was hold up our characters’ humanity and their dignity to show that the system is really flawed. And it’s a difficult truth that no one can object to. 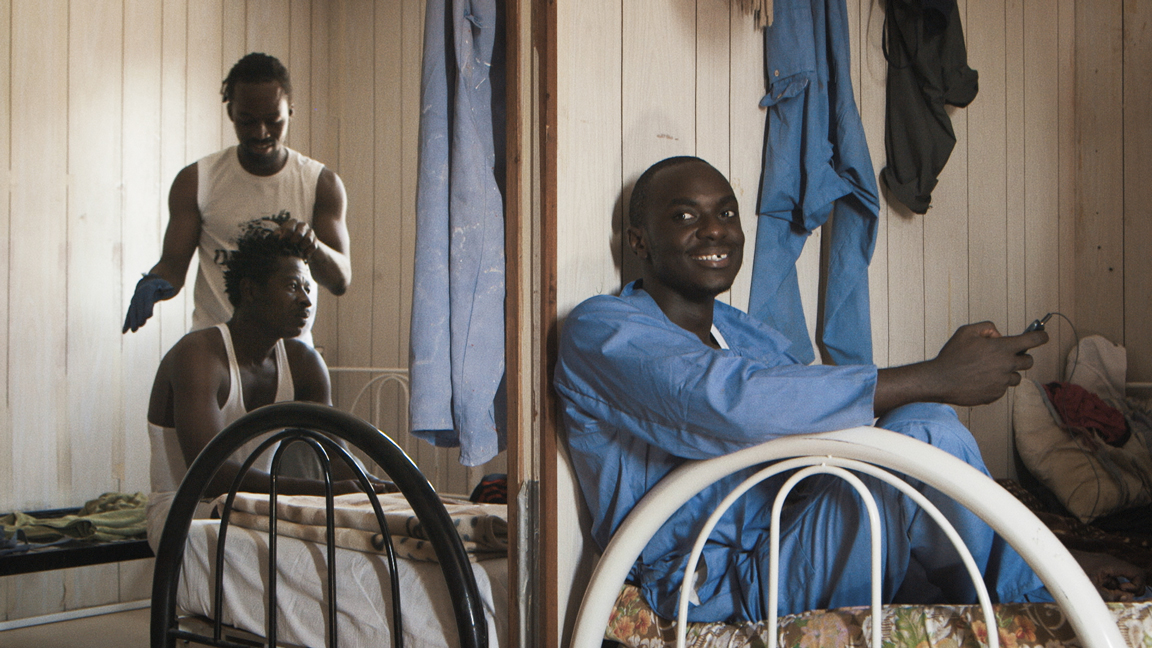 Was there anything that surprised you personally?
Um… everyday was a surprise! [laughs] That’s a really hard question to answer. But one important thing to note is just because the system itself is uncaring, doesn’t mean that everyone within that system is uncaring.

We knew enough people there who would like to see the system changed but maybe don’t feel like they have the power to change it. That’s ultimately how we were able to make the film: pushing that idea up the ladder and saying, ‘We should really let this happen.’

I’m also surprised we were able to make a film that was very critical yet still works within the framework of Qatar’s regulations. Nobody went to jail or was deported; we didn’t break any laws. The people who worked on the film and remain there are okay. Ultimately I hope that means the film is able to create discussion within the country and we think it will.

What do you think it says about corporate social responsibility?
I don’t think it’s black or white. Yes, the Workers Cup was a bit of a PR ploy. But having witnessed it first-hand, having been on a journey with the people playing in the tournament, they would be so devastated if this one event was taken away from them.

It provides great joy where there was none, and so I just wish it didn’t have to be double-handed, you know? But perhaps that’s what corporate social responsibility comes down to: there’s really no altruism in capitalism. [laughs] Perhaps the only answer I can come up with is that it’s neither black nor white. It’s a murky grey. 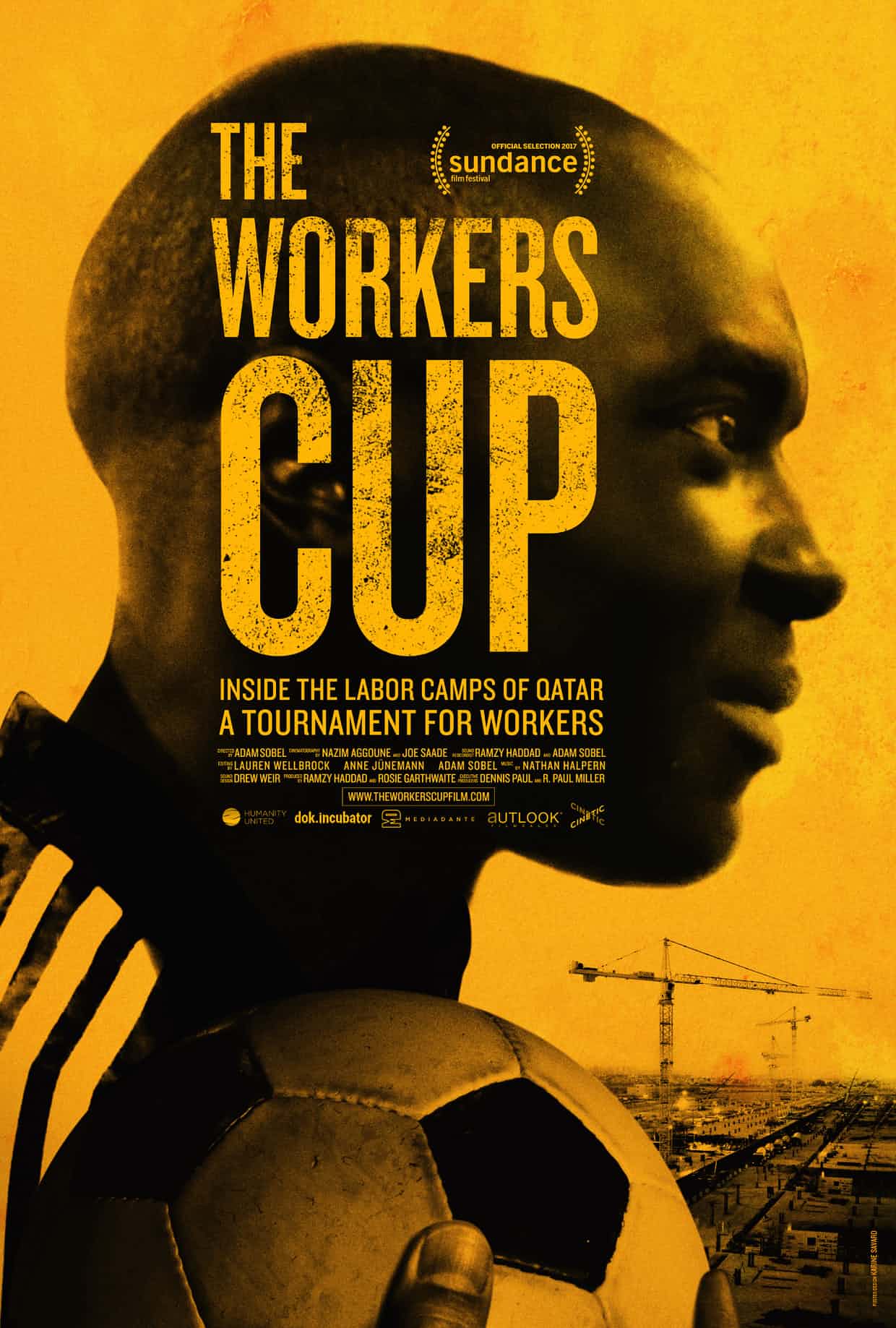 More broadly, what do you hope viewers outside of Qatar will take from it?
I hope it sensitises people to seeing these migrant workers as wilful individuals and not just victims. It’s hard because we’re shining this light on Qatar right as they’re hosting the World Cup but this labour system exists across the Middle East at large.

So if weren’t for the World Cup, I think people wouldn’t really care. Inequity exists globally and, even as fans and spectators of the World Cup, we’re all certainly complicit in allowing that to happen. And that’s something we should reflect on.

The Workers Cup screens at the Human Rights Watch Film Festival in London, 13 and 14 March.

Linkedin
RELATED ARTICLES
OTHER ARTICLES
Following the announcement of an 80% hike in the energy price cap from 1st October, crowds gathered outside the offices of energy regulator Ofgem to protest and declare their intention to undertake a payment strike.
By turning a real-life crisis into daytime television fodder, TV bosses have once again shown themselves to be completely out of touch with audiences.
Rhiannon Adam spent three months capturing an ageing society wracked by division, isolation, and the aftermath of scandal.
A group of young Palestinians have found temporary freedom in the act of parkour, reimagining wreckage and ruins as a series of high-octane playgrounds.
Birdy Chu reflects on documenting the historic moment in which the territory was formally passed back from the UK to China.
Cindy Campbell recounts how her brother ushered in a new era of musical culture at a party she held in the Bronx in ‘70s.