Art & Culture / Film / ‘You’ve got to be optimistic, we’re all going to die anyway’ 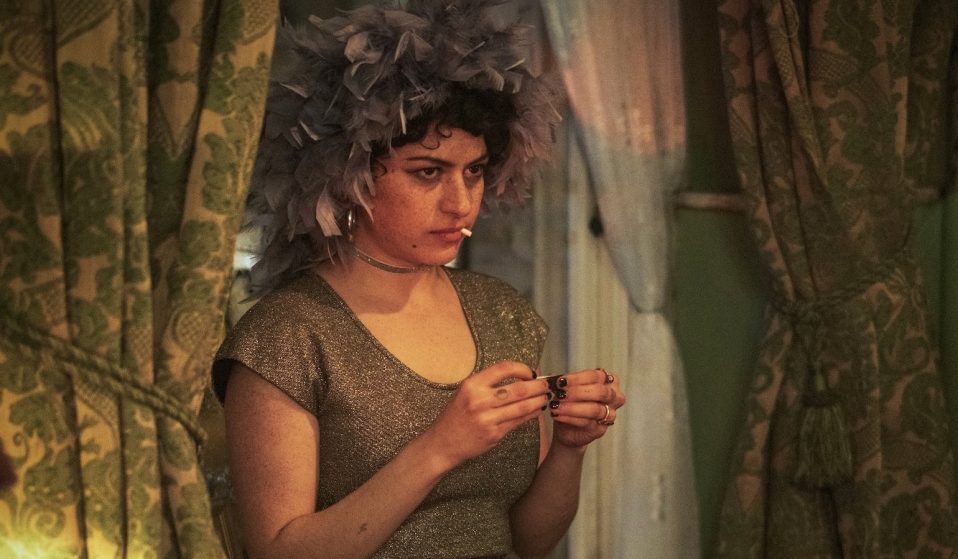 The star of Search Party and Arrested Development talks about her new role – a hedonistic free-spirit fuelled by heavy drinking and cocaine use – in Sophie Hyde’s Animals.

The star of Search Party and Arrested Development talks about her new role – a hedonistic free-spirit fuelled by heavy drinking and cocaine use – in Sophie Hyde’s Animals.

It might surprise you to learn that Alia Shawkat only turned 30 this year. Not because she’s already been on gracing our screens for the better part of two decades – we’re used to child stars by now – but because she’s always exuded a self-assuredness far beyond her years.

After her breakout success as Maeby Fünke in Arrested Development, it would have been easy for Shawkat to be defined by a role she made her own at such a young age. Instead, she avoided the seemingly inevitable fate of stars who burn so bright so young, spending her 20s exploring the independent movie scene. She received critical acclaim for her writing debut Duck Butter in 2018, and starred in Search Party, the dark comedy series set to return for its third season later this year.

Shawkat has achieved more by the age of 30 than many actors will in their entire career, and it’s clear she’s done this by taking what she does seriously. Tyler, the character she portrays in Sophie Hyde’s upcoming film Animals does not. A hedonistic free-spirit fuelled by heavy drinking and cocaine use, it’s tempting to see Tyler as Shawkat’s mirror – a version of her we might have seen had she followed the child star stereotype instead of treading her own less worn path. “I’d say I feel like a grown up now,” she tells me. “I have my routines. But I hope I don’t ever fully grow up, that sounds boring.”

You’ve said you feel Tyler is different from a lot of roles you’ve played before, that she’s maybe a bit more chaotic. Do you still feel that way?
I think normally I play characters who aren’t necessarily everywomen, but they’re certainly observers. They’re along for the ride. Tyler is definitely someone who throws all her shit on people – not literally – a lot more than other roles I’ve had. She performs a lot more. It’s quite strange in that when I would be acting I would feel like I was playing Tyler a certain way, but then when you’d watch it back on the screen it’s totally different. She’s quite sad. She’s not that cool.

I take that back – she is cool. I just think somebody needs to put a hand on her shoulder and tell her she’s okay, tell her to slow down. She’s meant to be almost 30 and she’s just going all out, I don’t think she really knows quite what she’s doing. It’s still quite strange the way I think we portray the drinking and the drug use in the film. Obviously, it’s not meant to be something you want to emulate, but maybe we don’t show enough the real impact I think that kind of lifestyle can have on people.

You’re in Britain so I think if there’s one thing we’re used to, it’s alcoholism.
Right, but I wonder if that’ll go down the same in the States. It’s so different over here, it’s weird. Obviously, people still drink a lot back home but we guilt ourselves about it a lot more. We make ourselves feel like shit, you don’t seem to do that so much here.

We’ll go out drinking, wake up and then start all over again.
Exactly. I couldn’t do that anymore man, I’m getting too old for that.

Was it hard playing a different role, or was there a bit of Alia in there? Did you have that party phase?
I think there’s a bit of Alia in all of my roles. I was never really as into the drugs as much as Tyler is: I like pot, but that’s about it really. My parents were both pretty good disciplinarians and I’ve been working a lot since I was 14 so I’ve never really had the time or the desire to really go hard on the partying. Oddly, the closest I ever came was probably when I was around 19. In the States the drinking age is 21, so I’d see if I could get into bars and things but as soon as I hit 21 it sort of tailed off.

I guess when you were around that age you would have been getting famous.
[Laughs] I don’t think I was ever that famous.

By that point though, you had been working for almost a decade already. You may not have had much of a party phase, but does that take its toll?
Are you asking if I’m tired?

Well, are you?
No. I’m still hungry. I feel like there’s still a lot I want to say with my work. I’m looking to try out new things all the time. I’m looking to write more, because then rather than waiting for the kind of roles I want to come to me, I can just make them for myself. 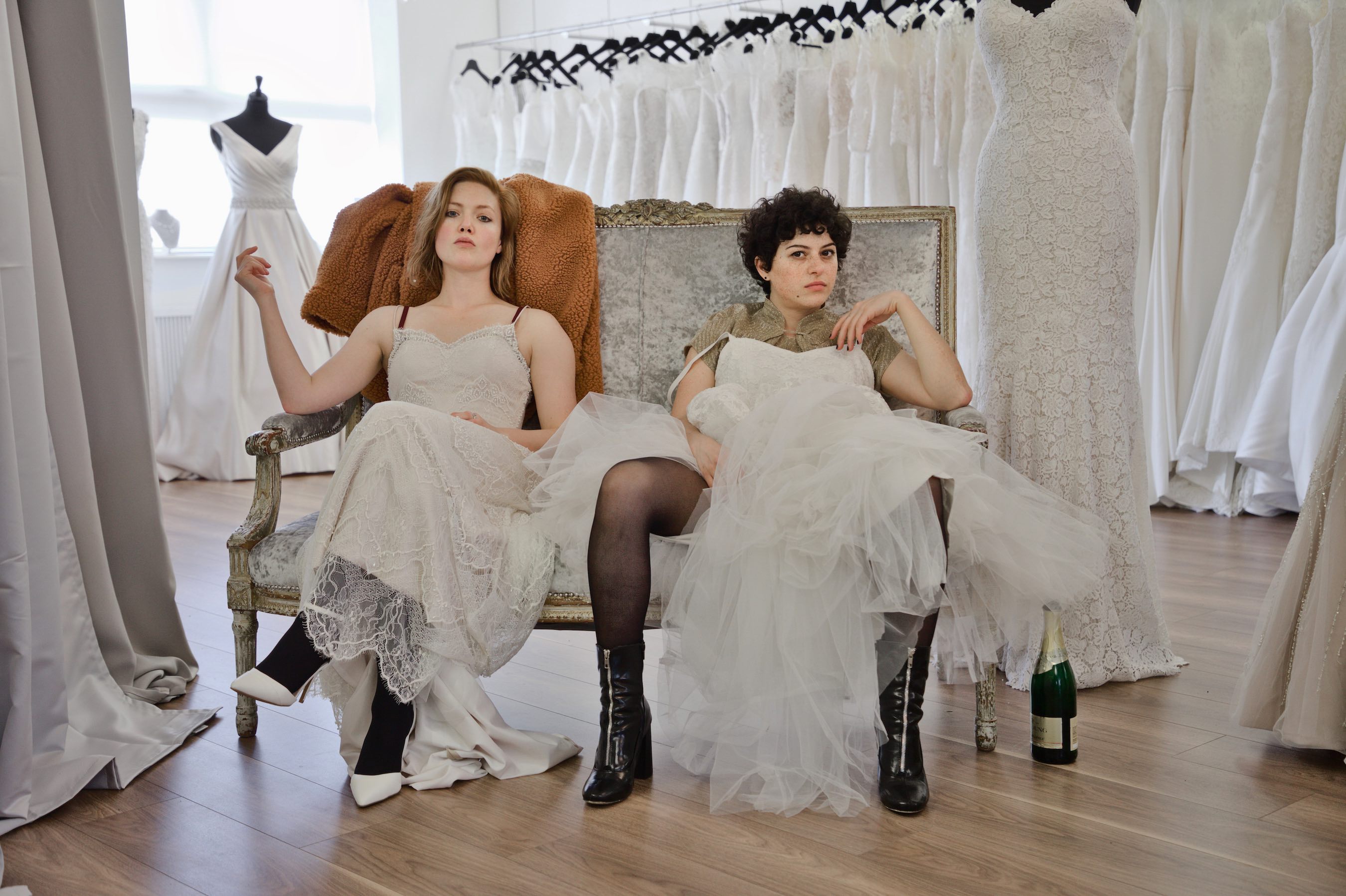 A theme of this movie is about how we expect women to behave, both traditionally but also with how we expect feminism to be performed too. Would you agree?
I think people get hung up a lot on what feminism is, it’s just that women should be treated equally – socially, politically, economically. That shouldn’t be hard. I think a lot of us can get this voice in our heads telling us we’re not behaving the way we’re supposed to. Or we all look back on our lives and start to wonder if we should have done things differently, should we have said something or acted sooner on something and that can be really tiring. That self-policing can almost get more exhausting than anything else. What I like about Tyler is she just does what she wants and isn’t really worried about whether people think she’s doing the right thing or not.

You’re a triple threat really: a queer woman from an Arabic background in the public eye. That’s pretty rare for the United States.
Or anywhere really.

But you’re very honest and open about your politics, given the current state of politics and culture in the world. Has that been difficult?
I’m very lucky in that I grew up in a pretty privileged environment and I’m for the most part passing; I’ve got freckles and everything. But even when I was a kid I’d get passed over because I was told I was ‘too ethnic’ or I’d start getting cast as the ‘ethnic best friend’. I’ve always been these things. I’ve always been a woman, I’ve always been queer, my family have always been from Iraq. There are parts of the world where maybe I don’t want to share a certain part of who I am because I don’t know how they’ll react. If I was promoting this film in the Deep South, a place where they’re stripping back women’s access to abortion state by state, then maybe I wouldn’t want to be as open about things. My hope, though, is that when we’re making this art, and telling these stories, that we can start to change things.

I get exhausted just watching the news these days, but this is your lived experience so it’s great you can still be so optimistic.
Well, you’ve got to be man. We’re all going to die someday anyway so what’s the point in getting too down about it.

Animals is released in the UK on August 2.

Linkedin
RELATED ARTICLES
OTHER ARTICLES
Photographer Sean Maung reflects on documenting a small town in Pennsylvania afflicted by high levels of unemployment, poverty, violence, crime, and addiction.
A new podcast is opening up the conversation between trans women and trans amorous men in the hope of building coalitions.
Zsófia Sivák’s ongoing project documents the country’s tavern culture, preserving a once defining part of rural life.
From snake handlers to mardi-gras revellers, Tom “TBow” Bowden’s photos provide a snapshot of the wonderful and weird people who make up America.
Mass crustacean die-offs in the North East have led a community of fishermen to take action to save their seas.
Campaigners reflect on what the supreme court’s decision to allow buffer zones in NI means for the future of reproductive rights in the UK.