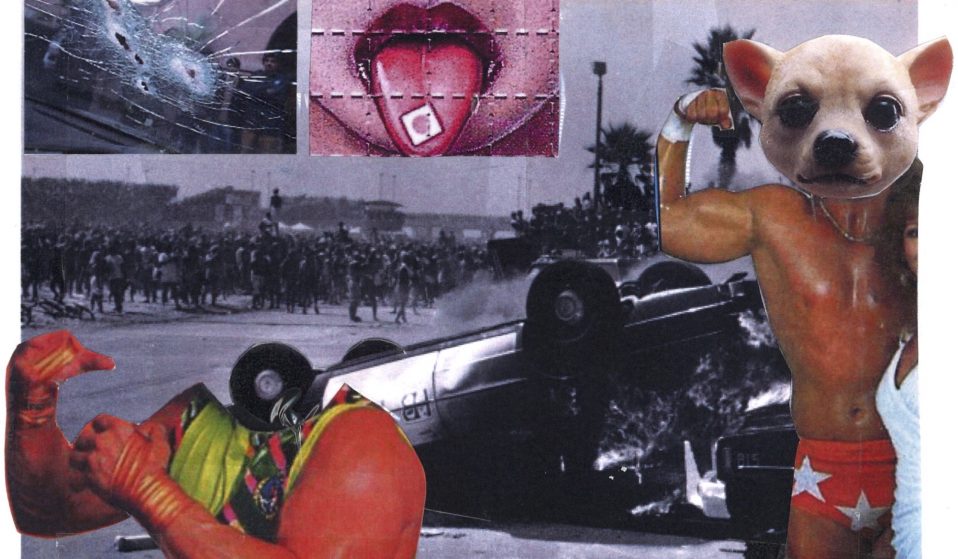 In the summer of 1986, 15-year-old Zach Sebastian set off on a journey to Zed Records – landing him right in the middle of one of surfing’s most infamous events in the process.

In the summer of 1986, 15-year-old Zach Sebastian set off on a journey to Zed Records – landing him right in the middle of one of surfing’s most infamous events in the process. Now, over 30 years later, he’s turning the experience into a film.

On the same day that Aeroméxico Flight 498 crashed in the suburban city of Cerritos, killing 82 people, something was brewing 20 miles south in Huntington Beach. Hoards (read: 100,000 people) of drunken out-of-towners turned up for the OP Pro – one of the biggest surf comps in the world.

Enter Zach Sebastian, a 15-year-old boy obsessed with hardcore and collecting vinyl. His tendency to get himself into ridiculous situations put him on a hapless collision course, one that  landed him right in the middle of one of surfing’s most infamous moments: the Huntington Beach surf riot.

“I was never supposed to end up in HB, I was on a mission to Long Beach, to finally get to the legendary Zed Records,” he remembers. “But since we dropped acid along the way, we sorta… missed our turn.”

Sebastian’s experience that day came to make up The Funniest Thing Happened to me on the Way to Zed Records as short story zine he self-published. He sold all 250 copies in a month. “People were encouraging me to write more so I wrote another one, Brooklyn Dust, about one night at the infamous Kokies bar – I’m still selling them.”

Before long, people were telling him that his riot story should be a film. So he listened. Now, you can find The Funniest Thing Happened to me on the Way to Zed Records on Kickstarter. The plan is to make it an animated short, produced with the help of artist and curator Aaron Rose – but they need your help.

Below, Sebastian explains how you can be a part of the wild journey.

What’s more dangerous being in a riot, or driving a car while tripping?
Well, the car was technically stolen, too! But, yeah, driving while under any sort of mind altering drugs – public service announcement, kids – is the fun way to get killed or wake up as a killer. Plus, it’s bad for the environment.

What’s your most vivid memory from the riot?
This guy I call the “Gravy-Hog”. He was super jacked, tan as beef jerky, naked from the waist up with a baseball bat or steel pole. I remember watching him for a long time as he hacked into car windows like a fervent lumberjack.

Did your parents know where you were?
I didn’t even know there was a riot going on. I thought I was having a bad trip. So don’t ask and don’t tell?

Are there any special rewards of incentives for contributing?
I am really grateful to anyone who supports what I do. We’ve got zines, Beautiful Loser DVDs, original art, a rare photo books, tickets to Camp VC and much, much more. So please check it or pass on the good word. 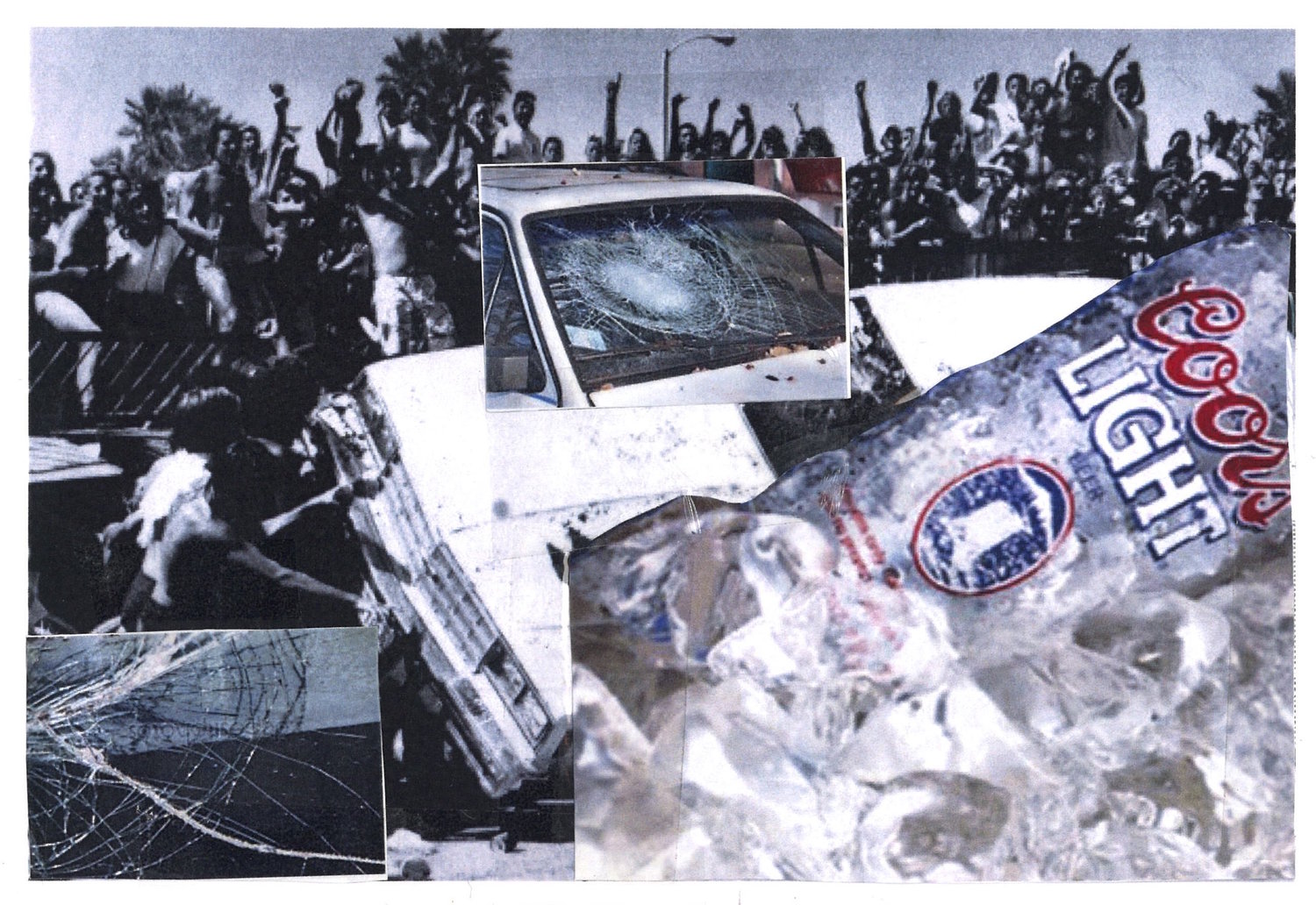 Back the project on Kickstarter now.

You can see more of Zach Sebastian’s work on his Vimeo.

Linkedin
RELATED ARTICLES
OTHER ARTICLES
The idea that a younger generation is abandoning work has become a popular narrative online, but it doesn’t necessarily reflect reality.
Sean Maung’s photos are a love letter to the Black and brown communities that make up New York.
Financial turmoil is pushing people who work in the sex industry into more dangerous and desperate situations as a means of survival.
Rogue landlords are exploiting young and inexperienced renters and leaving them in mental and financial turmoil, reports Niall Hignett.
Cindy Campbell recounts how her brother ushered in a new era of musical culture at a party she held in the Bronx in ‘70s.
With skyrocketing rents, packed out viewings, bidding wars and more, renting in London has never been harder.