Art & Culture / The Daily Mail and the Sun are hate preachers, they must be held to account 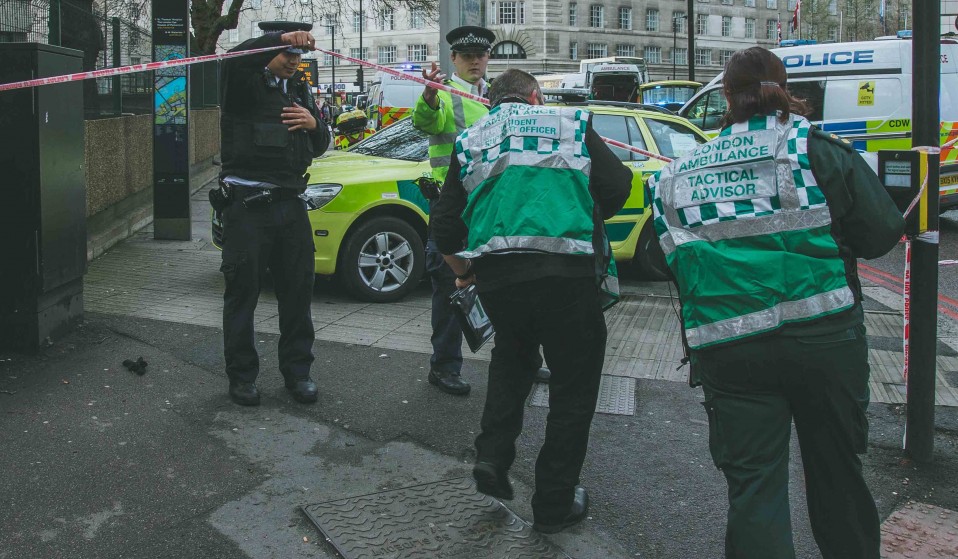 In the aftermath of any terror attack we look for the preachers who have radicalised. Last night's attack on Finsbury Park Mosque can be no exception.

In the aftermath of any terror attack we look for the preachers who have radicalised. Last night's attack on Finsbury Park Mosque can be no exception.

Conjure up an image of a hate preacher. Go on, take a second to picture them in your head. Imagine the clothes they are wearing, the colour of their skin, the look on their face as they radicalise and the room in which they’re stood. I’m doing the very same as I type.

Sat in an office, somewhere deep in the Kensington Tower from where he dishes out his venom, is Paul Dacre – Editor of the Daily Mail, suit and tie no doubt pristine.

Is he who you were imagining?

With a circulation of 1.5 million, and hundreds of millions more online, this multi-millionaire media mogul has a platform and audience much greater than most clerics secretly whipping up tension.

How about Rupert Murdoch? Owner of the Sun. The tower block might be in London Bridge by the River Thames, but it’s pretty much the exact same picture.

Their words are as steeped in hatred as Abu Hamza and Anjem Choudary, their divisive rhetoric rampant with the same inhumanity and callous contempt. They wilfully spread lies about communities, find ways to divide and separate, intent on destroying any chance of cohesion. But while some are placed onto watch lists, placed under house arrest and deported, the likes of Murdoch and Dacre are allowed to prosper, respectable figures invited to Downing Street and to the most exclusive of political events.

When news broke last night of the terror attack on the Finsbury Park Mosque in London, once again the English capital was thrown into mourning. One dead, many injured, it was an attack on innocent people peacefully going about their daily lives. For the most part the mainstream media have been uncompromising in their condemnation of the attacker, save maybe the Mail‘s disgraceful attempt at justification by citing a hate preacher who’d previously visited the mosque, as if to justify this terrorist’s action.

First headline from the Daily Mail is disgusting and intentionally justifies terrorism. They knew they went too far and tried to change it. pic.twitter.com/Uh67JA9wfx

But what must now follow – as does when an attacker acts in the name of a warped version of Islam – is an urgent and thorough investigation into the source of this man’s hatred, who and what he was reading, what led him to carry out this fatal attack. As per usual, this would not be to pardon or excuse his actions. Far from it, he must be subjected to the full force of the law. But there’s an urgent need to ensure those who’ve fanned the flames of his prejudice can’t appear to provoke a similar bloodbath, the preachers, thinkers and platforms must be monitored and scrutinised. Public figures, as J K Rowling does here, must call them out.

Again: let's talk about how the #FinsburyPark terrorist was radicalised. pic.twitter.com/t3O6q5zfXq

At this stage it’s unclear whether this terrorist has read the Mail, the Sun and similar publications, but if he has then the owners and editors must face the same difficult questions too. We all saw the front page that claimed one in five British Muslims have sympathy with Jihadis – the very same story labelled “deliberately misleading” by watchdogs who oversee the free press. We’ve seen the cartoons depicting refugees as rats, held back our rage when reading anything ever penned by columnist Katie Hopkins. These are just a few examples. Pick up a paper yourself – if you can face it – and you will see.

These are the people profiteering off hatred, whipping up the vulnerable and the privileged alike into hysteria, at the same time as bodies are mowed down, shot dead on British streets. There’s no reason why they too should not be held accountable.

This is no defence of hate preachers in any religious community. Those who incite violence under the name of any religion, be it Islam, Christianity, Judaism or some other have no place in our communities either. But as the attack last night shows us clearly: it’s not just religious fundamentalists who go out and kill in a sick ideology’s name.

The United Kingdom is changing, ever rapidly. Our communities becoming diverse, open and inclusive. But there are those from all corners of the country and beyond desperate to cause havoc, flexing their ever shrinking might and doing all they can to stop us. Those who carry out such attacks as this are of course responsible, but it’s time to treat those who’ve helped radicalise last night’s assailant the same as the preachers and clerics who’ve done the same.

Linkedin
RELATED ARTICLES
OTHER ARTICLES
A new series of photos by Johny Pitts shines a light on communities and subcultures that have all too often been overlooked.
Photojournalist Fiora Garenzi spoke with people still living in Eastern Ukraine, an area which seen some of the heaviest fighting since the war began.
To mark the premiere of his new documentary on surfing giant Gerry Lopez, the filmmaker and former pro skateboarder sits down to share his unique brand of wisdom.
Photographer Anne-Marie Michel captures the women who through determination and strength are forging their own way in a male-dominated industry.
A series of photos by the late Jerry Dantzic taken in 1957 show a tender side to the iconic Jazz musician.
With the Women’s Euros in full swing, last week saw glorious, sweaty celebrations take place in a dedicated, safe space for female and non-binary fans.