Art & Culture / “My first novel was shit, but it taught me how to write.” 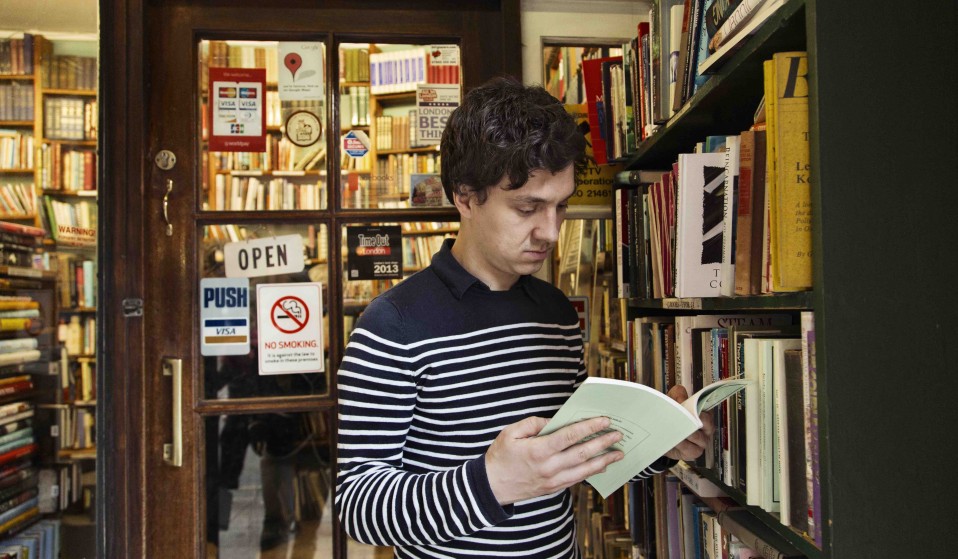 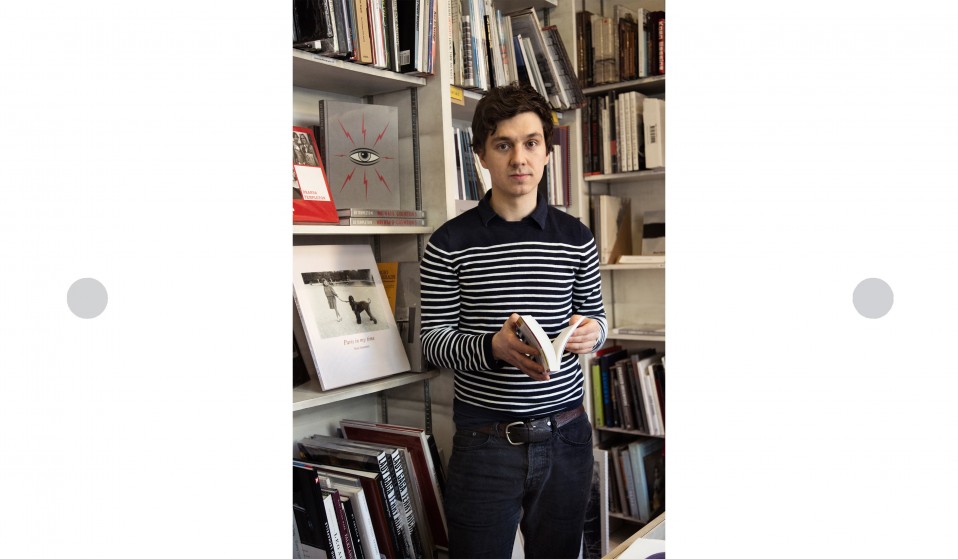 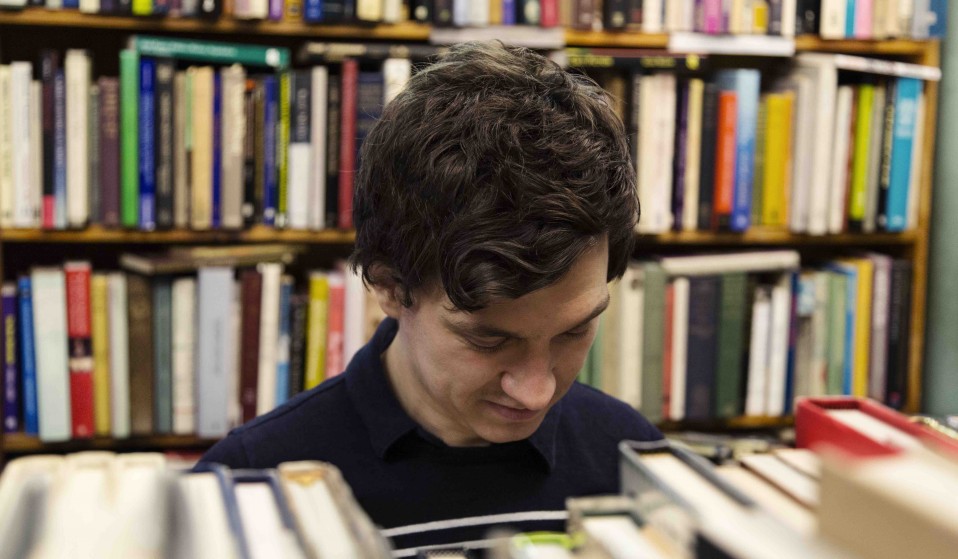 It took Thomas Morris three years to write the book of his dreams. Then he scrapped it, sat down, and wrote the truth.

It took Thomas Morris three years to write the book of his dreams. Then he scrapped it, sat down, and wrote the truth.

In my mid-twenties I spent three years writing a novel – and the novel was shit. I had always considered myself as someone with good taste, and when I finished the book I could see that it wasn’t living up to my refined standards. In fact, it wasn’t living at all.

Writing the book, I had yearned to be a Respected Literary Artist, and I made deliberate choices to try and gain this status. Gauging the cultural temperature, I deduced that if I wrote a Quiet Book about Quiet Things in a quiet way, then people would consider me a Serious Writer. So I wrote a novel in which Nothing Happened and the nothings happened very slowly. When I reached an emotionally complicated moment, I skirted over it with poetic elision. A character, confronted with a fraught situation, would respond with meaningful silence or what I hoped would be perceived as a profoundly charged reply. (“Well, things were different in the past.”)

I saw the world of literature as a posh restaurant. I only had to wear the right, respectable clothes and the establishment would surely usher me in to dine among them.

A year into the writing of the novel, I started a new job. It was okay at first, but then circumstances changed and I was given a lot of responsibilities with a decent wage to match. Very suddenly, the job began making demands of my evenings and weekends as well as the usual standard hours. By the time I arrived back home my eyes were dry and strained from staring at the computer all day, and I literally couldn’t face turning on the laptop to write more of my Quiet Novel.

Around the same time, a string of bad things happened to people close to me. Friends and family had nervous breakdowns, divorces, accidents – and unfair deaths were heaped upon them. I remember one evening meeting a friend for a post-work drink. I was under-slept and morose. I’d stayed up till the early hours, struggling with a particularly tricky section of the novel, and my head was tight and my left eye kept twitching. And as my friend told me about something unspeakably awful that had just happened to his father, I was listening and I was nodding, but all I could think of was my book. It was like I was stuck in the kitchen while above me the bath was running, overflowing, on the verge of flooding the house. My friend was sharing dreadful news about real, dreadful things, but I wanted to run upstairs and turn off the taps.

This anxiety soon overtook me. I felt the need to constantly ring-fence the book, to protect the tidily-planned quiet writing from the loud crapstorm that was blowing outside. After all – I was trying, in carefully restrained prose, to write a Respectable Novel where Nothing Happened. I couldn’t let my energies be drained, nor allow the real intricacies of Bad Things infect my neat and tidy representations of it all.

Looking back now, my stupidity then is almost amusing. While writing my book I came across a novel adorned with blurbs that praised the author for her “powers of empathy”, her “astonishing humaneness”, and I thought, ‘Ooh, I’d love to be described like that’, and I promptly bought the book, hoping it’d teach me how to write empathetic prose. Meanwhile, when my friend called, I’d see his name glowing on my phonescreen, and I’d set it to silent and keep chipping away at my stupid novel. I spent those evenings feeling guilt, frustration and a whole lot of loathing towards my friend – loathing I couldn’t quite face directing at myself.

And then, one heavy morning, I found myself weighted to the pavement, five minutes away from my office, completely unable to cross the road. I was stuck there, the rush-hour traffic idle, the green man of the traffic lights pulsing, and I couldn’t move. The sadness and the joy and the horror, it all filled me, and I couldn’t bare the thought of going into that office for another day, only to come home and resent the people I loved. An hour later, when I finally did cross the road (I had to take a detour, I had to find a new route to the office) I knocked on my boss’s door, quit the job, and called my friend to ask how he was doing.

It took a long time to learn how to give up on controlling the writing before it begins, to find in character and story the real pulses of how things are – and not the way we want them to be. And it took a lot of self-questioning to realise that I once chose to write a Quiet Novel – not because I wanted Literary Respect – but because I had been unwilling to confront the true sadnesses and joys, the real complications and contradictions of life as it’s really lived. And whatever about the next book I wrote – the book that will actually be published – writing the first one showed me how not to be.

You can’t cheat truth – and the Real resides in the quiet and the loud, in the serious and the absurd, and in that whole heavenly mix of the blood, the shit and the love.

We Don’t Know What We’re Doing, a collection of short stories, is published by Faber & Faber.

Linkedin
RELATED ARTICLES
OTHER ARTICLES
Rogue landlords are exploiting young and inexperienced renters and leaving them in mental and financial turmoil, reports Niall Hignett.
Rhiannon Adam spent three months capturing an ageing society wracked by division, isolation, and the aftermath of scandal.
Following the announcement of an 80% hike in the energy price cap from 1st October, crowds gathered outside the offices of energy regulator Ofgem to protest and declare their intention to undertake a payment strike.
Ahead of the release of their first collaborative album, the producer and rapper talk psychedelics and the state of UK hip hop.
Thousands attended the annual event this year to wheelie through the city and call for ‘knives down, bikes up’.
A new project is documenting formerly incarcerated people as they transition back into civilian life.