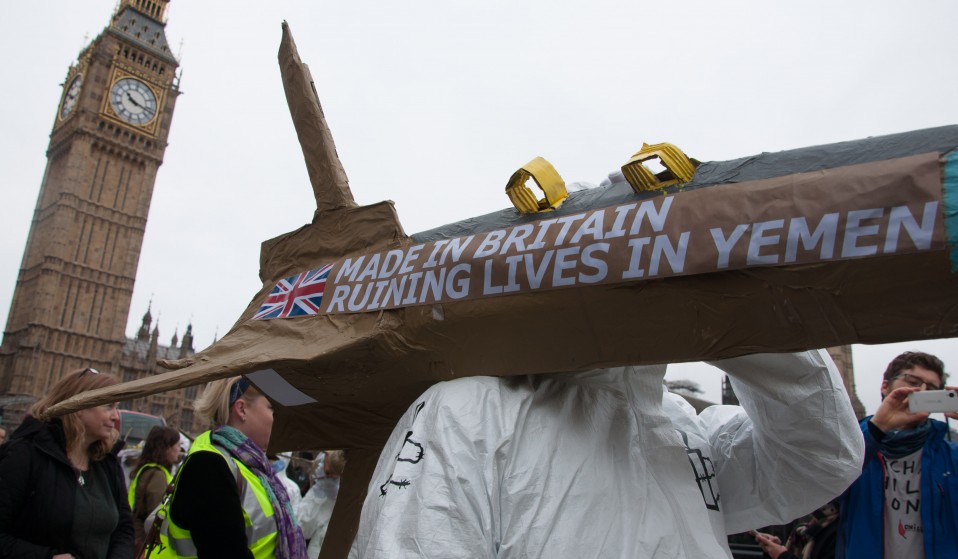 Protesting the sale of deadly British arms to the Yemen

Campaigners from Amnesty International delivered five giant dummy missiles to Downing Street today, in a bid to draw attention to the UK government’s refusal to halt exports of UK-manufactured arms to Saudi Arabia, despite the clear risk that they could be used to commit war crimes in Yemen. 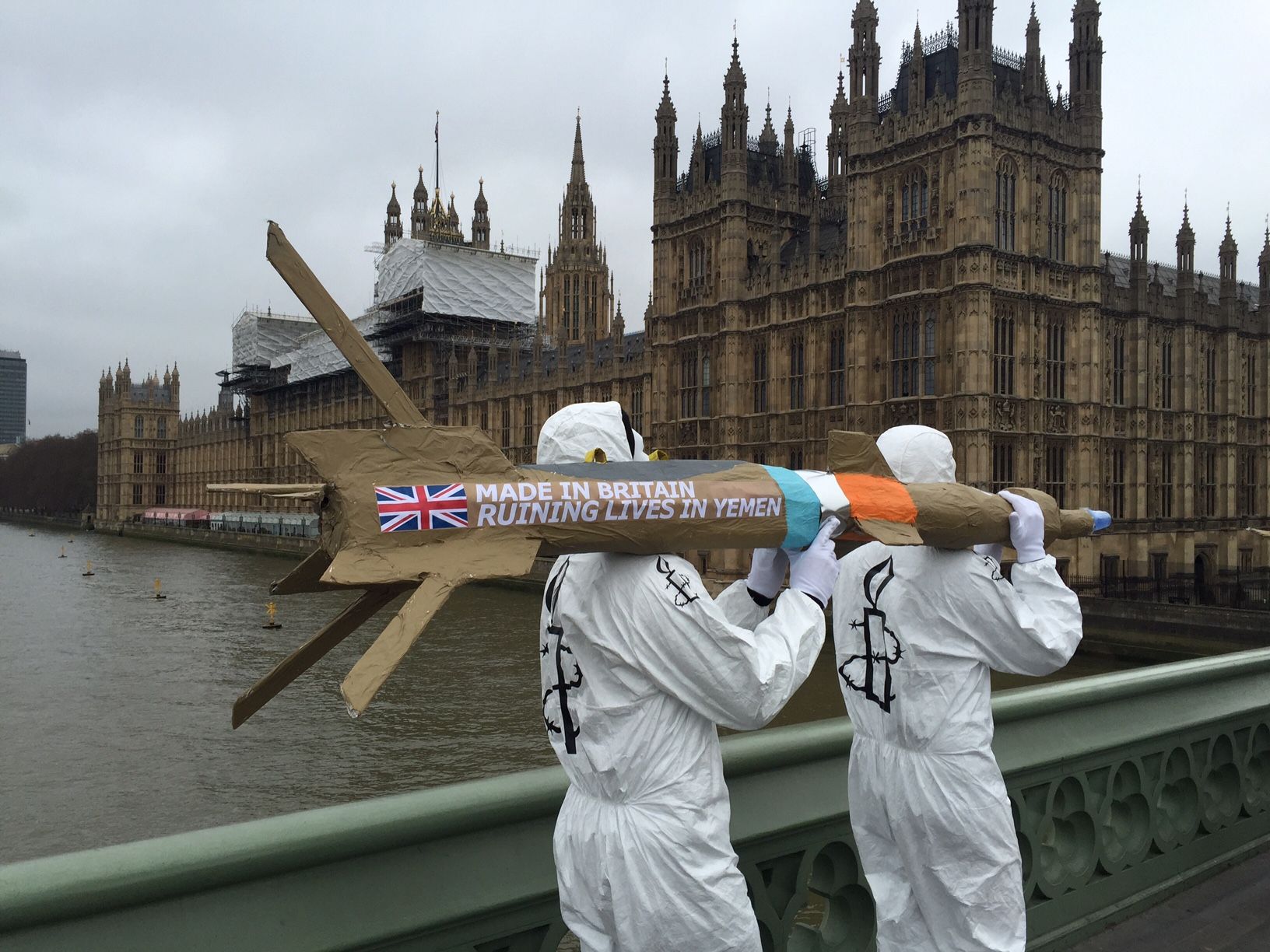 The missiles – 1.8-metres-long replicas of the 500lb “Paveway-IV” weapon, currently used by Saudi Arabia’s UK-supplied Eurofighter Typhoon war planes, bore the message “Made in Britain, destroying lives in Yemen”. Last year the UK transferred 58 combat aircraft and 2,400 missiles to Saudi Arabia, with the majority of this weaponry sold after Saudi Arabia’s deadly intervention in the conflict in Yemen.

More than 3,000 civilians – including 700 children – have been killed in Yemen in the last year alone. At least 2.5 million people have been forced to flee their homes, and at least 83 per cent of the country’s population are in dire need of humanitarian aid. It’s not hard to see why people are angry. 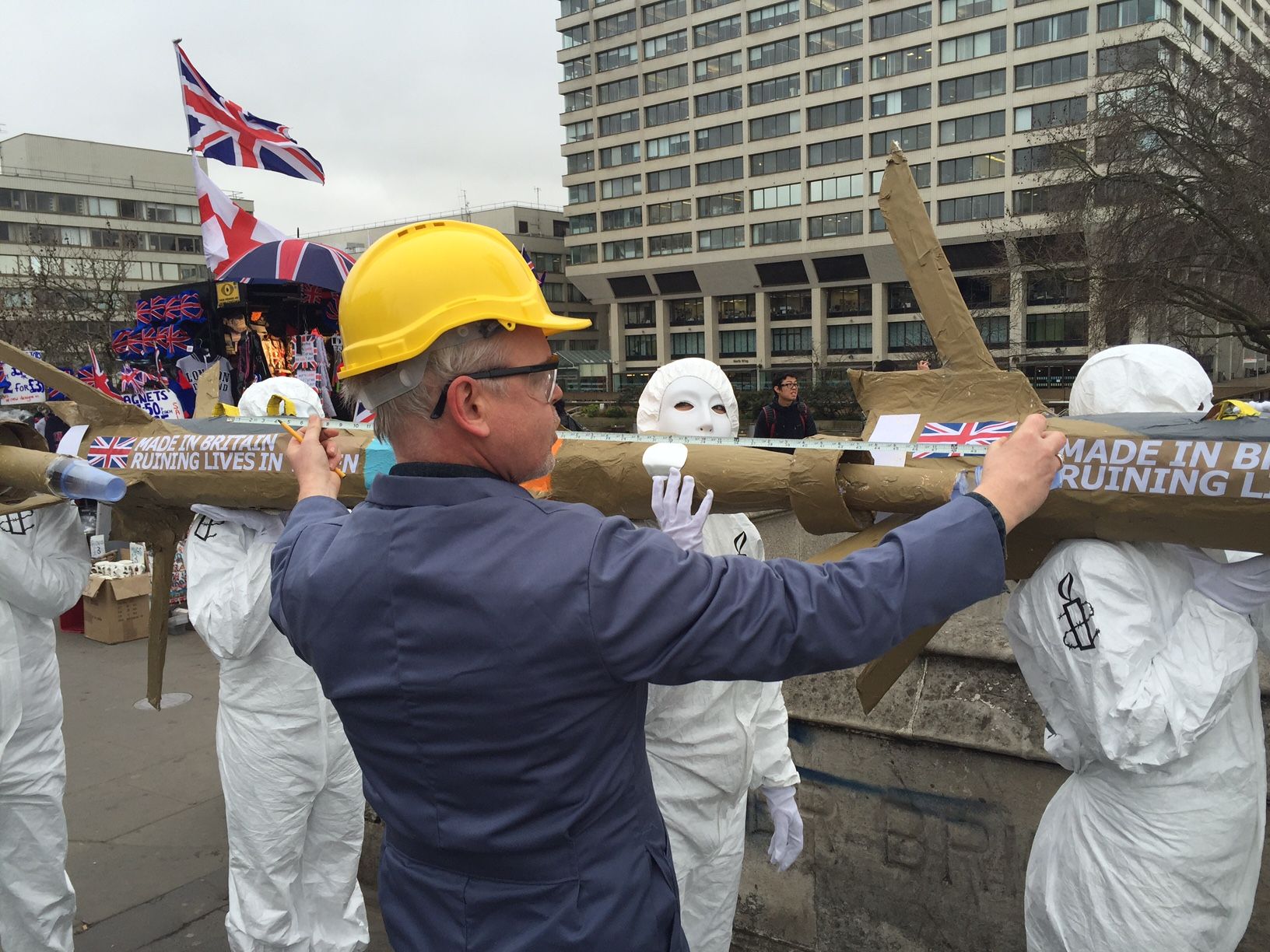 “It’s absolutely shocking that the UK is still selling billions of pounds’ worth of weapons to Saudi Arabia even as the civilian casualties have mounted and mounted in Yemen”, Amnesty International UK’s Arms Programme Director Oliver Sprague told HUCK.

“It’s hardly a matter of pride that misery in Yemen is Made in Britain. How much more devastation and carnage do we need to see in Yemen before the British Government keeps to its commitment to laws on arms trade, and suspend arms sales for the Saudi war machine?” 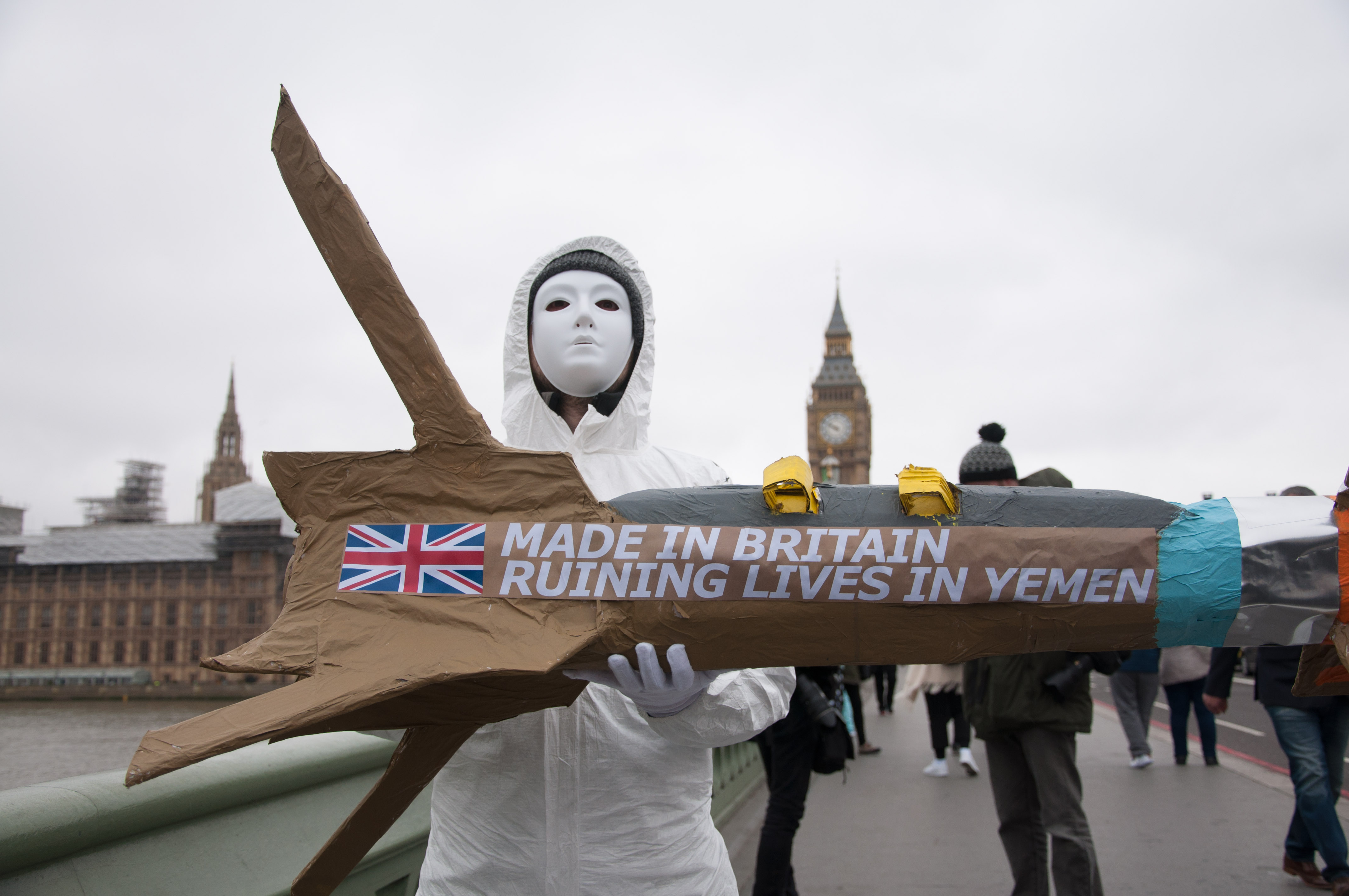 Since a bloody conflict erupted in Yemen a year ago, thousands of Yemeni civilians have been killed and injured, many in devastating airstrikes conducted by a Saudi Arabia-led military coalition. The UK is a major supplier of weaponry to the Royal Saudi Air Force – issuing licences for arms exports valued at £2.8bn between April and September last year, a period when civilian deaths in Yemen soared. The Prime Minister wasn’t there to sign for his delivery, but campaigners hope their attempt gives him pause for thought.

Whatsapp
RELATED ARTICLES
OTHER ARTICLES
With Native American history almost entirely excluded from the US curriculum, a group of illustrators are rewriting the narrative.
In their latest project, A Glittering Eye, photographers Courtney Asztalos and Michael W. Hicks capture a lavish world on the brink of collapse.
Photographer Giles Duley examines the impact COVID-19 will have on refugee camps, where conditions are already barely livable.
In a new series, produced in partnership with Squarespace, we spotlight real-life artists and makers as they adapt to life under lockdown.
With his new album, Will Toledo is embracing new sounds and donning a mask. He tells us why.
Campuses across the country have closed in response to the coronavirus crisis – but what about the students who have been left behind?