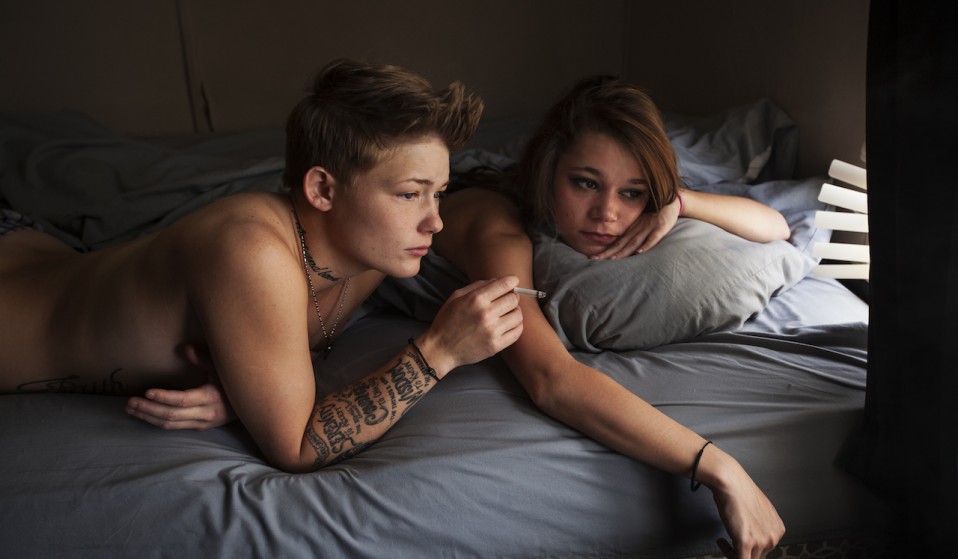 Photographer Phyllis B. Dooney embedded herself in Southern living to capture all the beautiful contradictions of an archetypal American family.

Award-winning photographer Phyllis B. Dooney embedded herself in Southern living to capture all the beautiful contradictions of an archetypal American family.

Phyllis B. Dooney headed for the Mississippi Delta looking for answers. As a self-described “Yankee from New England”, she wanted to learn more about the South – a region that shaped the US in ways still resonating today.

One place in particular stood out: Greenville, a river city with a layered history and a once-thriving economy.

It was there that the photographer found herself in a nostalgic karaoke bar called Spectators, with an old cigarette machine tucked in the corner and tables packed with people from a mixture of backgrounds. 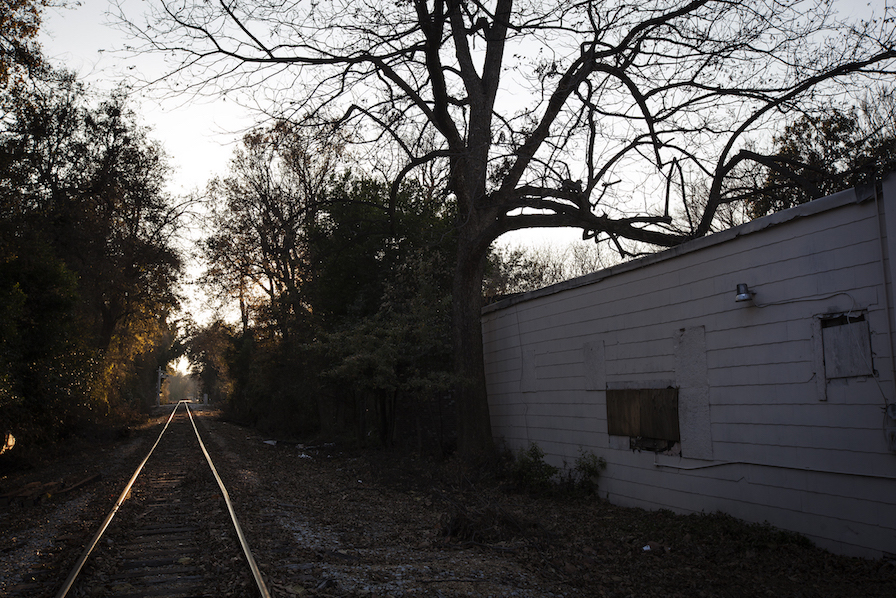 Phyllis had done her research – meeting with local nonprofits, studying the city’s history – and was on the lookout for a character whose story could bring the place to life.

“After college, I had worked as a photo art director and eventually decided the commercial world was not for me,” says Phyllis, whose work has appeared in The New York Times and The Atlantic.

“I wanted to get back behind the camera with real people and tell real stories. This journey was a long one and not as easy as you’d expect! I’m also passionate about social justice in America and I realised that I had to align myself and my work with that impulse.” 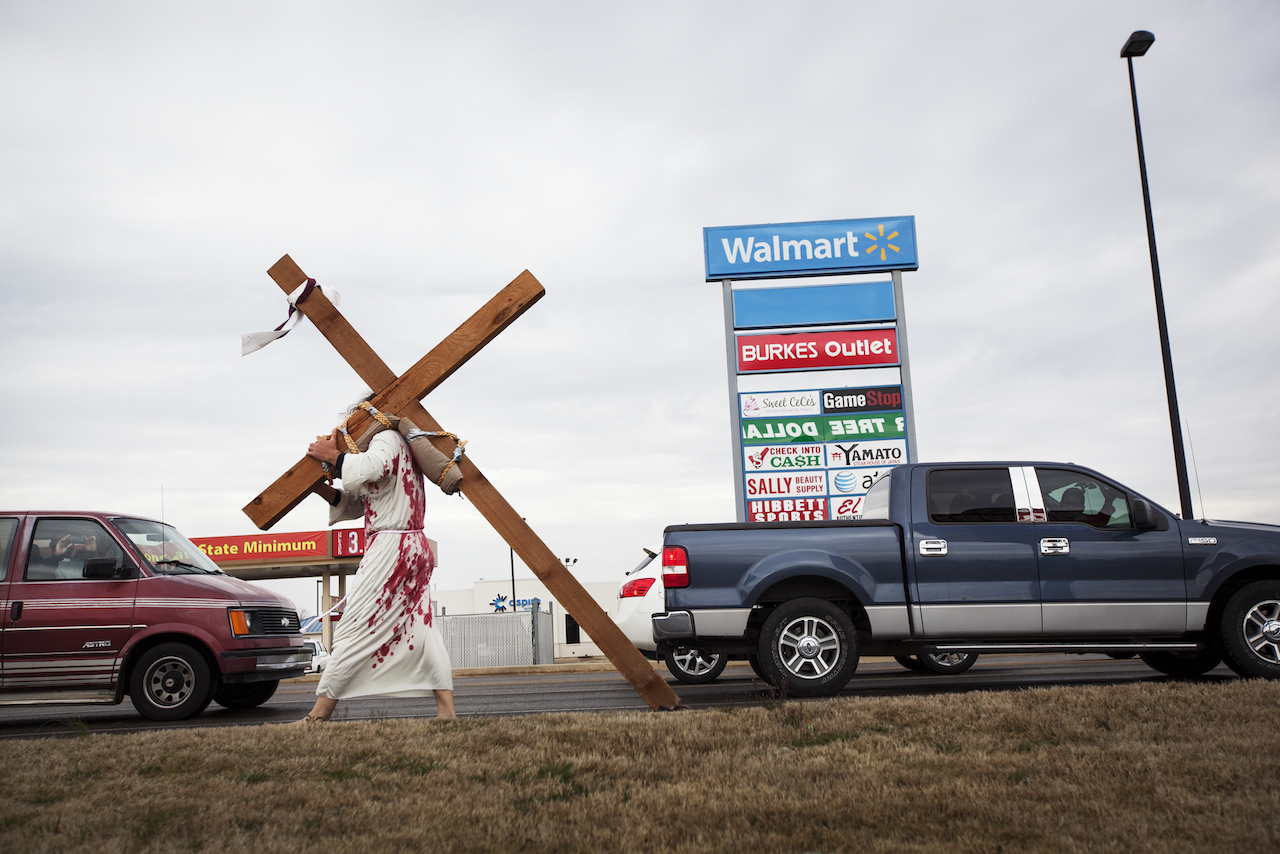 A member of Emmanuel Baptist Church carries the cross around town to remind locals of Jesus’ sacrifice on Good Friday.

That night in the karaoke bar, an 18-year-old woman dressed like Justin Bieber approached the microphone. She called herself “$uperdike” and launched into a cover of Eminem, loaded with conviction, before taking a seat and whispering affectionately with her girlfriend.

It made so much of an impression that Phyllis felt compelled to follow the teen as she left, asking to drop by her house the next day because it felt like she had a story worth telling.

“That did not come naturally to me,” says Phyllis. “I had to work on this skill. I am a very private and respectful person.

“At some point, however, I realised that this action – of interrupting someone’s path and asking them to share with you – is part of the solution, not the problem… What we need more of these days is human connection.” 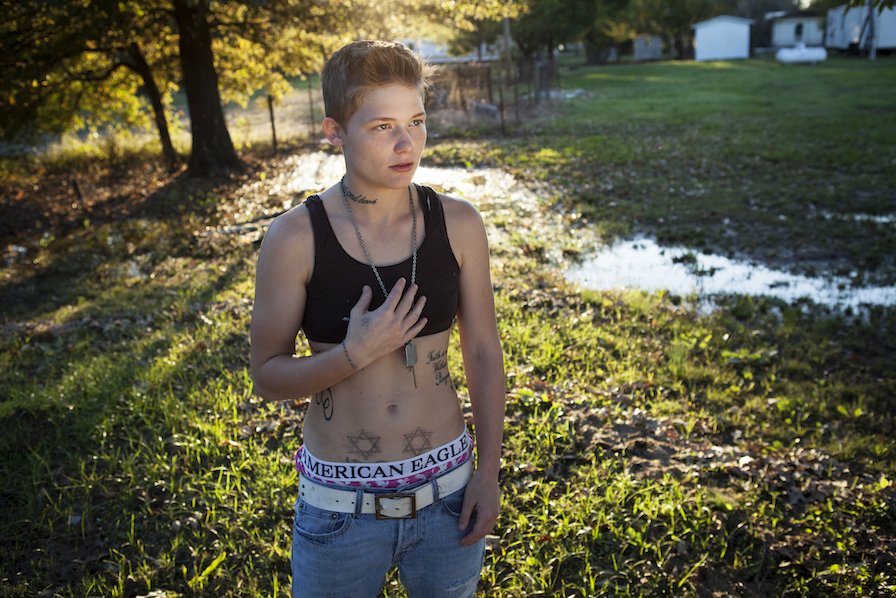 Halea Brown poses outside of her childhood home. “This image, taken early on, represents the body of work for me the most. The details reveal a lot: an autobiography of tattoos, the unique light of the Delta, the saturation of the soil, and her unequivocal gaze.” – Phyllis B. Dooney.

The young woman, whose name is Halea Brown, said yes. She introduced Phyllis to her wider family and the photographer came to see them as an emblem of “the shared American way of life” – a complex mix of resilience and despair, individuality and togetherness.

Spending the next five years embedded in Halea’s world proved to be unlike anything Phyllis had done before.

But doing it in Mississippi would take some buy-in, given how cautious and defensive locals can be around so-called ‘outcomers’. 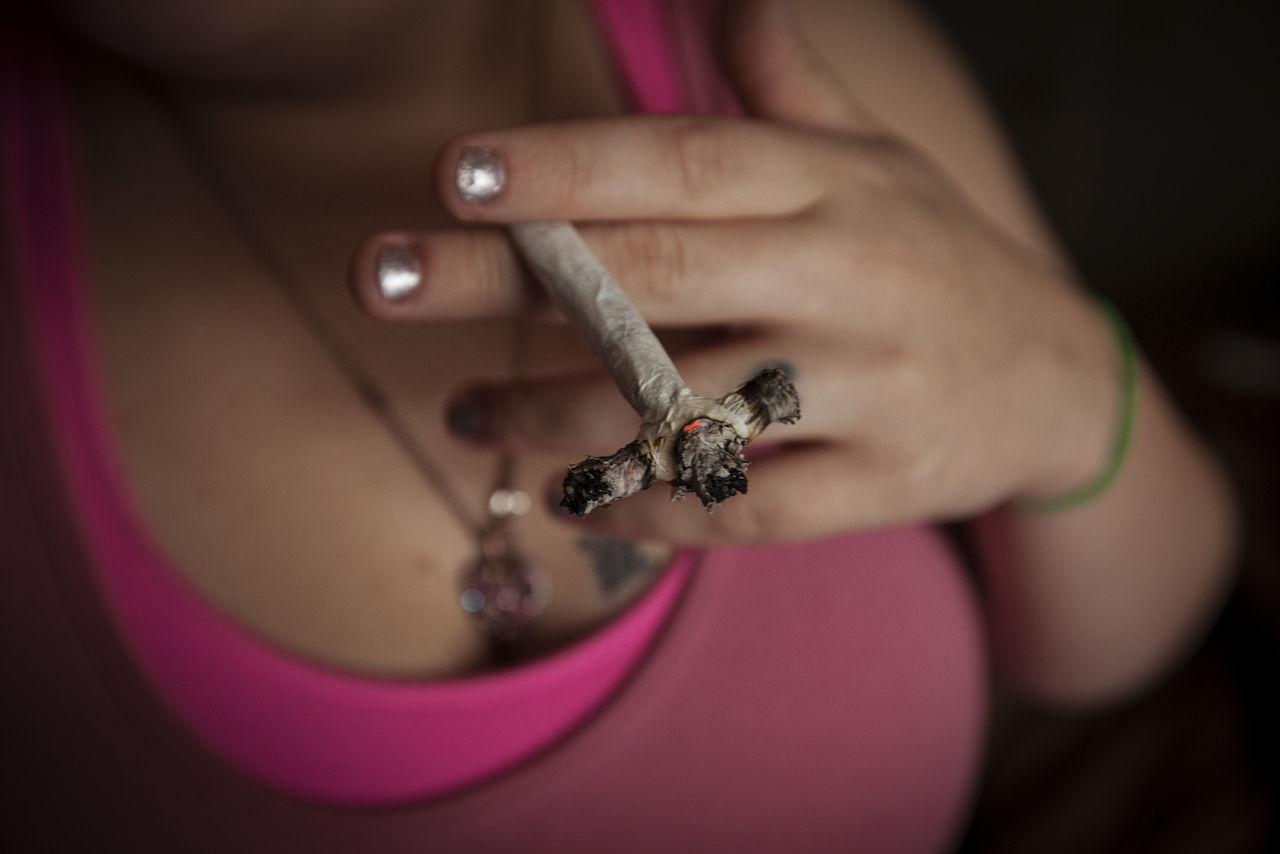 “Folks in the South are particularly wary of people coming down from the North and representing them,” she says.

“As an ‘outsider’, it took a lot of time spent there to gain people’s trust. At the end of the day, time and transparency can facilitate that. I love Black Lives Matter’s credo ‘move at the speed of trust.’ That’s essential in my work and personal life.” 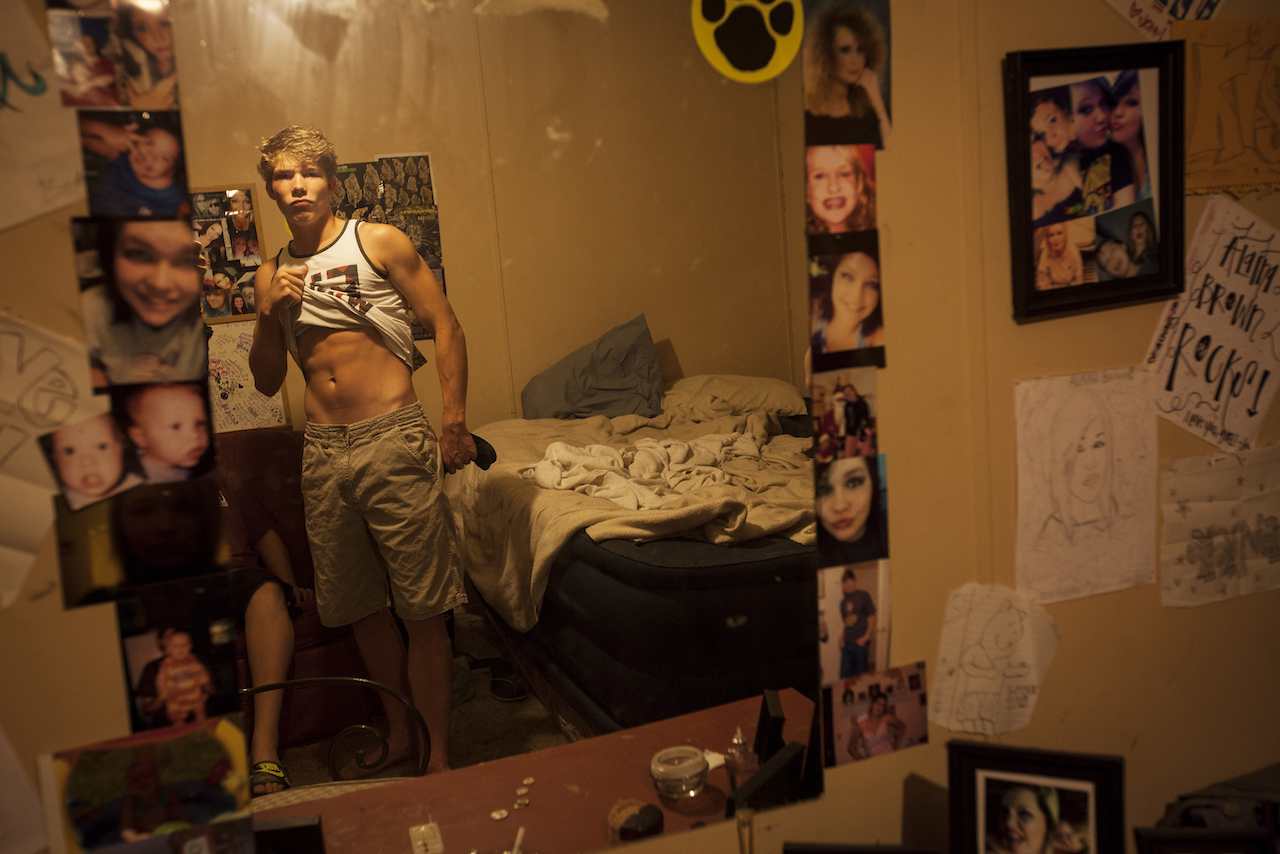 Aleck Brown admires himself in his sister’s mirror.

The project turned into Gravity is Stronger Here: a photo book following Halea and the Browns through cinematic photographs by Phyllis and ‘docu-poems’ (constructed from interviews and time spent with the family) by writer Jardine Libaire.

It digs candidly into subjects like sexuality, addiction, loyalty and religion – a process, Phyllis says, that required a two-way street built on access and chemistry. 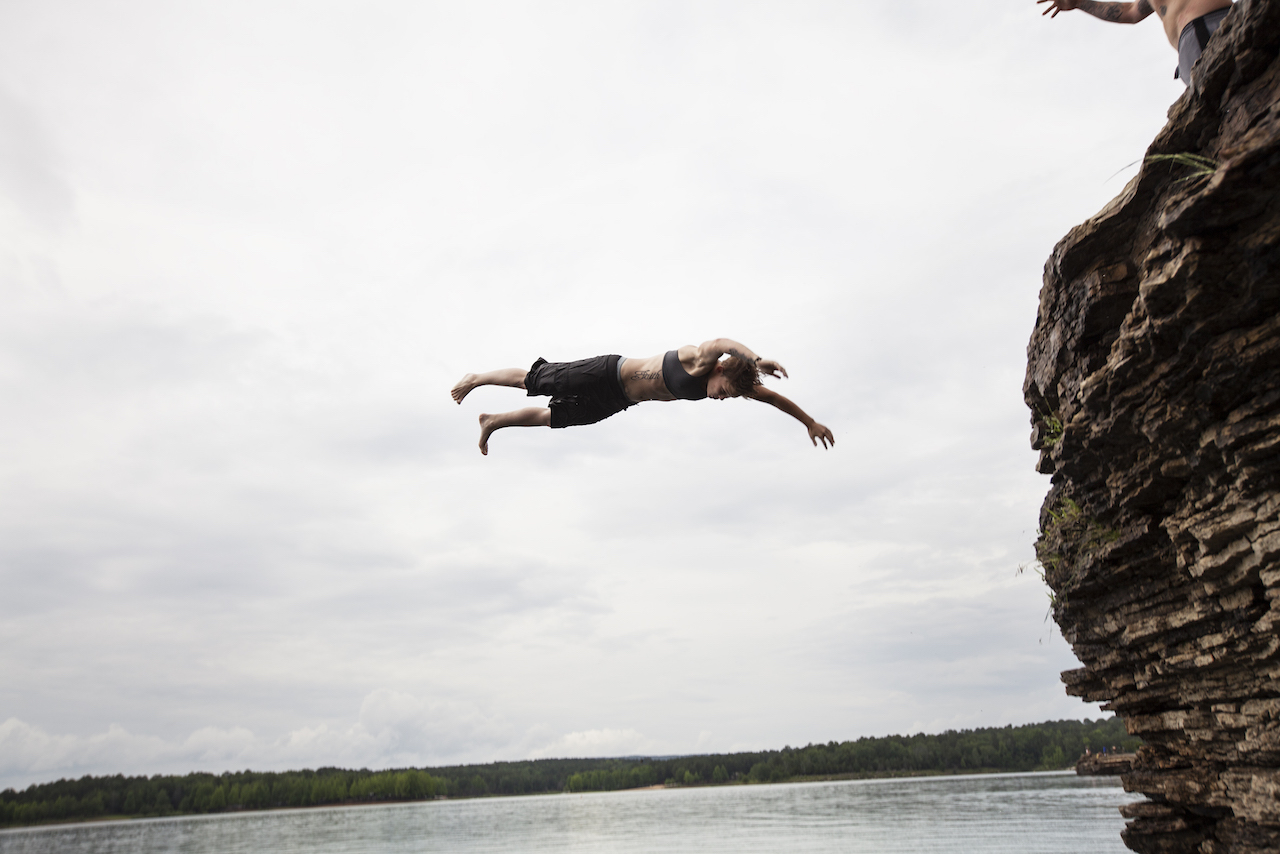 Halea Brown cliff-jumps with a tattoo that reads “Faith” in neighbouring Arkansa.

“Documenting people invariably means that you are in relationships,” she says. “The nature of these relationships; how one navigates them, how one preserves the dignity of the participants as the person in control, and on and on – these are soul-searching questions and riddles along the way.”

At some point, four years into the project, Phyllis asked Halea how it felt to be documented.

Her answer was a mixture of warmth but also distance, of trust but with an acknowledgement of being used. (The full answer is printed in the book and will be explored in a series of short films available online from April.)

“I felt terrible when I heard [her comments about being used] but not surprised – and quite honoured that she felt comfortable enough to say that to me,” says Phyllis, who’s studying an MFA at Duke university.

“I think it speaks volumes to the practice of documentary. No matter how close you are with your subjects – I prefer ‘participants’ – and no matter how transparent, there is always this dynamic underlying everything.” 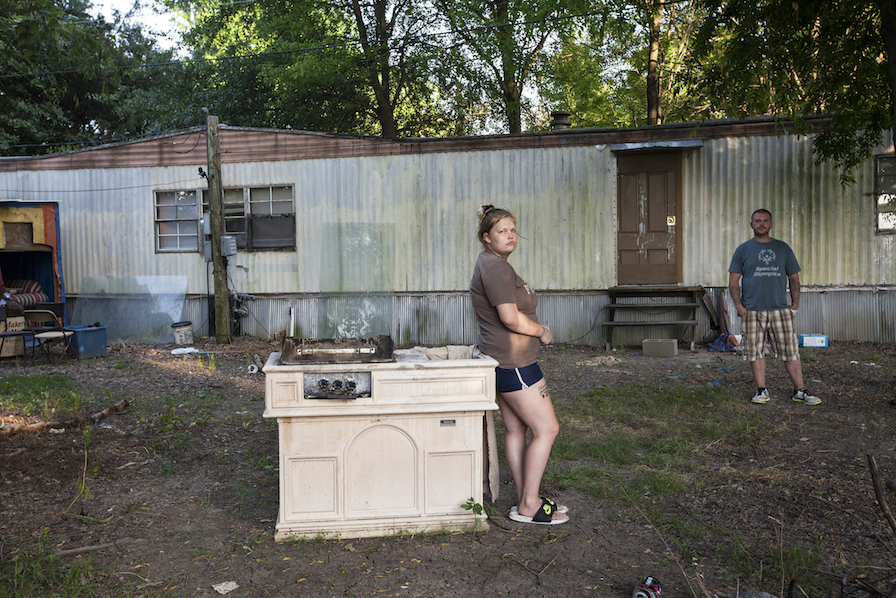 Alaina Brown and her boyfriend, Josh, pose outside their house in Greenville.

At a time when the likes of Instagram and YouTube can create careers and even celebrities, Phyllis says, just the act of documenting produces expectations of fame and wealth. There’s an assumption that there must be life-changing benefits involved.

“What most people don’t realise is that most documentary is created in a vacuum of funding! And that oftentimes it is the reward of the process, the process of sharing, that sustains the maker.” 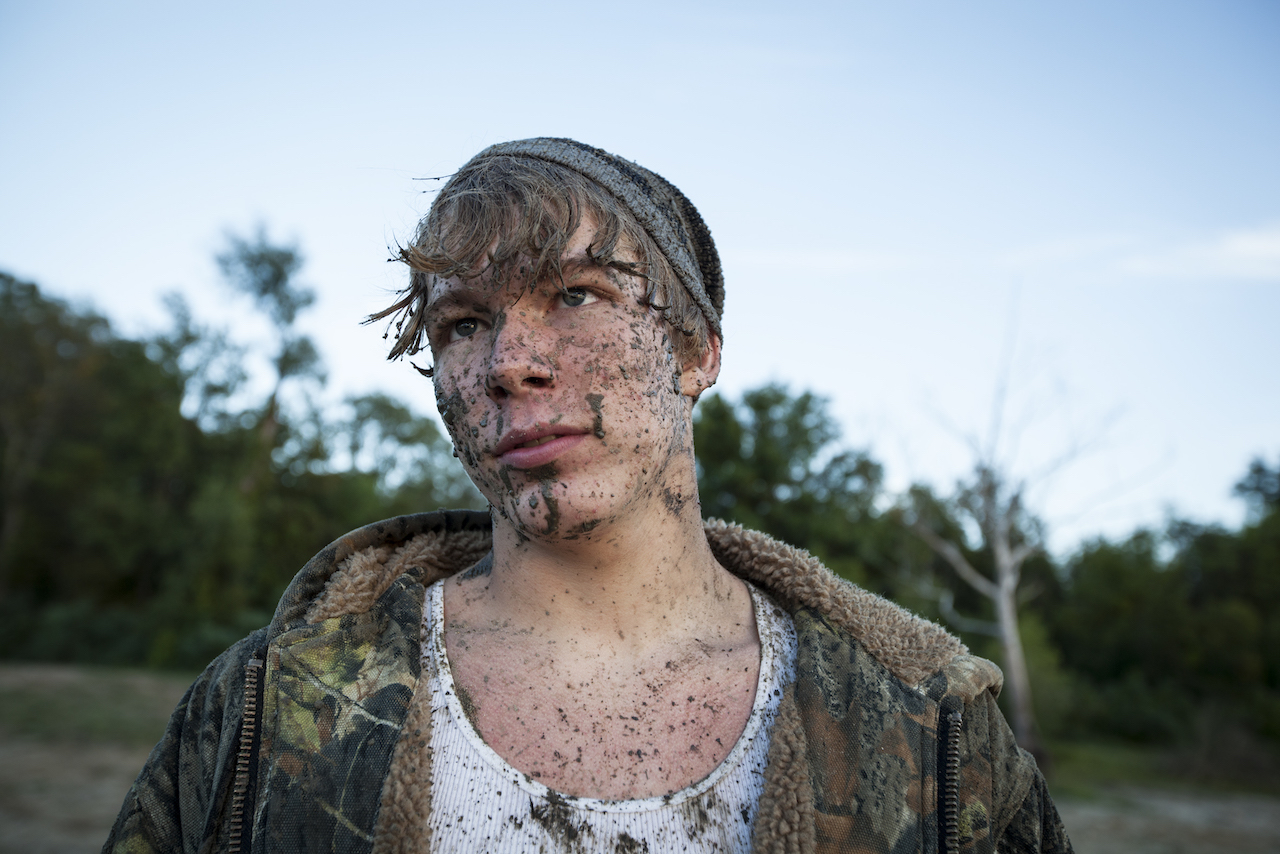 Aleck Brown after an afternoon of mud riding in Greenville.

“Of course, the power dynamic inherent in documentary work – ethics that permeate anthropology and ethnography – will always exist as long as one is pointing a camera outwardly. This is something that I struggle with but ultimately have resigned to accept.

“The benefits of storytelling outweigh the ethical dilemmas of representation if you pay close attention to your own moral compass along the way.” 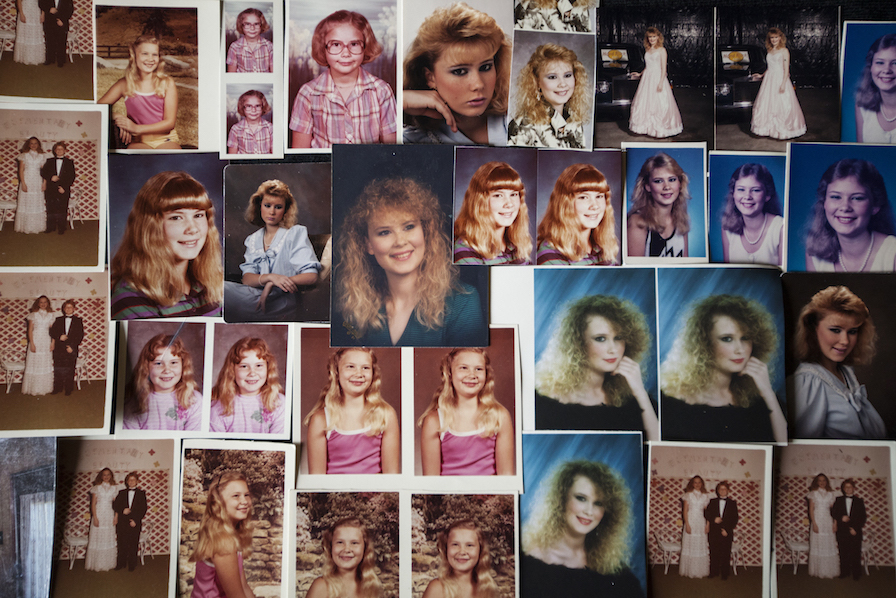 Asked what she discovered about herself on that journey, navigating thorny issues and sorting through delicate subject matter, Phyllis emphasis the importance of clarity.

“I learned that I have to be the best listener – to those I am representing and to my own instincts – that I can be.

“Listening, even more than seeing, is how I manage my role in this process. I am not sure I was a good listener before I began this line of work!” 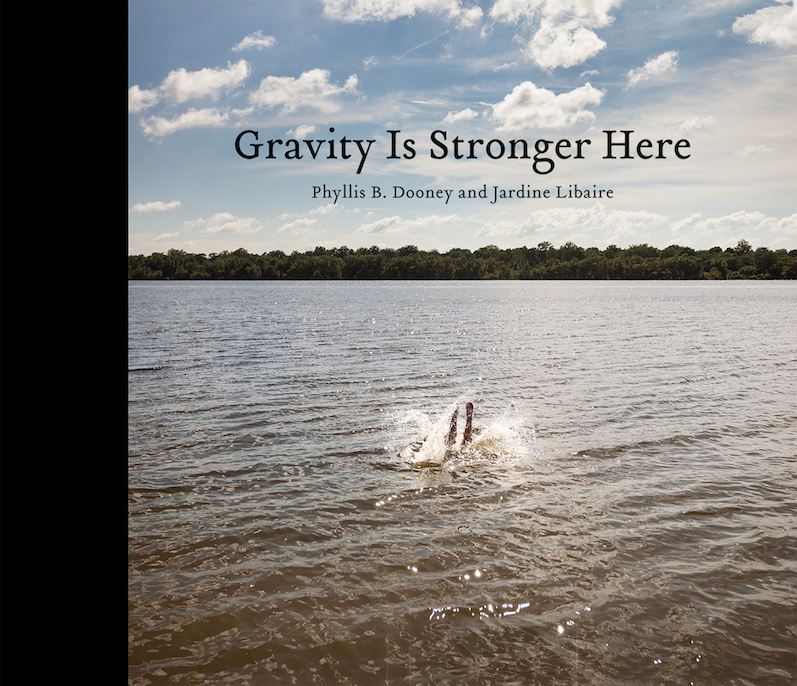 Gravity is Stronger Here is published through Kehrer Verlag on 31 March. As part of the project, short films will appears on its official site from April.

Linkedin
RELATED ARTICLES
OTHER ARTICLES
A new exhibitions brings together the work of photographers who documented the deep unrest of these pivotal decades.
A new law change is enabling Britain’s donor-conceived children to know the truth about their origins – but campaigners say the fertility industry must do more to protect people.
After building his reputation covering the US civil rights movement in the 1960s, the photographer went on to produce some of the most enduring images of the past century.
Since 2007, Gideon Mendel has made 20 trips to document floods in 13 countries. The result is an alarming record of what has already been lost to the climate emergency.
Activists and campaigners are fighting back against new laws that would seriously undermine the ability to take industrial action, calling it an attack on fundamental workers' rights.
After blocking the Scottish government’s gender recognition reform bill, Westminster is now devising further changes to the law to make it harder for trans people to self-identify.