Art & Culture / ‘Flee’ is more than just a refugee story 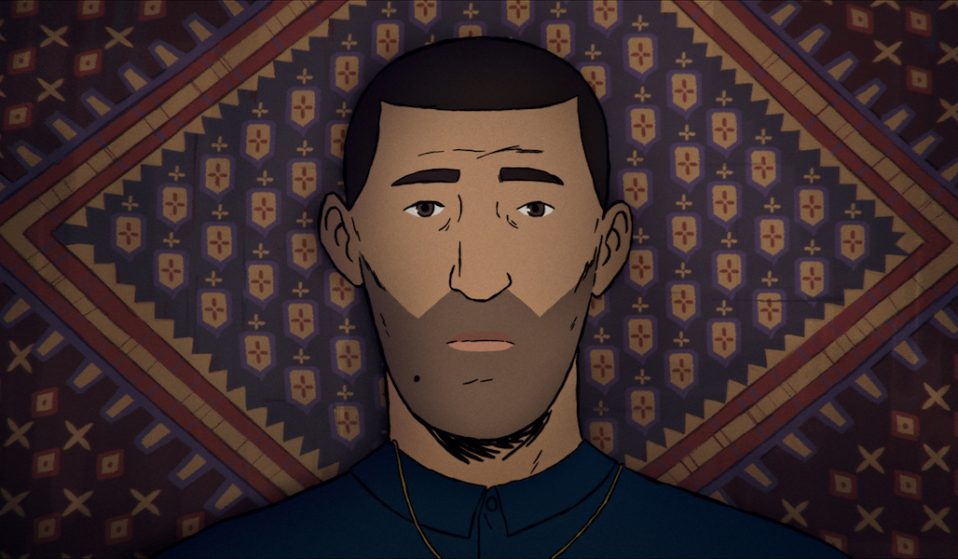 Amid the ever-intensifying campaign waged against asylum seekers by the Home Office, and the prevalence of dehumanising narratives surrounding refugees spread by politicians and the media, Jonas Poher Rasmussen’s Flee probably couldn’t have arrived at a better time. Last week it played at the London Film Festival – one of its myriad stops ahead of a promising awards season.

Boiled down to an attractive marketing logline, one might describe it as “a story of refugees escaping war-torn Afghanistan,” or “a true tale of asylum seekers with burning contemporary resonance”. Both would be technically true, but they are only constituent elements of a much broader mosaic. At the centre of the true story is Amin Nawabi (a pseudonym), with the film broadly covering his adolescence as he, yes, escapes Afghanistan after the Soviet withdrawal in the late ‘80s. But it’s also about family, friendship, sexuality, and the callous effects grander geopolitics can have on innocent individuals. Most strikingly, Amin reveals his deepest secret: that the story he had lived by up to this point was in some way fictional, given to him by human traffickers.

Documentary filmmakers have used ingenious methods to conceal the identities of their subjects, be it for reasons of legality or otherwise: in Welcome to Chechnya, David France’s film on the queer genocide waged by the Chechen state, the interviewees are face-swapped using CGI. The formal methodology, here, is a little more conventional, but by no means less artistically effective: Flee is (almost) entirely animated, but rooted within reality vis-à-vis Rasmussen and Amin’s voices.

The jittery, pencil-drawn style is gorgeous. But animation also allowed the filmmakers deeper thematic abstraction. “It’s very much a story about memory and trauma,” says Rasmussen, sitting across from me in a London hotel. “Animation allowed us to be a lot more expressive and surreal than we would be able to with a camera. It enabled us to lift it in a way we couldn’t have with live-action.” Huck spoke to Rasmussen about his relationship with Amin, his ethical considerations around telling Amin’s story, and why calling Flee a “refugee story” risks being reductive.

I’m conscious you cover this in the film quite extensively, but I’d be interested to hear more about how your relationship with Amin began.

I grew up in a very small village in rural Denmark, with like 500 people in it. When I was 15, Amin arrived. The first time I saw him – it’s in the film – I saw him on the train. He was very fashionable. So I just thought, ‘Ok, that guy, he looks cool’. And I really wanted to get to know him.

I was surprised that he got off at the same bus stop as I did, and I figured out he stayed in foster care with a family around the corner from where I lived. He learned Danish really fast, and we started meeting up at a bus stop to go to high school, so we slowly became good friends. That’s where it started. I really wanted to get to know him back then, but it took twenty-five years before he really opened up. [Laughs.]

It’s particularly striking how much you get him to open up to you – details that he didn’t reveal, even, to his partner. How long did that process take?

Years passed, and I have a background in radio. I think about fifteen years ago, I asked him if I could do a radio documentary about his story. At that point he said no, but that he knew he would have to tell the story at some point, he just wasn’t ready yet. But when he was ready, he’d tell me.

And then, eight years ago, I was invited for this workshop in Denmark where dozens of filmmakers gather to develop ideas for animated documentaries. They asked if I had an idea, and I thought this would be the right way to tell his story. So I called him up, and he finally said yes. At the beginning, we were very much trying it out. I think I’ve done around fifteen or twenty interviews with him during the span of three or four years: it was a process of slowly opening up his story, and you know, a lot of things he had forgotten. It took time to revitalise the memories. It was a long process.

There’s a lot to dive into there. First of all, what are the key ethical concerns you have in mind as a filmmaker – around the story of a friend, someone who’s still alive, when there’s a level of legal ambiguity…

Yes, in the beginning, there were a lot of concerns around potential legal issues. We actually got his file and had a lawyer look at it and found that, actually, there were no legal issues, because his asylum was given on the basis that he was a minor from a war-torn country. They didn’t base his asylum at all on the story he had told us all, he just didn’t know. The human traffickers, they don’t know the laws. So they just give a story to all the refugees to cover their own backs.

It must have been quite liberating for him to find out, through the process of the film, that he had no legal restrictions.

It was, but it was also a shock. He carried this around for so long, and felt like he had to lie – also, maybe he could have just gone to be with his family in Sweden. But the reason we’re still keeping him anonymous is mainly because it’s hard for him to talk about these things. All of a sudden, he’s a public figure based on his traumatic experiences, and people who he would meet in professional settings – or the supermarket – could come and ask him about things that he has a really hard time talking about. So, for him, it’s really about keeping the freedom, and control, of when he would like to talk about these things. It is still very difficult.

You’ve spoken before about how you didn’t want to make a “refugee story”. Why? Is that a reductive category?

I think it’s reductive, yeah. I think being a refugee becomes an identity, which I don’t think it is. It’s a circumstance, something you live through. So really, it’s about humanising, making a character you can relate to. Yes, he’s a refugee, and that’s something that will affect him for the rest of his life, but he’s also gay, he has feeling, he has family, he has friends. So to not dehumanise him, I think it’s important to look at all of these different aspects.

It’s kind of a double coming out: he’s sharing his story for the first time, but it’s also the story of a gay Afghan man, and having to come out to his family. So really, I’m trying to avoid it being called a “refugee story,” because it’s so much more. But of course, I called it Flee, so… [Laughs.]

Riz Ahmed and Nikolaj Coster-Waldau are providing the voices of Amin and you, respectively, for an English dub. Do you think dubbing risks breaking down the reality of documentary? Given it’s animated, your voices are an important anchor.

I’ve seen the English dub version, and I think they’ve done so well. I think it still works. I’ve shown it to a couple of people for who English is their first language and for them to not have to read subtitles, and just kind of sit back and have it in their own language, it actually had quite a deep impact. So I think it worked out but of course, it does lack the fact that you know it’s the real voices behind the images, which I think is a very powerful element – all of the little gasps, the breaths for air, the pauses in his voice – you know it’s a real person. But my hope is that if someone sees this version first, and loves it, they’ll see the original afterwards and get the full experience.

How does Amin feel about the film’s success on the festival circuit, now that there are so many eyes on his story?

He’s really happy about it – I think he’s very relieved that he’s not a part of it, like I am. [Laughs.] But he’s really happy about it. And you know, the film is here [at the London Film Festival], and two days ago, it screened at MoMA in New York. So to see his story, to see his kind of story, being shown in these places, is super important to him. And that people can relate to it across the world is really amazing.

Linkedin
RELATED ARTICLES
OTHER ARTICLES
A group of Ukrainians living in Poland are helping Ukraine withstand Russia’s brutal invasion by buying supplies and shipping them directly to the war’s frontlines.
Following the success of her debut novel, the Tottenham native is restating her commitment to the place that made her.
Members of the collective share some of their reasons to run as part of #UnitedBySummits, a campaign that looks to uncover transformative power of the outdoors.
After news broke last week around an expected reversal of the 1973 landmark law that made abortion legal in the US, protestors gathered in the UK in support of American women.
Following the release of his newly republished 1991 book, Redheads, the American photographer reflects on his celebration of ginger people and their magnetic power.
Shifting the focus from the cost of living crisis to tackling obesity while many starve or freeze is farcical and pointless, writes Fatzine founder Gina Tonic.